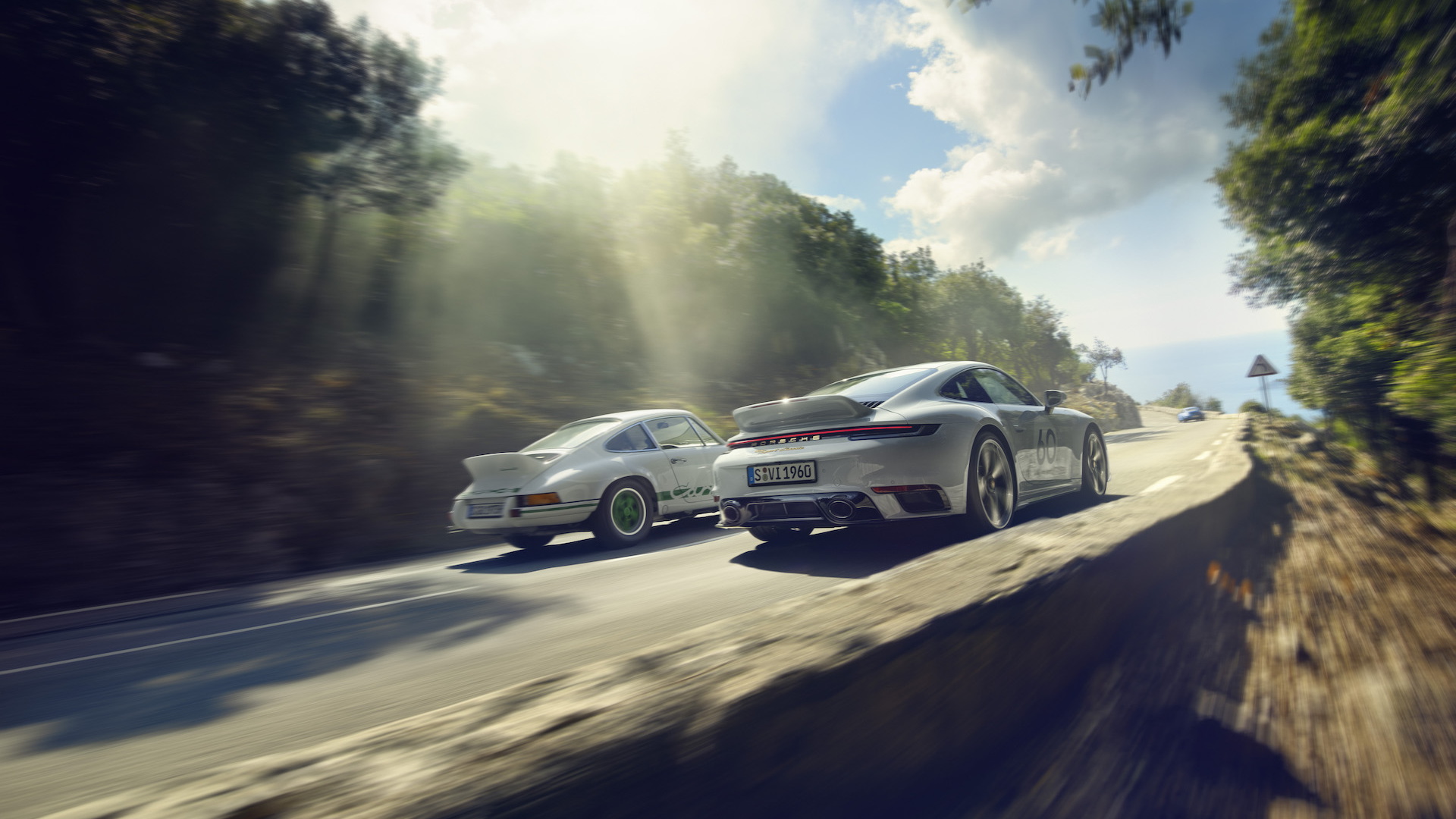 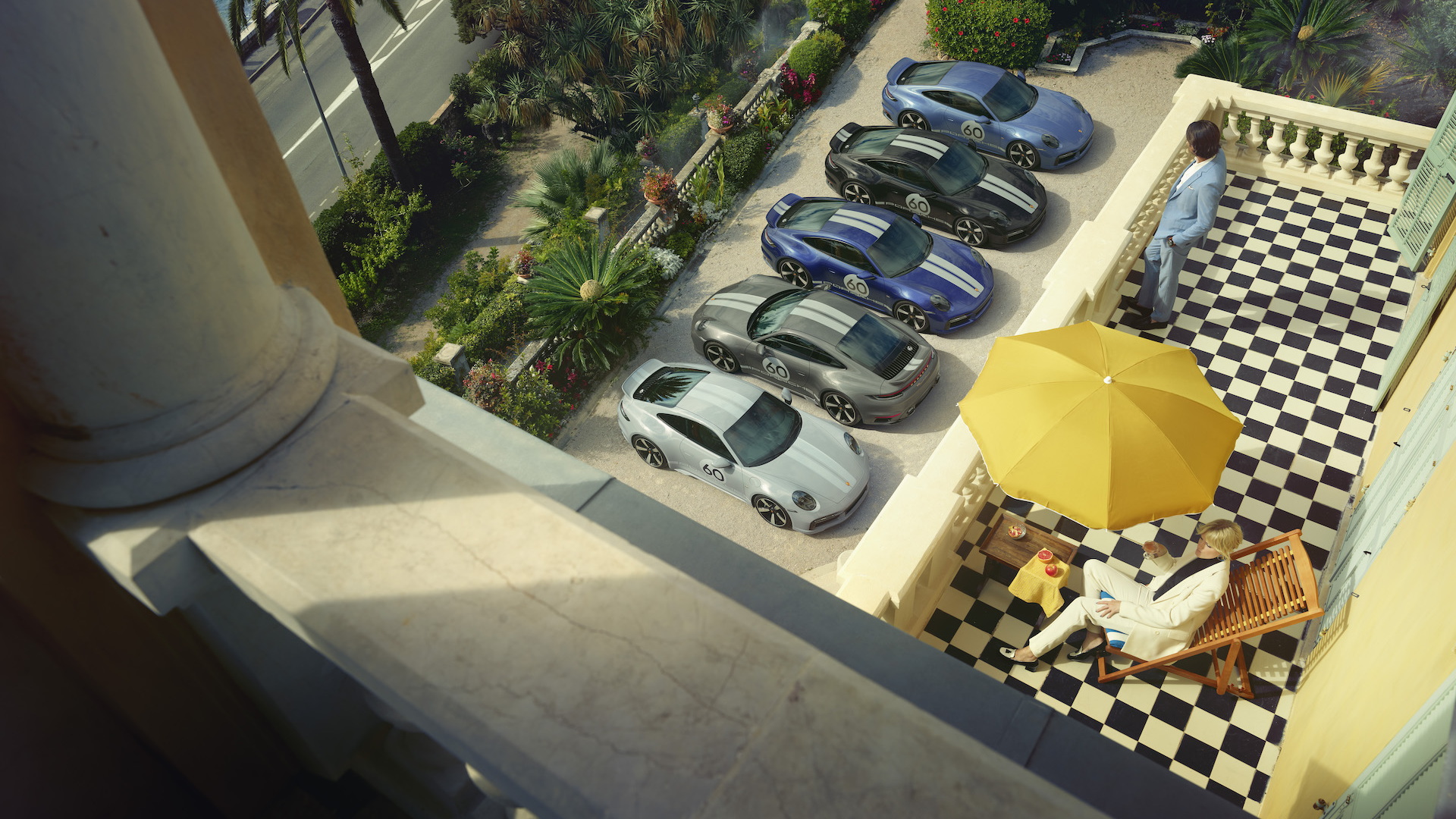 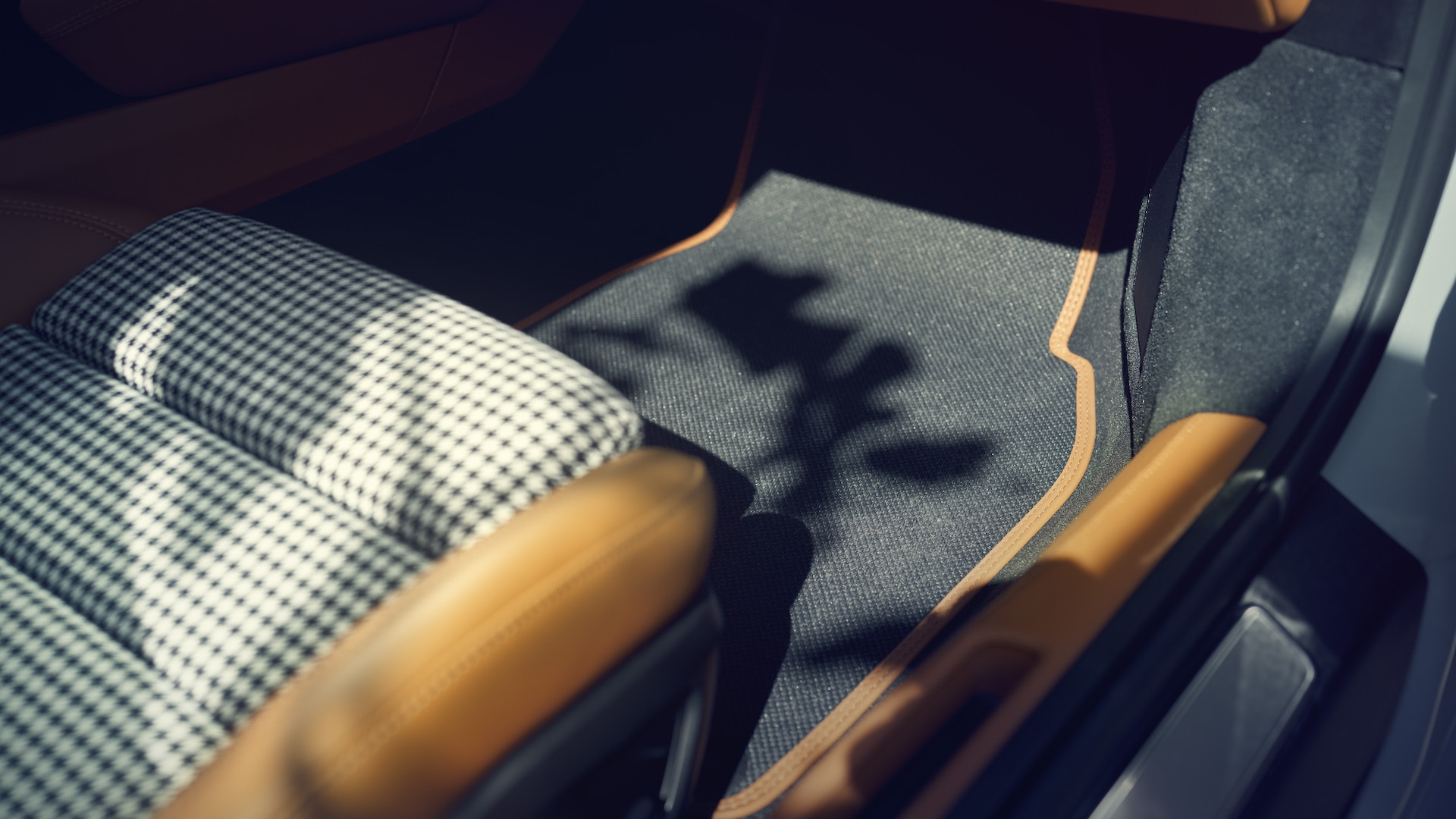 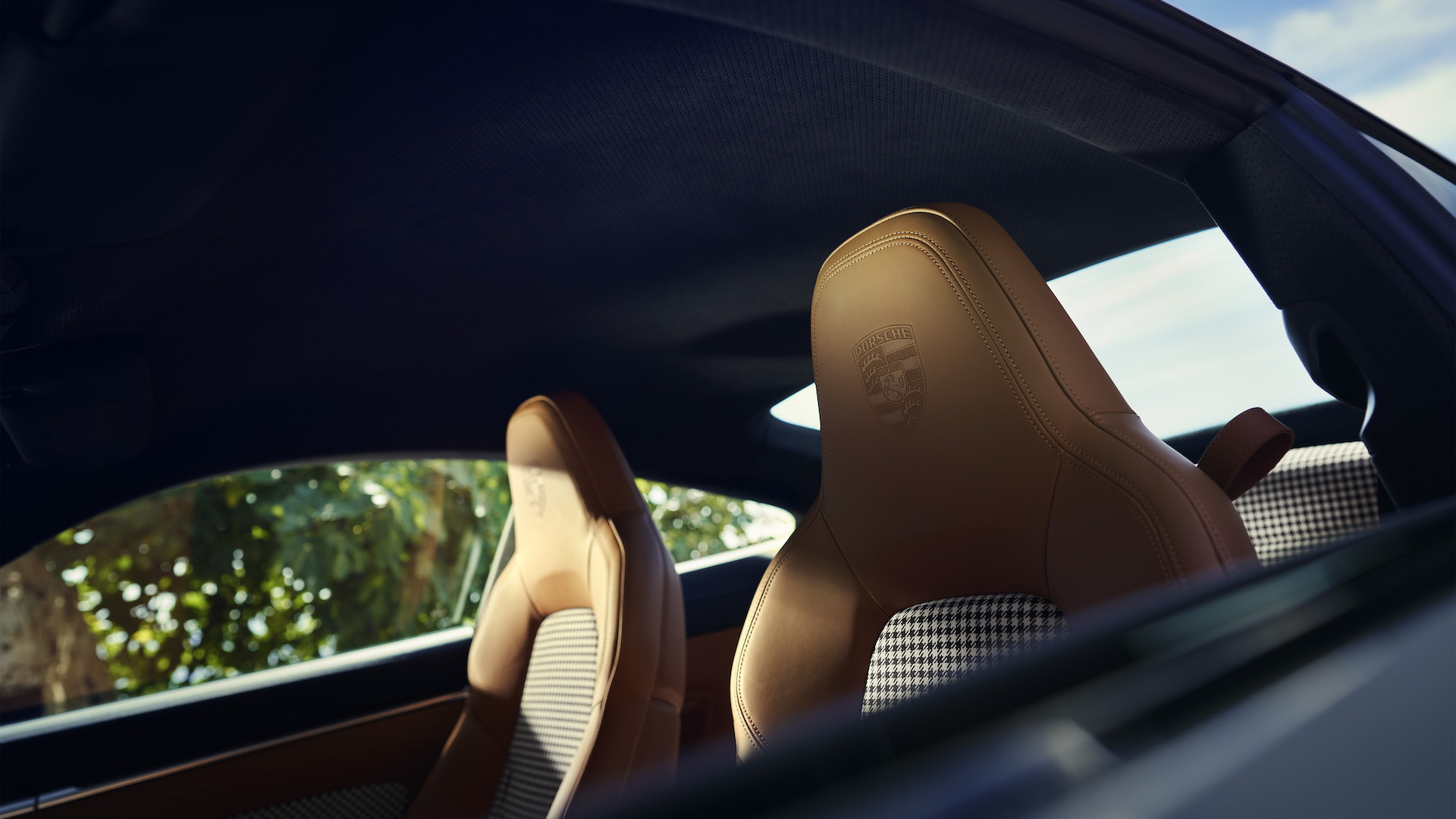 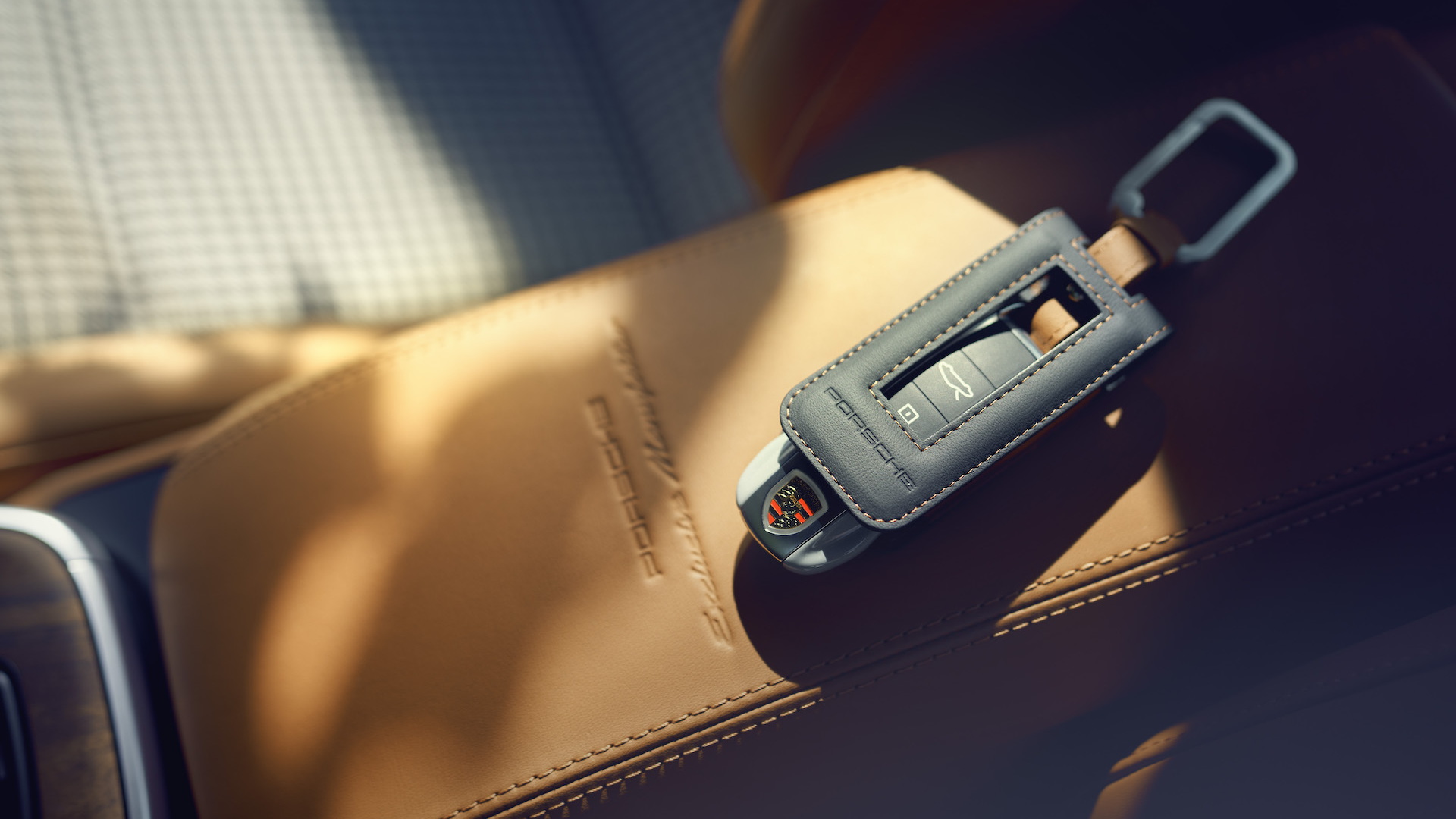 Porschephiles know the score. The Turbo models are always all-wheel drive, they can be spotted by the big intake cutouts in their rear fenders, and the last model with a manual transmission was 2012.

The 2023 Porsche 911 Sport Classic defies those conventions while sampling styling elements from the late 1950s through the early 1970s. The first 911 in the series was the 2021 911 Targa 4S Heritage Design that debuted in June 2021. That car aimed for a 1950s theme. Porsche said two more models are coming, one that draws its inspiration from the 1970s and the other influenced by the 1980s.

The special edition allows buyers to get a different type of Turbo, one that's more analog. Based on the Turbo S model, this one comes only with rear-wheel drive and a 7-speed manual transmission, and Porsche does away with the signature side cooling vents. Instead, a Porsche representative said the 992-generation 911 doesn't need as much cooling as Turbos of the past and the engine can be adequately cooled using the inlets on the rear bumper and ducts under the rear spoiler.

The version of the Turbo S's twin-turbocharged 3.7-liter flat-6 doesn't need as much cooling because it doesn't make as much power, spinning out 543 hp and 443 lb-ft of torque instead of 572 hp and 553 lb-ft in a standard 911 Turbo and 640 hp and 580 lb-ft in the 911 Turbo S. Porsche said only engine mapping was changed to decrease the power. There is no word yet on what the reduced power might mean for performance, though we can still expect the car to be a rocket.

The exterior sports heritage cues. The gray color was used on Porsche 356 models from the '50s and '60s. Here, its offset with white stripes set into recesses in the roof and a new carbon-fiber-reinforced plastic (CFRP) hood. These stripes are painted on instead of applied as stickers as they were on the first Heritage Design model. The stripes and gumball on the sides are stickers; they can be deleted and buyers can pick their favorite number between 1 and 99.

A Porsche rep said this model is meant more for Palm Springs cruising than Laguna Seca track driving. As such, it doesn't have as many aerodynamic elements. The front splitter is no longer active, and the CFRP rear spoiler is fixed instead of movable. That rear spoiler takes on the iconic ducktail design that honors the 1973 911 2.7 model. The exterior also gets gold badges and a modern interpretation of five-spoke Fuchs-style wheels with center locks.

Inside, the car mostly takes its color cues from a 1958 356 that found its way into the hands of a Porsche designer. The Classic Cognac leather comes from that car and is exclusive to the Sport Classic model. It's softer semi-aniline leather, which is another nod to the car's Palm Springs luxury attitude, and the seats have houndstooth cloth inserts. Buyers can also opt for black leather. Additional leather can be found on many touch points, including the vents. The light brown is offset by a black upper design, with a perforated headliner inspired by the early 911, which debuted in 1963.

Paldao wood trim adorns the cabin, the roof liner is synthetic suede, and, like the outside, the inside gets gold-colored badges. A numbered badge adorns the dash on the passenger side to denote which number the car is from the Sport Classic's 1,250 car run. The tach and Sport Chrono clock have a retro design with a white needle and green numbers, and buyers will be eligible to buy a Porsche Design watch to match. To complement the analog experience, Porsche removes some sound deadener, like it does in its lightweight package.

Given its Turbo S roots, the Sport Classic comes standard with a lot of performance equipment, including rear-axle steering, carbon-ceramic brakes, active anti-roll bars, the Sport Chrono package, and adaptive dampers with a sporty suspension that lowers the ride height by 0.4 inch. Porsche adjusts the front damper rates to accommodate for the lack of all-wheel drive. However, it loses some of the driver-assist systems that are only enabled with the 8-speed dual clutch transmission.

It's not known how many of the 1,250-car run will make it to the U.S. Porsche said the car will cost $265,000 in an early press briefing, but then said pricing will be announced closer to launch. The car goes on sale late this year. No cars have been pre-sold, and dealers will determine which customers get them.