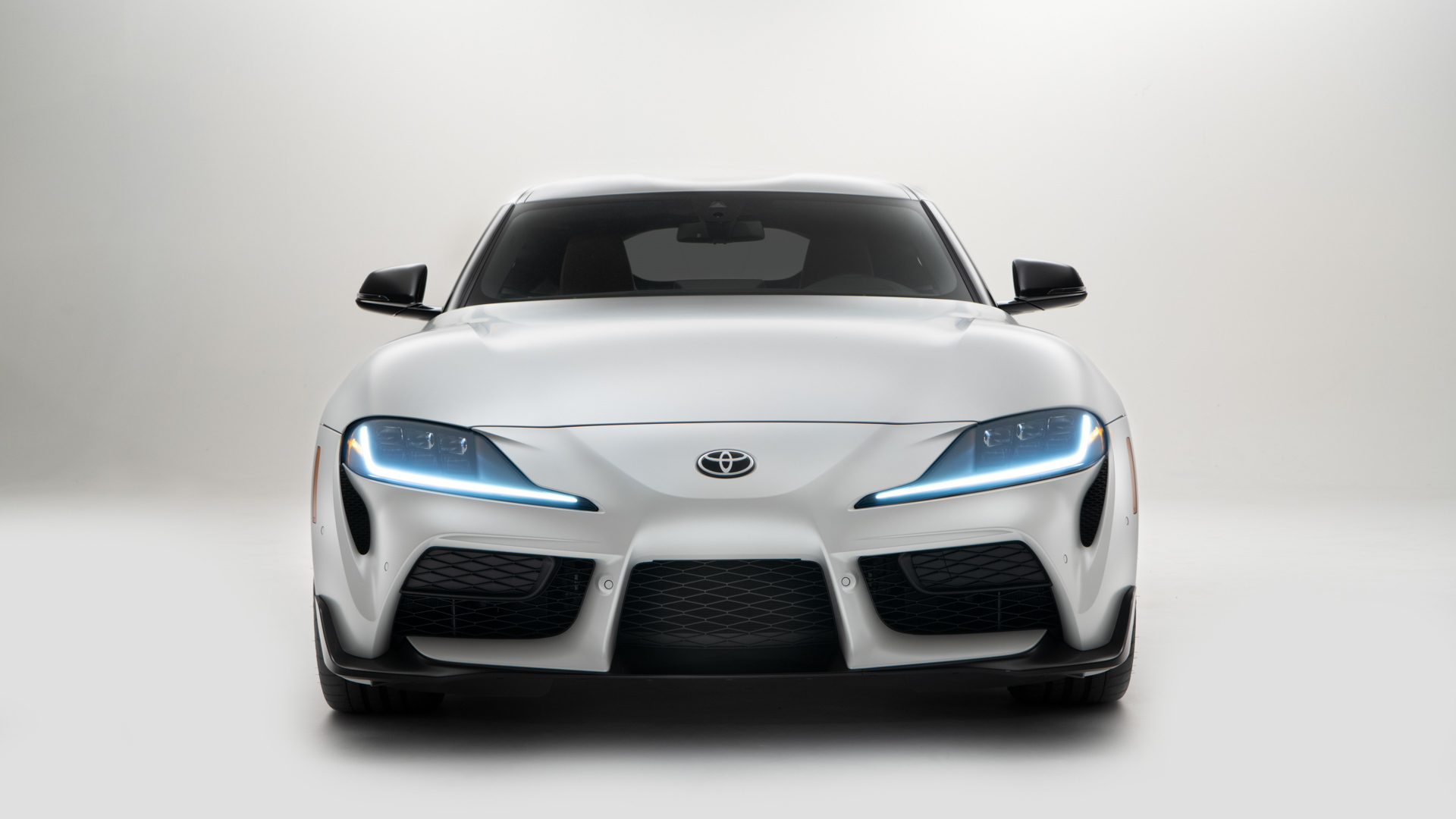 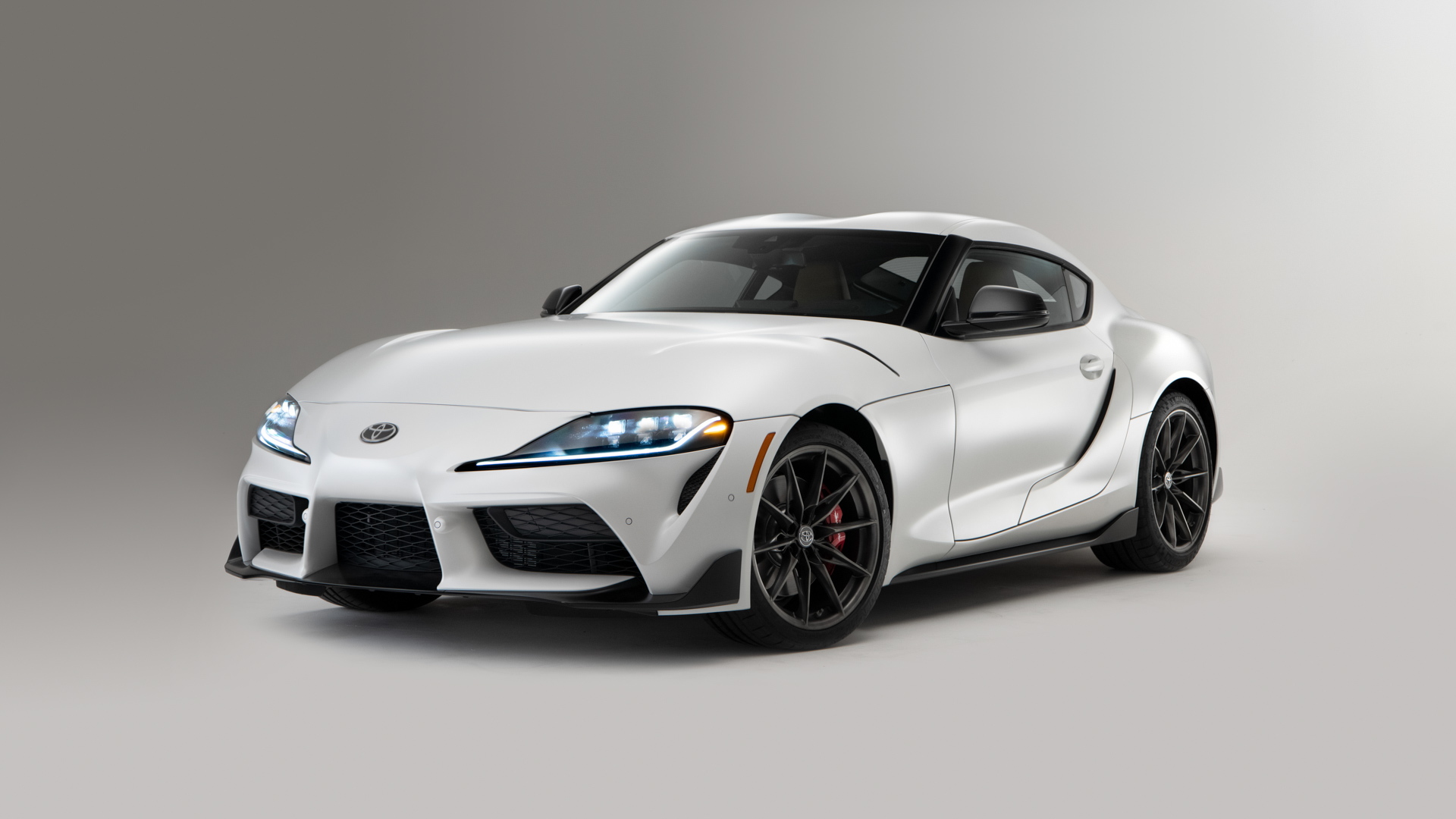 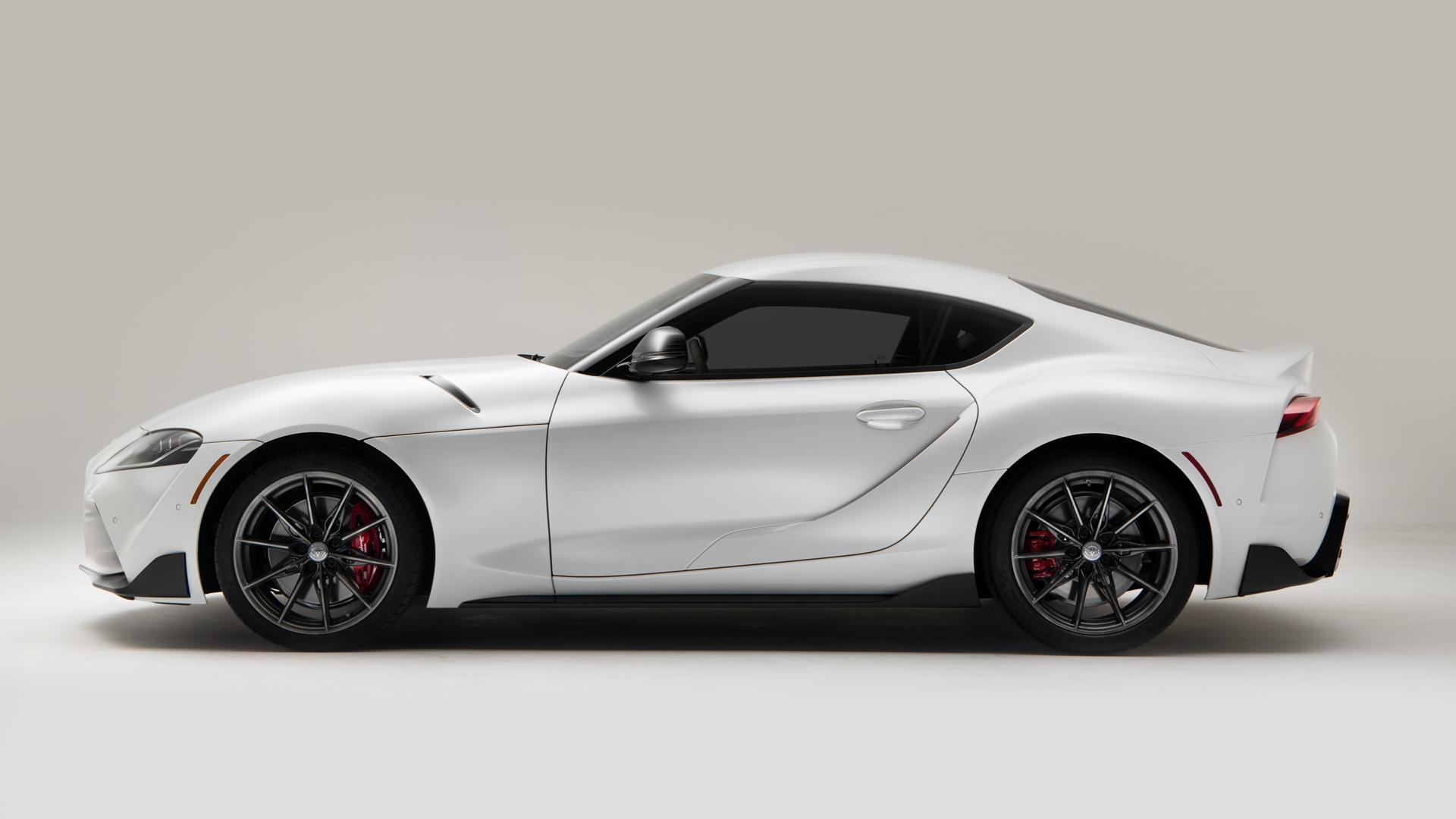 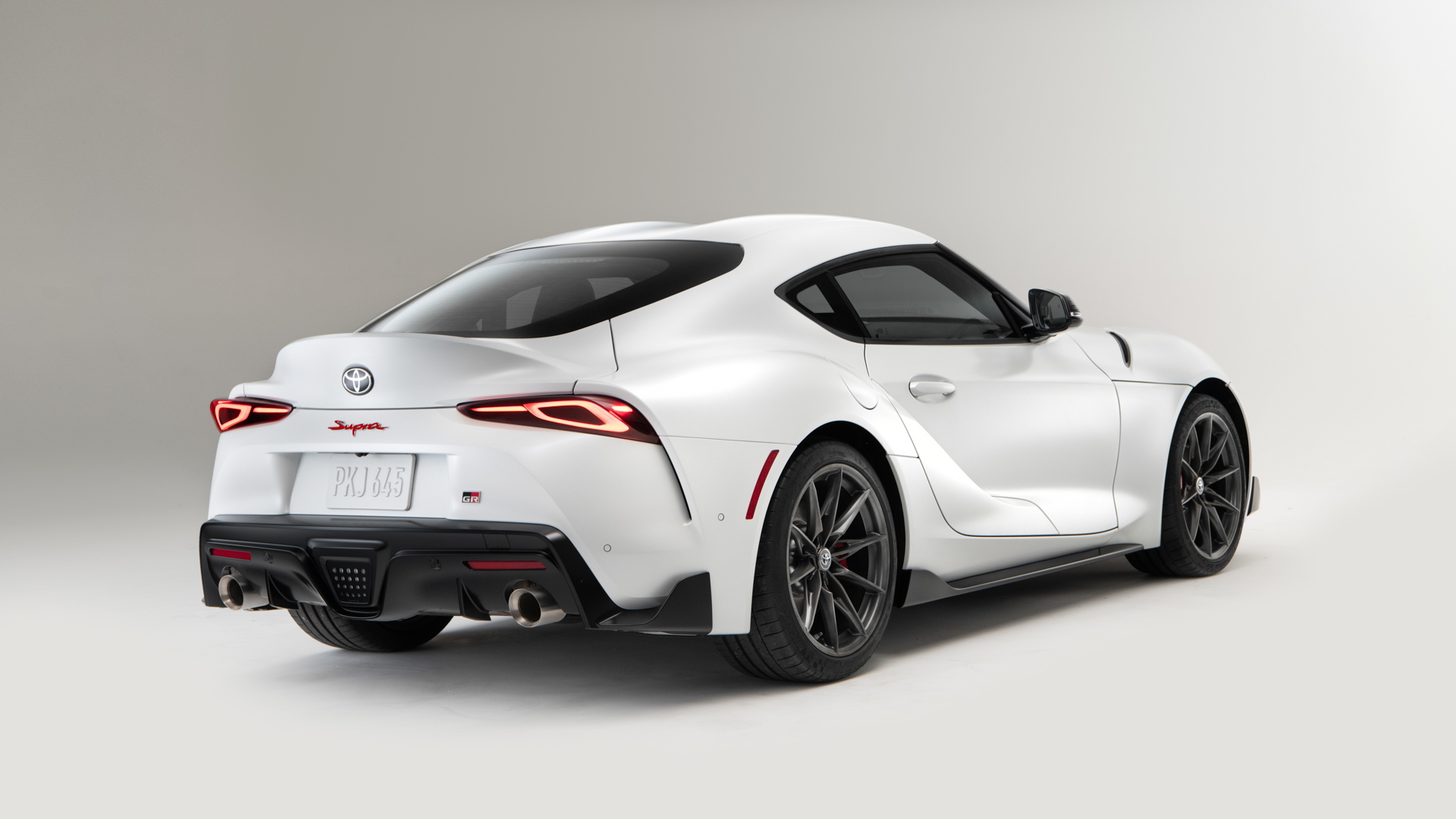 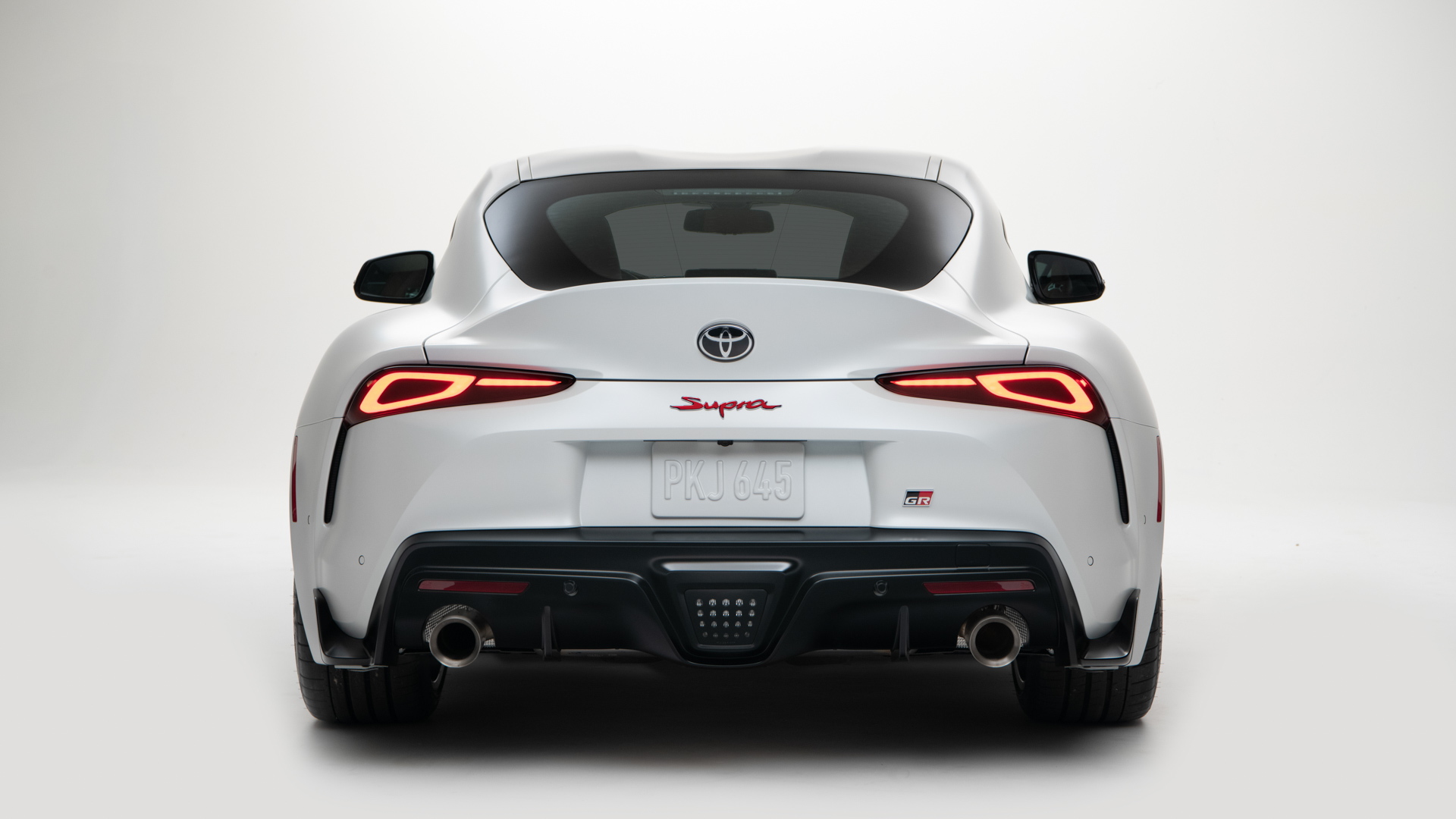 The question of whether the Toyota Supra will get a manual transmission has left enthusiasts guessing since even before the current fifth-generation car, an A90 to fans, made its debut at the 2019 Detroit auto show.

Well, enthusiasts need guess no more as Toyota on Thursday finally revealed a Supra with a manual transmission. Starting from the 2023 model year, a 6-speed manual is available as an alternative to the standard 8-speed automatic, though only for the Supra's 3.0-liter engine. The 2.0-liter sticks with the auto.

To mark the arrival of the manual option, the 2023 Supra will also be offered with a limited-edition A91-MT Edition car. Limited to just 500 units in the U.S., the car will be offered with the exclusive color options of matte white or gray, as well as unique 19-inch forged wheels painted gray, and a strut tower brace under the hood painted red. Inside, it will feature cognac leather trim for the seats, a GR-badged, Alcantara-lined shift knob, and a standard 12-speaker JBL audio system. 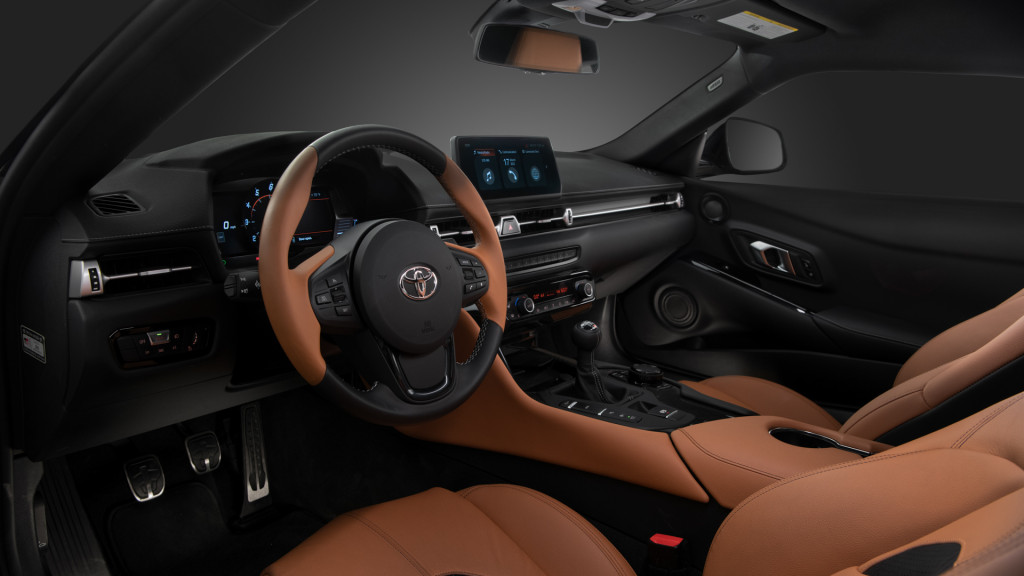 According to Toyota, the manual is a newly developed unit that's been “tailor-made” for the Supra, meaning it hasn't simply been borrowed from the BMW parts bin. Recall, the Supra's platform is twinned with the BMW Z4, and its 2.0- and 3.0-liter engines are both BMW units that in some of the German brand's cars are paired with manual transmissions, the Z4 being one of them.

Toyota said it modified an existing transmission housing, driveshaft and gear set while also removing parts that weren't needed to help save weight, one of which was an an acoustic package. One of the key mods was the addition of a reinforced diaphragm spring and a larger friction area for the clutch, designed for the high-torque application of the Supra's engine. The 3.0-liter turbocharged inline-6 is good for 382 and 367 lb-ft of torque. The 2.0-liter engine is a turbocharged inline-4 good for 255 hp and 295 lb-ft.

The transmission also features unique software called Intelligent Manual Transmission, which Toyota said prioritizes sporty performance. For example, during upshifts, engine torque is optimized at the moment of clutch engagement and release, while for downshifts the software calls for consistent performance. The driver can choose to switch this feature off, though. 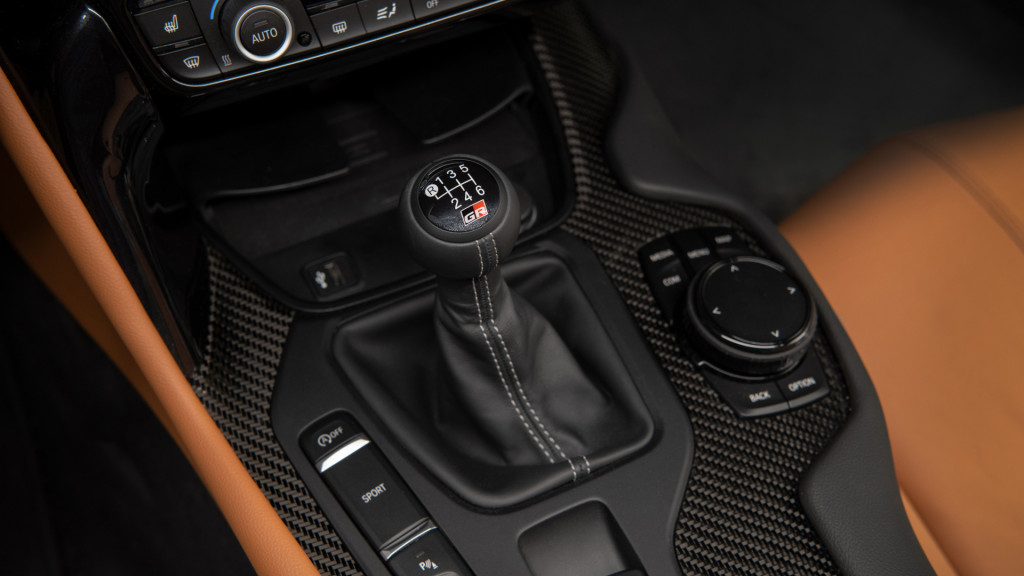 The final drive ratio has also been shortened slightly versus the automatic (from 3.15 to 3.46) to help deliver brisk off-the-line acceleration, and the engineers also played around with the ergonomics of the shifter in the cabin to make shifting more enjoyable. This included revising some of the center stack to provide more clearance for the shifter. Finally, the traction control was also tweaked to allow extra wheelspin, which can be necessary when in first gear on a slippery road, or during tight turns on a hill climb.

Supras equipped with a manual transmission will feature the “Supra” script badge in red instead of the standard black, which should give the cars some extra street cred.

All 2023 Supras equipped with the 3.0-liter engine benefit from revised dampers for improved ride comfort and roll balance, and the electric power steering has also been tweaked, Toyota said. An active rear differential is also included as standard on 3.0-liter models. 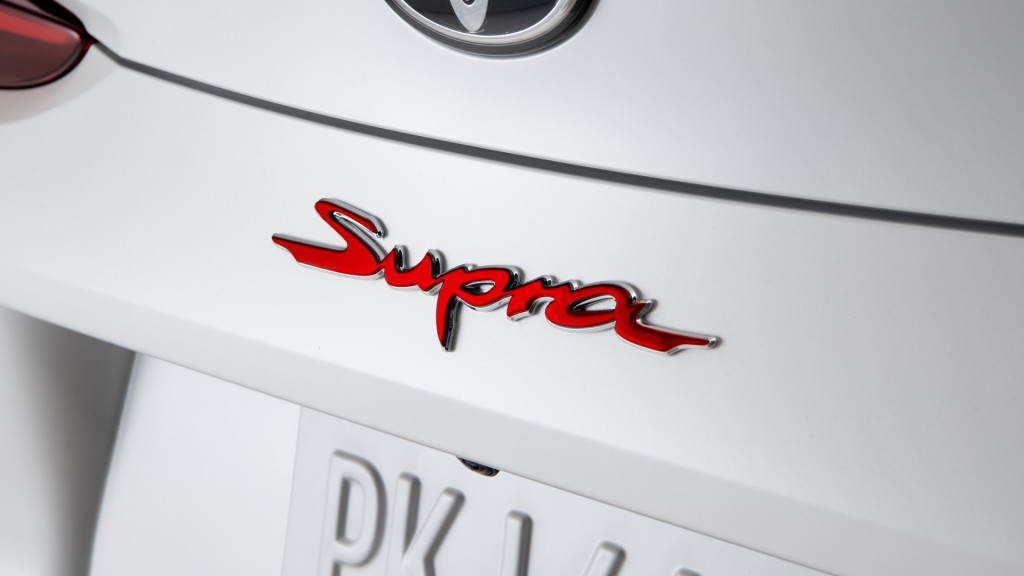 Toyota has also installed a new Anti-Roll Program that cuts in before the standard stability control system to help improve grip levels in certain situations. Toyota said it is also now easier to drift when the car is in its Track mode, with specific control of the torque delivery helping to minimize the chance of spinning.

The 2023 Supra will reach dealerships in the second half of the year and pricing information will be announced in the summer.

For more on the Toyota Supra, read the in-depth reviews at The Car Connection.