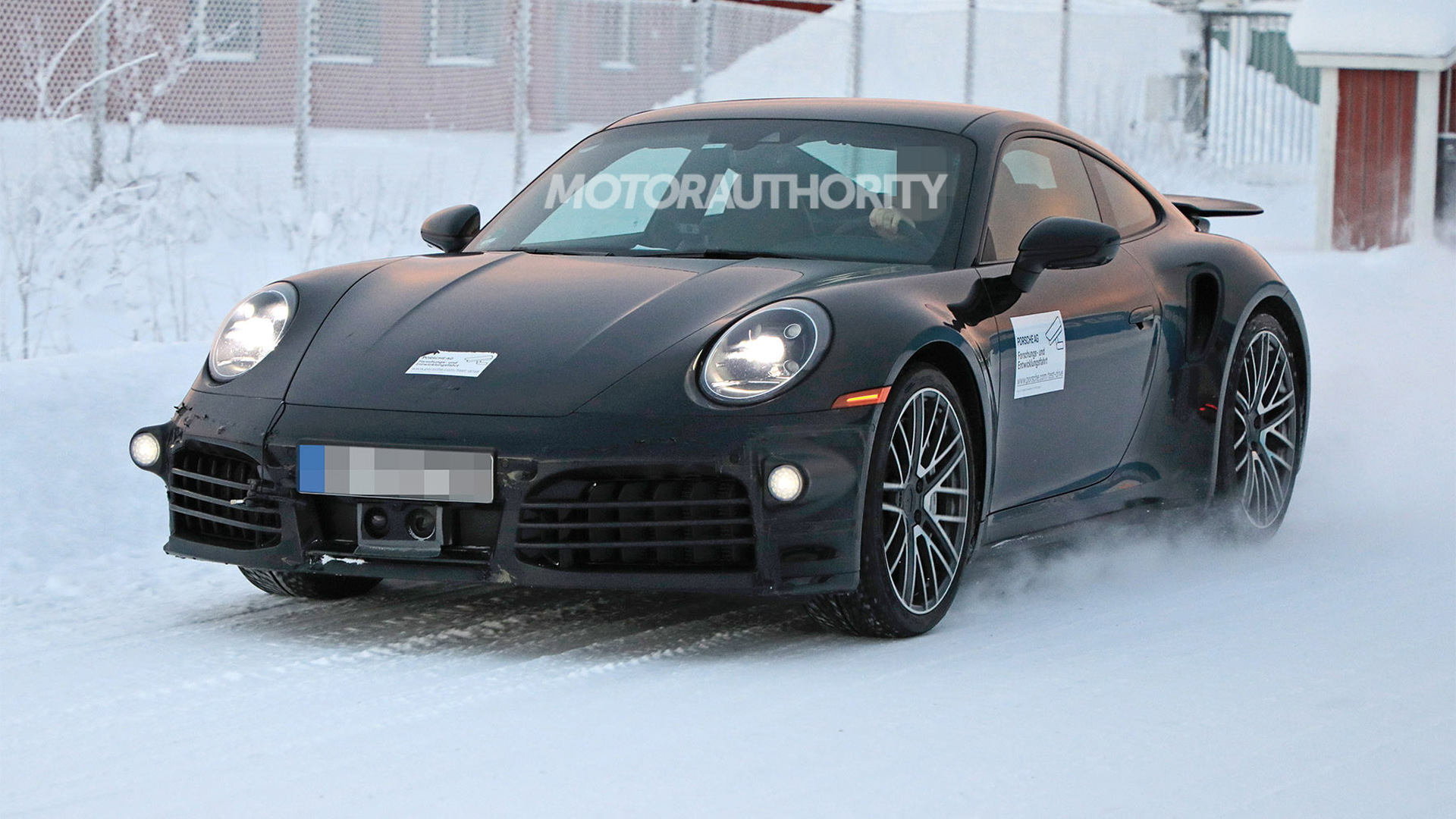 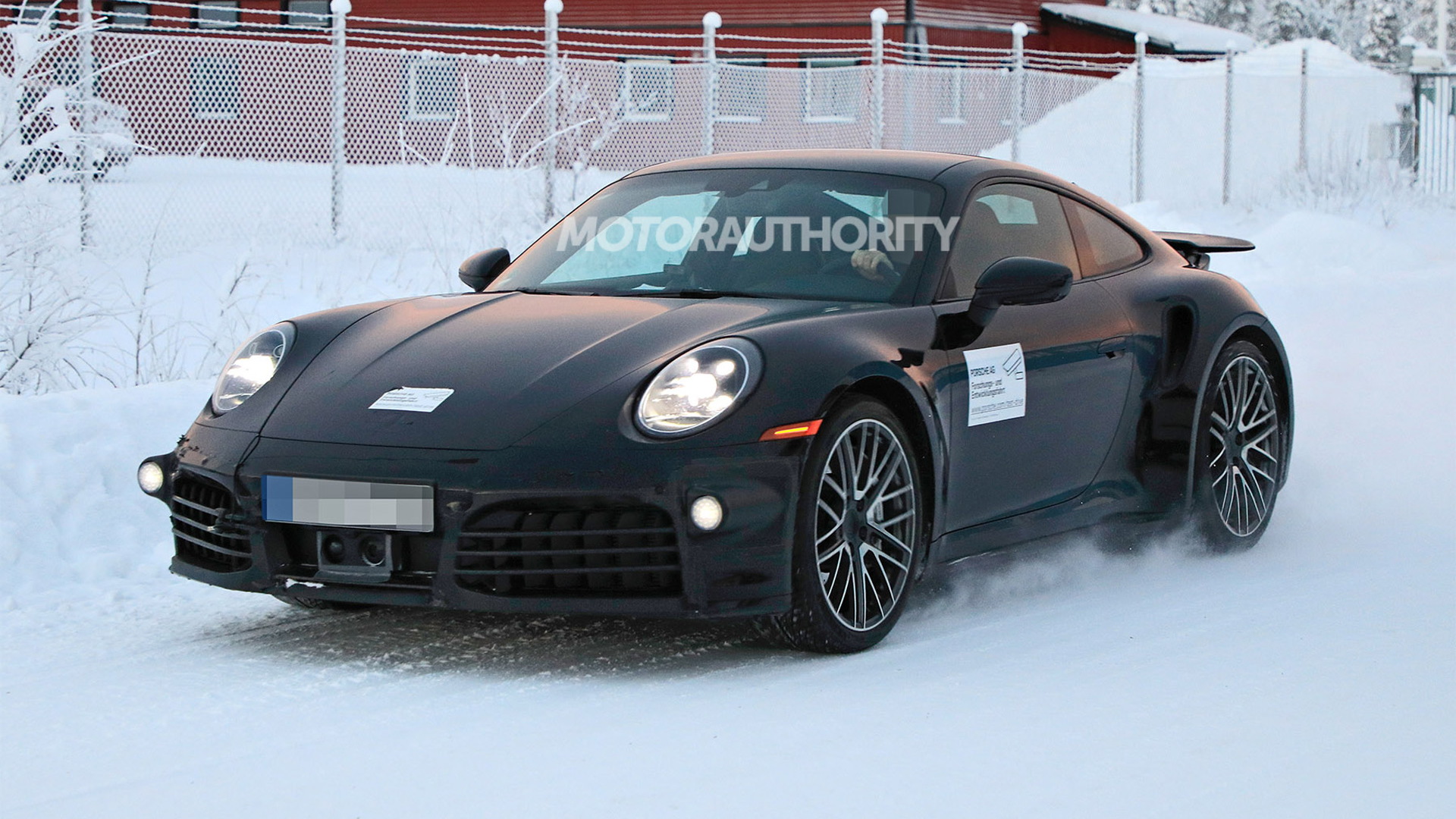 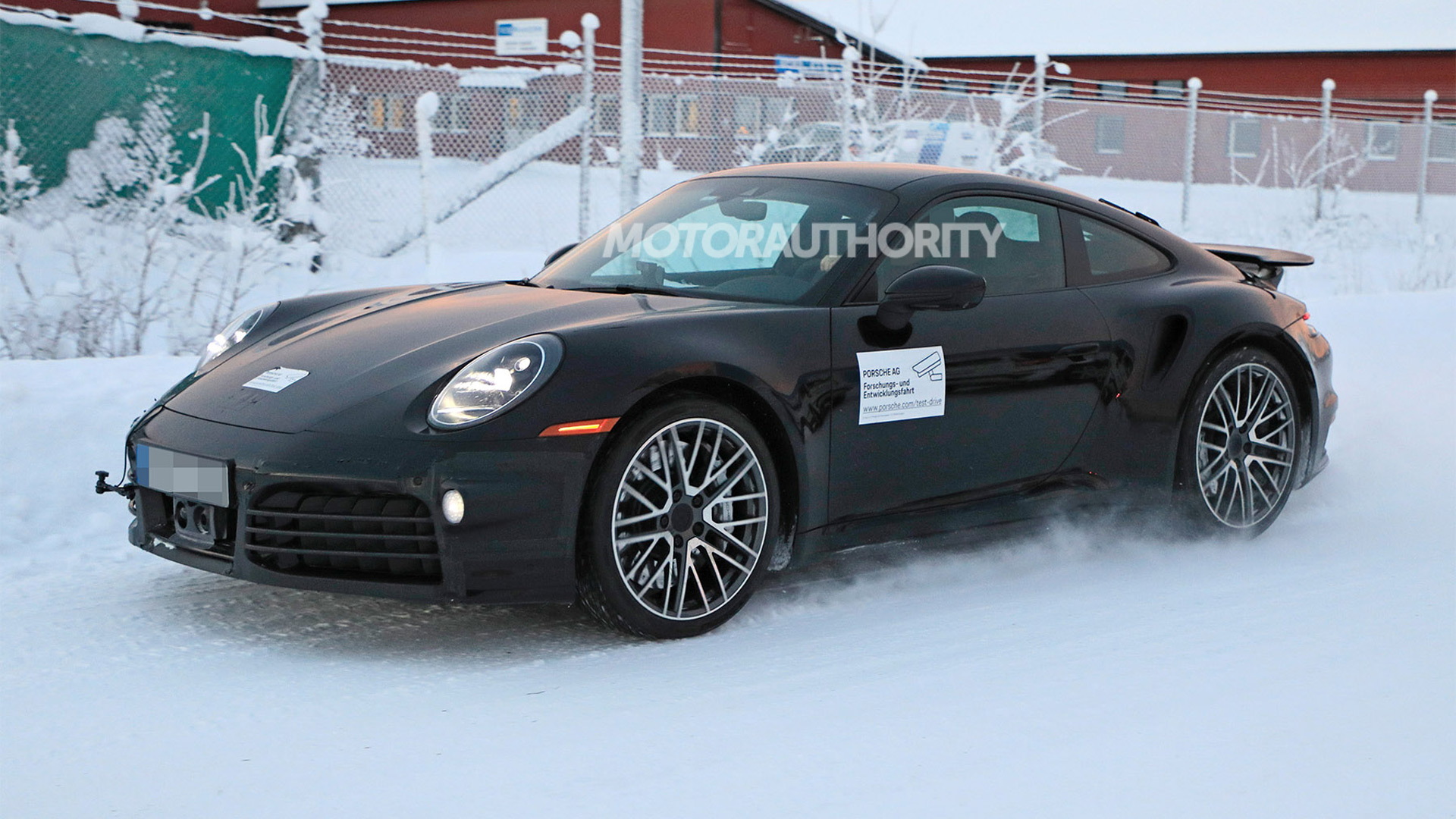 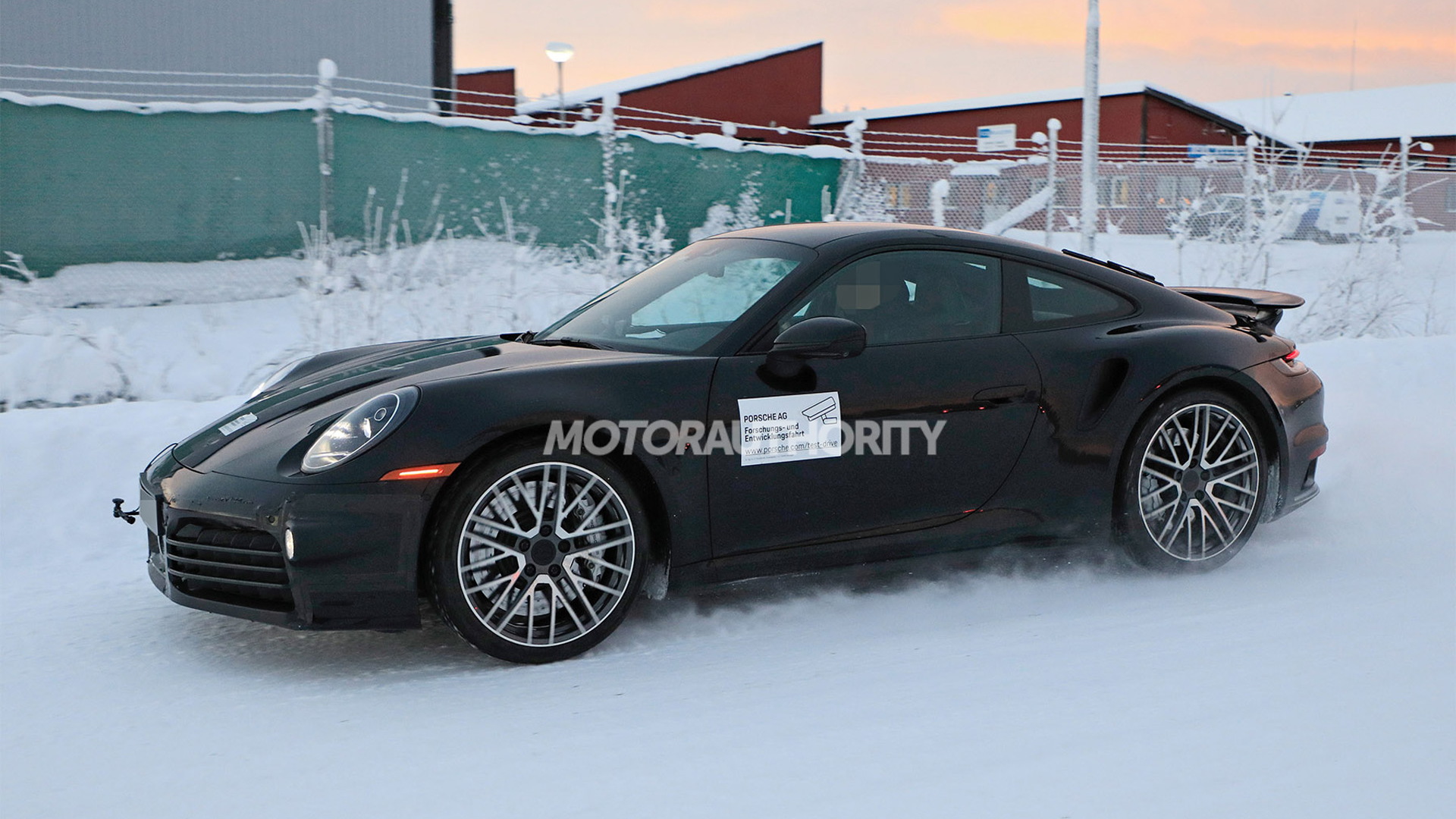 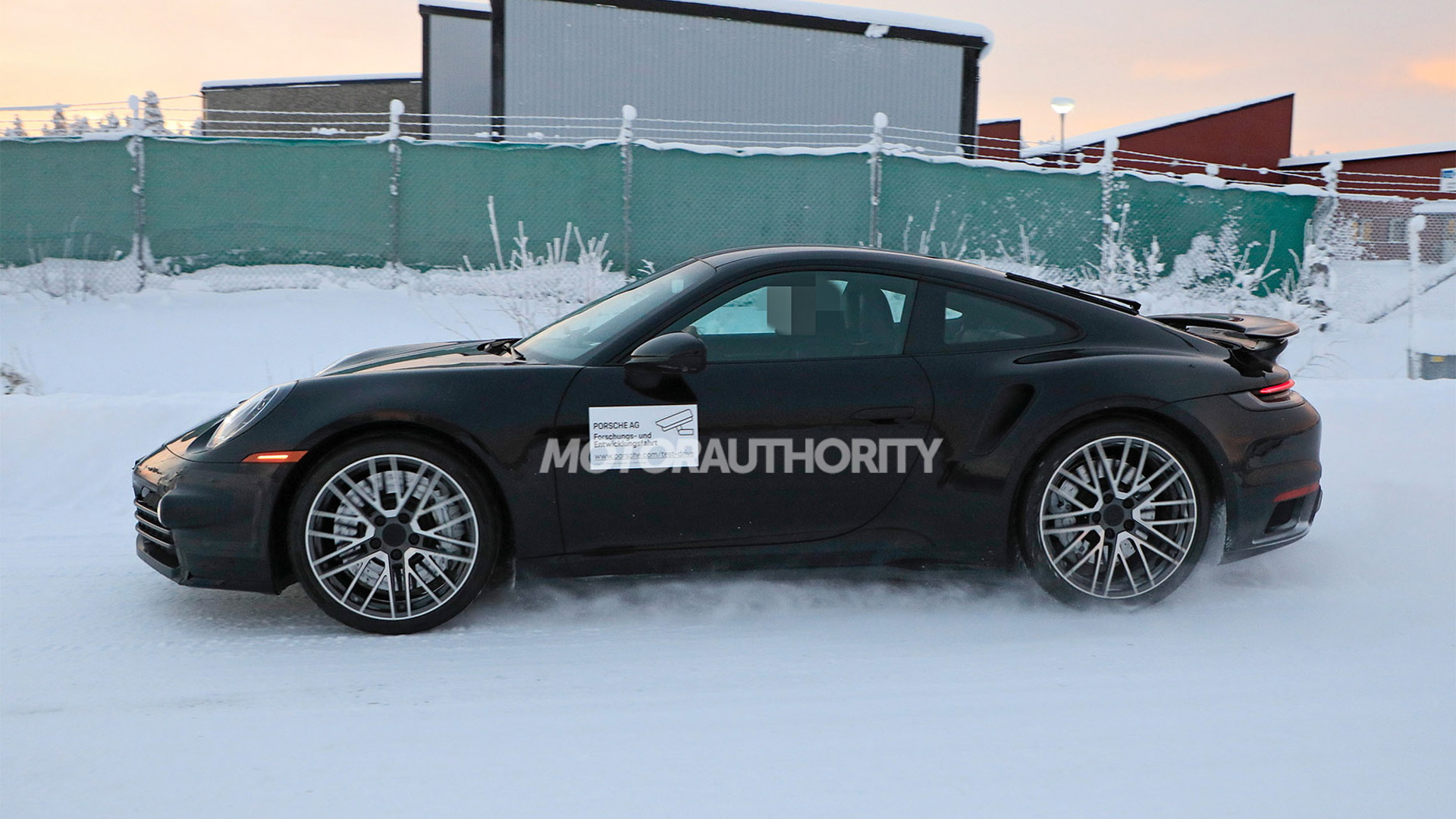 A prototype for an updated version of the Porsche 911 Turbo has been spotted for the first time.

The current 992-generation 911 range has been with us since the 2020 model year, arriving initially in Carrera and Turbo guises.

The updated 911 range, referred to internally as the 992.2, should start arriving for the 2024 model year, and it looks like the Turbo will be among the first variants from the updated range to arrive.

This prototype may look like the current 911 Turbo but the front fascia features a new design, with a new shape for the front air intakes clearly visible and a pair of sensors under the license plate instead of the current single sensor design. You'll also notice that the horizontal active air flaps in each of the front intakes of the current model have been replaced by vertical flaps here. The daytime running lights attached to the front fascia are only temporary units.

There isn't much in the way of changes at the rear, though we can see that the light bar joining the taillamps is no longer solid, as there are small gaps to help mark the individual taillight clusters.

We're told that part of the dash was also masked, so expect some changes inside as well. A likely bet is a new infotainment screen.

The current 911 Turbo is powered by a 3.8-liter twin-turbocharged flat-6 delivering 572 hp and 553 lb-ft of torque. Porsche tends to up the power with its mid-cycle updates, so a peak output closer to 600 hp wouldn't be shocking.

What's more interesting is development of a hybrid powertrain for the 911. This powertrain is expected to power the updated 911 Turbo S—a car that might end up being called something along the lines of 911 Turbo S E-Hybrid. Test mules based on the current 911 Turbo have already been spotted at Germany's Nürburgring.