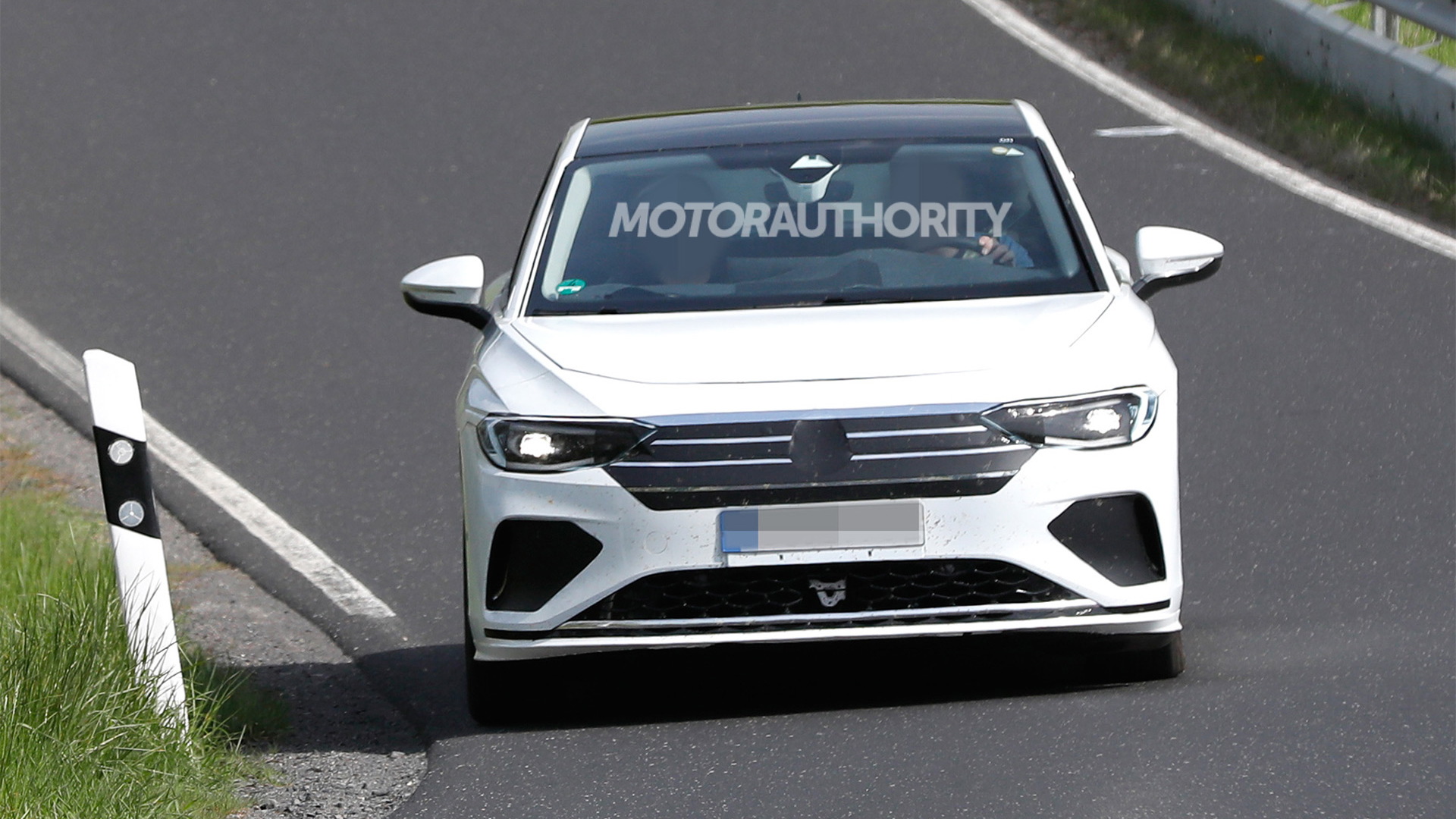 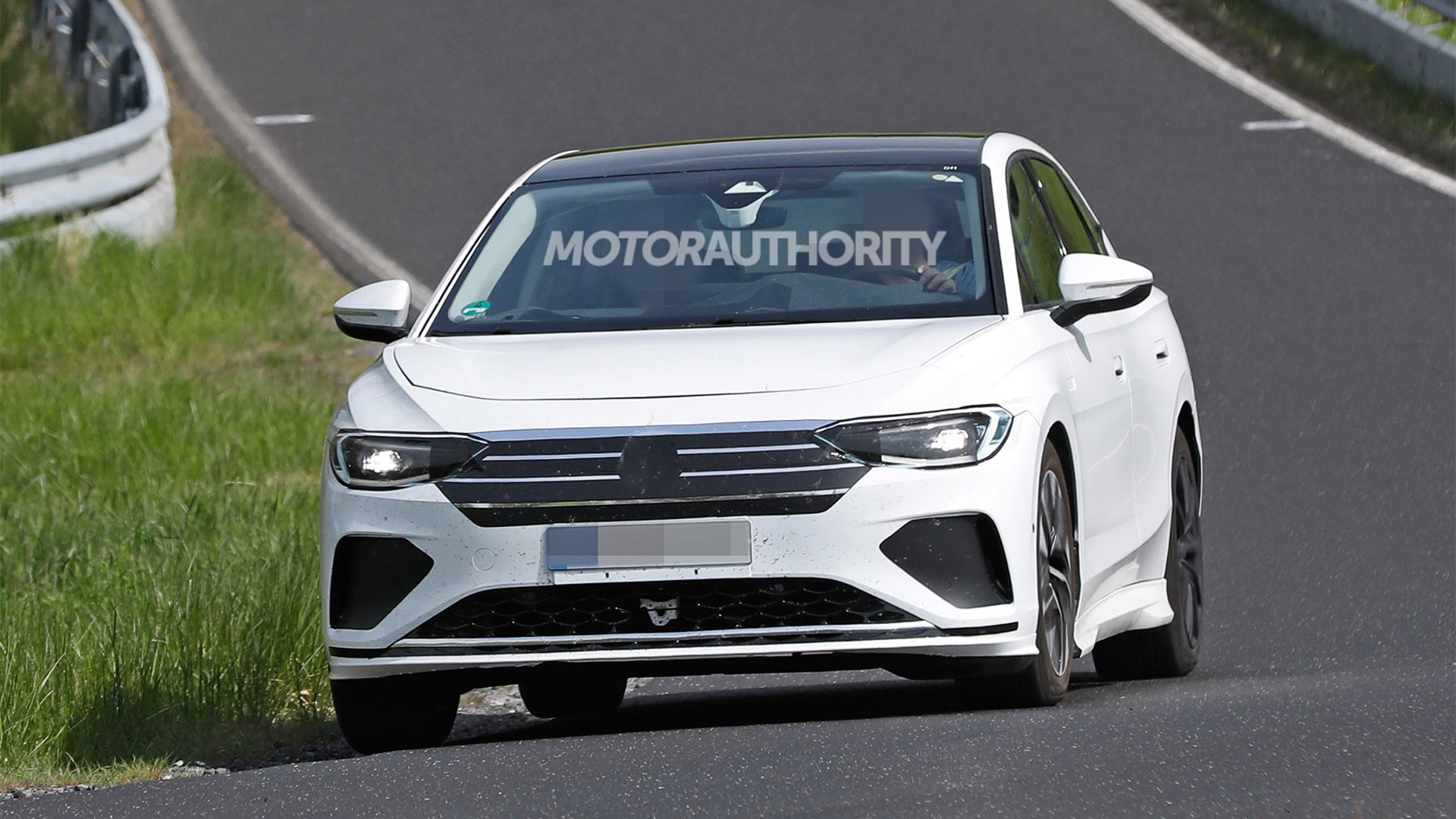 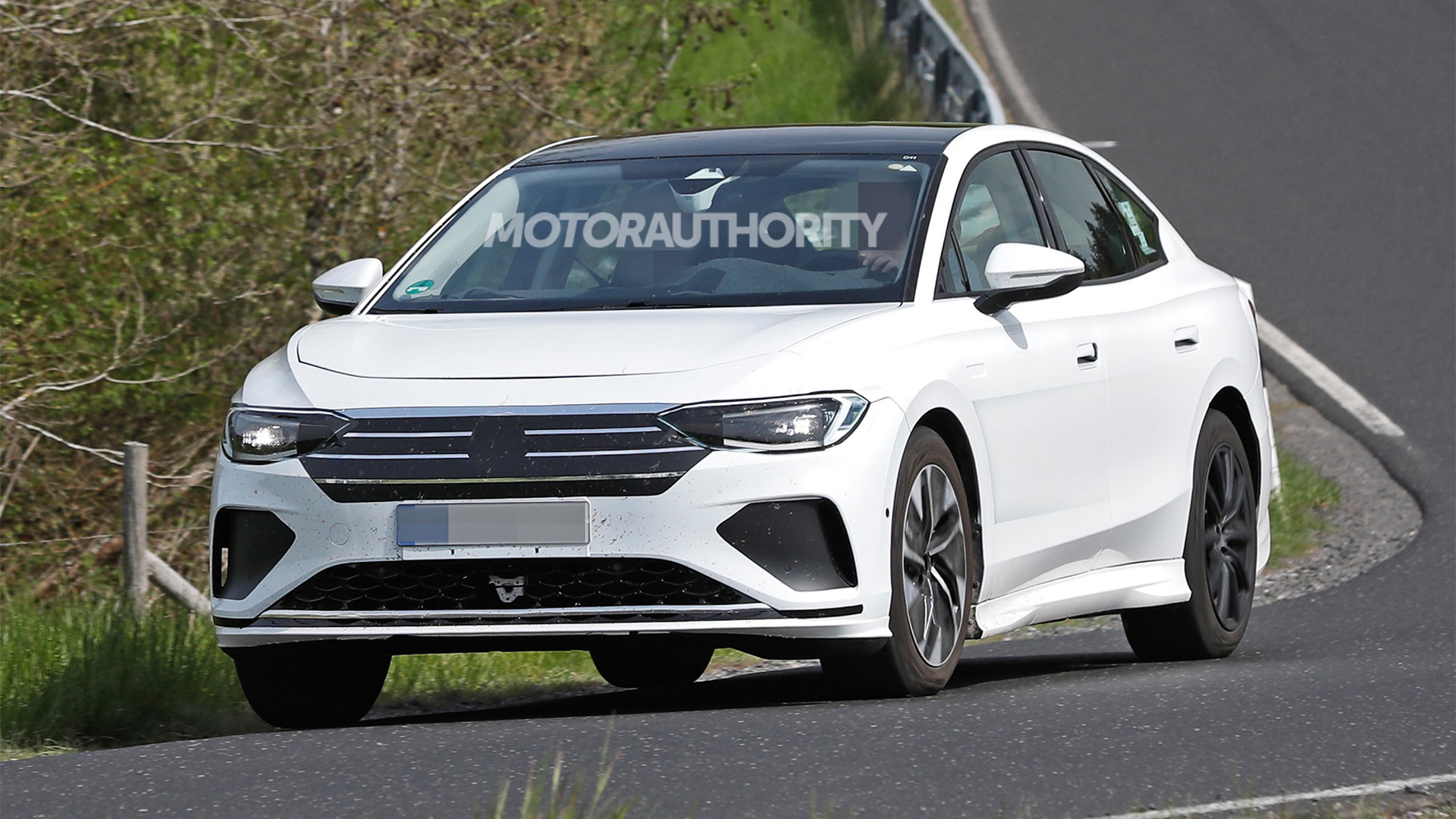 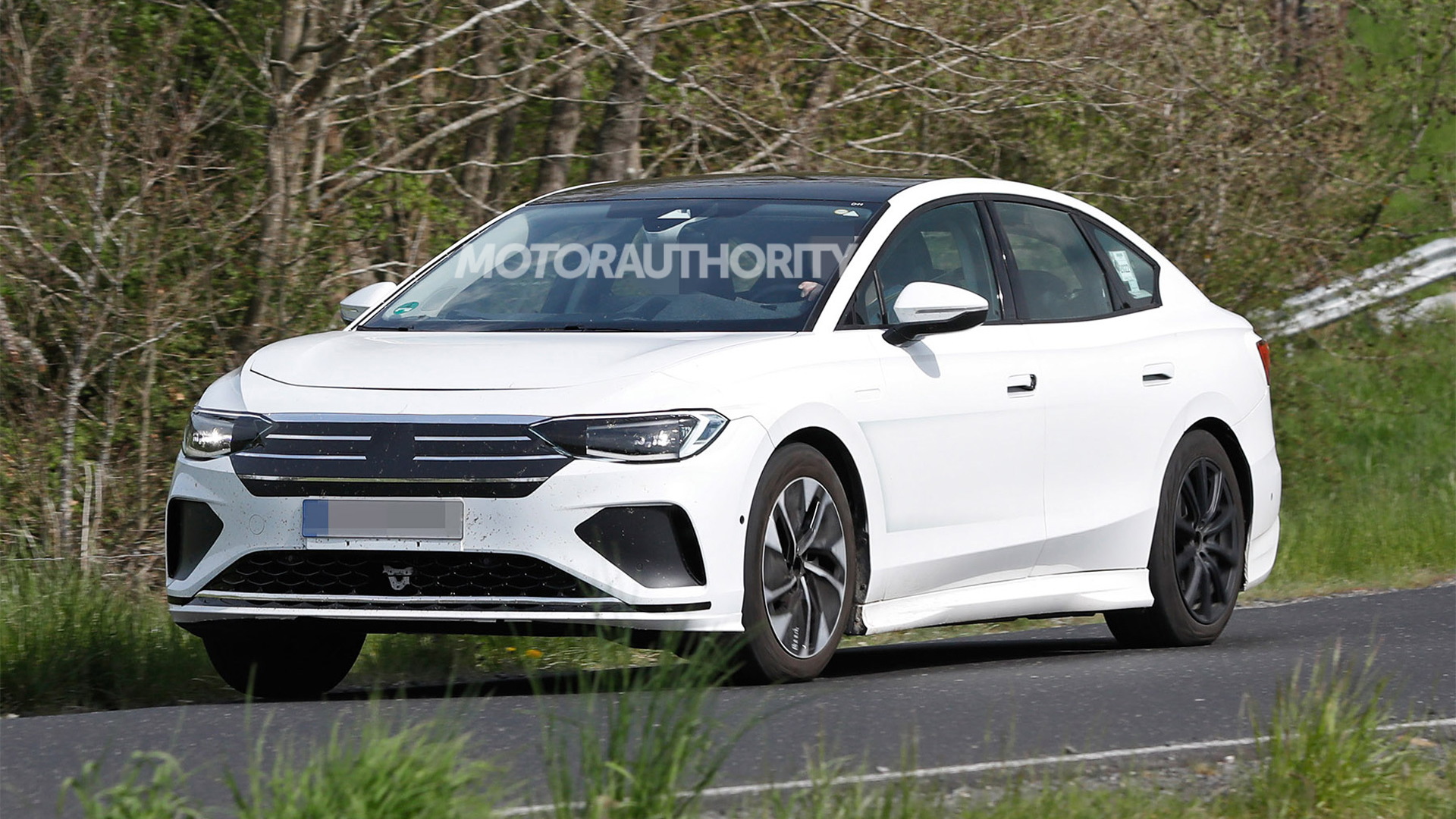 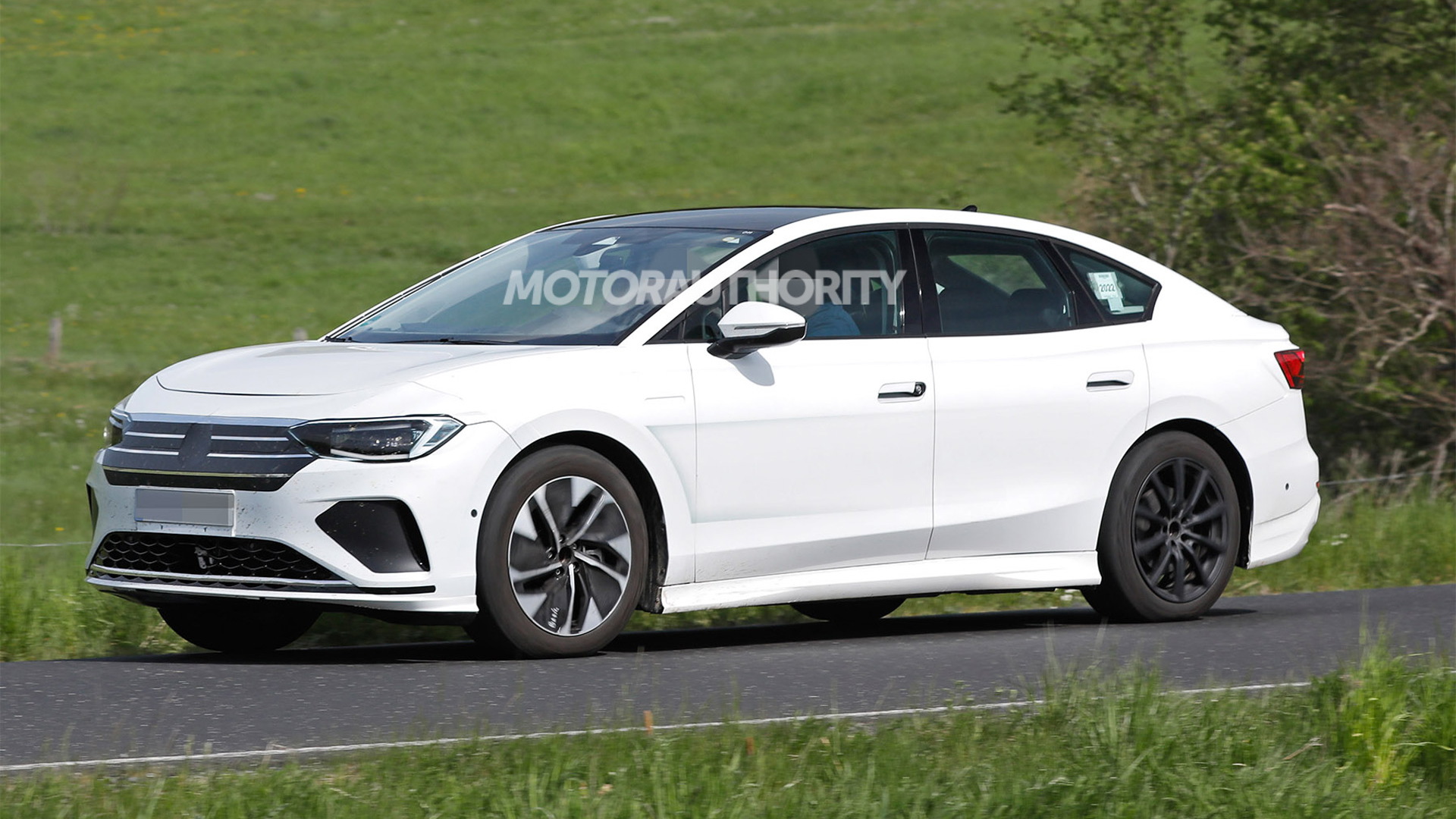 Volkswagen used this week's 2023 CES to confirm a new ID.7 electric sedan, and we have spy shots of a prototype testing in the wild.

The ID.7 is the sedan first hinted at by 2018's ID.Vizzion concept car, and more recently with the ID.Aero concept. There's also the chance of VW adding a wagon body, as indicated by 2019's ID.Space Vizzion concept.

The prototype is heavily camouflaged, with stickers covering the grille and lights, but the final design should resemble the look of the ID.Aero. You'll note that the exhaust tips are also stickers.

The ID.7 is confirmed to go on sale in China in the second half of 2023. It will follow in the U.S. shortly after, meaning it will likely arrive as a 2024 model.

It will fill the void of the Passat that bowed out after 2022, and may also serve as a replacement for the Arteon, which is also thought to be on its way out. A redesigned Passat with gas and diesel engines is being developed for the rest of the world, though, possibly as a wagon only.

The ID.7, which is expected to measure about 197 inches long, rides on VW's MEB platform for mainstream EVs. As a guide for range-topping performance, the ID.Aero concept featured a 77-kwh battery that VW estimated would deliver more than 300 miles of range as measured by the EPA.

VW has described the ID.7 as the flagship of its ID family of EVs, so some top-shelf items are expected in the cabin. Confirmed features include an augmented reality head-up display, a 15.0-inch touchscreen for infotainment, and a climate-control system that can direct air at an occupant or spatially to cover the cabin.

The ID.7 is one of at least 10 EVs VW will launch by 2026. The ID.Buzz minivan finally reaches the U.S. next year, and may be followed by a three-row SUV about the size of the current Atlas mid-sizer. Also in the works is a crossover about the size of the Tiguan, plus an updated version of the ID.3 compact hatch, and a new ID.2 subcompact crossover. Further out, VW plans its much-hyped Project Trinity technological flagship, plus a rugged SUV and pickup truck for its new Scout brand.