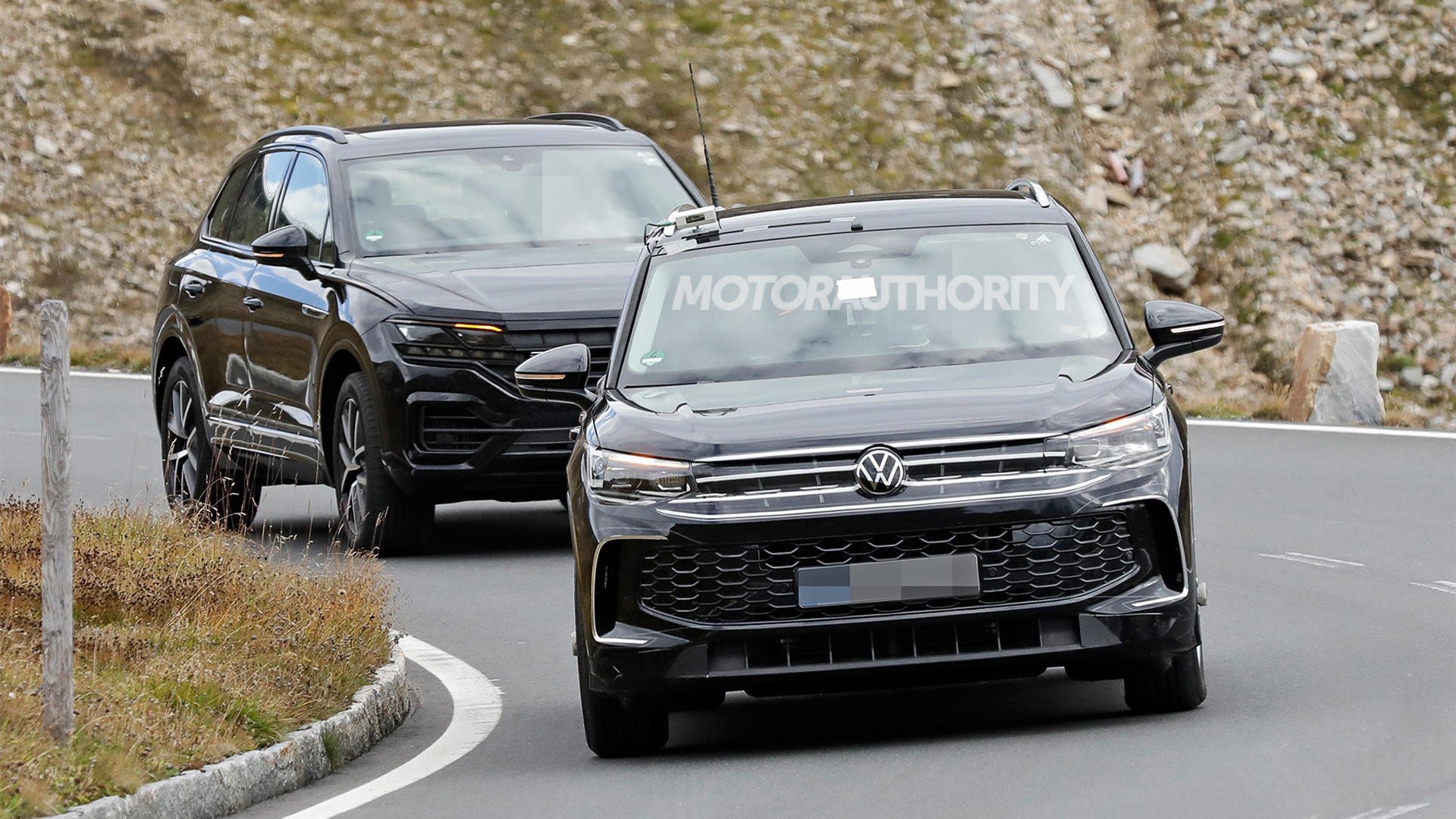 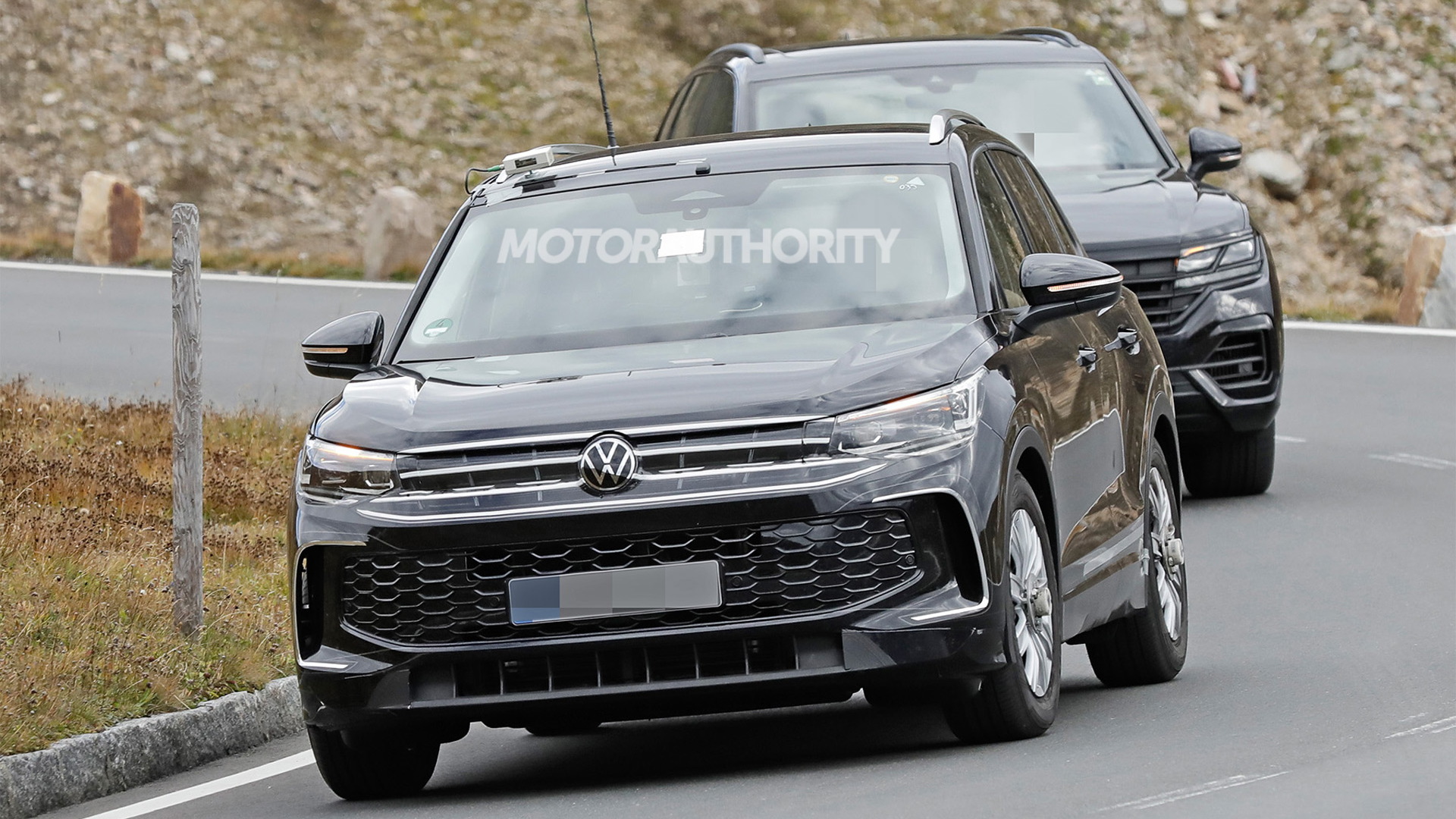 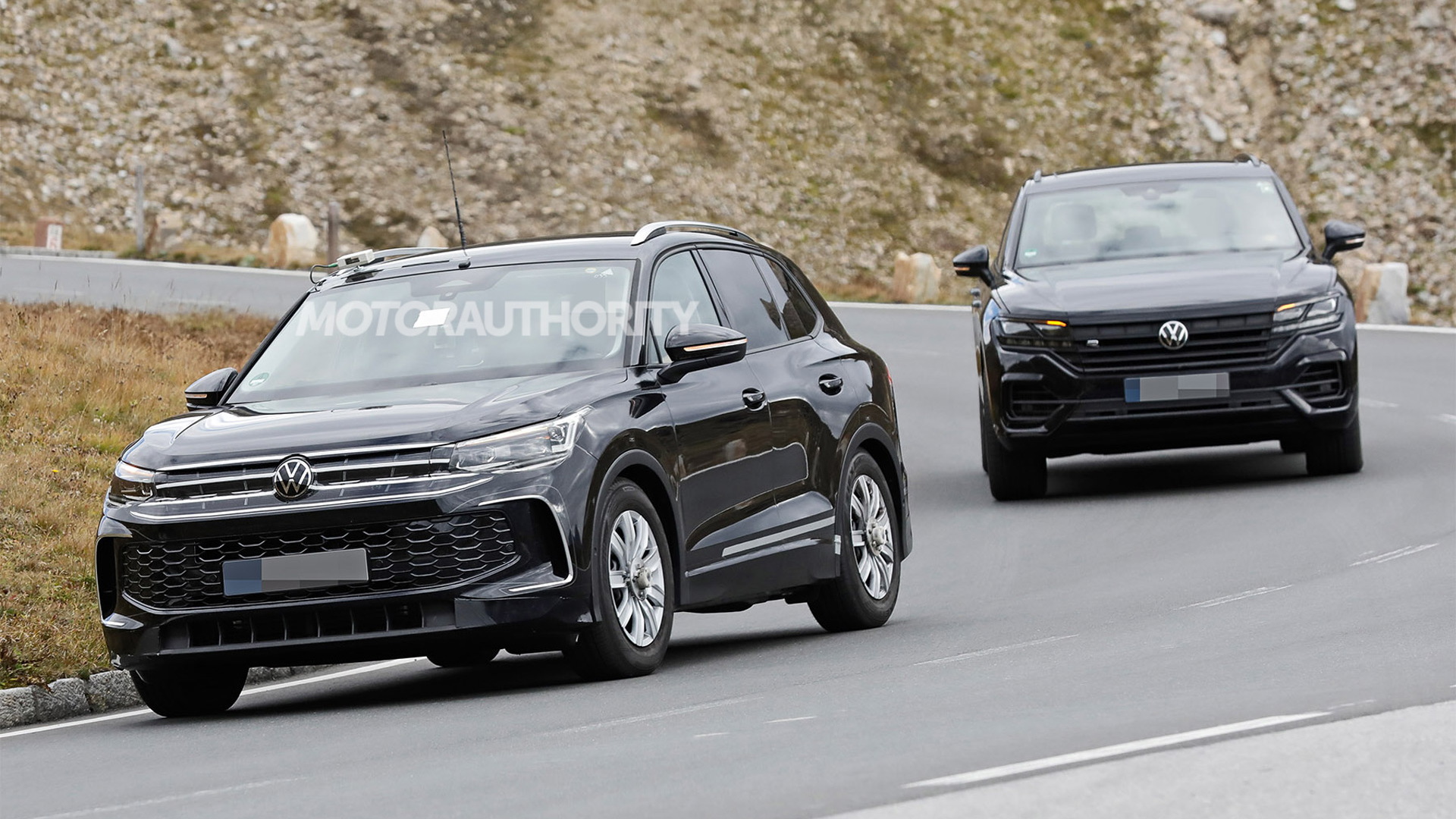 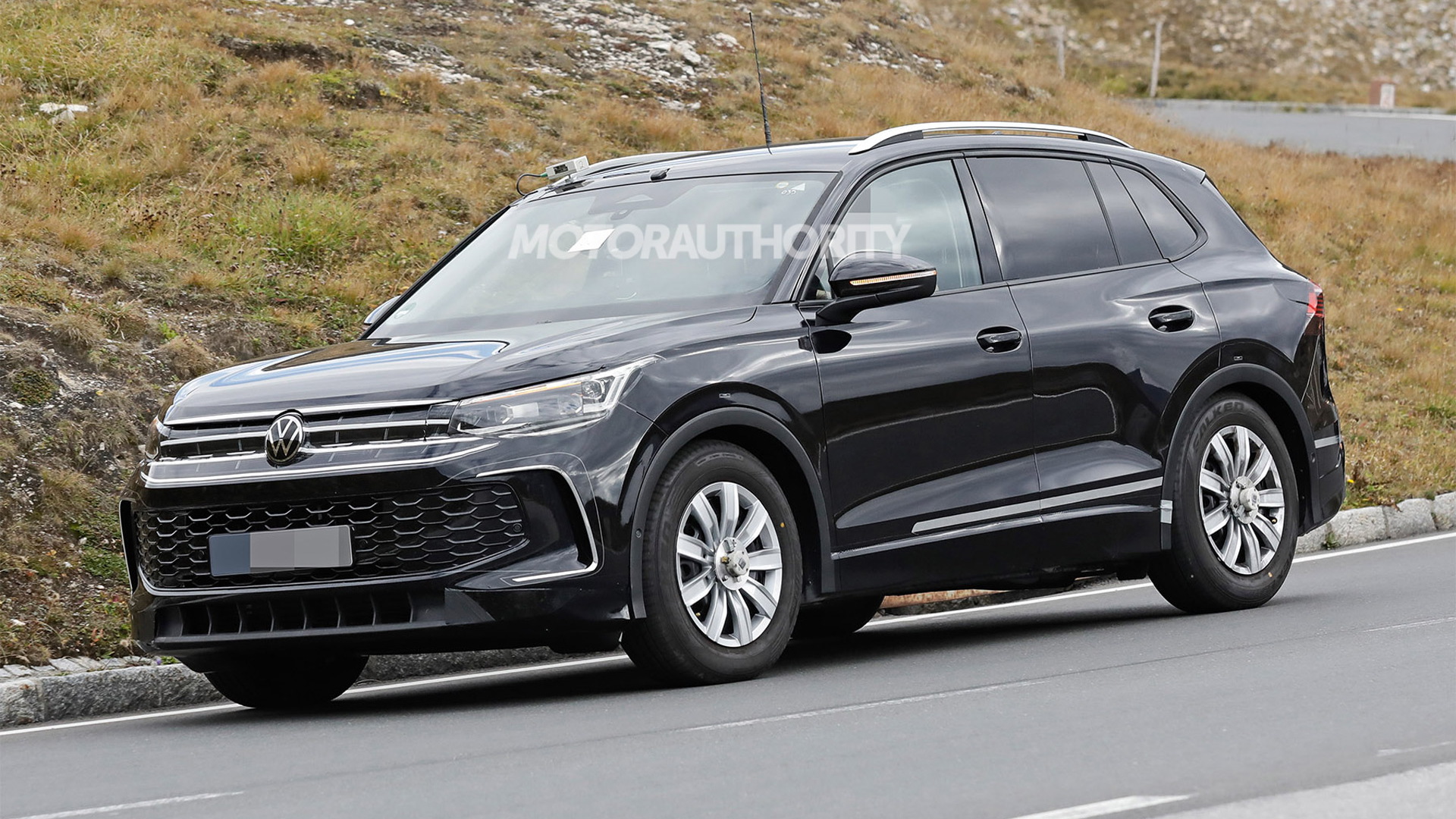 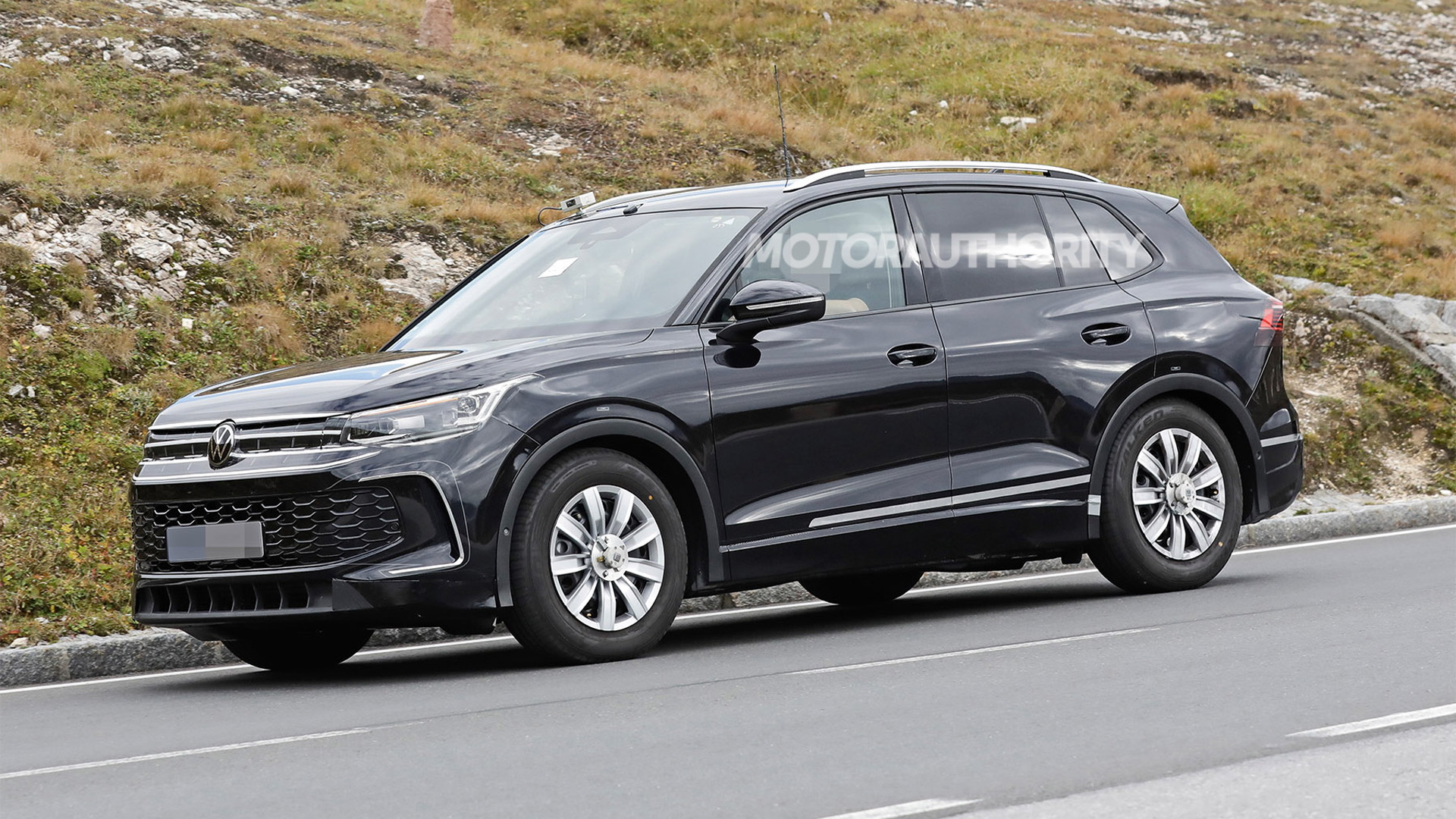 A prototype for the next generation of Volkswagen's popular Tiguan crossover has been spotted for the first time.

The lack of camouflage gear points to the redesigned Tiguan, the third generation of the nameplate, already being at a late stage of development. The reveal of the standard-wheelbase version should take place in 2023, with the long-wheelbase version to follow in 2024. A 2025 model-year launch in the U.S. is likely.

We can see that the design takes on a more fluid, more muscular look similar to the latest Touareg, which can be seen running alongside the Tiguan in some of the shots. There are also some similarities to the latest Golf, particularly at the rear, which looks to be further extended than on the current Tiguan, likely resulting in extra cargo space. Fake exhaust tips can also be found at the rear, as the actual exhaust vents from underneath the vehicle.

The platform should be the same updated version of the current Tiguan's MQB modular platform. The updated platform debuted in the latest Golf and its Audi A3 sibling, and features improvements in the areas of connectivity and electronic driver-assist features.

It isn't clear what's planned for the powertrains but we can expect the current Tiguan's assortment of 2.0-liter turbo-4 engines to carry over with minor tweaks, possibly including the addition of mild-hybrid tech. A plug-in hybrid option should also be available in some markets.

Interestingly, our spy photographer has also spotted a test mule for what's thought to be an electric Tiguan. Expected to arrive around the same time as its internal-combustion counterpart, the electric Tiguan will most likely ride on the MEB modular platform for electric vehicles, which features in the ID.4 and a host of additional Volkswagen Group EVs.

The current-generation Tiguan has proven a hit for VW in the U.S., with annual sales in this market exceeding 100,000 units for the last four years.