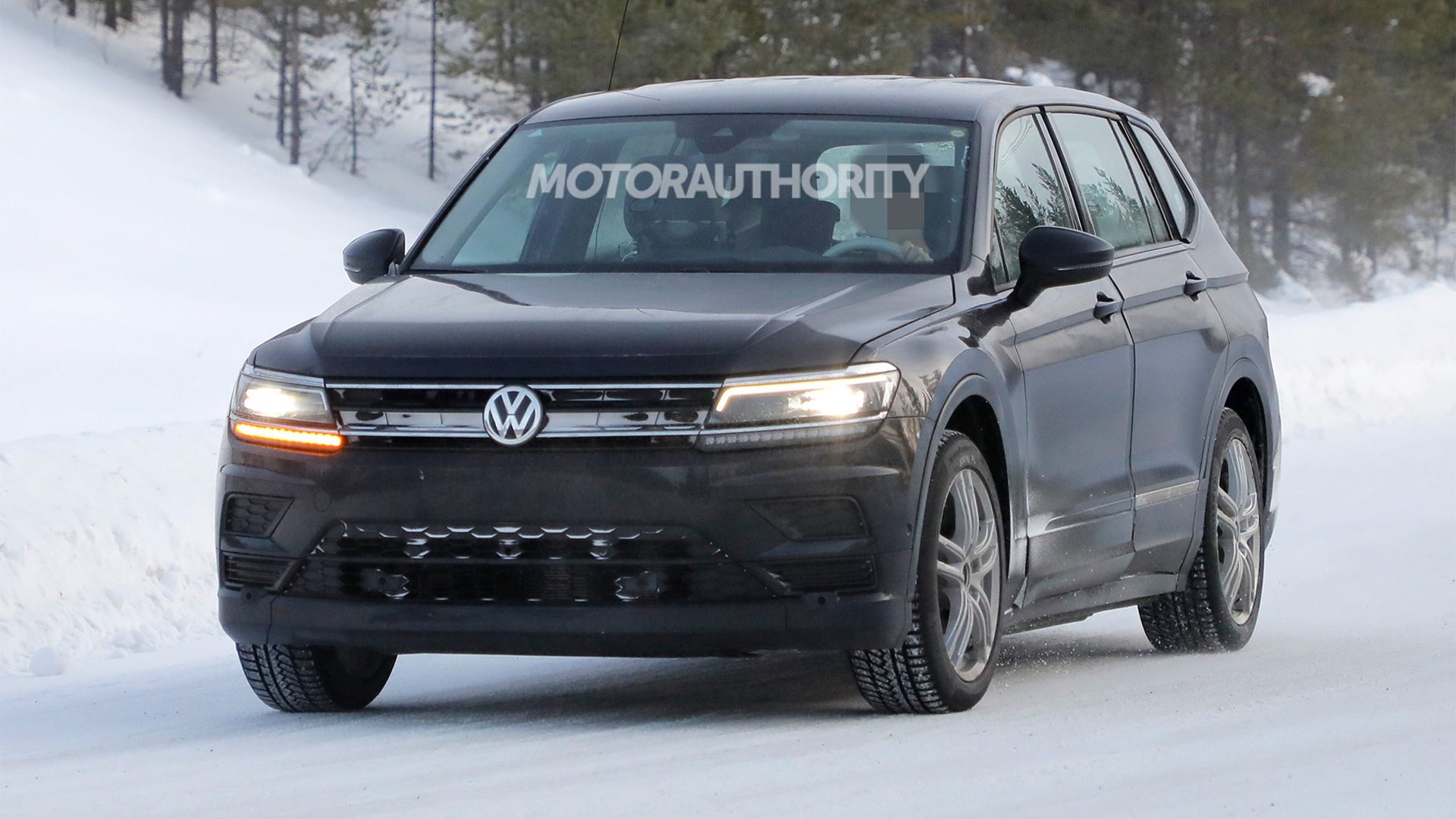 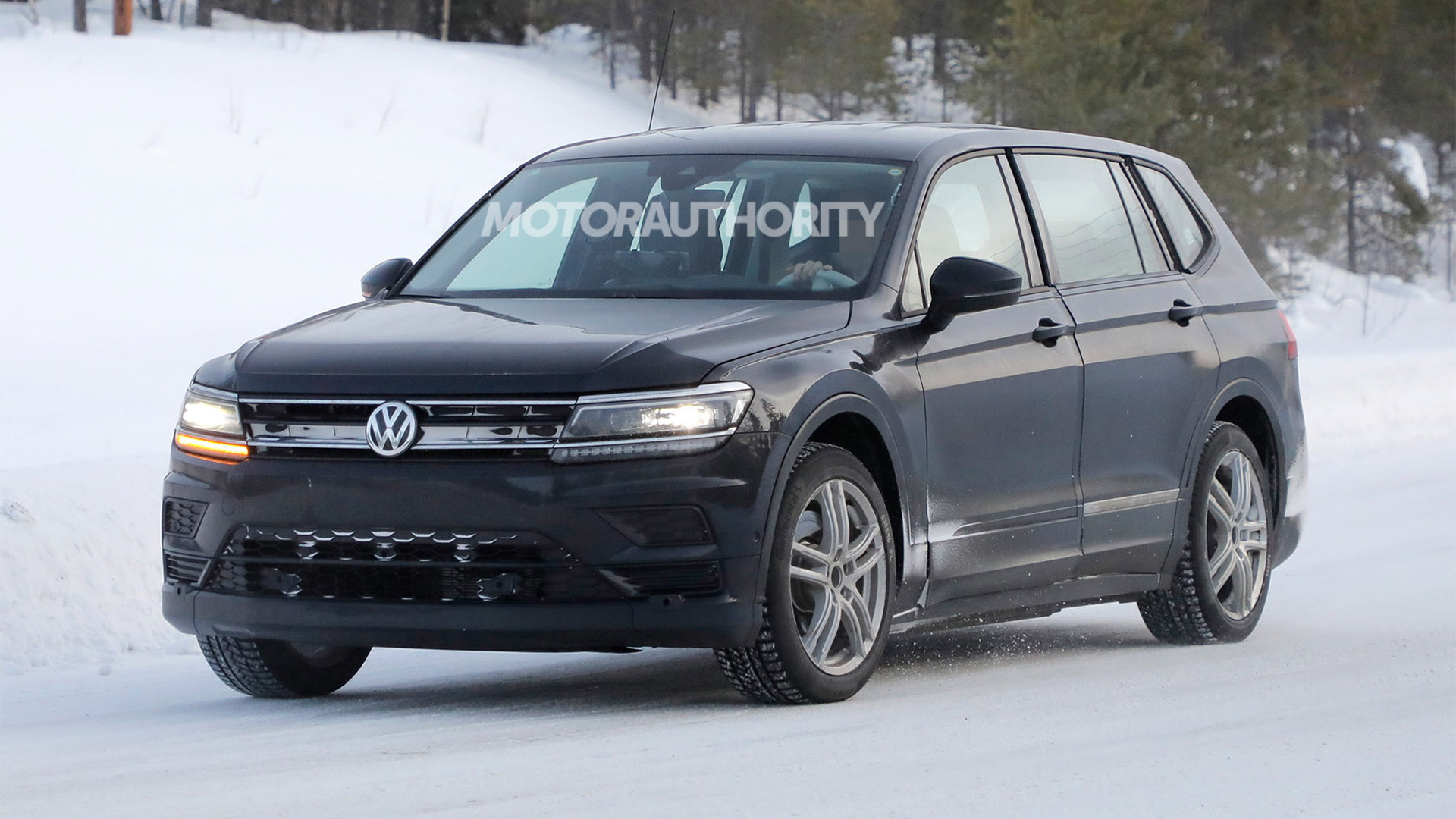 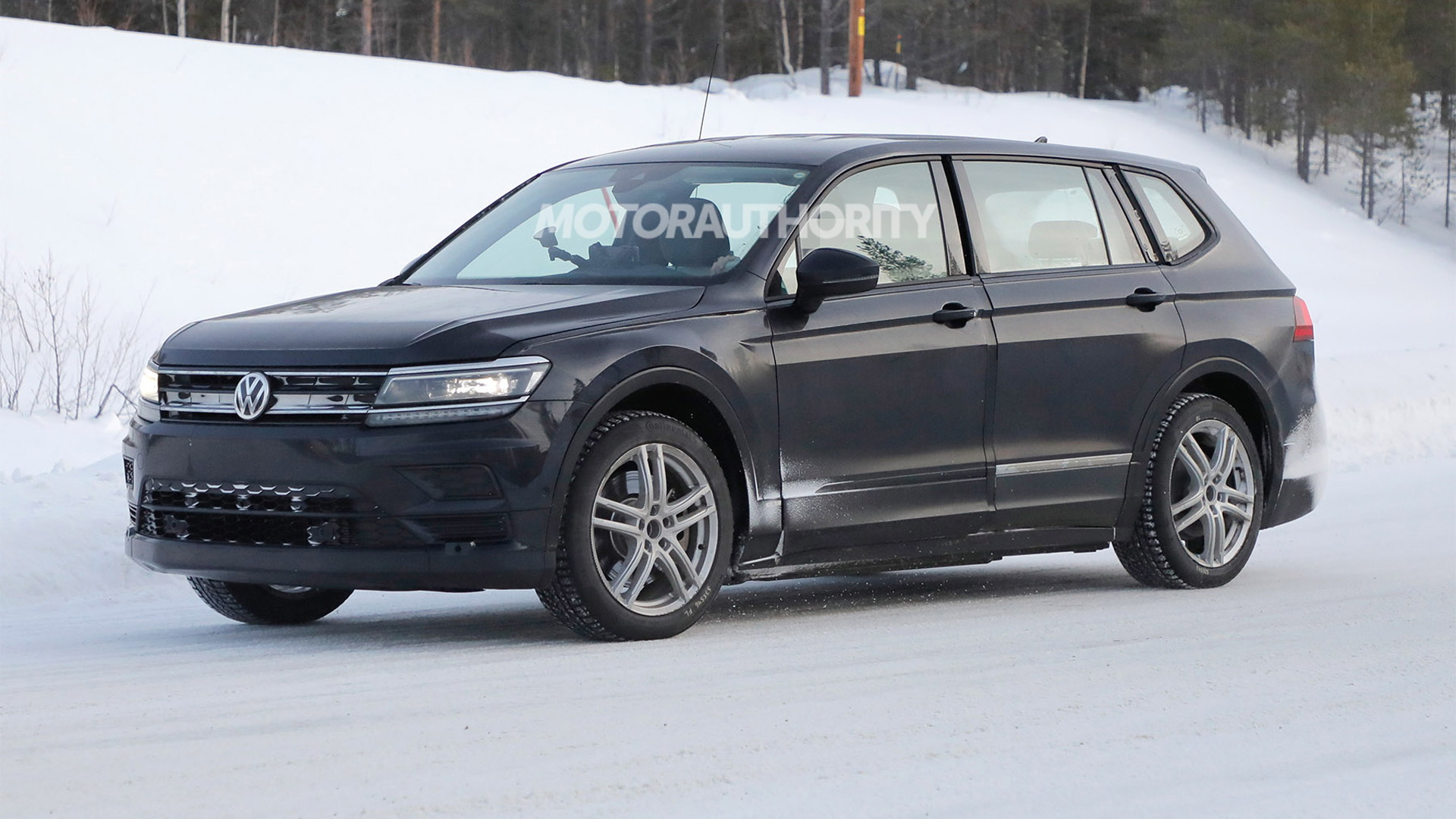 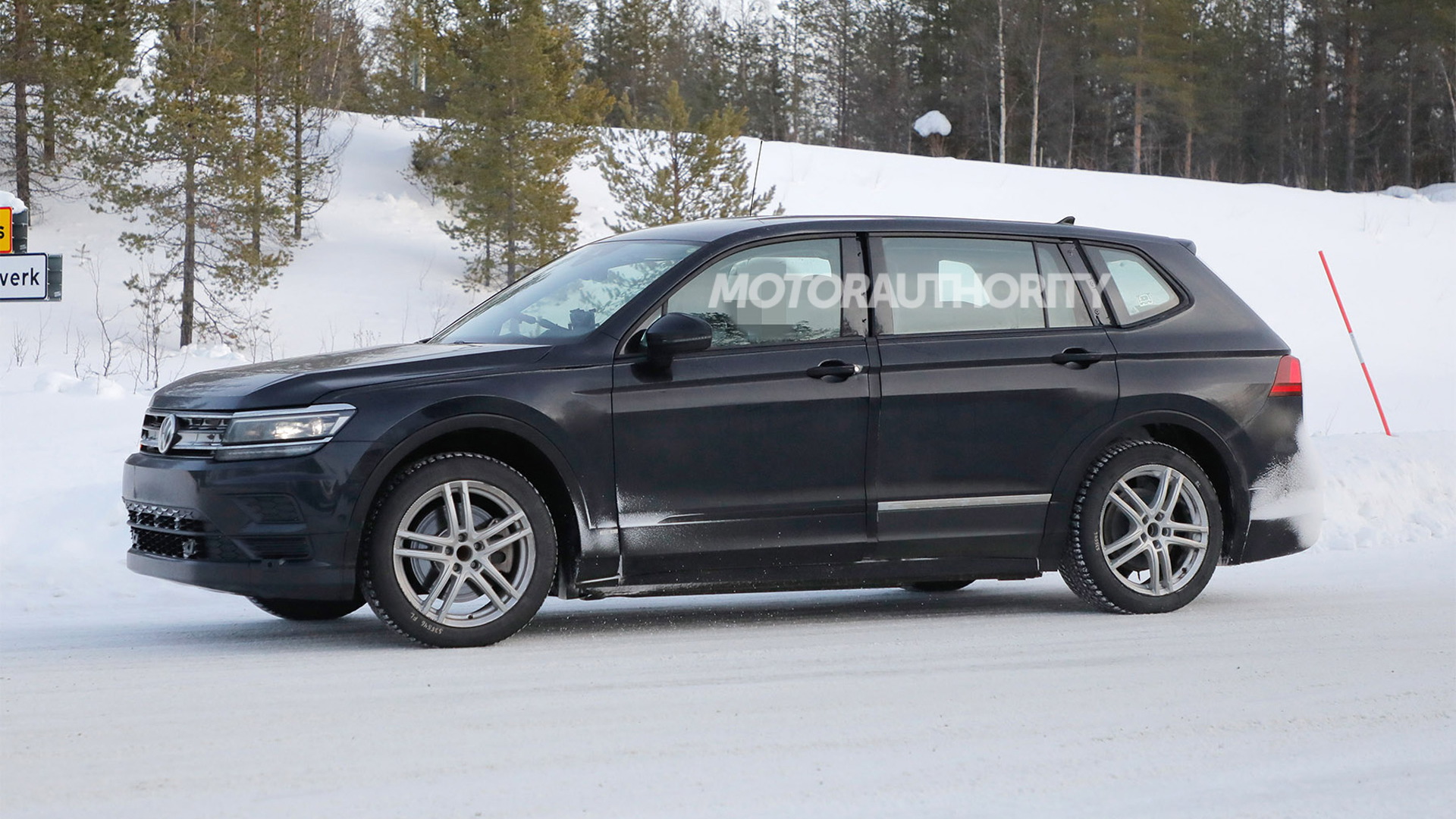 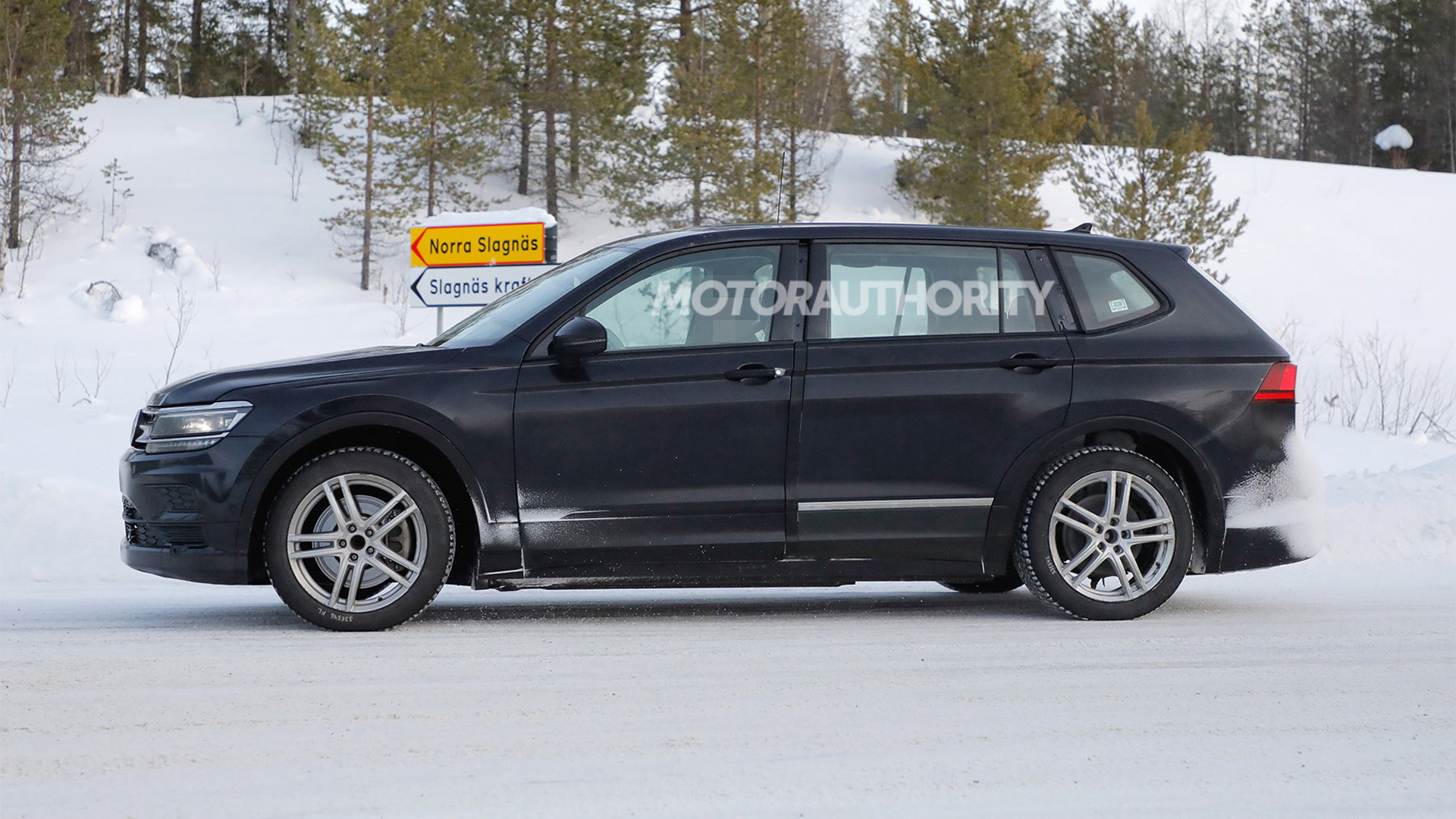 Volkswagen has been spotted with a test mule for a big electric SUV that's using the makeshift body of a Tiguan to hide its new mechanicals.

The Tiguan body is the long-wheelbase version we get standard in the U.S., but if you look closely you'll notice both the B- and C-pillar have been widened. A lengthened front fender also indicates extra width between the front axle and the windshield.

According to our photographer, the test mule was running silently. The “Elektrofahrzeug” label on the body, which stands for “electric vehicle” in German, also indicates that we are in fact looking at an electric SUV in the works.

A possible identity for the vehicle is a mid-size electric SUV to be called the ID.8. Volkswagen Group last July presented a new strategy that is to guide the automaker through to the end of the decade.

While the strategy outlines overarching plans that will see the automaker transform into a manufacturer of software-led, fully electric vehicles capable of autonomous driving, a speech made by CEO Herbert Diess the same day mentioned specific models. Most of the mentioned models have already been announced but one, a Volkswagen ID.8, was mentioned for the first time. In his speech, a text version of which was posted to his personal LinkedIn page, Diess confirmed plans for an electric SUV sitting in the same segment as VW's Atlas.

No further details were mentioned, but given its comparison with the Atlas, we can expect the ID.8 to be a mid-size SUV with third-row seats. The ID name also points to the vehicle utilizing VW Group's MEB electric vehicle platform for mainstream models.

VW already has two ID-badged mid-size SUVs, the related ID.6 X and ID.6 Crozz. They were revealed during Auto Shanghai 2021 and sold exclusively in China. At 192 inches in length, they were probably deemed too small for the U.S. The ID.8, if it comes close to the 200-inch length of the Atlas, is a better bet for our market.

The ID family currently consists of the ID.3 hatch, ID.4 and ID.5 crossovers, and recently revealed ID.Buzz minivan. In addition to the ID.8 SUV, we expect at least one model positioned below the ID.3, plus an ID.6 to replace the Passat sedan. We may also see a wagon version of the ID.6 badged an ID.7. Stay tuned.