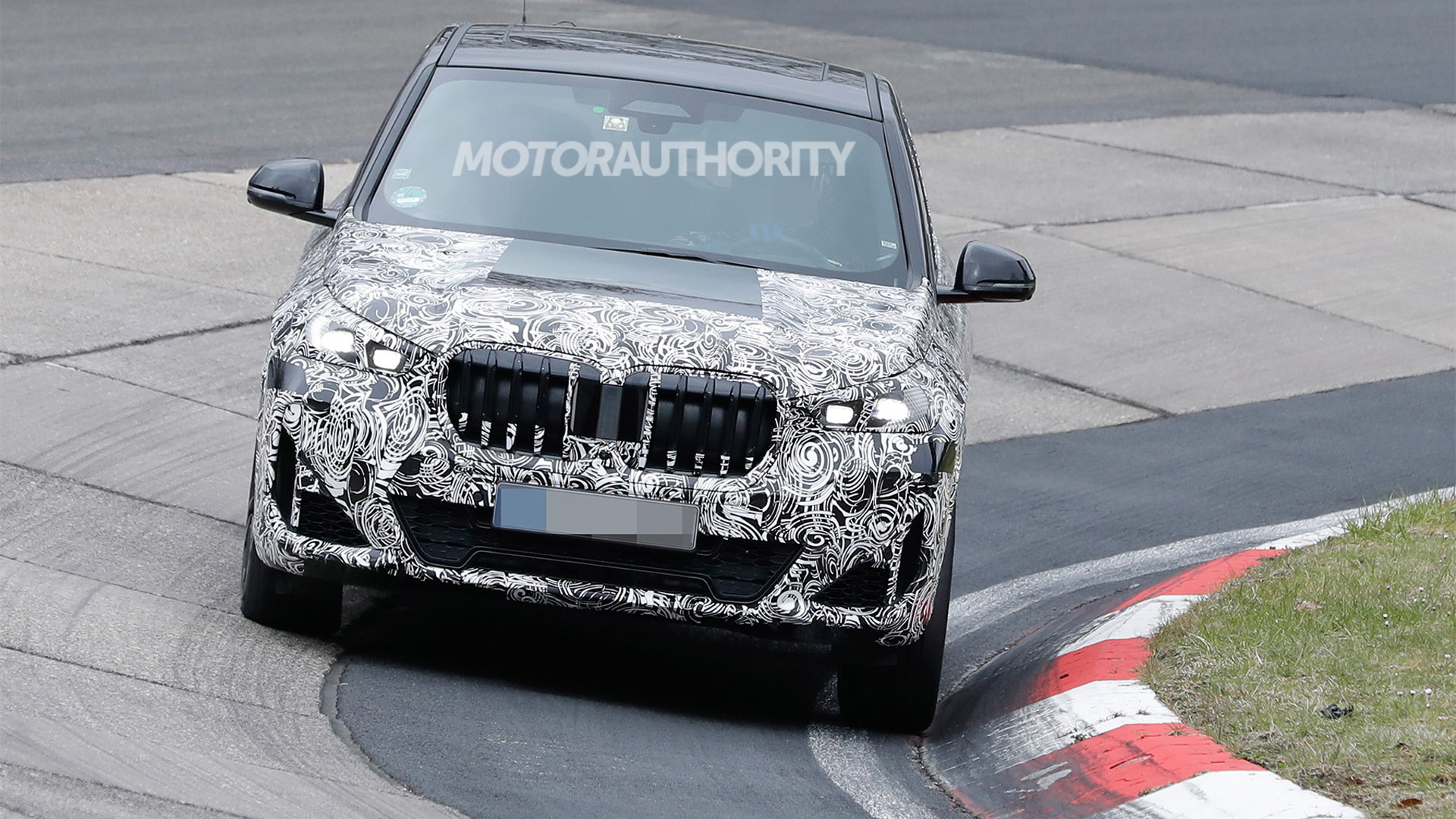 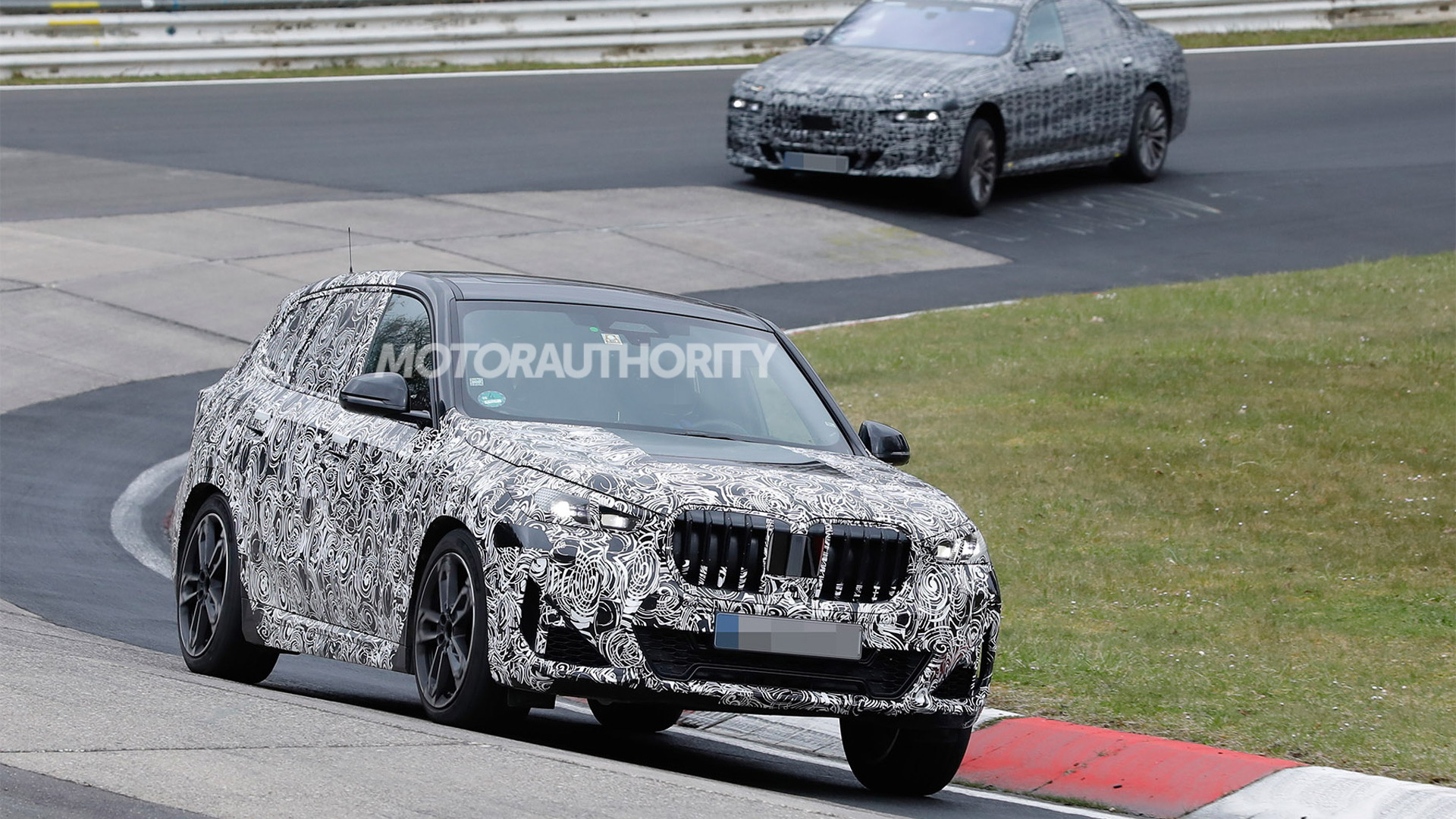 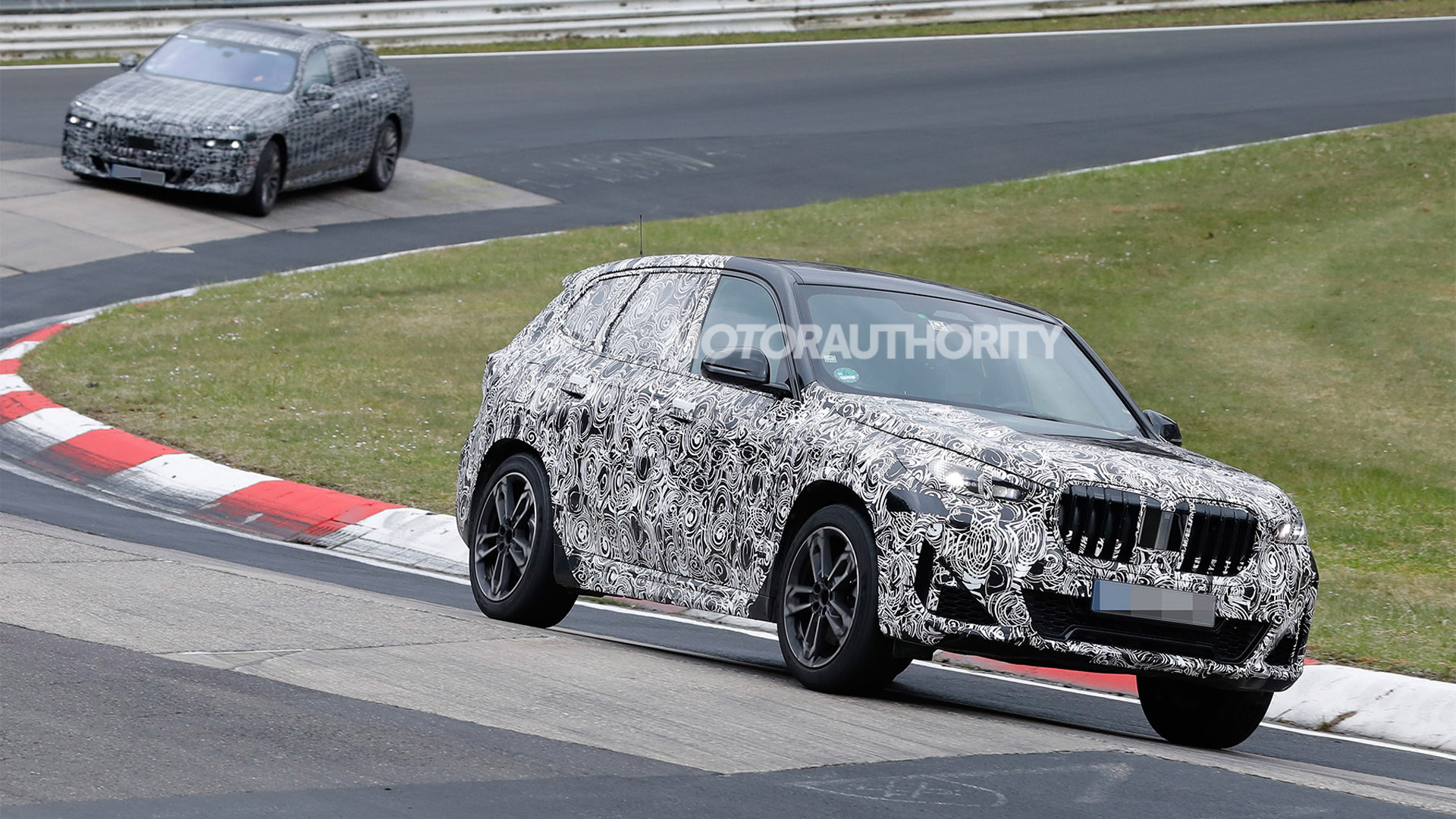 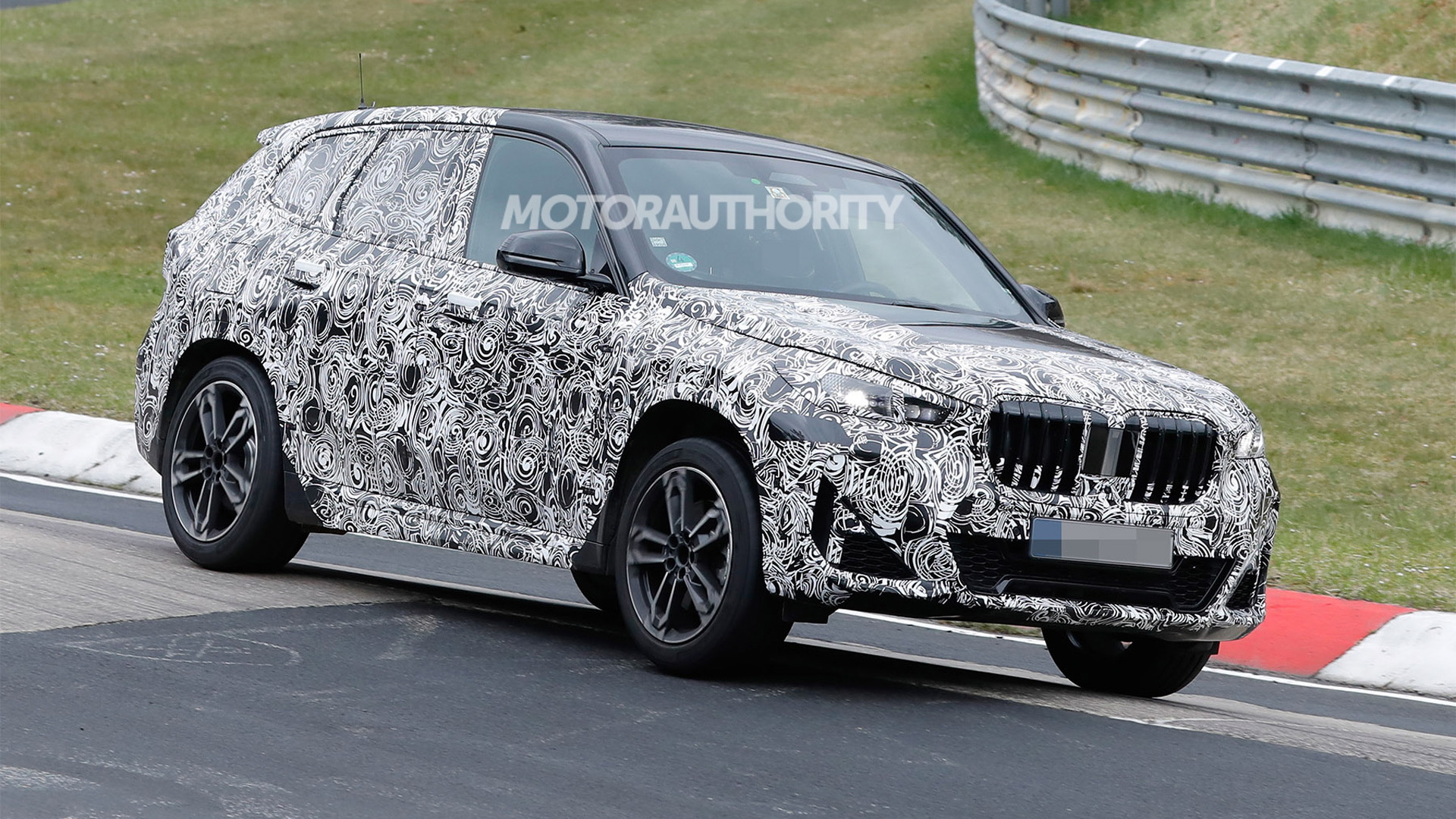 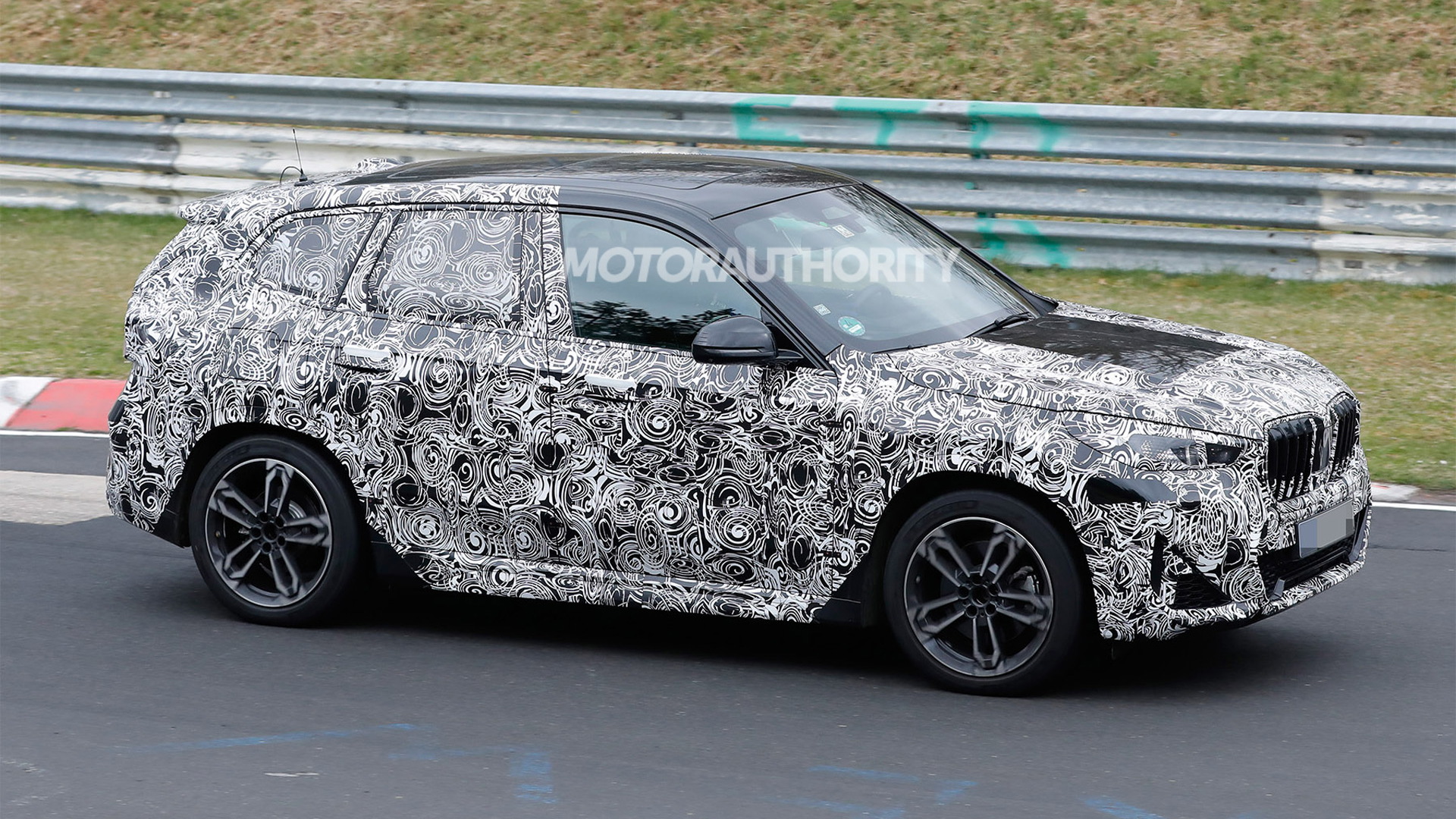 The BMW X1 is already one of the better looking options in the compact crossover segment, and it looks like designers will up the wow factor for the next-generation model.

Fresh prototypes for the redesigned X1 have been spotted, revealing some of the new styling themes. We should see it arrive later this year as a 2023 model.

Even with the camouflage gear on, we can already see the redesigned X1 will take on a bolder, more brutish look than the current model thanks to the wide, shark nose grille. The rest of the design looks to be an evolution of the current model, though the signature Hofmeister kink looks to be more vertical, which should further accentuate the design's toughness.

The platform is BMW Group's latest front-wheel-drive architecture designed for compact cars, known as FAAR. The platform made its debut in 2019 in a redesigned 1-Series hatchback sold overseas and has since appeared in the 2-Series Gran Coupe launched in the U.S. for 2020.

The FAAR platform is an update of the UKL platform underpinning the current X1. The biggest change is the option for battery-electric powertrains. Yes, an electric X1 to be badged an iX1 is in the works. It's one of at least 13 battery-electric models BMW Group will offer across its brands by the end of 2023.

Don't hold your breath for an X1 M from BMW M, but a sporty X1 M35i is coming. It will make a great alternative to the new GLA35 and GLB35 from Mercedes-Benz AMG.

Fellow BMW Group brand Mini is developing a redesigned Countryman twinned with this X1. As a result, the new Countryman will also have the choice of internal-combustion and electric power. Both vehicles will also share a plant, in this case BMW Group's plant in Leipzig, Germany.