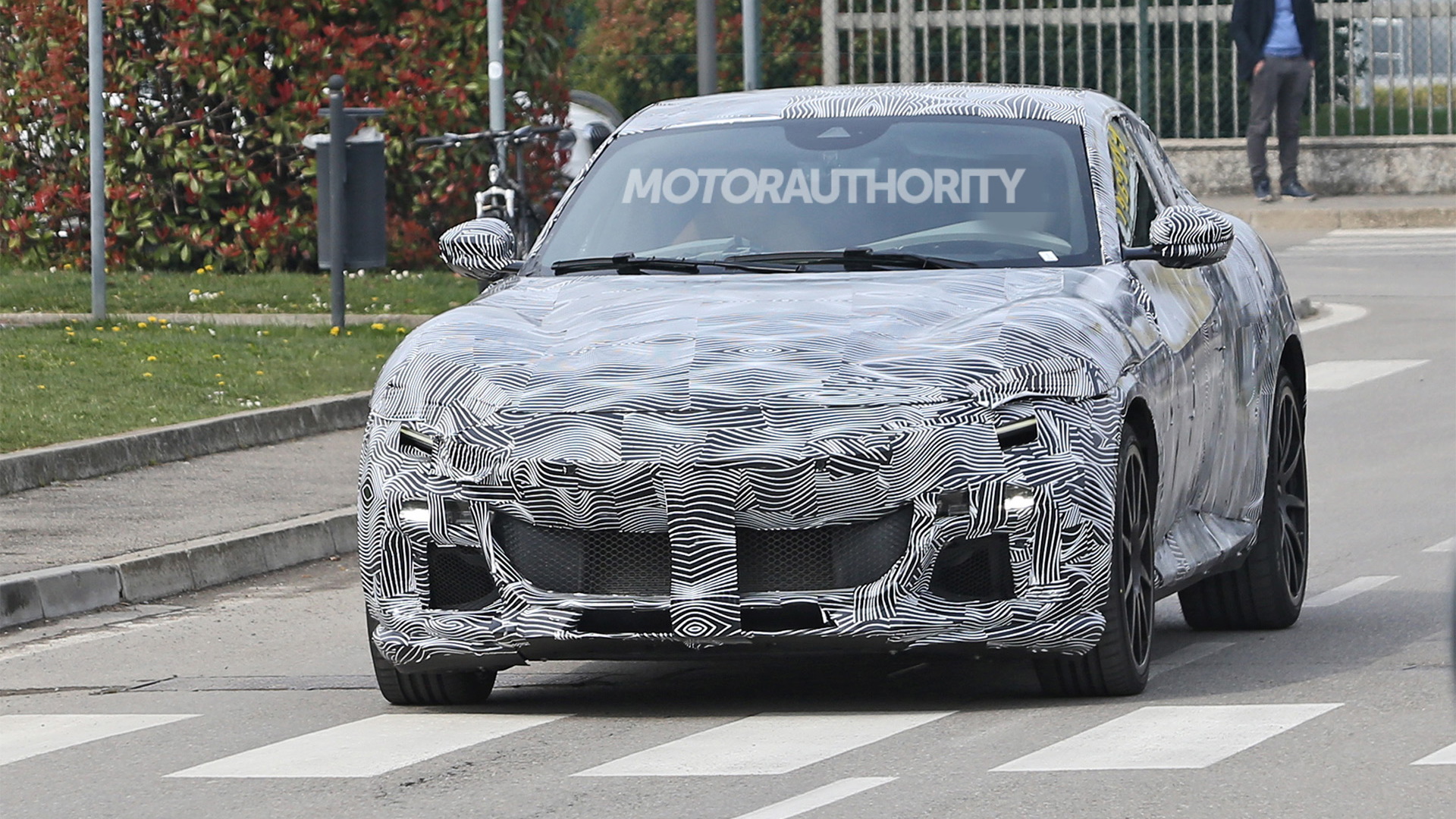 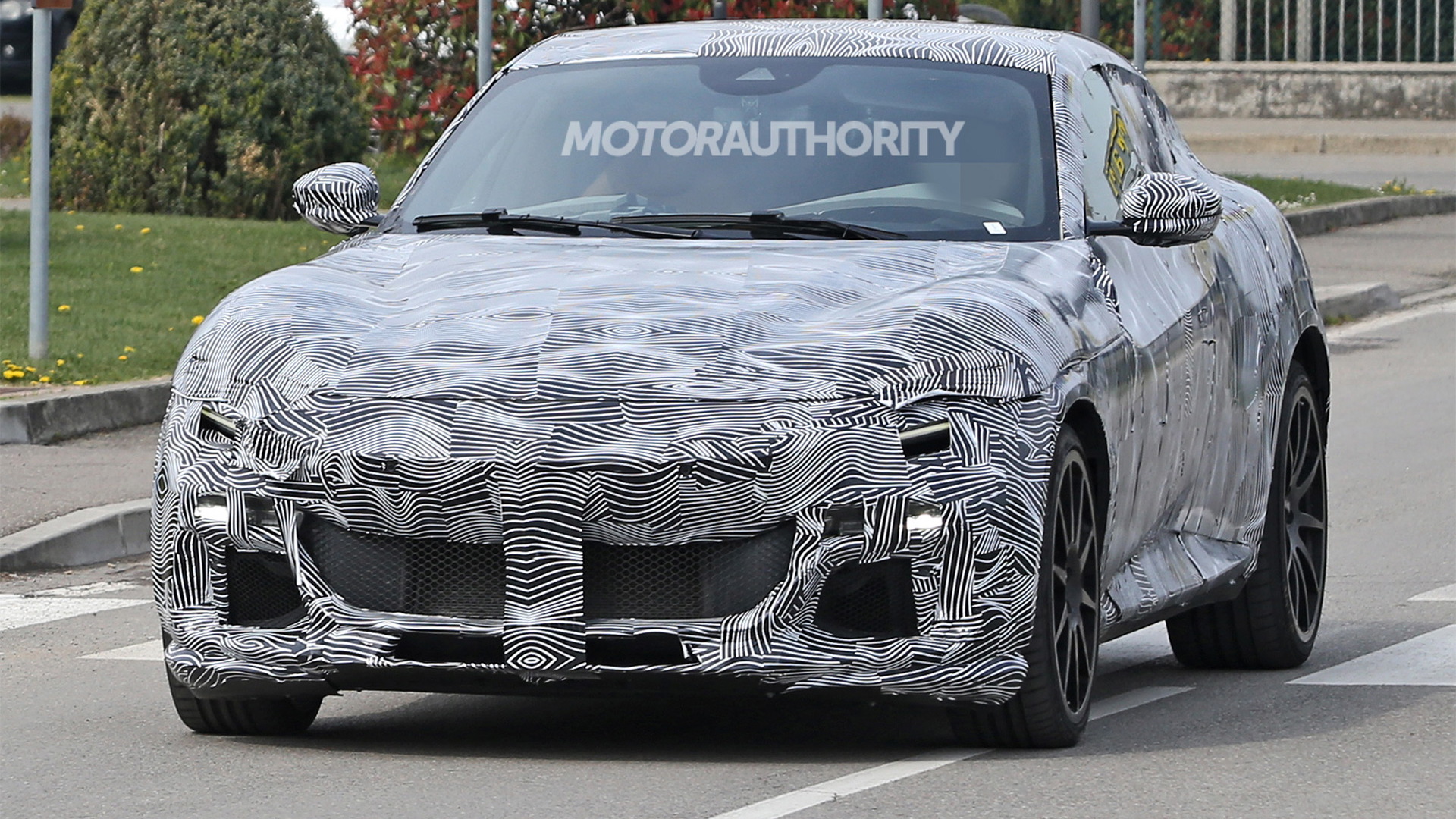 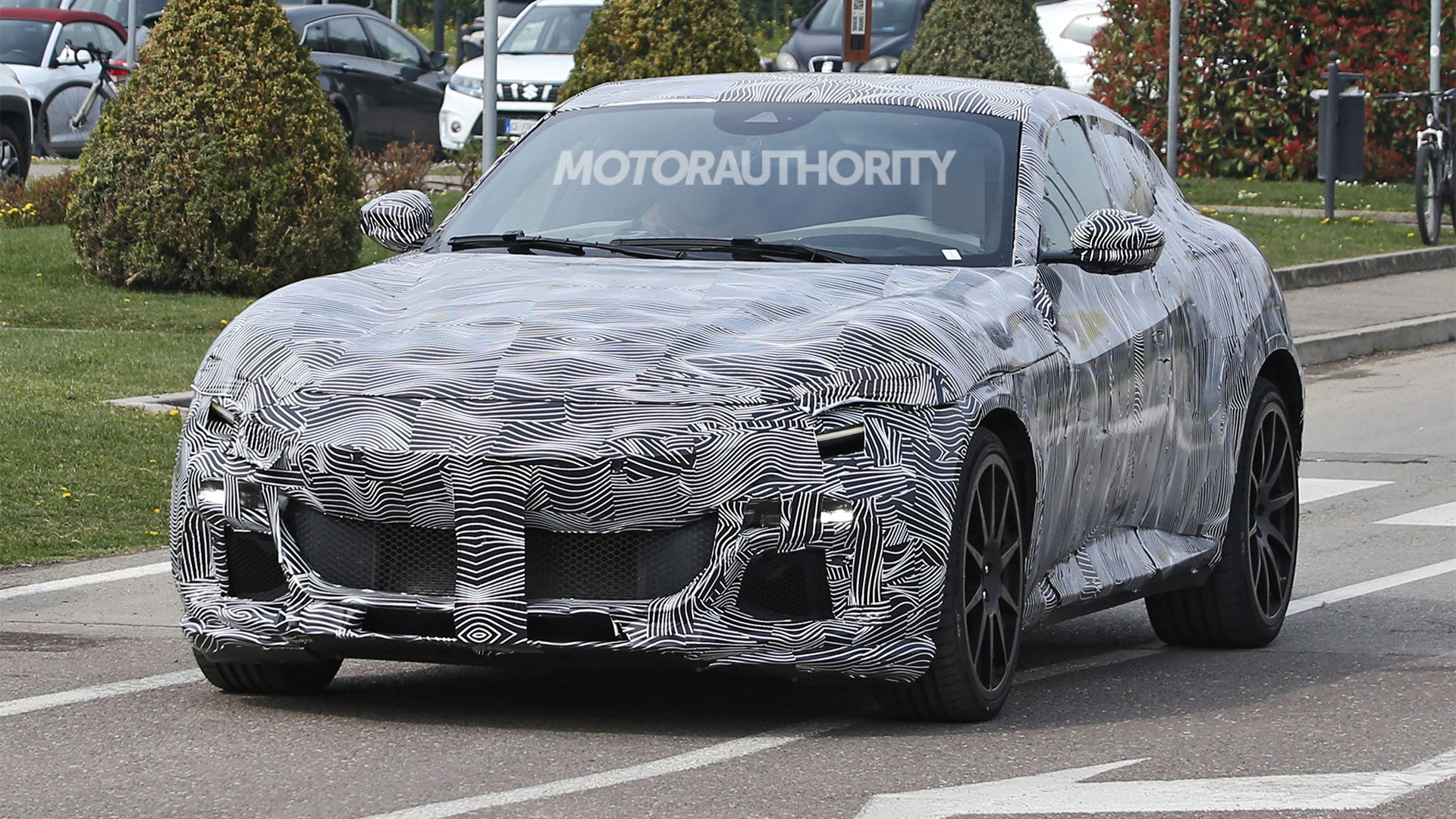 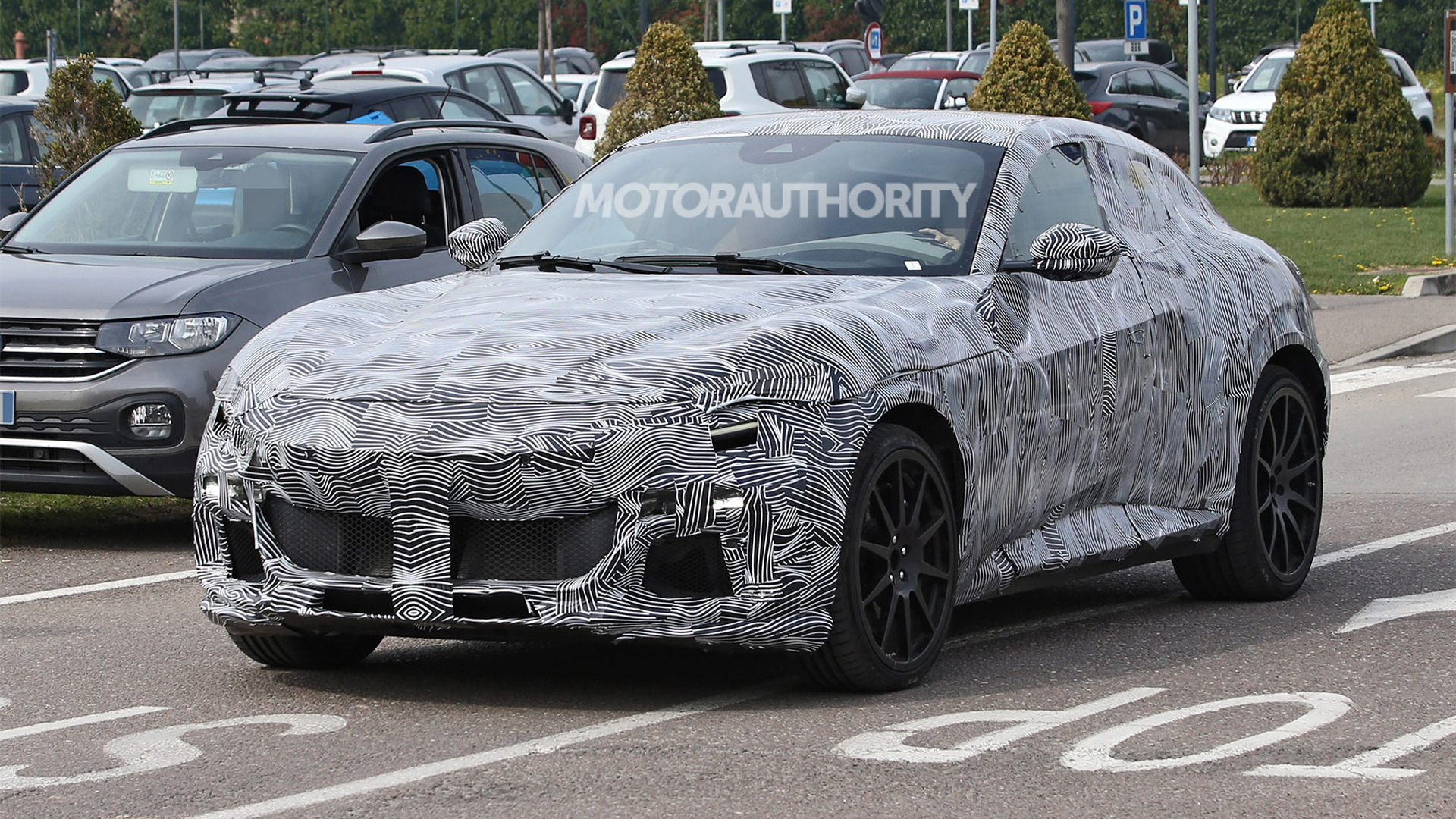 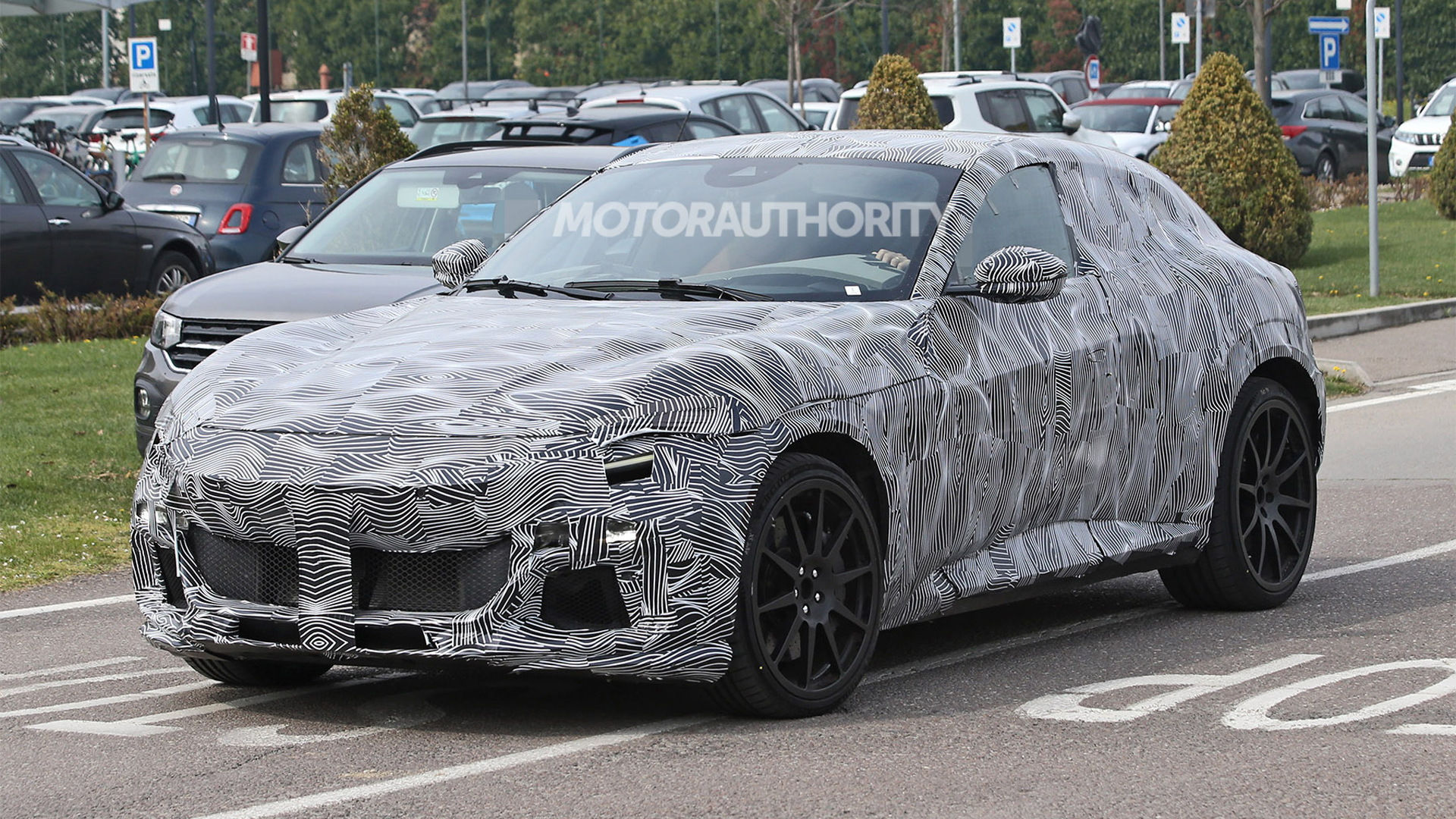 A new tester for Ferrari's Purosangue crossover has been spotted again, and this time it is wearing the production body shell.

While previous test mules looked like slammed Maserati Levantes, the latest spy shots show a prototype with a number of production-bound elements. While still heavily camouflaged, we can see that the prototype somewhat resembles the design of the Ferrari Roma coupe at the front. We also spot large carbon-ceramic brake rotors and a hatchback rear similar to the Ferrari GTC4 Lusso, the model the Purosangue will directly replace.

Ex-Ferrari CEO Louis Camilleri revealed the Purosangue name for the crossover in 2018, which is Italian for “thoroughbred.” He said at the time the vehicle won't reach the market in 2020 like his predecessor, Sergio Marchionne, had envisaged. Instead, Camilleri stressed the need to make the controversial addition to Ferrari's lineup absolutely “perfect,” meaning its development won't be rushed. The debut is now expected to take place later this year, meaning we should see it arrive as a 2023 model. The debut should be soon as Ferrari in March released a revealing teaser.

Underpinning the Purosangue will be a new front mid-engine platform Ferrari has developed for its future grand touring models, like replacements for the Portofino, Roma and 812 Superfast. The platform complements the new mid-engine architecture that debuted in the SF90 Stradale and has since appeared in the 296 GTB.

A V-12 engine, likely with some form of electrification, is expected to be offered in the Purosangue in addition to a base V-8 that's also electrifed. Interestingly, there are rumors Ferrari's first battery-electric car due around 2025 will also be a crossover, perhaps a variant of the Purosangue.

Teaser for Ferrari Purosangue debuting in 2022

It isn't clear what utility the Purosangue will offer but we've previously heard it will come with four doors. The rear doors might end up as suicide-style doors similar to those used on the Mazda RX-8 sports car, which would allow Ferrari’s design team to preserve a sporty coupe-like side view.

Following the debut of the Purosangue, Ferrari is expected to finally introduce its successor to the LaFerrari, a car expected to be related to the Prancing Horse's Le Mans Hypercar racer set to compete in the World Endurance Championship's Hypercar class from 2023. We should also see a convertible option added to the 296 GTB.