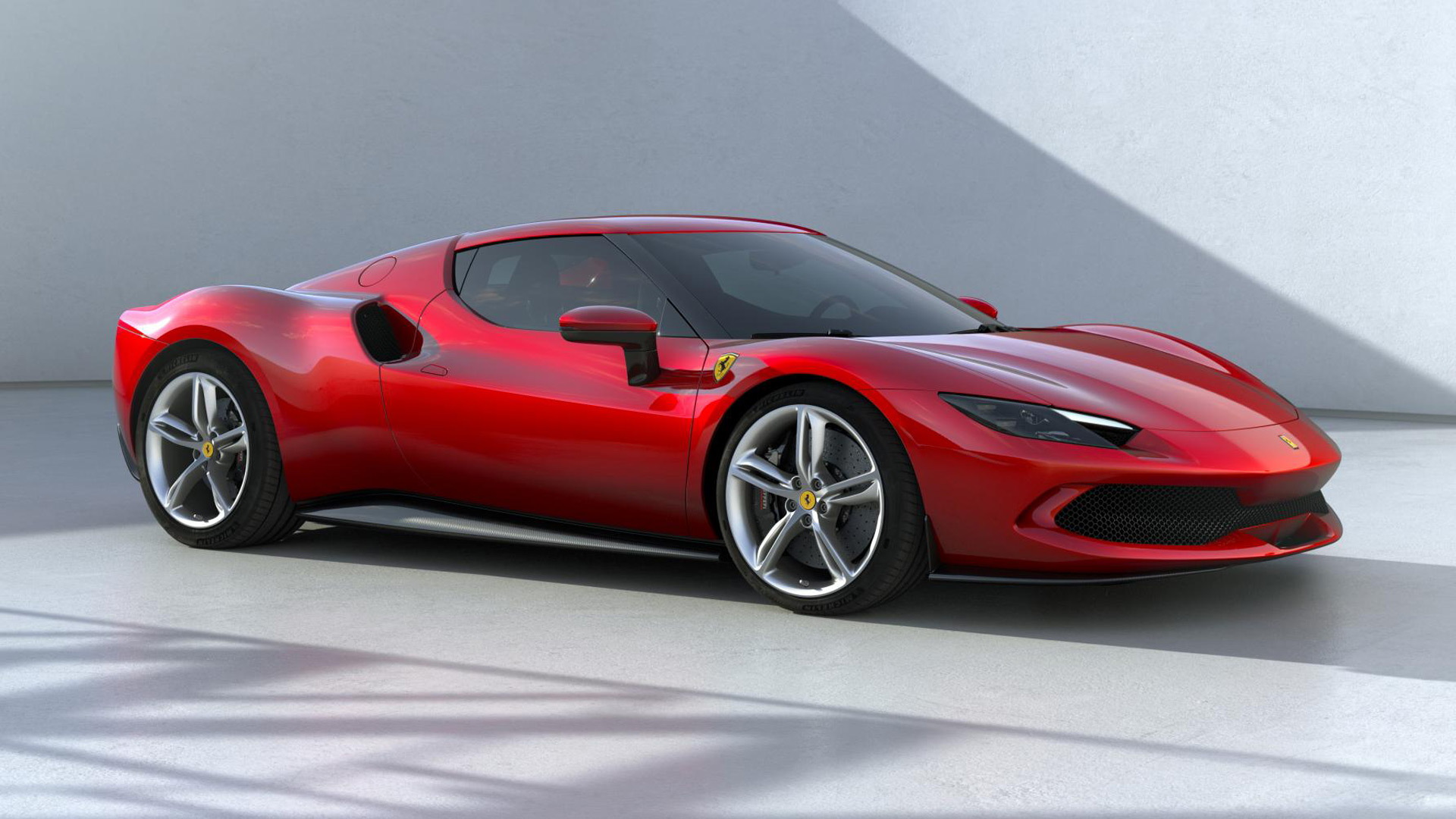 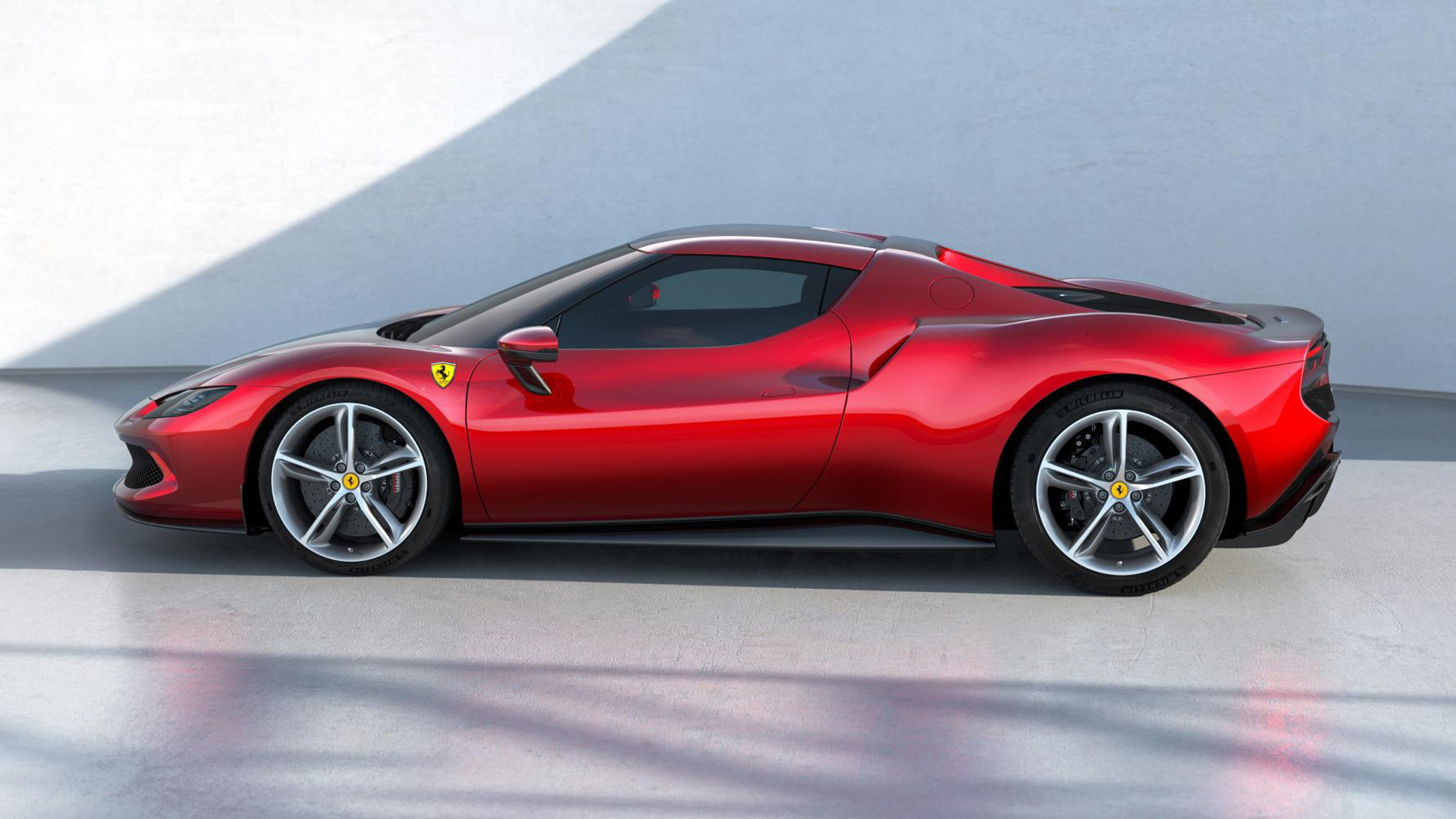 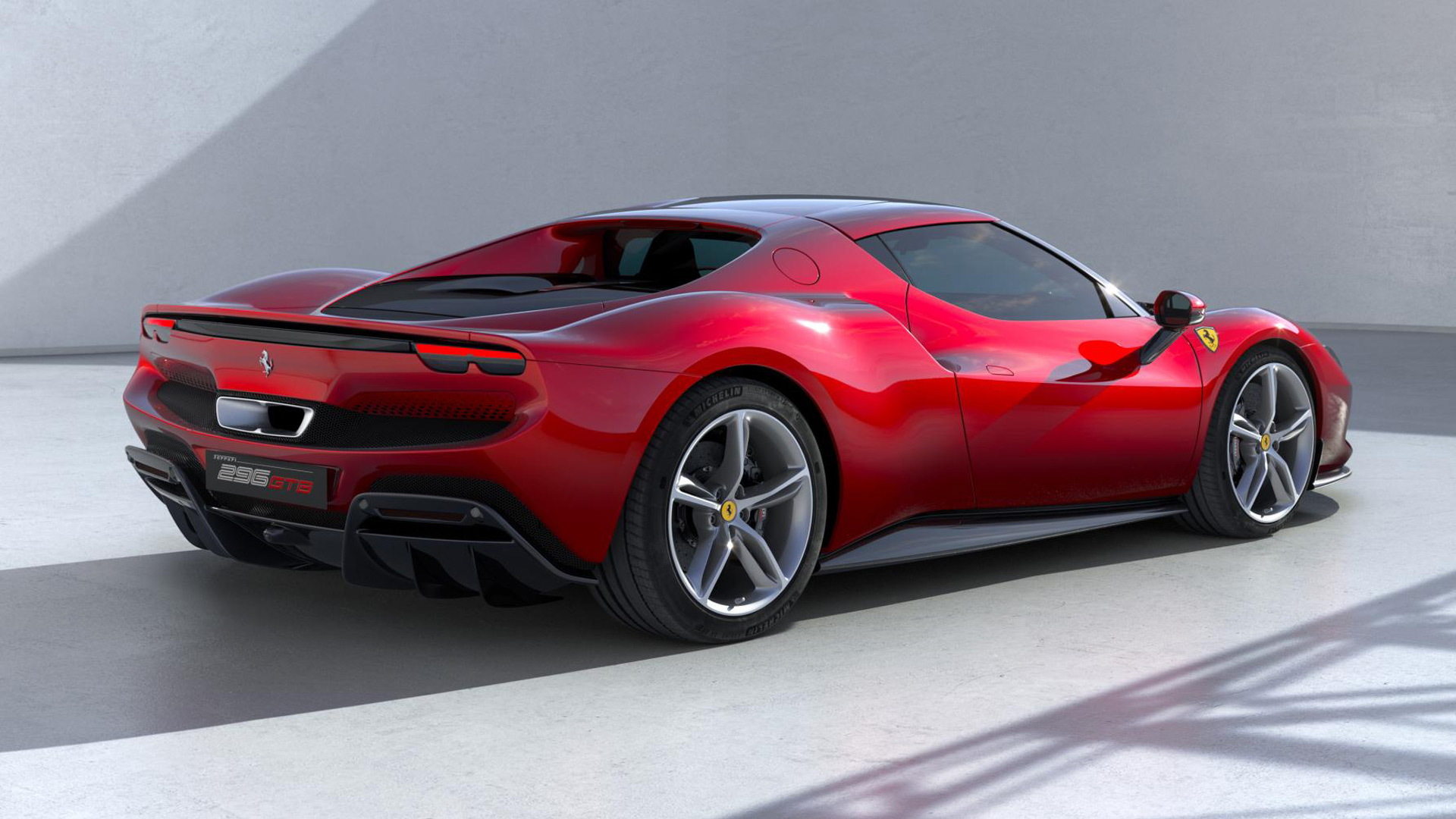 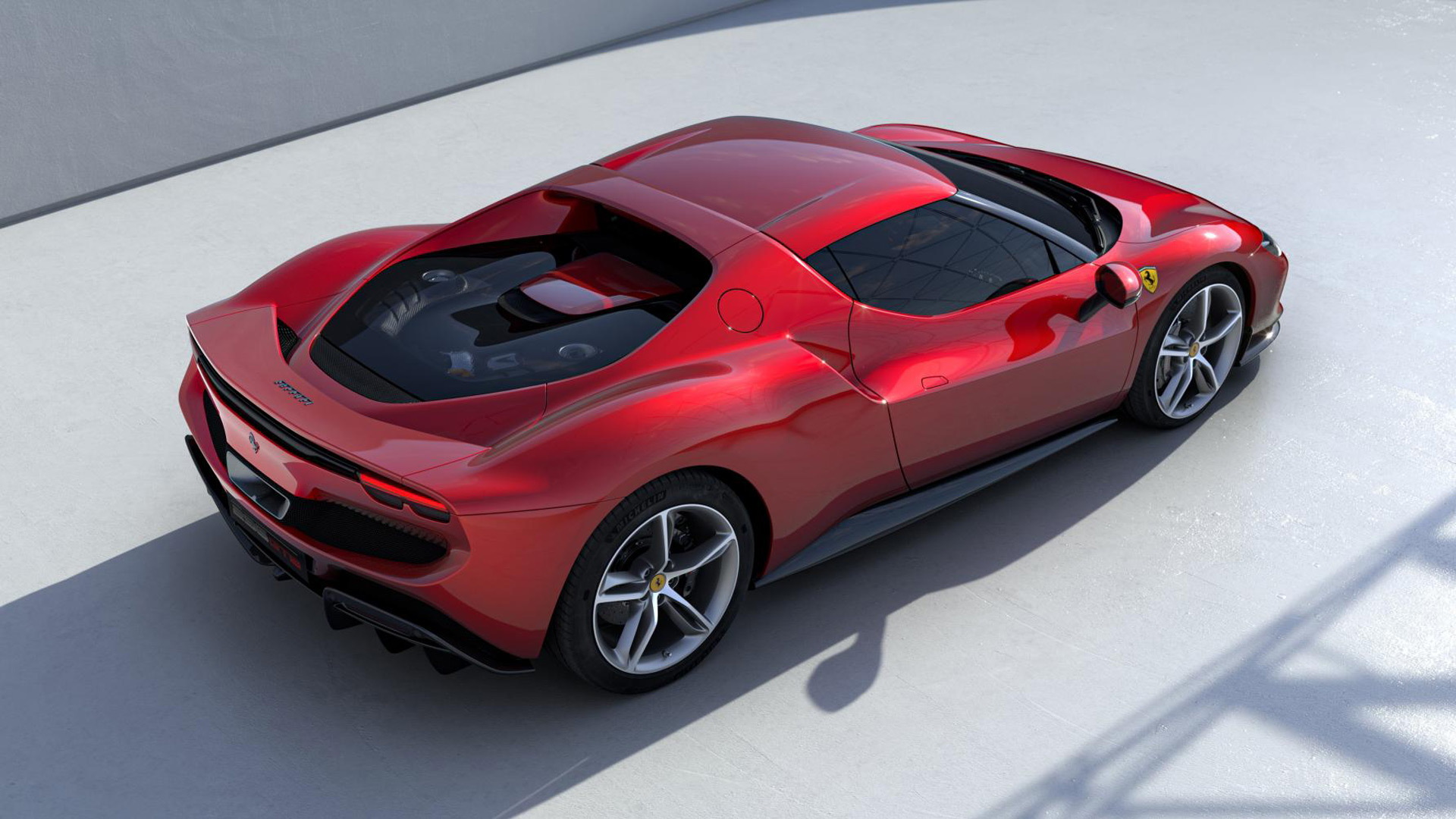 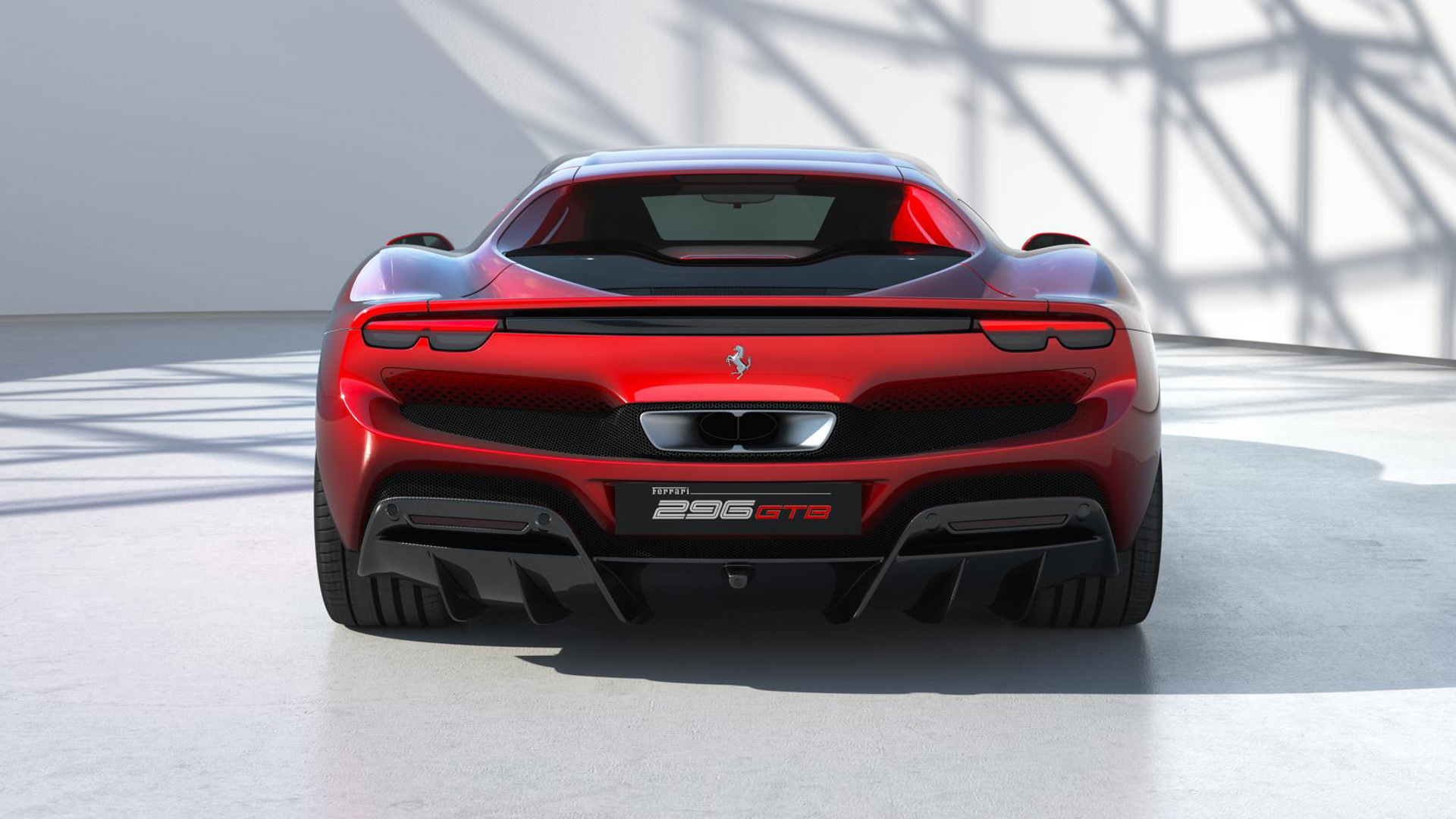 Talk of a modern Ferrari powered by a V-6 dates back more than a decade, but the Italian automaker finally unveiled one on Thursday in the form of the new 296 GTB.

The latest entry follows in a long line of mid-engine cars from Ferrari, and brings to the table a plug-in hybrid powertrain comprising a 3.0-liter twin-turbocharged V-6 with a wide 120-degree “vee” angle as the internal-combustion component. The wide angle helps create a lower center of gravity while providing adequate space for the turbos to be mounted above.

The V-6 revs to 8,500 rpm and is mated to an 8-speed dual-clutch transmission, and sandwiched between these two units is a single electric motor. The engine generates 654 hp on its own while the electric motor adds 164 hp to bring the total to 818 hp. Peak torque is 545 lb-ft and drive is the rear wheels only.

The setup is different to the one in the SF90 Stradale which has a V-8 instead of a V-6, along with two additional electric motors at the front axle. However, the 296, like the SF90, can also drive on electric power alone. A small 7.45-kilowatt-hour battery makes an electric range of about 15 miles possible.

Such a setup is similar to the one in the rival McLaren Artura, though in the Artura, you're only looking at 671 hp and 531 lb-ft of torque, which means the Ferrari is probably quite a bit quicker. Claimed performance specs include 0-62 mph acceleration in 2.9 seconds, a top speed of over 205 mph, and a Fiorano lap time of 1:21. That makes it quicker than even the 488 Pista.

With the lower cylinder count, Ferrari has managed to reduce the wheelbase compared to mid-engine V-8 models by about 50 millimeters. The engine is also naturally lighter, with Ferrari quoting a dry weight of about 3,240 pounds.

The interior follows a similar theme to the SF90, right down to the controls for the transmission which resemble the gated manual design of classic Ferraris. Greeting the driver is a digital instrument cluster while the passenger gets their own speed display.

The 296 GTB, the name coming from the specific 2,992-cc displacement and 6-cylinder configuration of the V-6, as well as Ferrari's Gran Turismo Berlinetta designation, serves as the replacement for the F8 Tributo in the Prancing Horse's lineup, as opposed to a new entry-level mid-engine car as had been rumored. This means it will likely be priced similar to the F8 which starts at about $277,000. Deliveries start in early 2022.