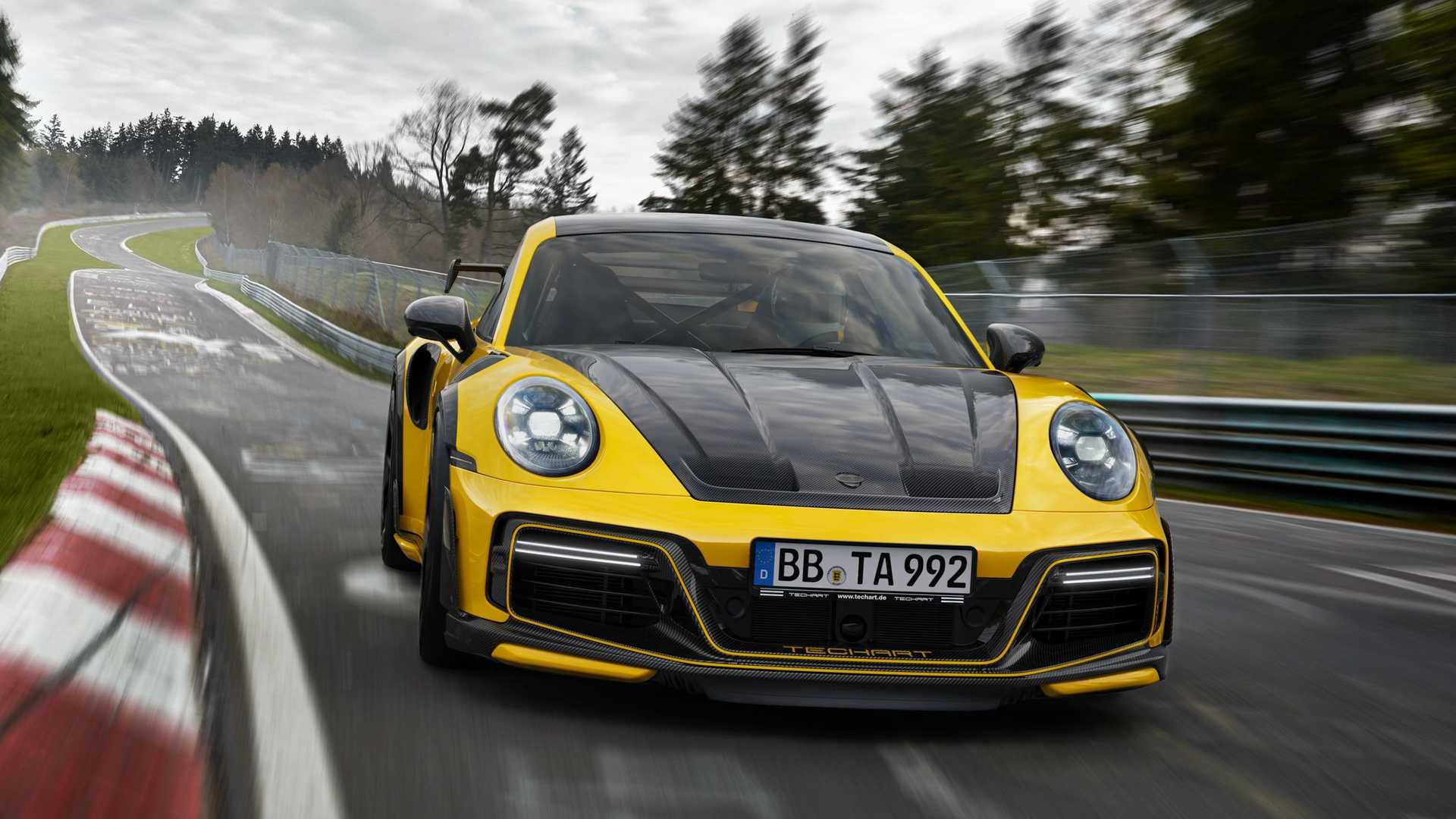 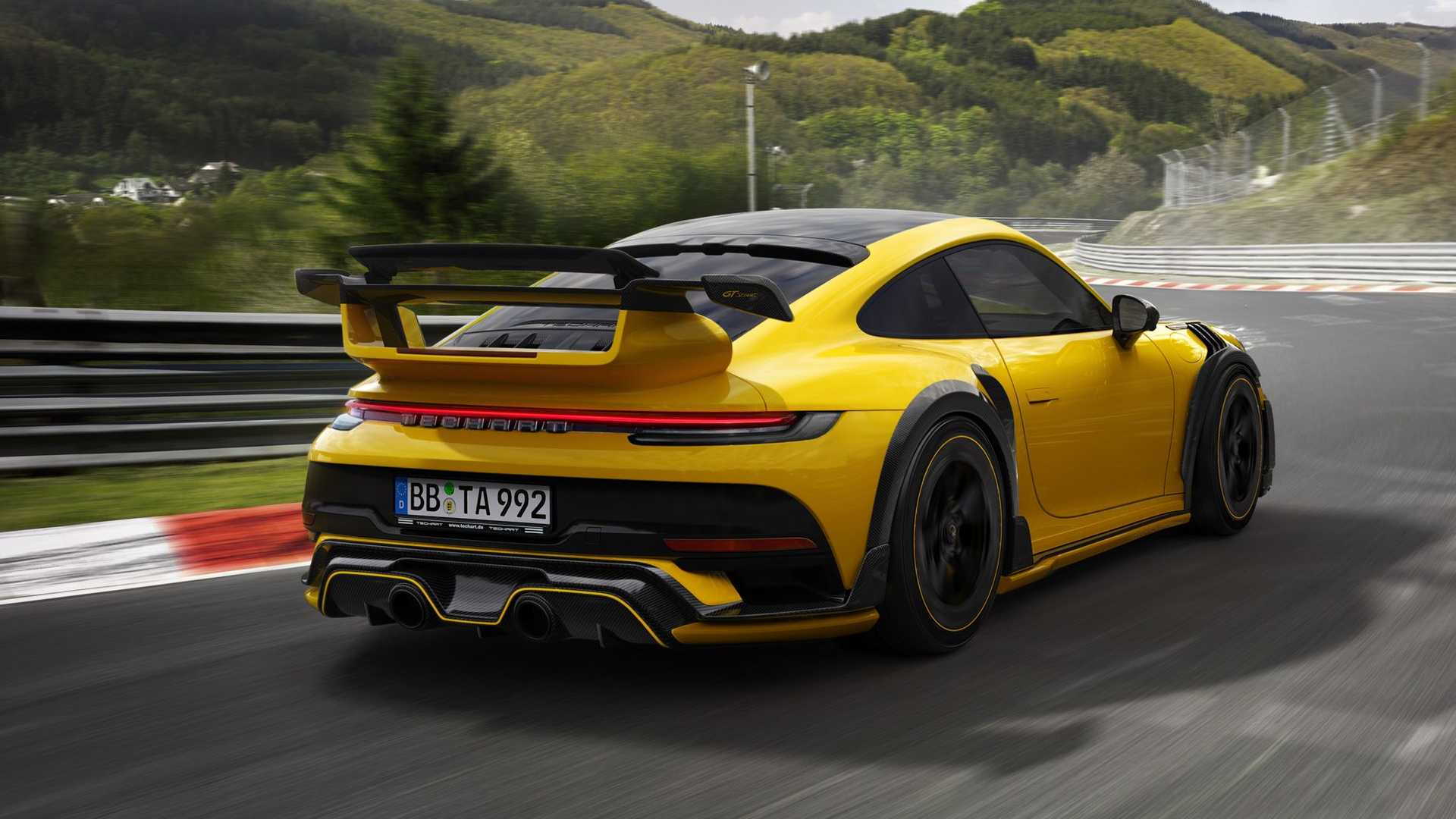 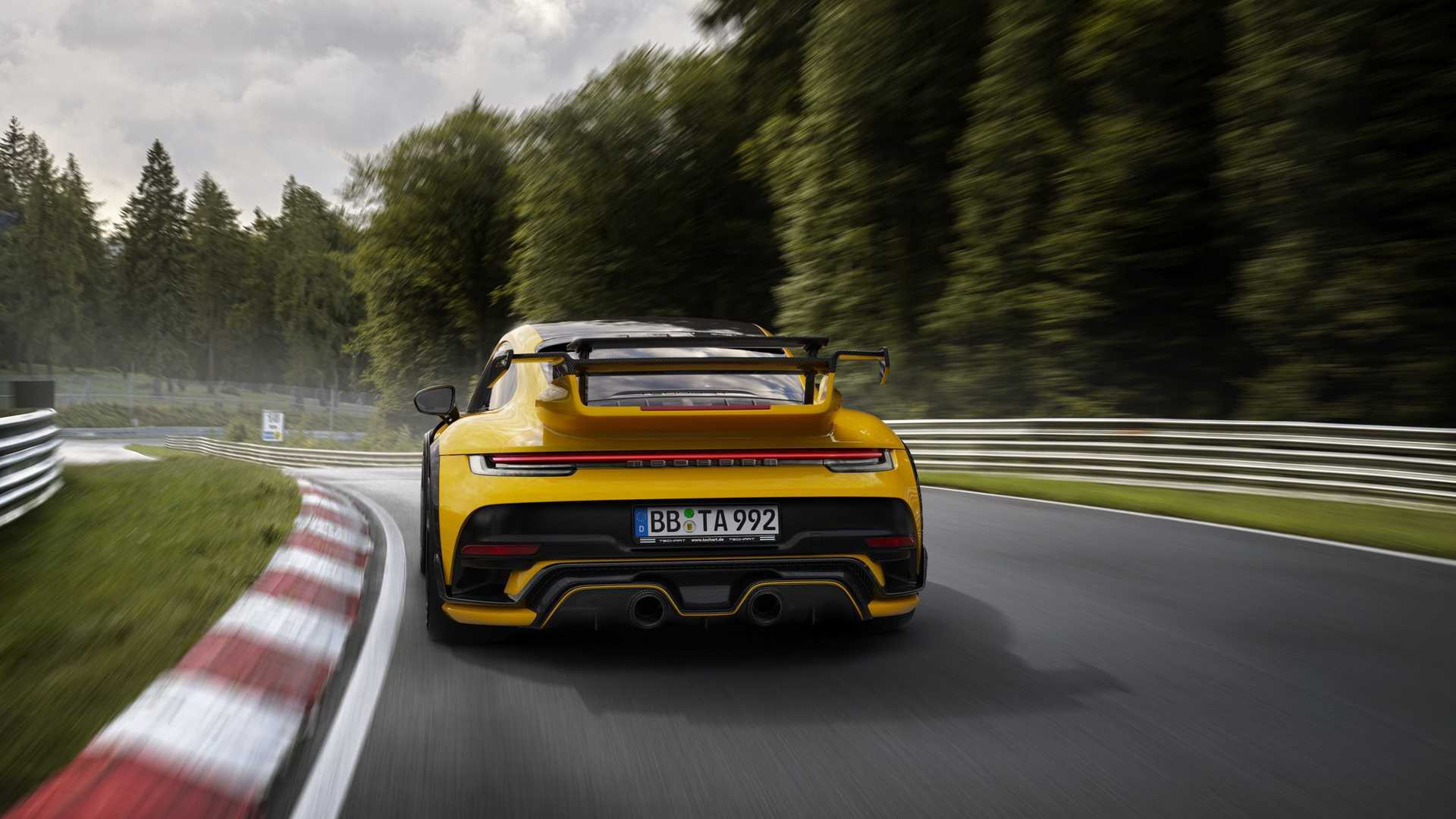 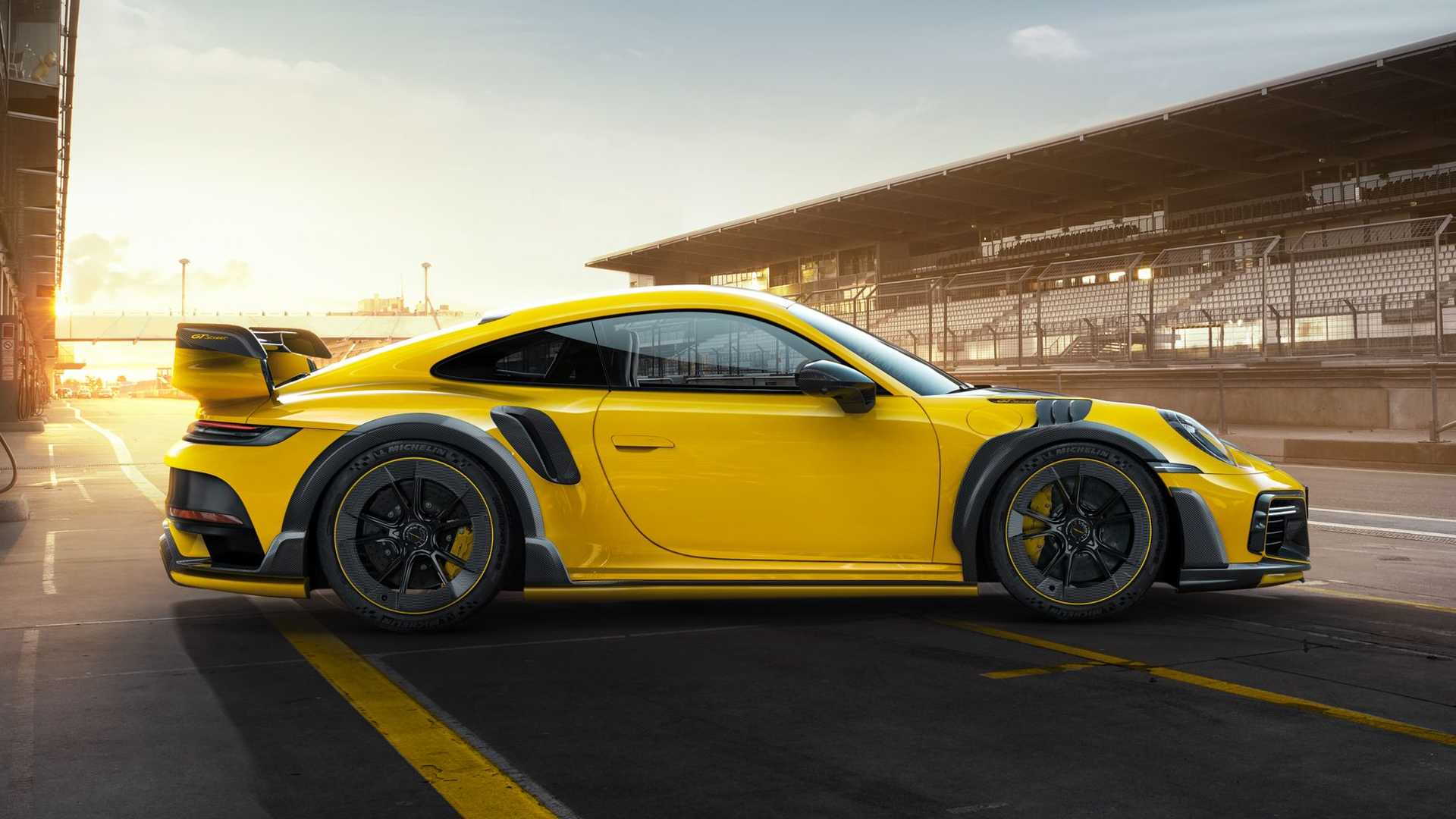 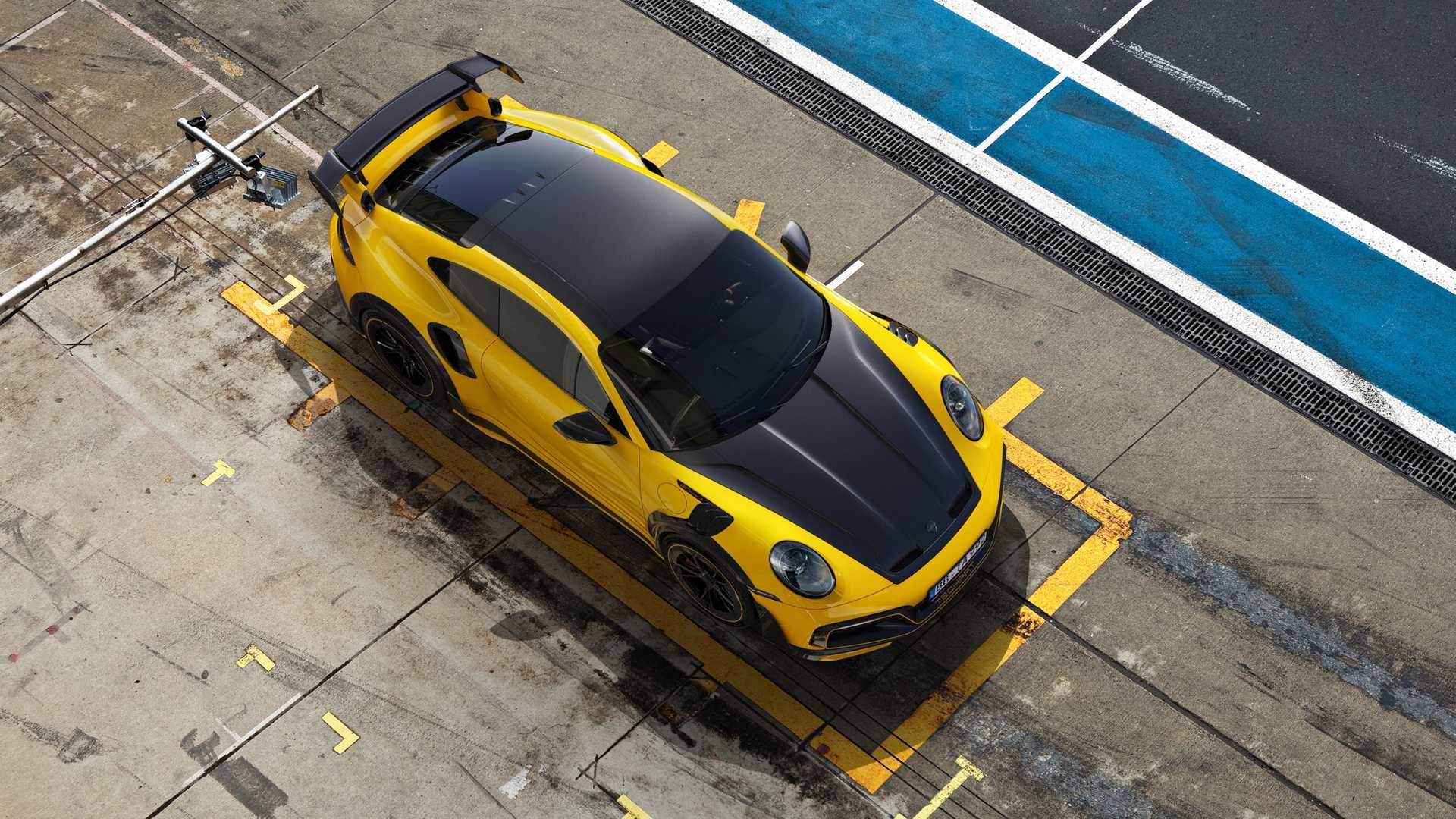 German tuner Techart has unveiled a new generation of its GT Street R based on the 992 Porsche 911 Turbo—20 years after the arrival of the 996-based original.

Porsche's 911 Turbo and 911 Turbo S offer plenty of performance straight out of the box. Much more than the average buyer will ever need, in fact. Nevertheless, there are always those buyers that want more, and that's where companies like Techart step in.

Techart, located close to Porsche's hometown of Stuttgart, has been making Porsches go faster for more than three decades, and the company's GT Street R and more hardcore GT Street RS are the most widely recognized products in the portfolio.

The new GT Street R starts with either the 911 Turbo or spicier Turbo S, with the upgrades aimed at delivering a sharper, more emotional car. They start with a substantial boost in output from the 3.8-liter twin-turbocharged flat-6 to 800 hp and 700 lb-ft of torque, made possible via new turbochargers, engine management, and exhaust. If this is too extreme, Techart also has a Stage 1 upgrade that lifts output to 700 hp and 664 lb-ft. 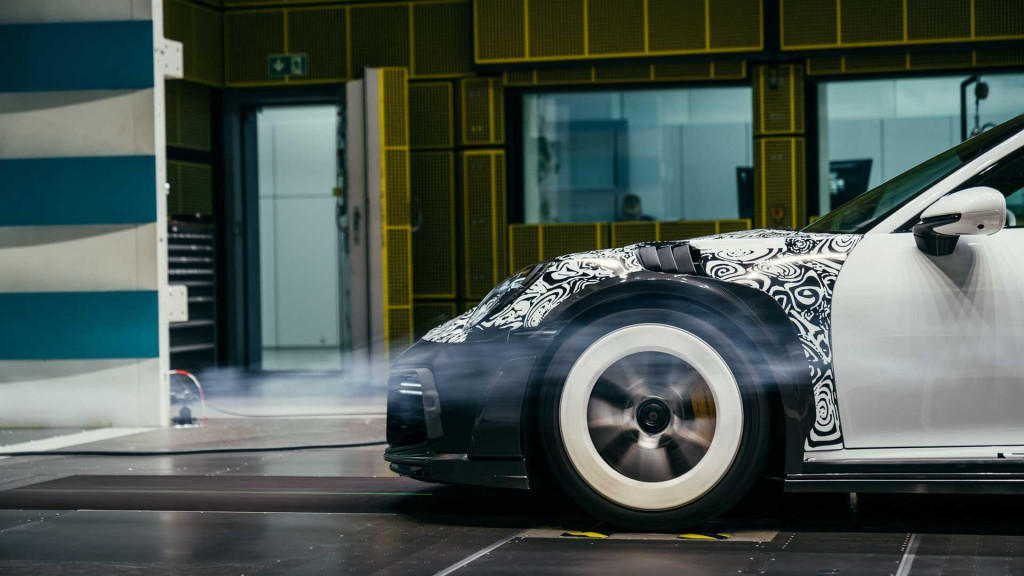 The car features more aggressive fascias front and rear, plus a huge rear spoiler made from carbon fiber that makes the swan-neck design on the latest 911 GT3 look modest in comparison. You'll notice in some of the shots the wing has its own integrated wing that can be extended for extra downforce. Techart quotes fours times the downforce at the rear axle of the stock Turbo at around 87 mph.

Techart has also added pumped fenders up front, which feature vents similar to the design used on the 991 911 GT3 RS. The extra-wide fenders have allowed Techart to fit wider wheels designed to fit 265/35 tires up front and 325/30 at the rear. They feature a center-lock design and are available in 20- and 21-inch diameters. The odd-looking wheel covers, known as aero discs, are there to improve aerodynamic properties and are made from carbon fiber.

The GT Street R also rides lower thanks to a new coil-over suspension setup that can drop the ride height by up to 25 millimeters. A more aggressive suspension setup for serious track enthusiasts is still being developed. It will be offered as part of a Clubsport Package that will also include a roll cage and seats with better bolstering. 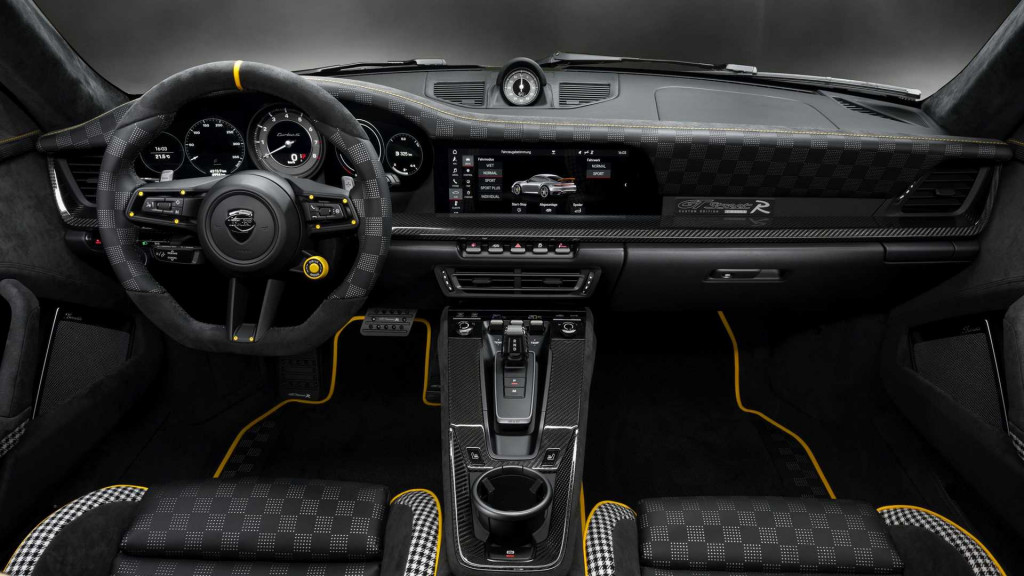 The interior is refined with a mix of Alcantara, carbon fiber, and leather, and can be further enhanced with some heritage-inspired materials. This extends to the custom steering wheel which can be ordered with a checkered flag design and accent colors of the customer's choosing.

Pricing for the GT Street R upgrade starts at 73,000 euros (approximately $87,100) and just 87 examples will be offered, the number marking the founding of Techart in 1987.

While the company tends to focus on performance tuning, it can also dial up the luxury of your Porsche. Case in point is the company's recent work on the Porsche Panamera Sport Turismo.