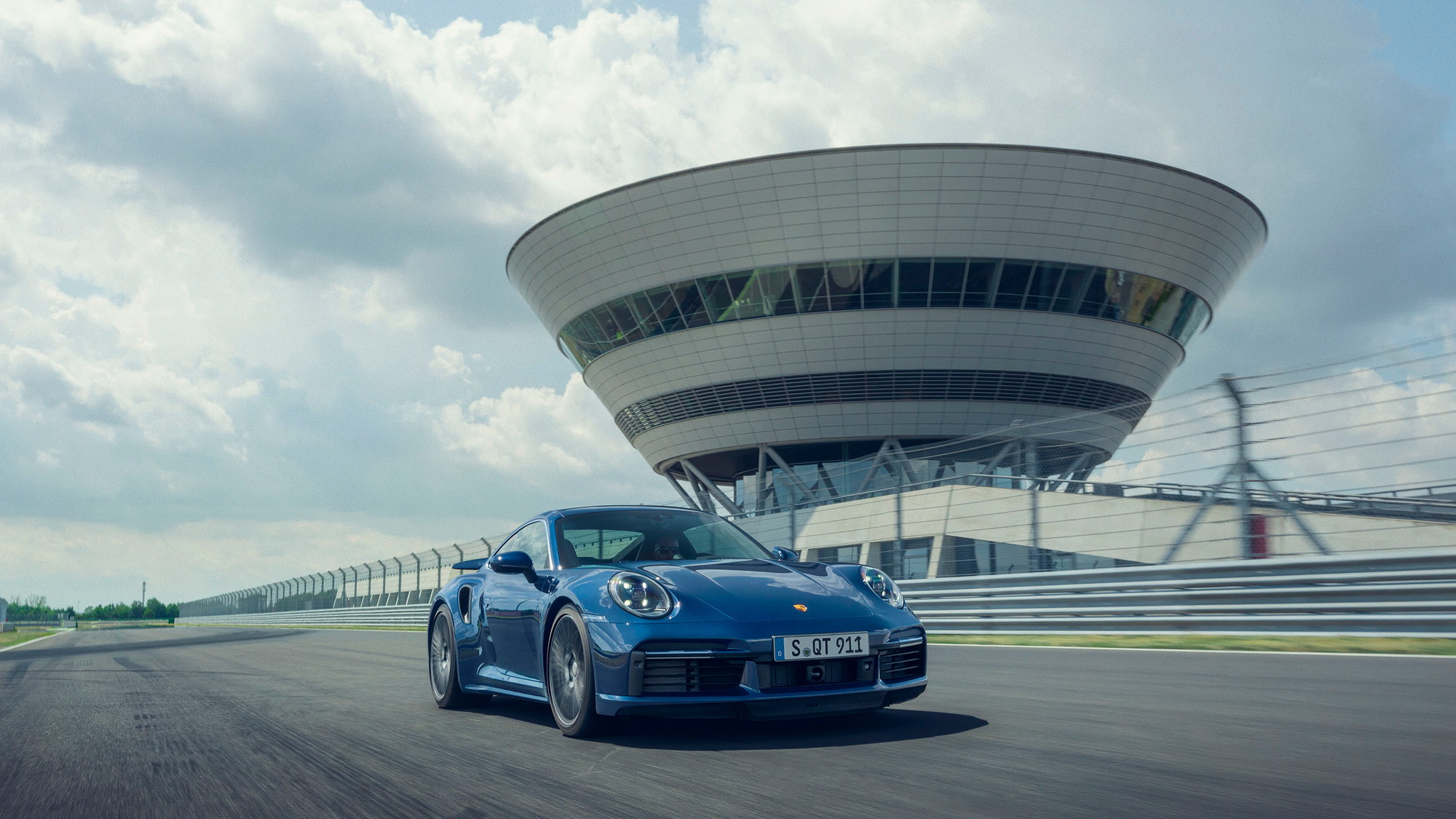 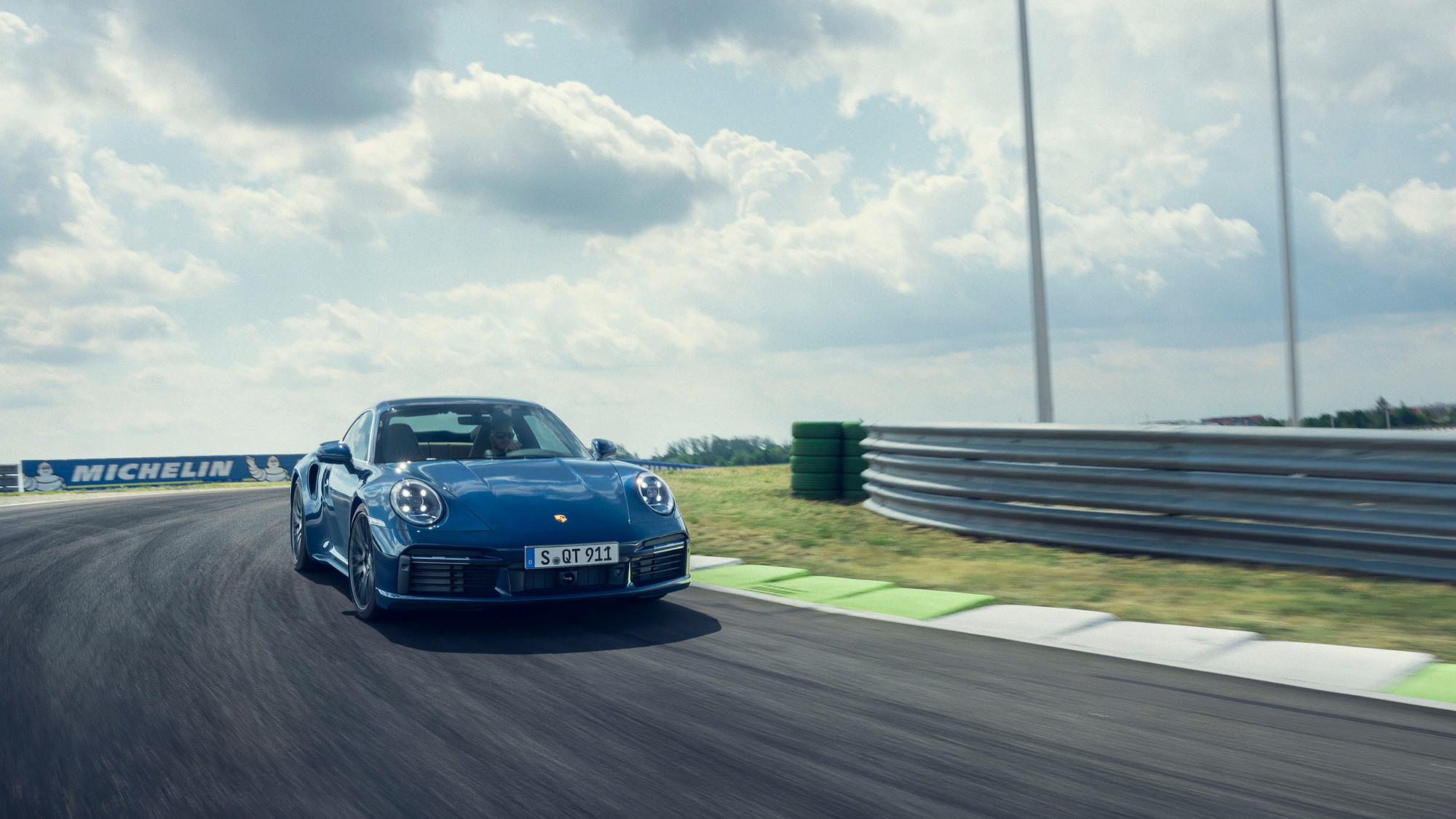 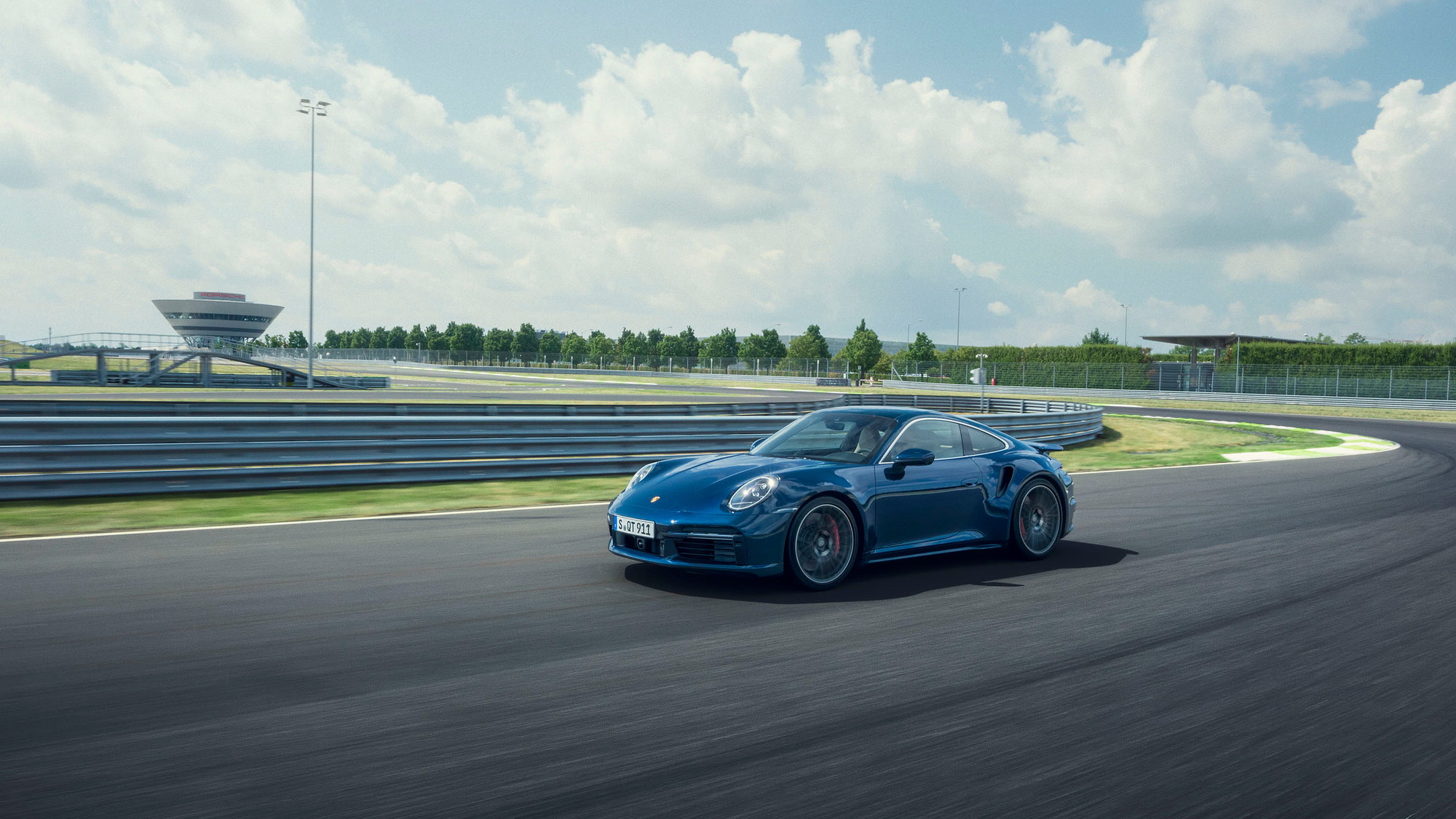 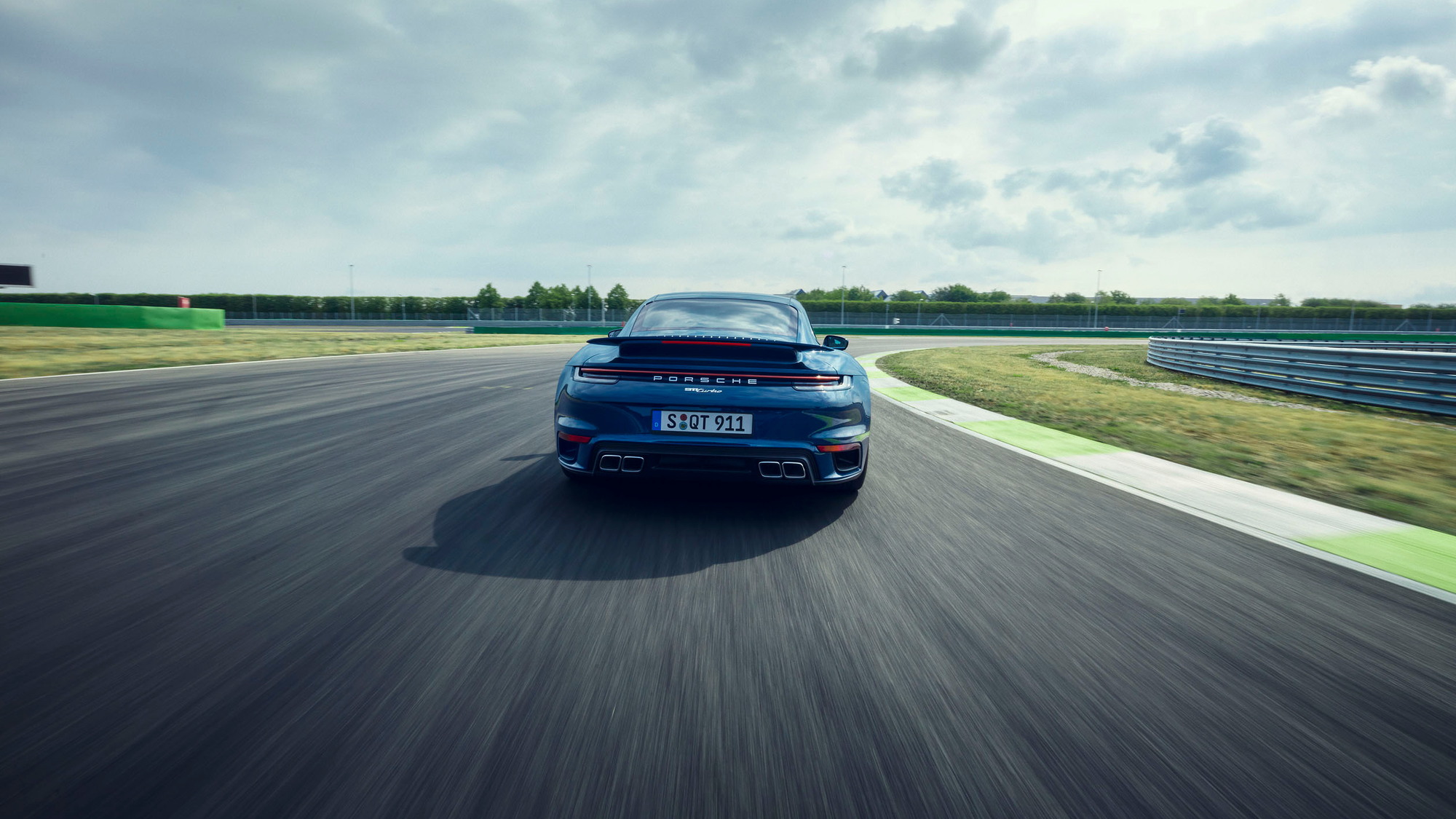 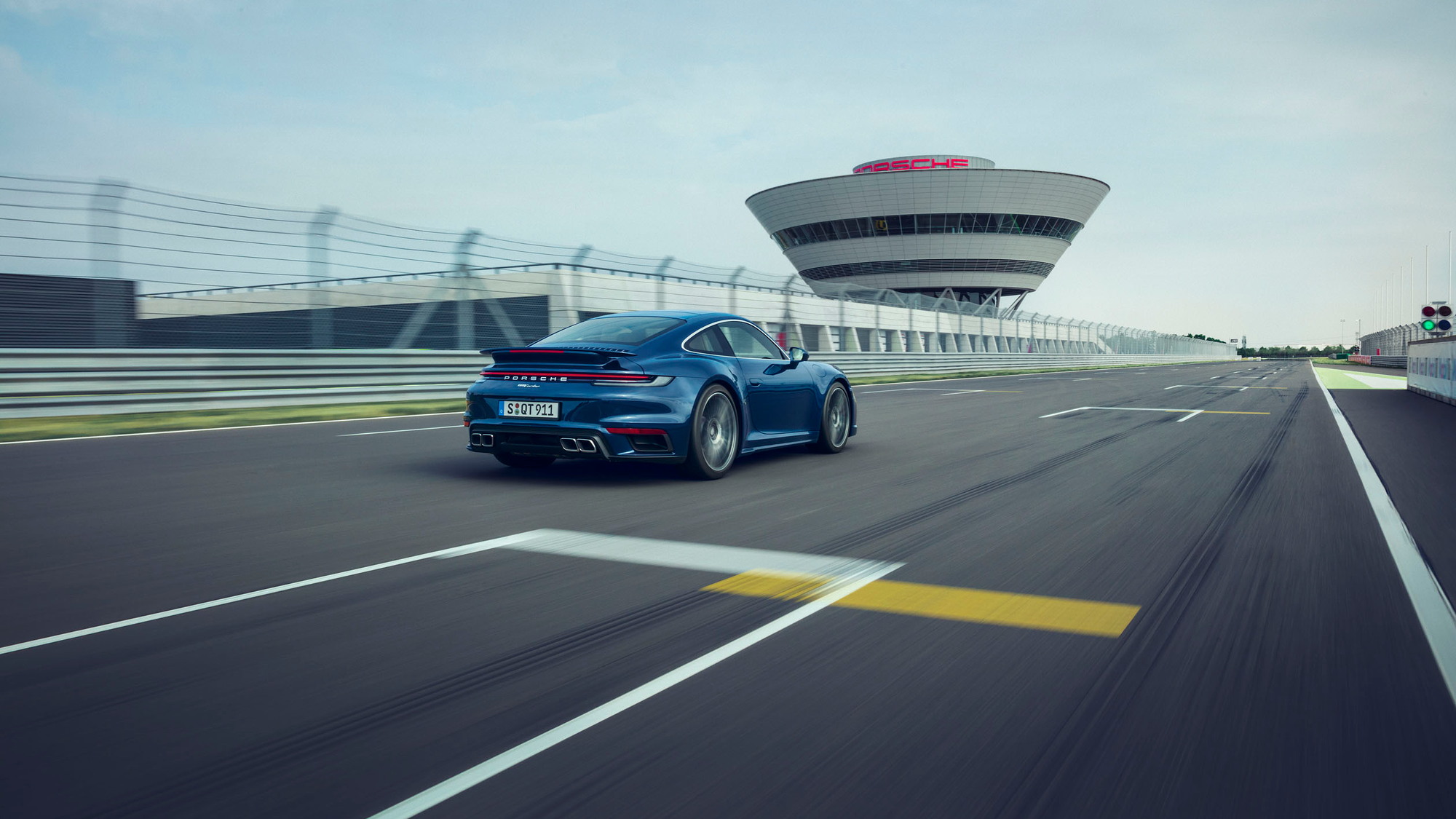 It may not be the widowmaker it once was but it can still throw a haymaker.

The 2021 Porsche 911 Turbo unveiled Wednesday packs as much power as the last-generation 911 Turbo S, with all the moves that made the 992-generation our Best Car To Buy 2020.

Owners won't likely want to leave their keys in any fishbowls, though. Porsche said the 2021 Turbo coupe will cost $172,150, including destination. Topless models will run at least $184,950.

The new 911 Turbo will hit 198 mph on a long enough runway in a straight line, but it's the Turbo's ability to take a corner that captivates us more. The 911 Turbo rides on front 255/35R20 front tires and 315/30R21 rear tires, all of which are 10 millimeters wider than the outgoing model's shoes. All-wheel drive is standard on the 911 Turbo, and so is all-wheel steering. The front rotors are Thanksgiving-sized 16-inch plates that are nearly 1.5 inches thick. The rear rotors aren't far behind: 15 inches in diameter and 1.2 inches thick. Carbon ceramic stoppers are an option with 10-piston front calipers.

Porsche's active suspension system is standard, but a new sport suspension that lowers ride height by four-tenths of an inch is optional. Active anti-roll bars are optional and likely, fantastic.

There are a few firsts for this 2021 911 Turbo, too. For the first time, the Turbo will be available with a sport exhaust system, which was borrowed from the Turbo S. Also, Porsche will offer a Sport package that adds exterior accents including carbon-fiber elements and clear taillights. A lightweight package deletes 66 pounds from the 911 Turbo's unspecified curb weight, mostly through a deleted rear seat. We have some qualms with the idea of a 911 Turbo leaving the factory that isn't as "sporty" and "lightweight" as it could be, but these are gripes on a Gauguin.

The rest is familiar by now: 10.9-inch touchscreen, and options like active lane control, a surround-view camera system, and a Burmester sound system.