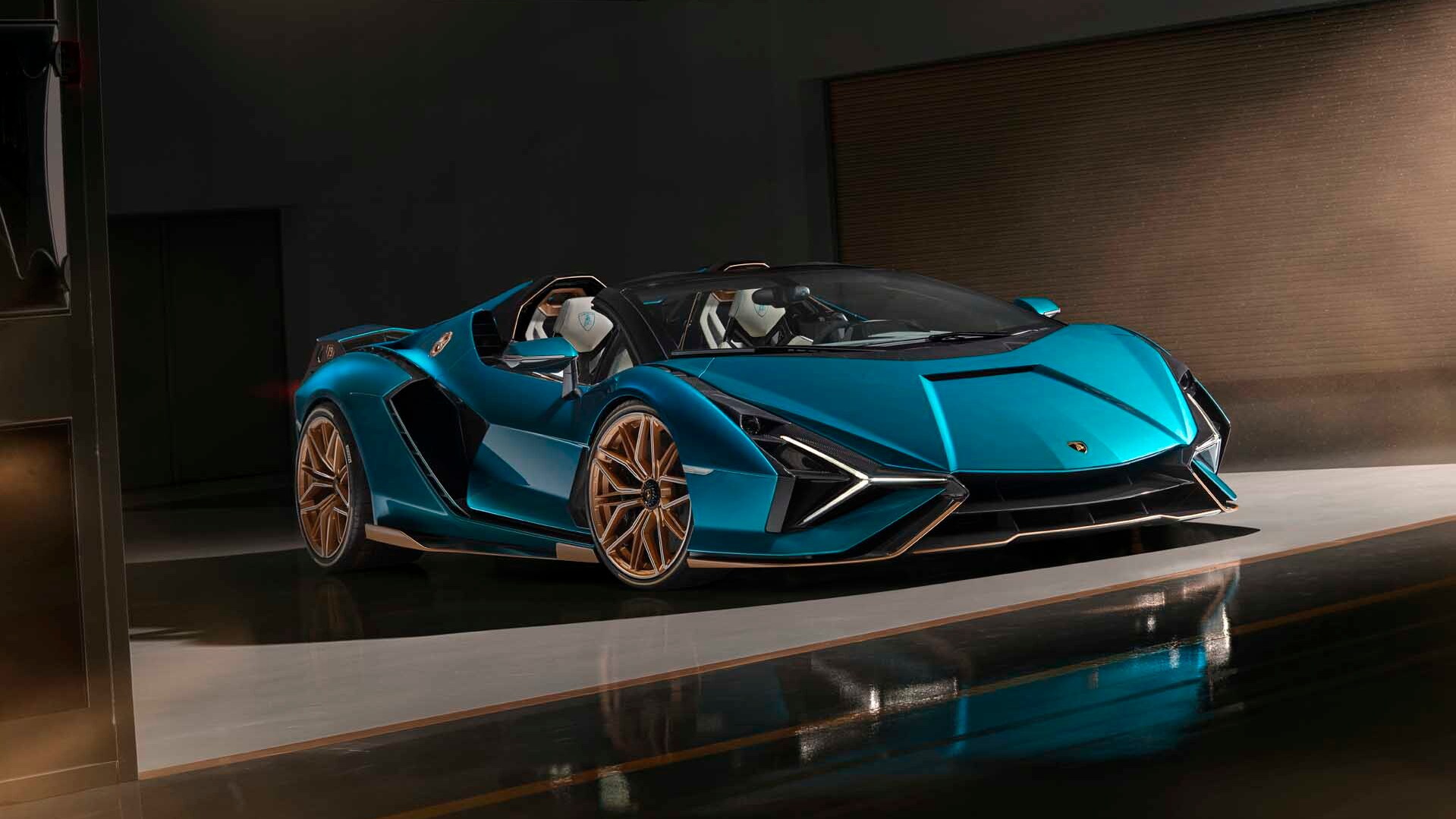 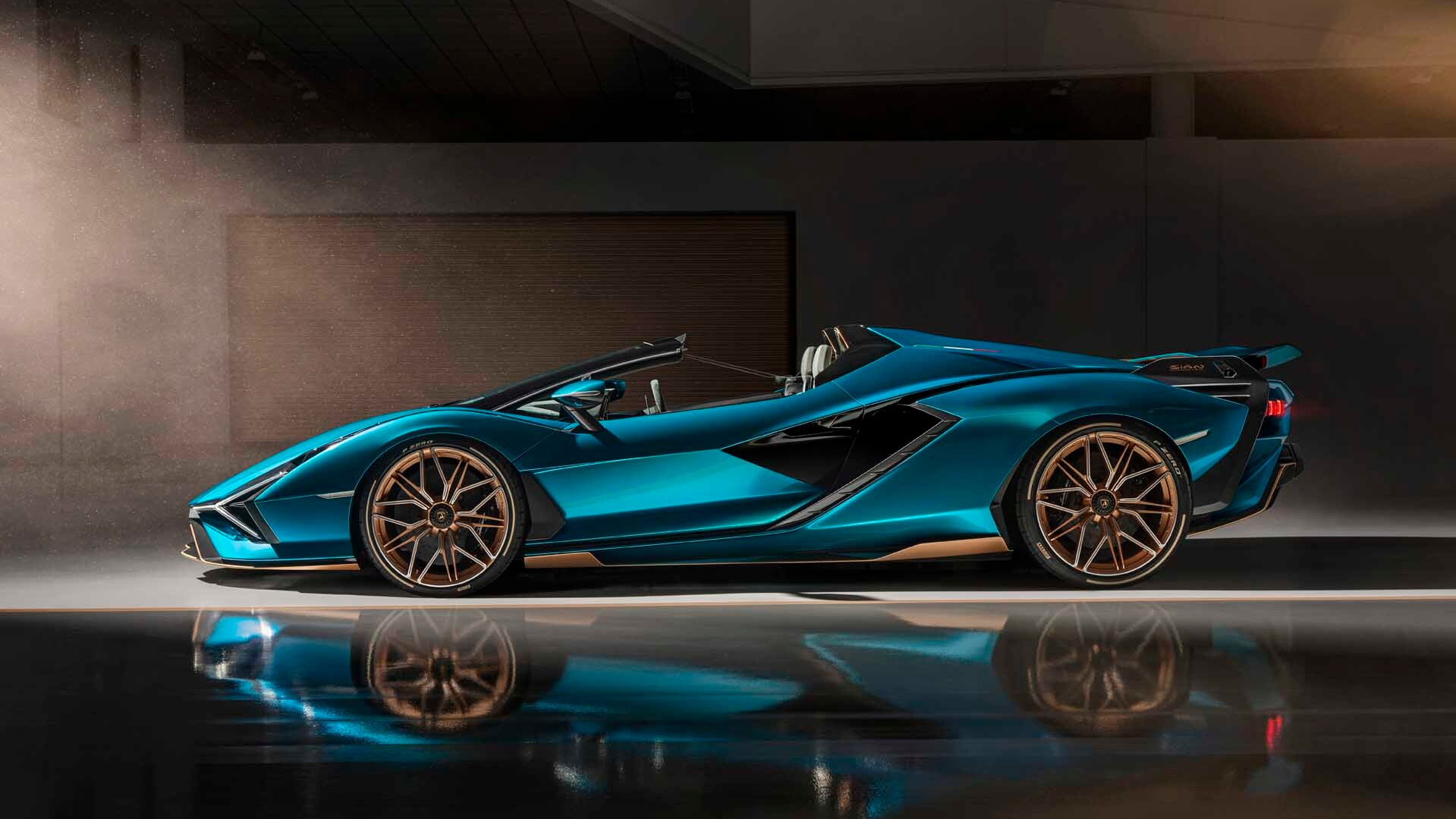 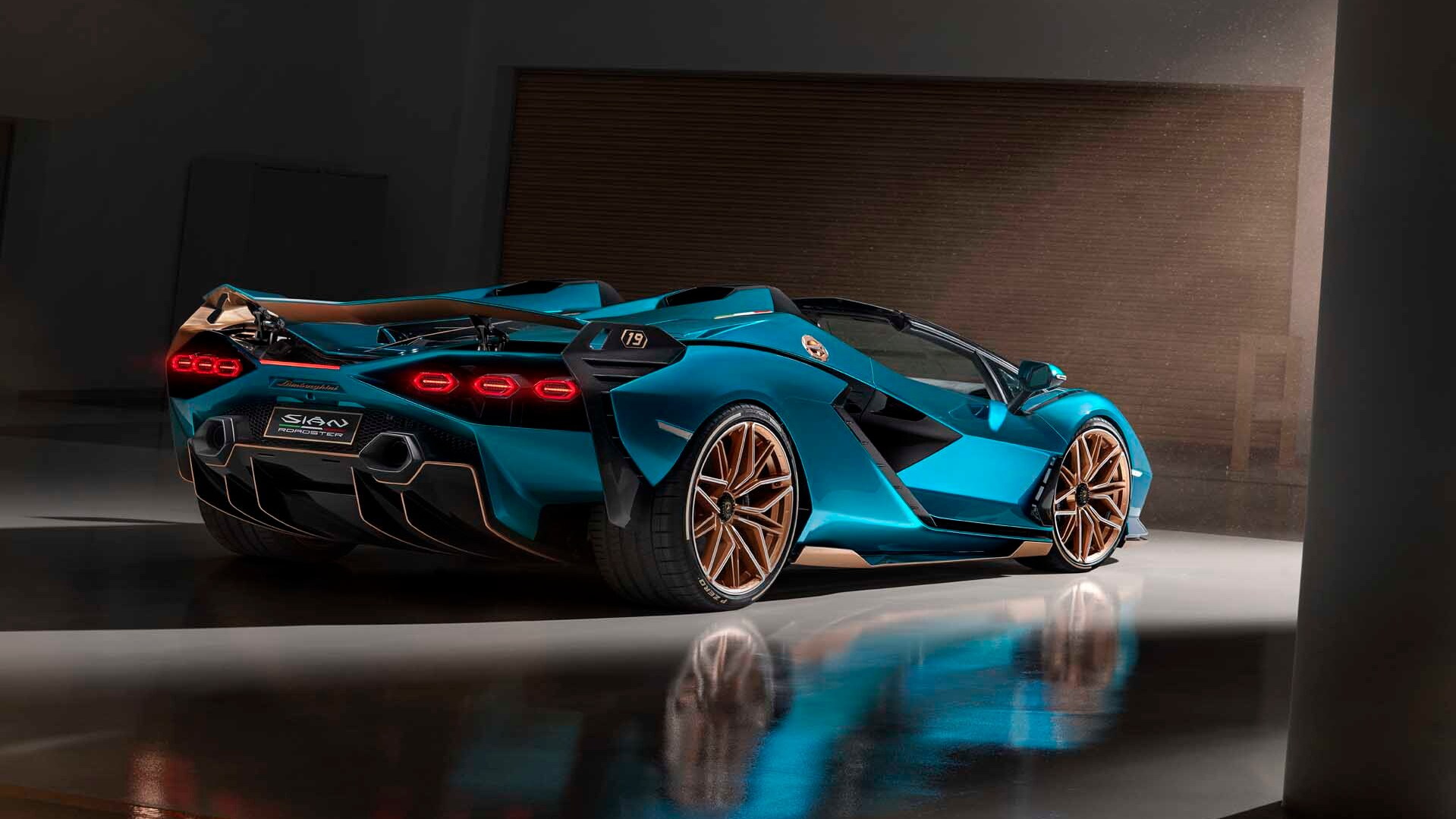 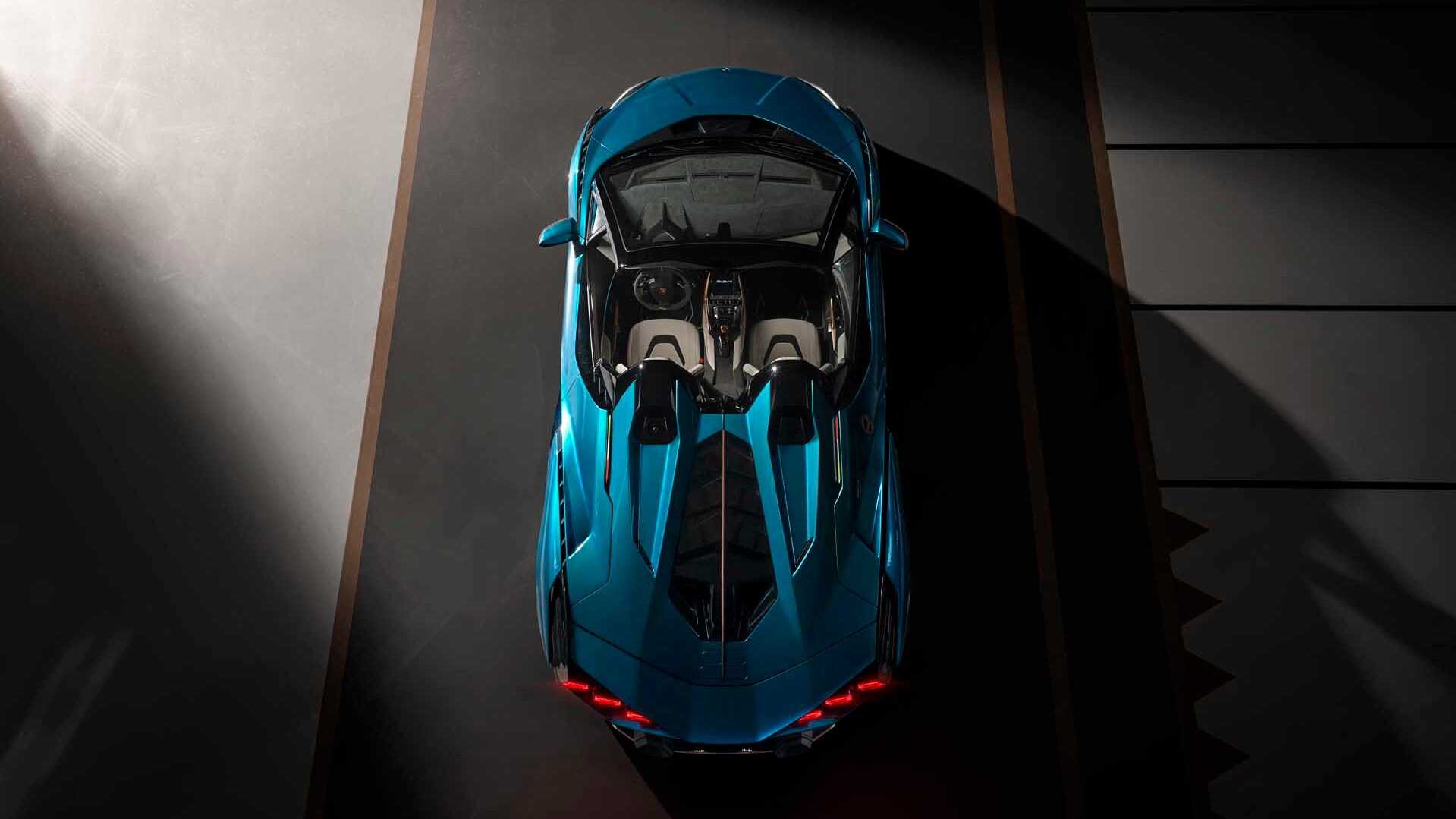 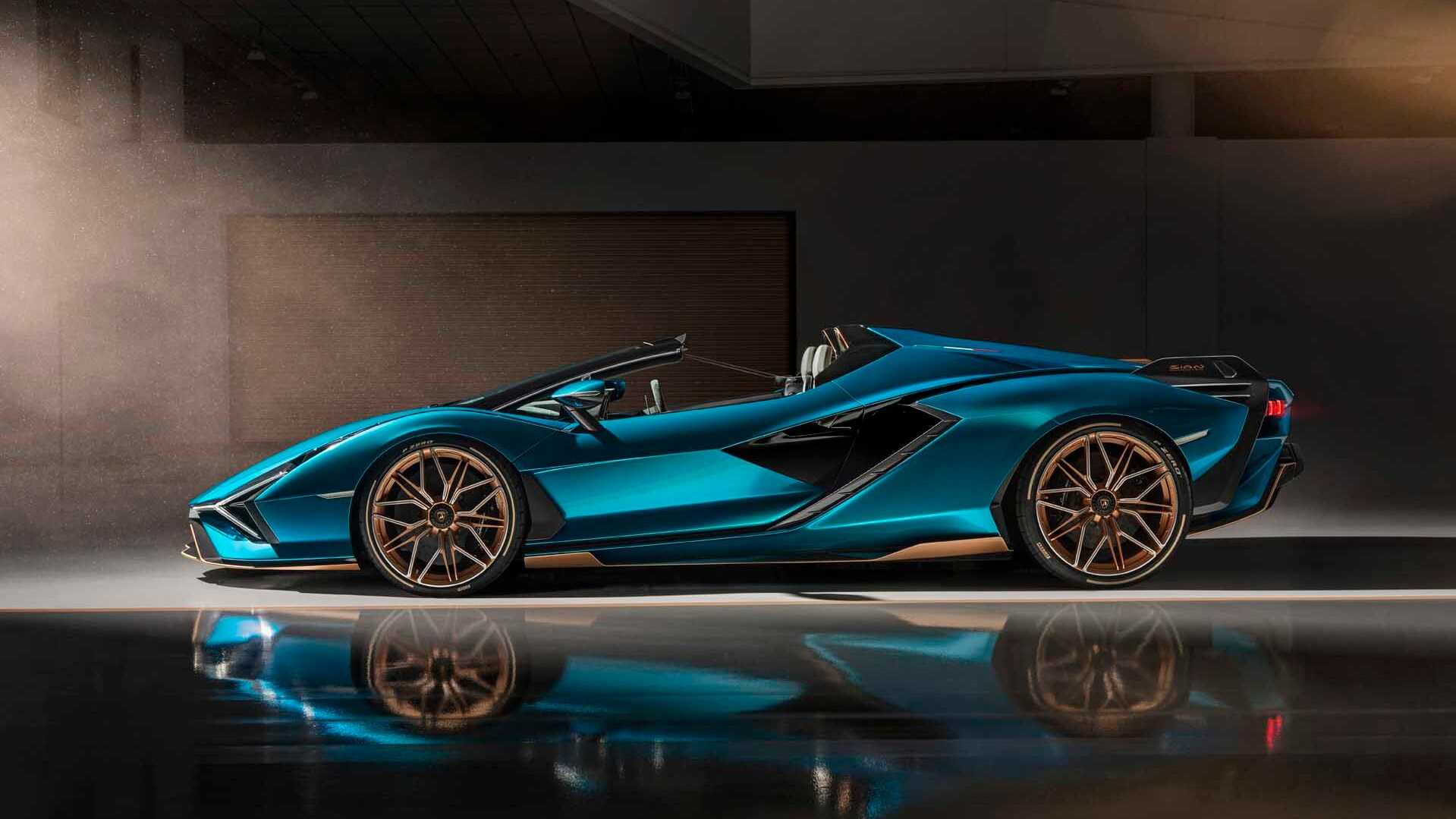 The Lamborghini Sián is the most-powerful car the Italian supercar maker ever produced, and the company's first hybrid. Now, the 807-horsepower coupe is getting an equally powerful roadster sibling.

Lamborghini announced the Sián FKP 37 last September and noted that only 63 would be built and all of them had already been spoken for. On Wednesday, Lamborghini showed the new Sián Roadster and announced that 19 more buyers will get to purchase a Sián, making the roadster even more exclusive than the coupe.

This is not a convertible. There is no top to convert. The roofless Sián Roadster's cockpit is always open to the elements, which will usually be a climate-controlled garage in a luxury home. Still, it might be nice to have a roof at the car's top speed of more than 217 mph.

Lamborghini says the roadster body won't be aerodynamically penalized compared to the coupe. Like the coupe, elements of the design were inspired by the Countach of the 1970s and '80s. In the aerial view, Lamborghini points specifically to the line that runs diagonally from the interior to the rear that culminates in the nacelles behind each seat.

The car Lamborghini revealed is painted Blu Uranus, which the company says captures the blue of the sky and the green of the fields. The wheels are finished in Oro Electrum (a gold color, not a Harry Potter spell), and the interior color scheme is white with Blue Glauco detailing. Lamborghini's Ad Personam department will customize each buyer's color scheme, and the company will use 3D printing to add the customer's initials to the air vents.

The Sián Roadster gets the same advanced powertrain as the coupe. It teams the brand's V-12, here making 774 horsepower, with a 48-volt e-motor that adds another 34 horsepower at 81 mph and slower. The motor is located in the 7-speed automatic transmission.

Instead of a lithium-ion battery, the motor is powered by a supercapacitor, which is lighter than a battery and three times more powerful by weight, according to Lamborghini. To help improve weight balance, the supercapacitor is located between the engine compartment and cockpit. The motor and supercapacitor add only 77 pounds to the car's mass, and the supercapacitor replenishes its juice after every braking event to keep the extra power on tap all the time. The Sian Roadster can also park and reverse on electron power alone, and the motors provide torque fill between gears.

Lamborghini quotes a 0-62 mph time of 2.9 seconds for the Sián Roadster, which is slightly slower than the promised sub 2.8-second time of the coupe. Lamborghini says "Sián" means "flash" or "lightning" in the Bolognese dialect of Italian, and both are good descriptions for the car's ability to accelerate.