Lamborghini has teamed up with the Italian Sea Group to launch a yacht inspired by supercars. Deliveries are scheduled to begin in 2021.

The new yacht is called Tecnomar for Lamborghini 63, in reference to the automaker's 1963 founding, and it borrows styling elements from a number Lamborghini cars. The Y-shaped bow lights reference the Terzo Millenio concept and Sian, while the instrument panel was designed to replicate the feel of a car's cockpit, Lamborghini said in a press release.

The yacht can also be customized through Lamborghini's Ad Personam program. The automaker said a variety of exterior color and livery options will be available, although only two options will be offered for the interior. 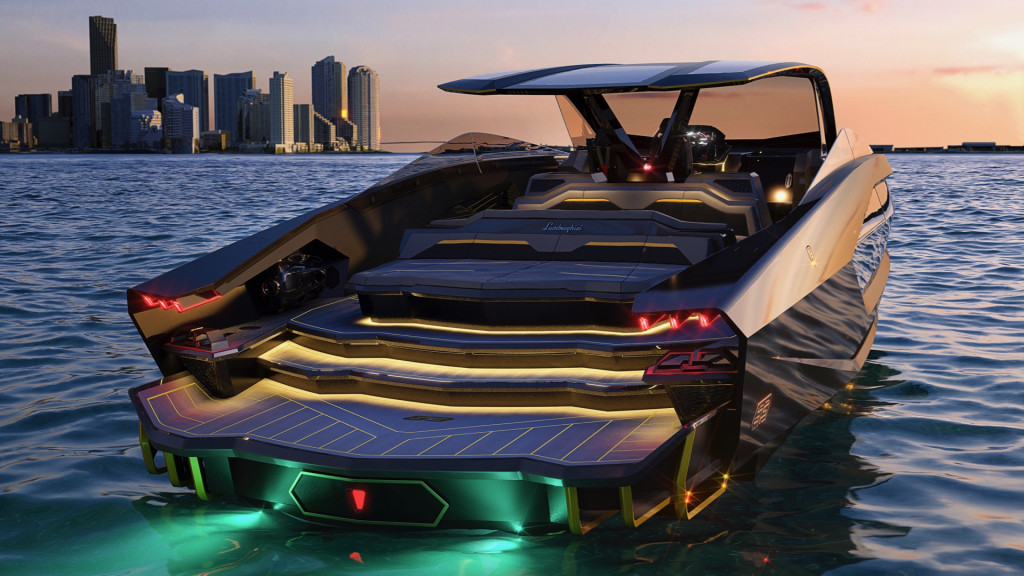 The yacht is powered by a pair of MAN V-12 engines, allowing for a top speed of 60 knots (69 mph). Thanks to carbon fiber construction, the 63-foot yacht weighs in at around 24 tons, which is fairly light for a boat of this size, according to Lamborghini.

Lamborghini isn't the first automaker to collaborate with a boat builder. Mercedes-AMG and Cigarette Racing have worked together since 2007 on a series of special-edition boats inspired by the German firm's performance cars. Lexus unveiled a branded yacht last year, and Aston Martin has even designed its own submarine.

Back on land, the next Lamborghini production car will be an extreme, track-only version of Aventador dubbed the SCV12. Boasting over 830 horsepower, it could possibly be the last V-12 Lamborghini without turbocharging or electrification. Lamborghini has already confirmed that the Aventador replacement, due around 2022, will be a plug-in hybrid.