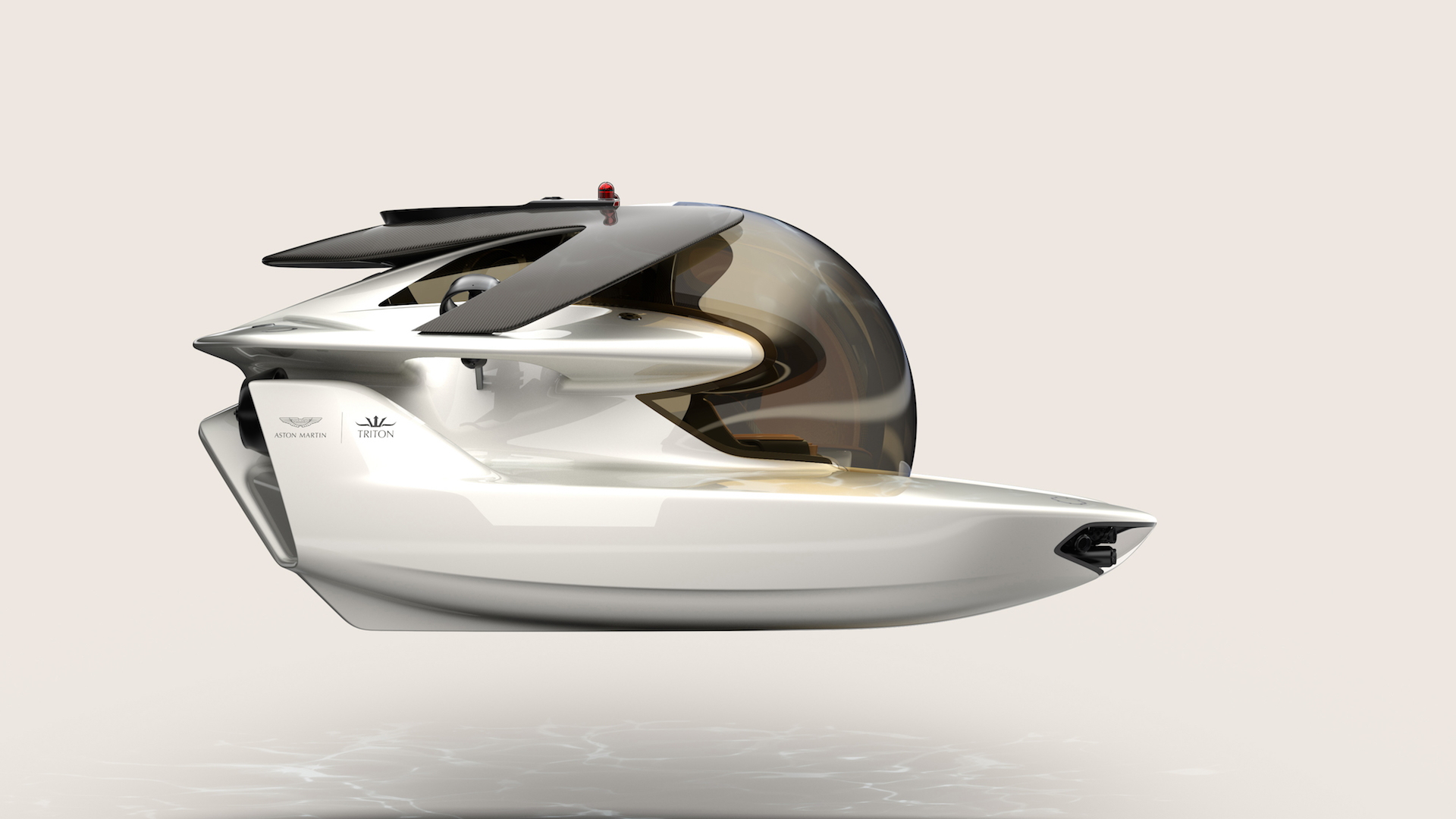 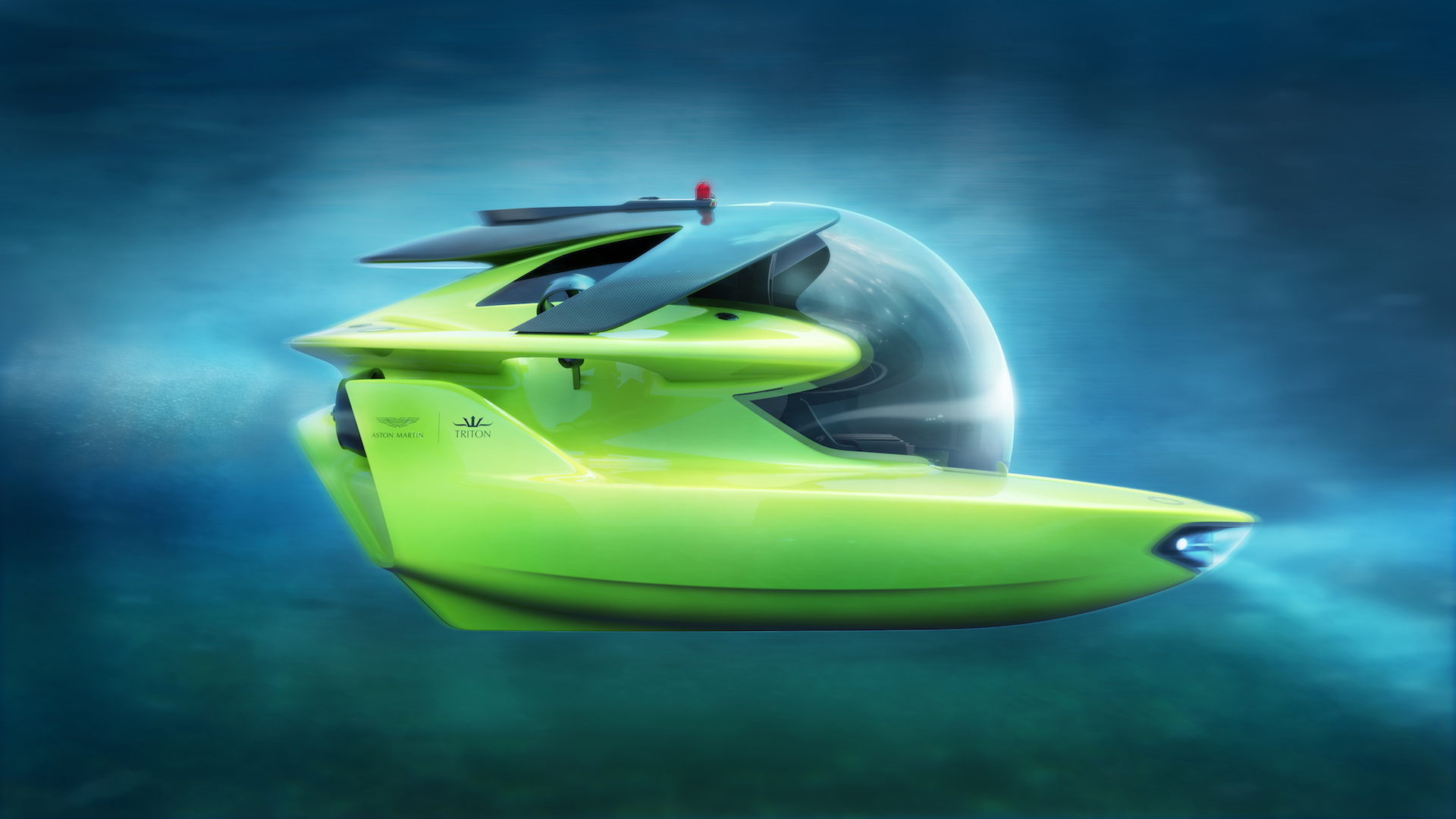 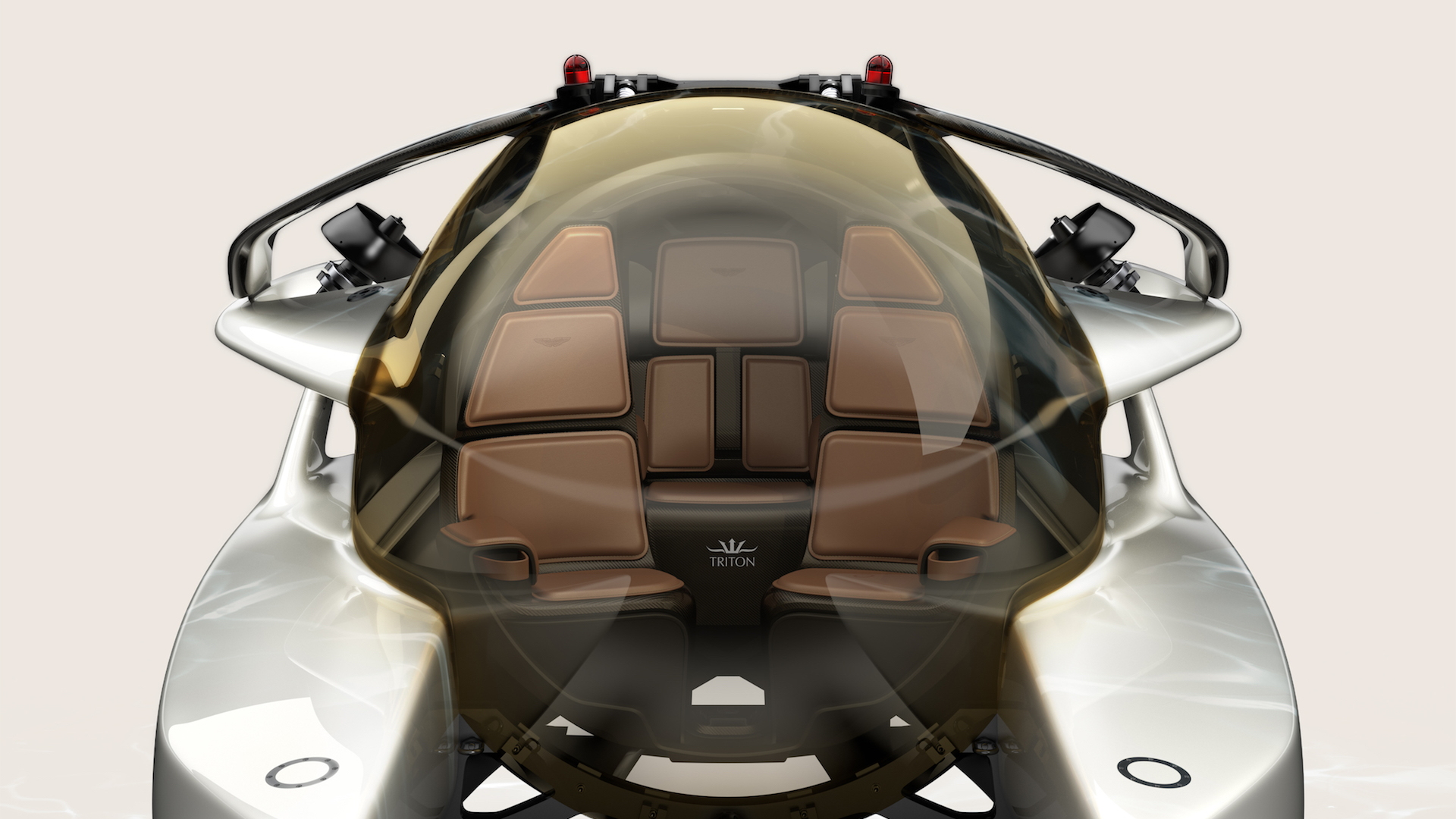 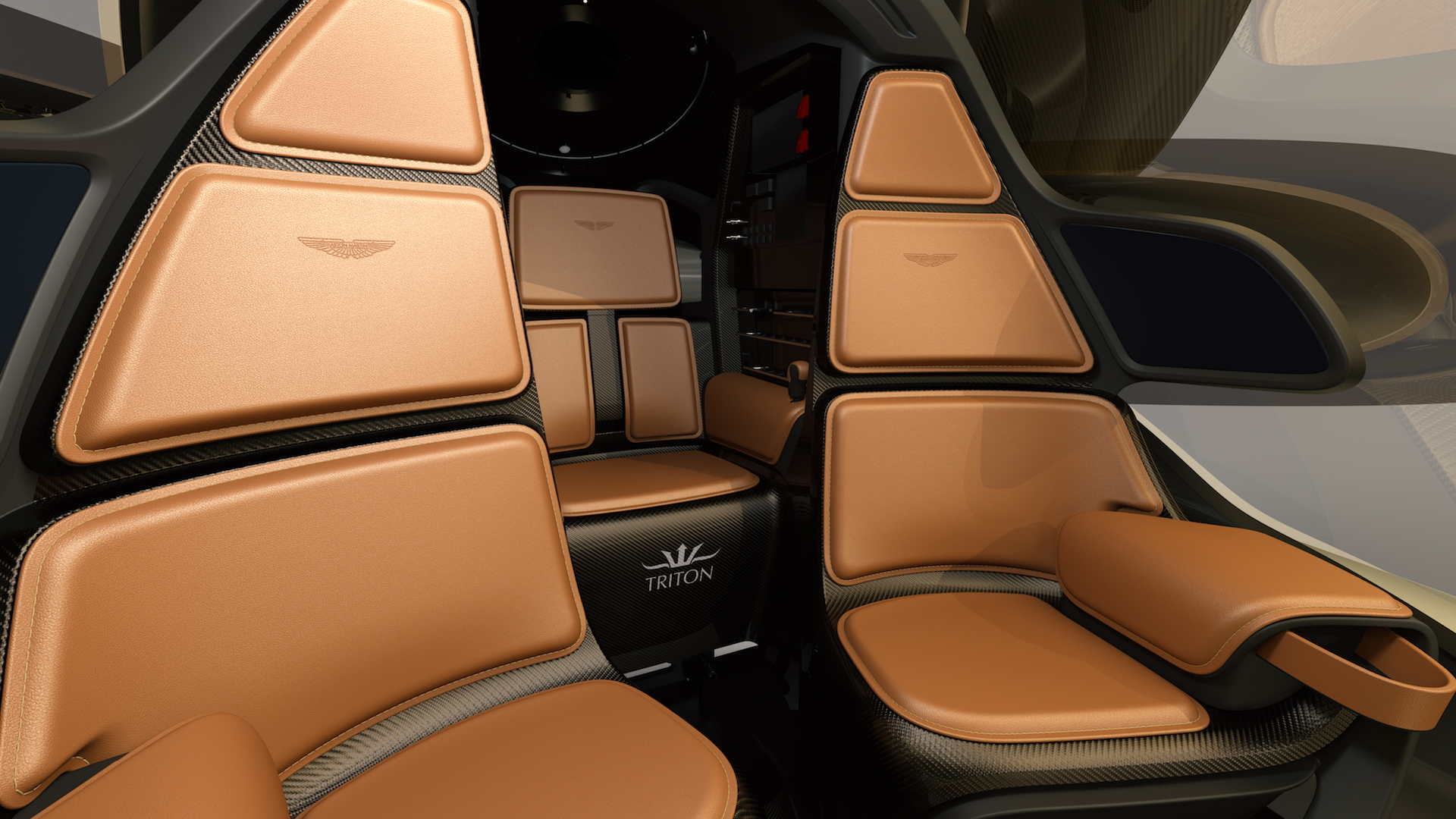 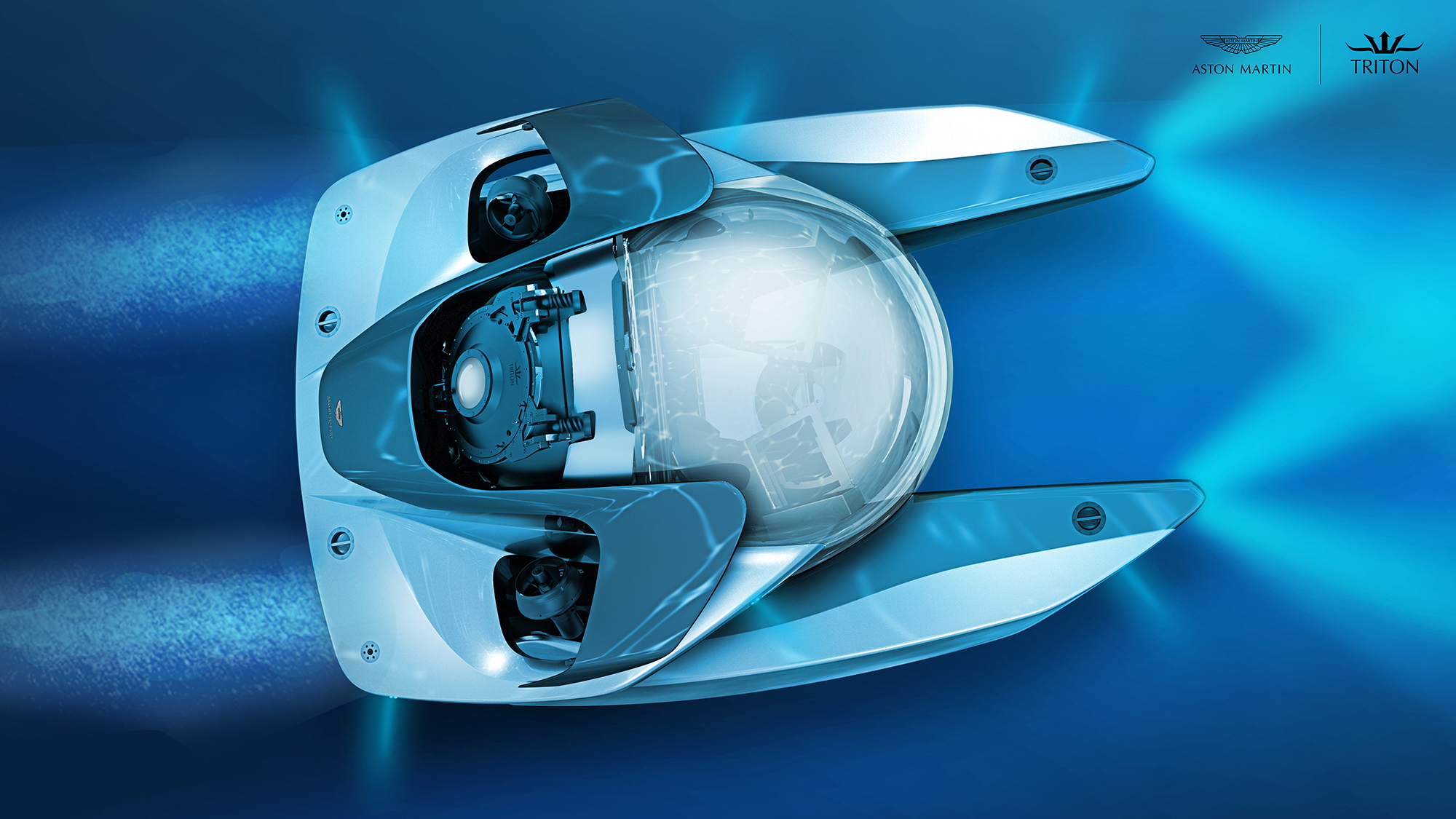 Aston Martin is taking its design and engineering to the open waters. The British luxury marque announced Wednesday it has completed the design for a submersible vehicle.

The submersible, called Project Neptune, will be built with Triton Submarines. The two companies have worked together since last year to design and engineer the submersible with Aston Martin's in-house design team ensuring the vehicle is worthy of the badge.

The exterior doesn't seem to recall any particular Aston Martin trait, though it does appear in-line with the automaker's design ethos. Triton has ensured the final design embody its core values, including 360-degree visibility for passengers and a pilot.

Speaking of passengers, Project Neptune will hold two plus a pilot. Designing the interior was a challenge, according to Marek Reichman, Aston Martin EVP and chief creative officer.

"Unlike a sports car where the interiors are installed into an open-sided cabin before the doors are fitted, everything you see inside will be lowered through the upper-hatch and assembled within the completed sphere of the pressure hull," he said in a statement.

In the end, designers were able to design a cohesive cabin that foregoes complexity in the name of luxury. Aston Martin's Q division will handle customization and personalization for buyers.

As for performance specifications, the vehicle will move faster than 5 knots, which is four times quicker than Triton's current flagship submarine. Aston Martin and Triton also have worked to improve the vehicle's hydrodynamic efficiency by shortening the frontal area.

As for cost? Well, Aston Martin and Triton aren't talking price. But chances are that if you have to ask...you know the rest.