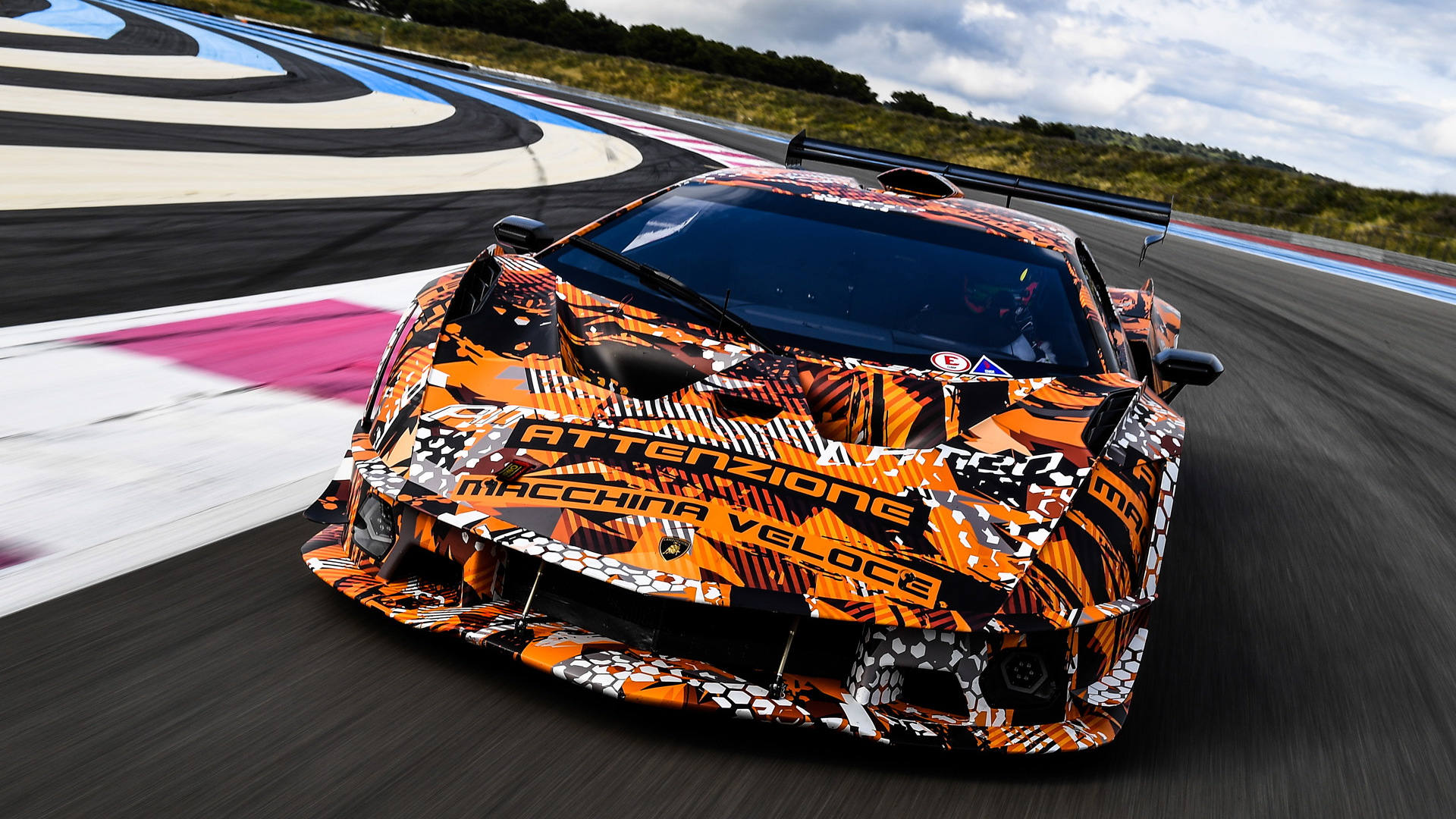 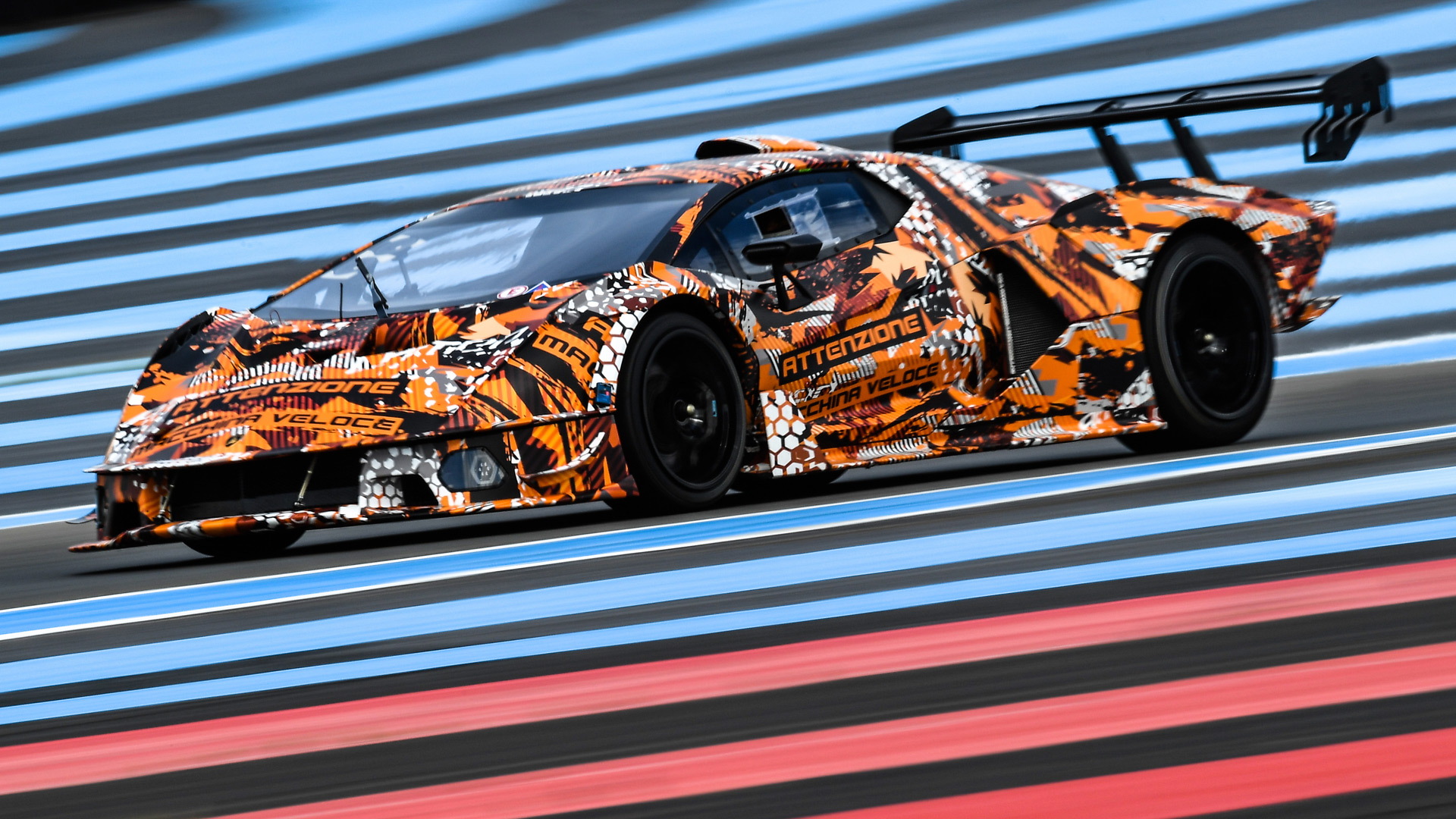 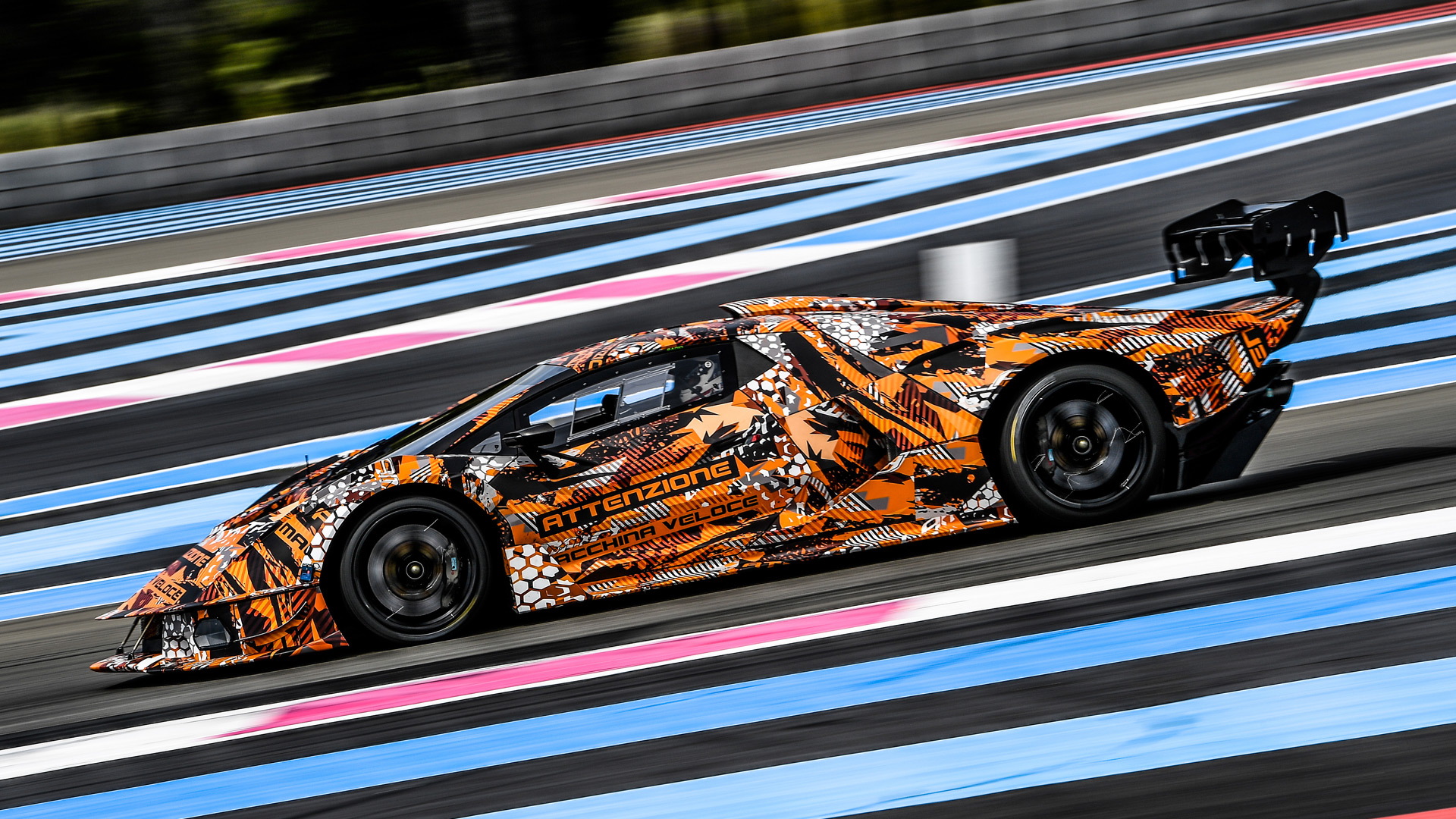 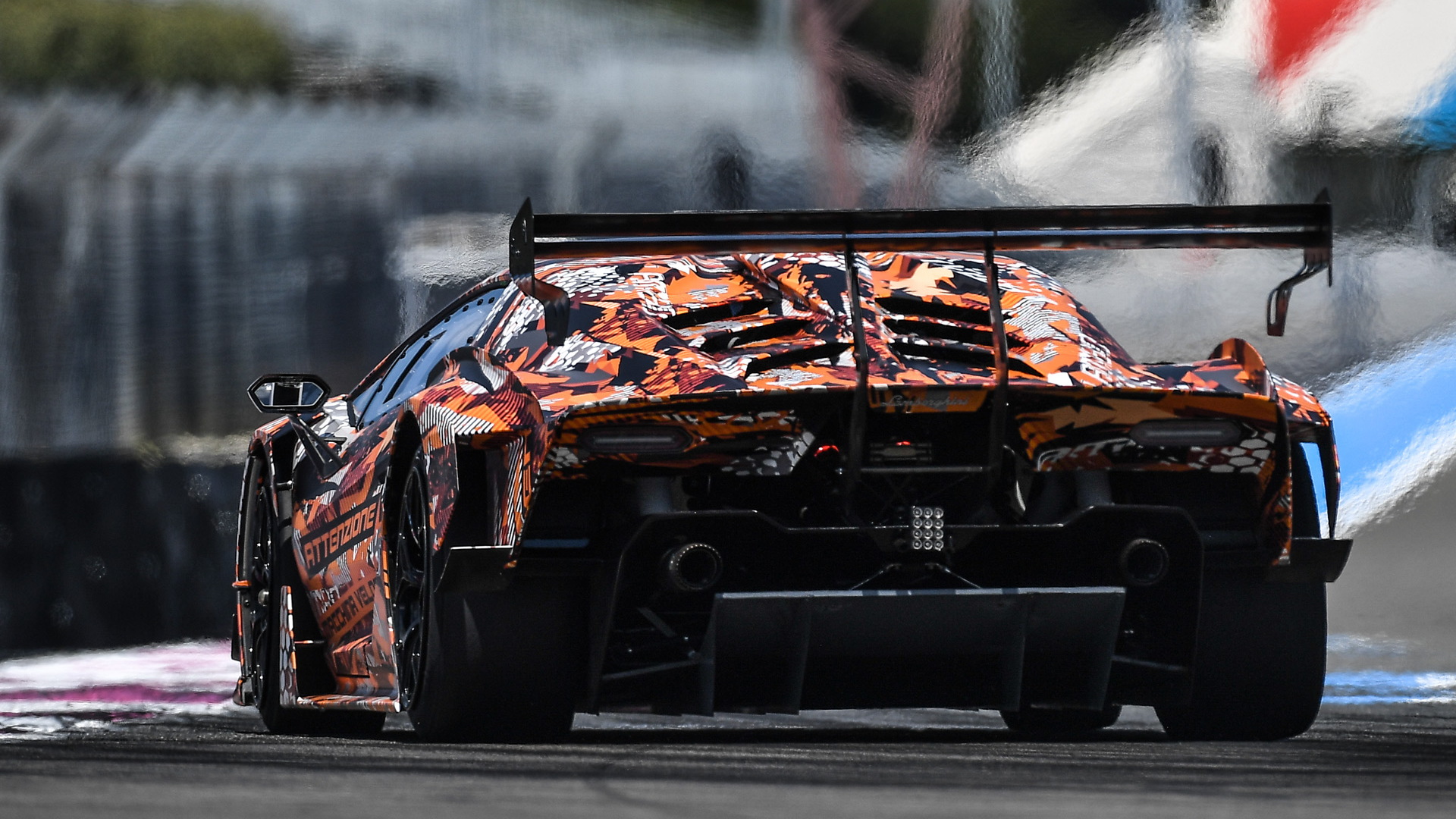 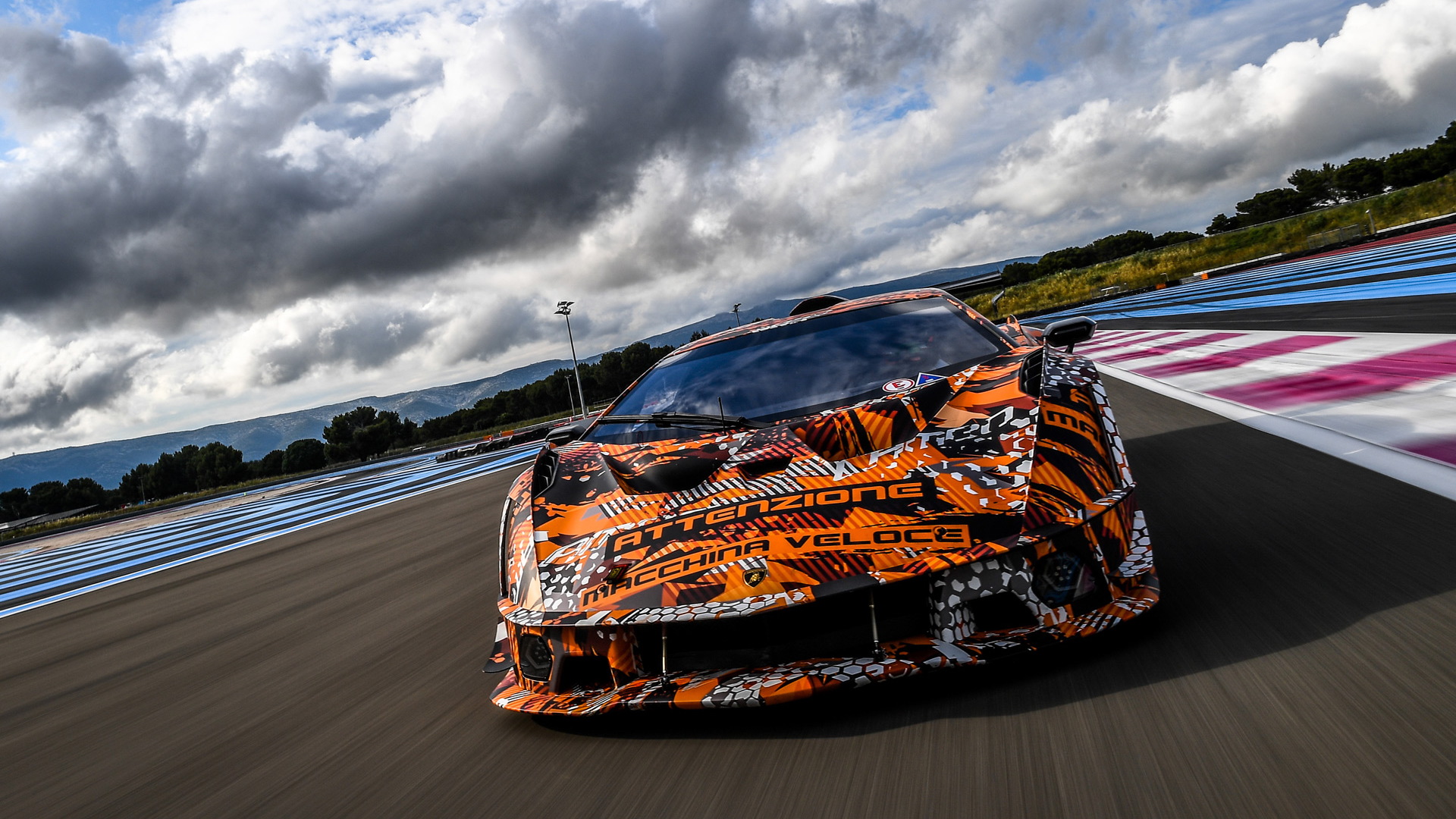 Lamborghini's Squadra Corse motorsport division is working on an extreme version of the Aventador that was announced on Tuesday to carry the SCV12 name.

The track-only supercar is due for a full reveal in the summer but photos and video released along with Tuesday's announcement already give us a pretty good taste of what's to come. The sound the car makes is intoxicating.

Modifications include a vented hood, an extended front splitter, side flics, and a large rear wing, all aimed at keeping the car glued to the track. Lamborghini said the car develops more downforce than a GT3 racer.

Power comes from a tuned version of the Aventador's 6.5-liter V-12. At high speeds, a roof-mounted ram-air intake delivers pressurized air to help boost output to over 830 horsepower.

It's possible the SCV12 will be the last V-12 Lamborghini without electrification or turbocharging used to boost power. Lamborghini has already confirmed that its Aventador replacement, due around 2022, will be a plug-in hybrid.

The Aventador's carbon fiber passenger cell remains, but an additional steel roll cage housing the engine has been added to improve rigidity. Drive is also to the rear wheels only now, with shifting duties handled by a 6-speed sequential transmission from Xtrac. A mechanical self-locking type differential has also been added to drivetrain. The driver is able to adjust the differential to suit specific surface conditions at various race tracks, Lamborghini said.

The wheels are a magnesium set measuring 19 inches up front and 20 inches at the rear, and Pirelli has developed a bespoke set of slick tires for them.

Lamborghini hasn't said how many SCV12s will be built, though the automaker has revealed that part of the ownership experience will include track days organized by the Squadra Corse division at top racetracks around the globe.