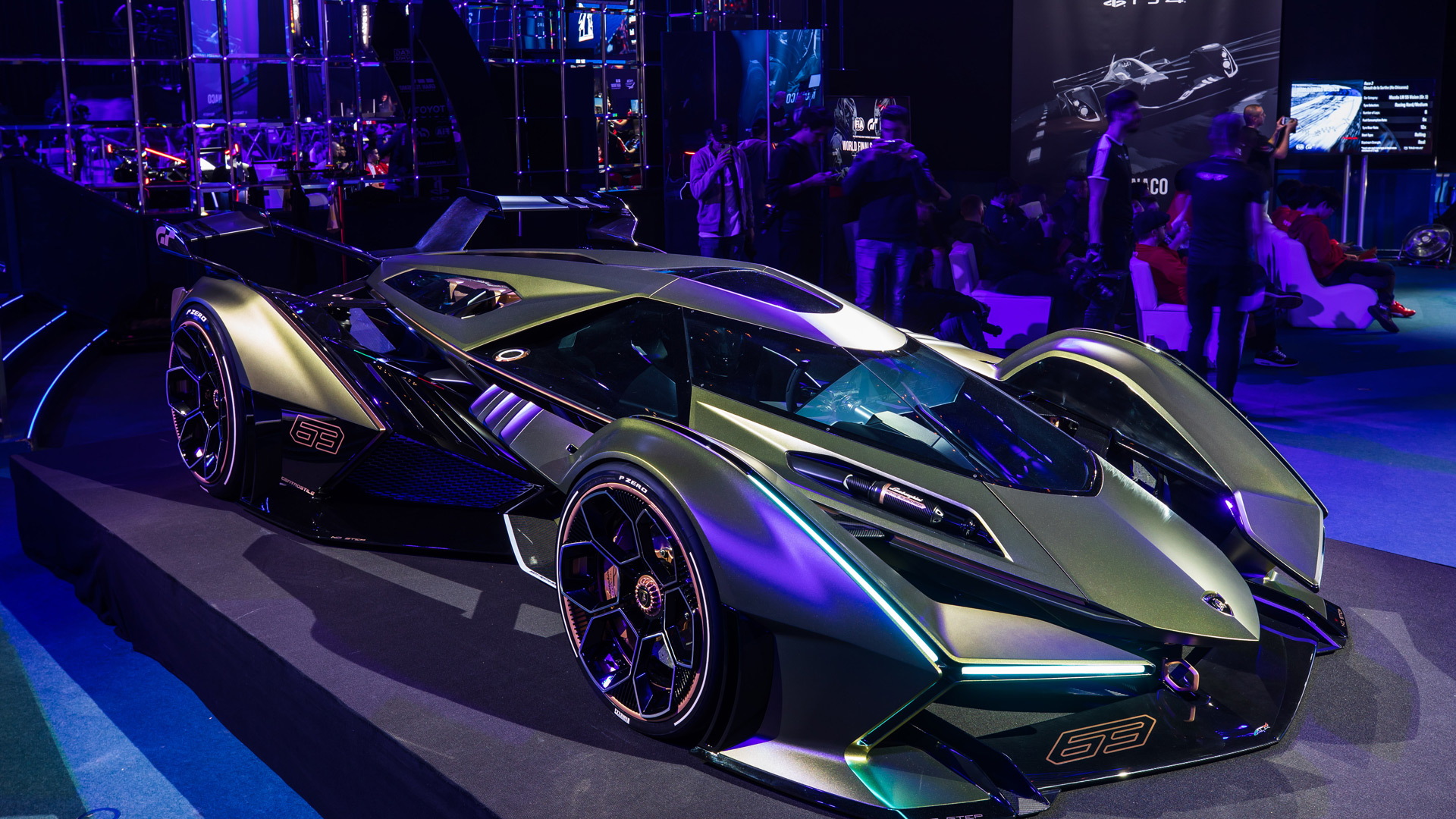 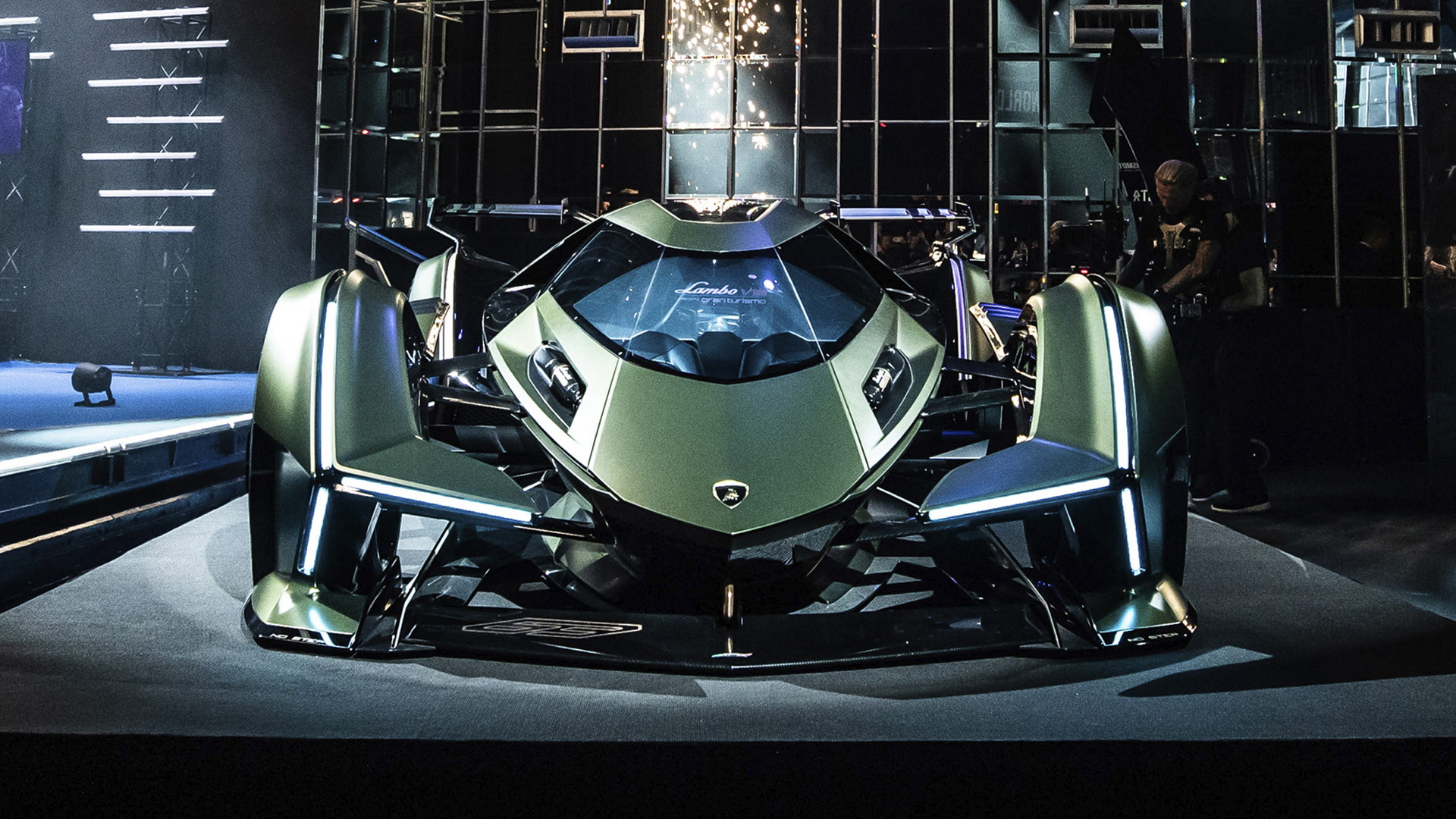 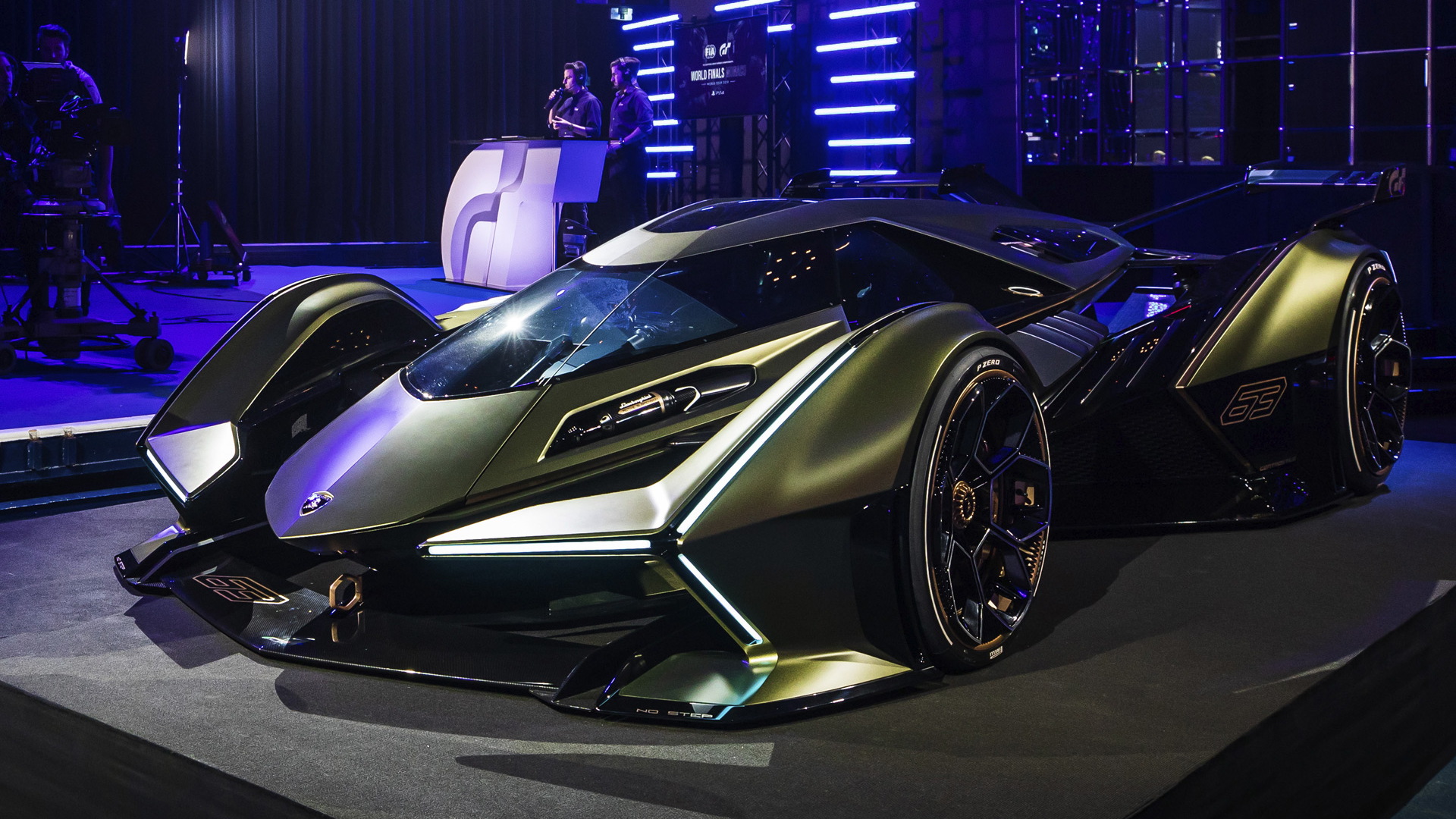 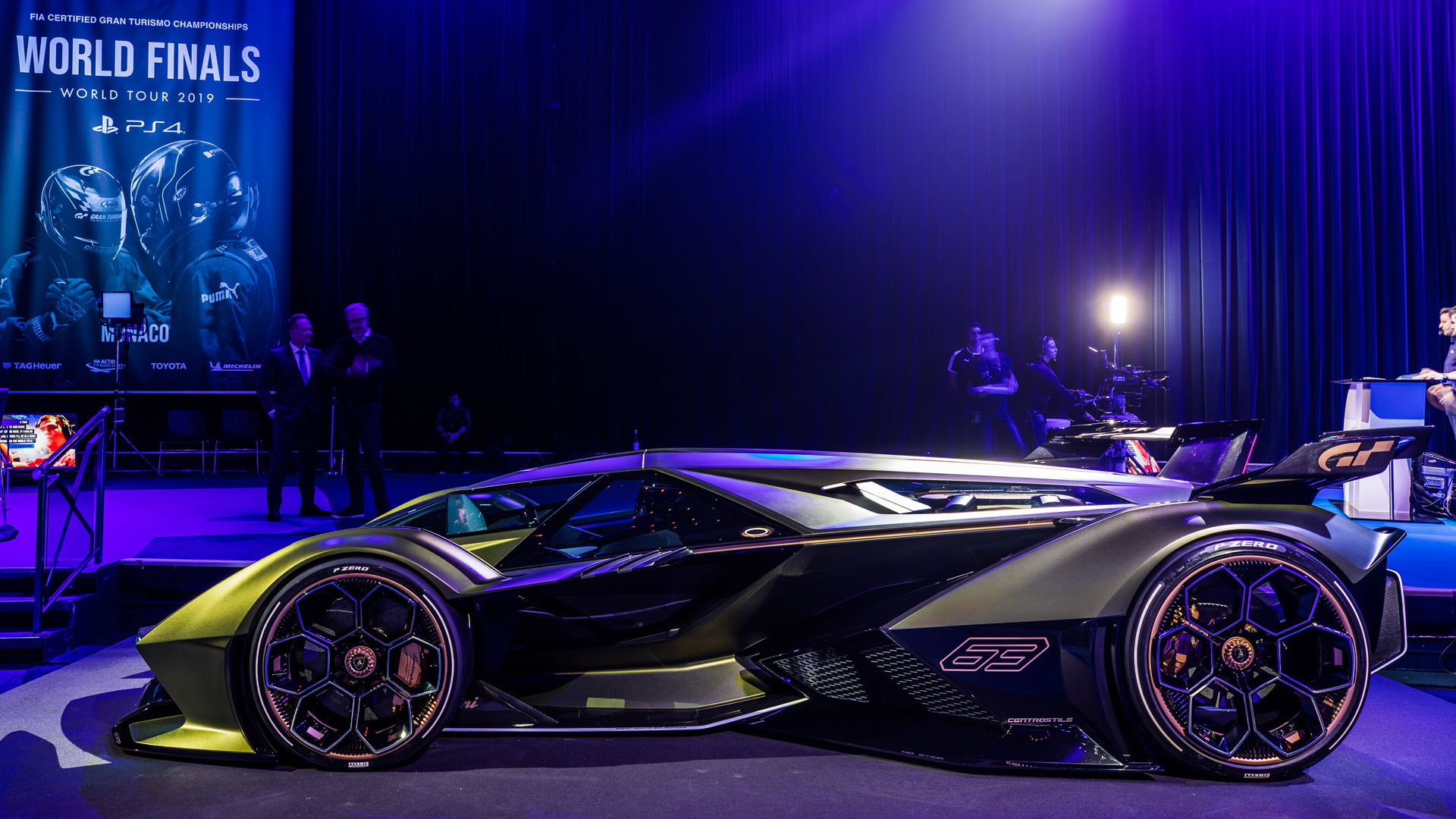 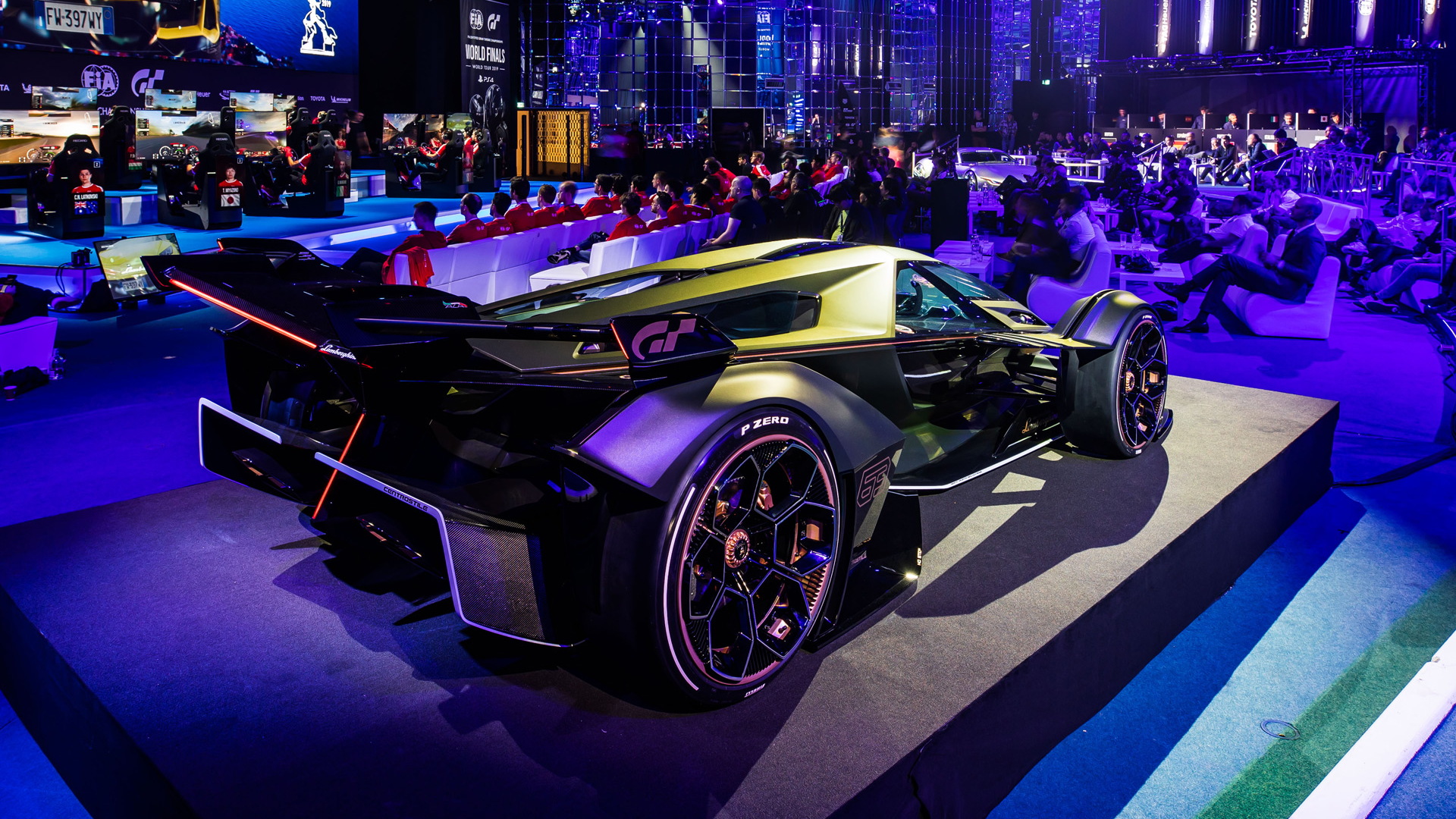 It's hard to imagine that it's been six years since the first in the series of Vision Gran Turismo concepts was unveiled. It was the Mercedes-AMG Vision Gran Turismo at the 2013 Los Angeles Auto Show, which previewed the design of the AMG GT that would debut a year later. Lamborghini is the latest to announce one of the concepts, revealing the striking design on Sunday during the World Final round of the FIA GT Championships taking place in Monaco.

The car is called the Lambo V12 Vision Gran Turismo, and it's a dramatic single-seater along the lines of 2013's Lamborghini Egoista concept. While the Egoista was based on Lamborghini's V-10 platform, the new Lambo V12 Vision GT is naturally based on the automaker's V-12 platform. The powertrain is the same 807-horsepower setup found in the recently revealed Sian supercar, where a naturally aspirated V-12 is mated to an electric motor powered by a supercapacitor.

The design of the concept also borrows from the Sian, particularly the Y-signature for both front and rear lights. The side windows, meanwhile, take inspiration from the Lamborghini Marzal of 1968. Speaking of the windows, they form a jet fighter-style canopy that's hinged at the rear, allowing the driver to enter the cabin from the front.

The mystery model isn't to be mistaken for the track-only Aventador that Lamborghini's Squadra Corse motorsport division is cooking up. The hardcore Aventador is set for reveal in 2020 and is expected to be the last in the line of V-12 Lamborghinis without any powertrain aids, such as electrification or turbocharging.

There isn't much chance we'll see the Lambo V12 Vision GT in production, though you'll be able to drive one in the virtual world in “Gran Turismo Sport” on Sony's PlayStation 4 from spring 2020. But could we see influences of the design in future production models from the brand? Quite possibly. Lamborghini said the concept expands the potential of the brand's design DNA in a very futuristic way.

Vision Gran Turismo is a challenge put forward to car design teams around the world by Kazunori Yamauchi, the creator of the popular racing sim, to come up with the ultimate grand tourer. Most of the concepts have been too wild for production, but some have influenced the designs of cars either on the road already or coming up soon.