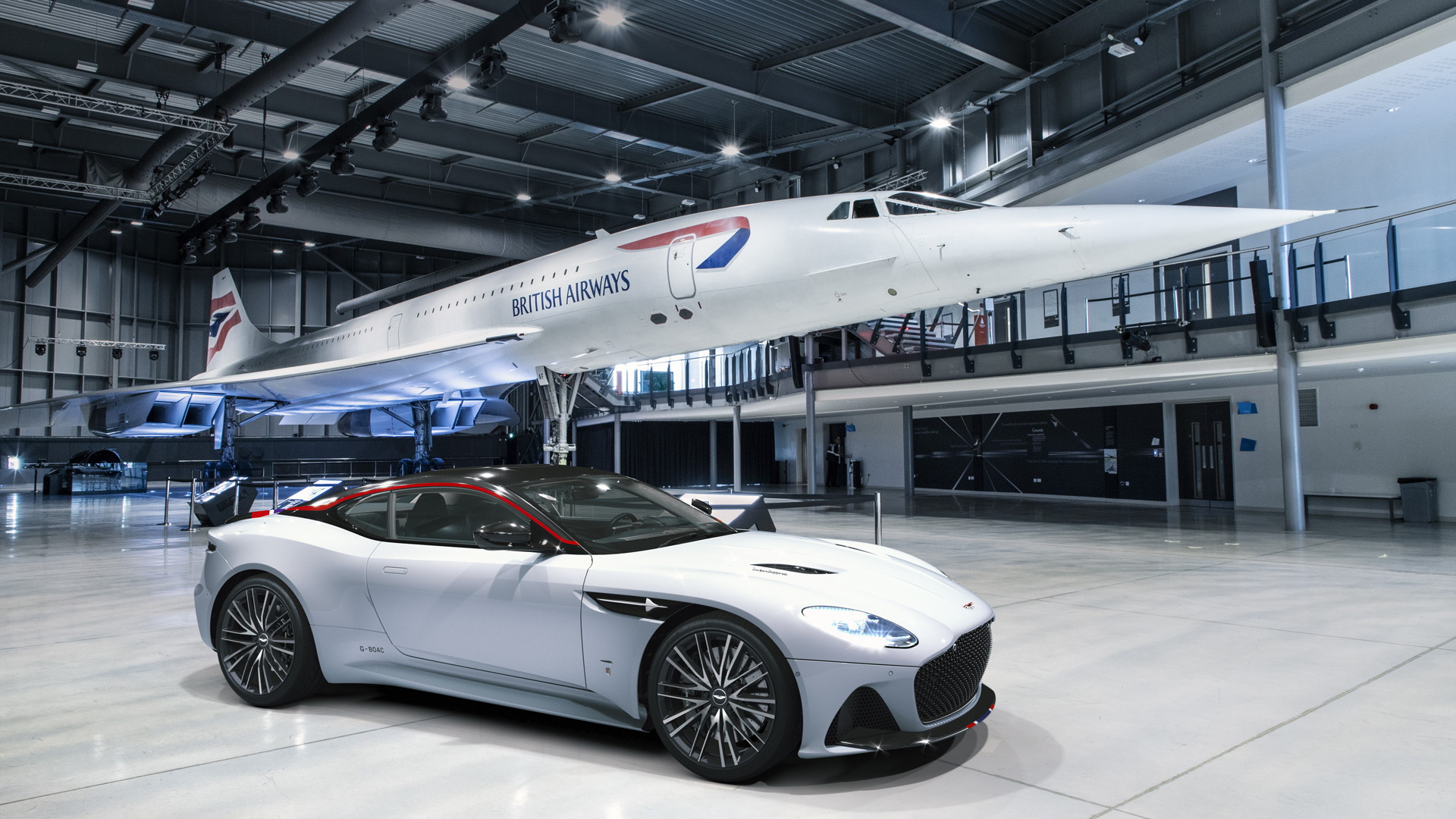 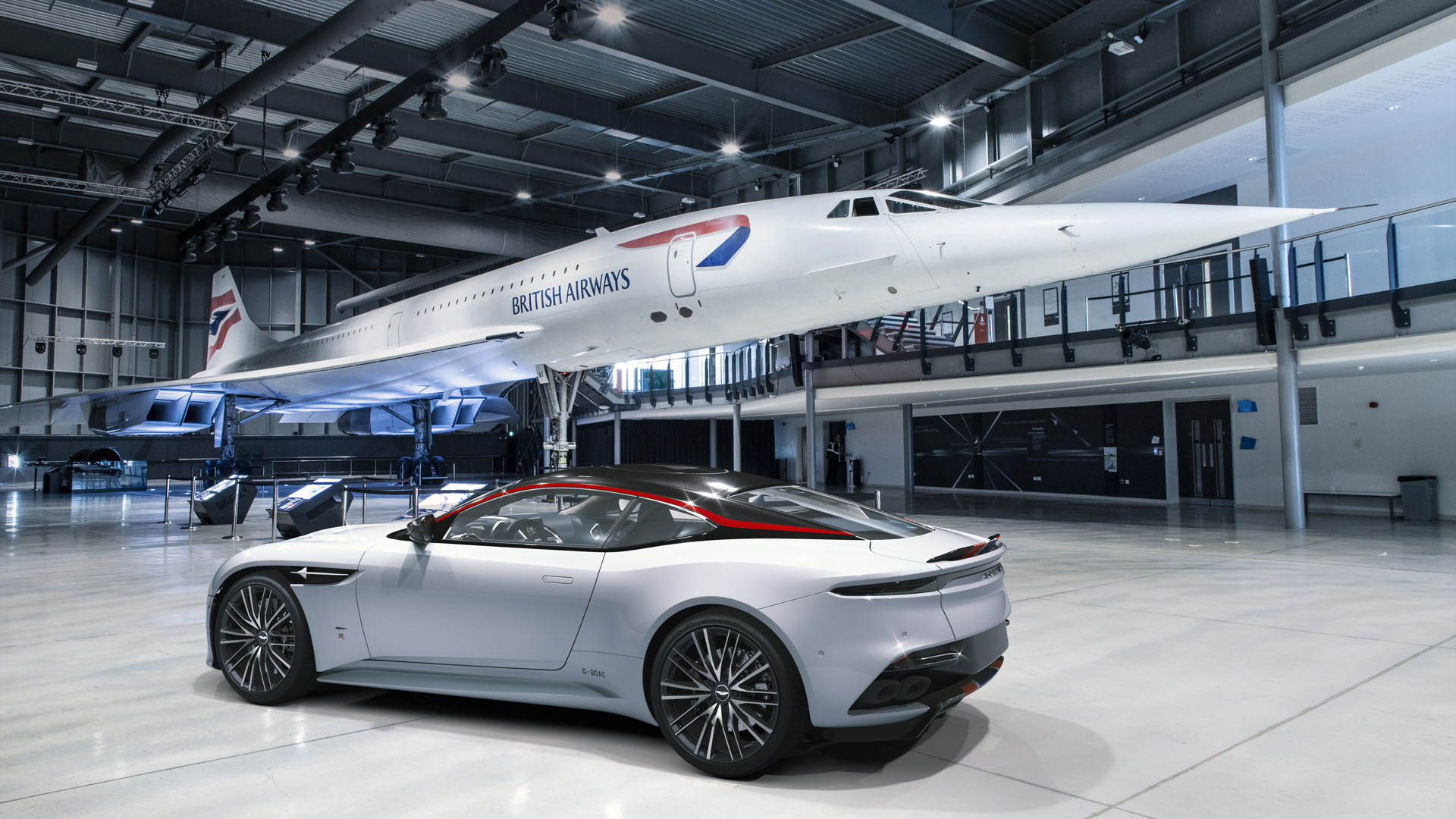 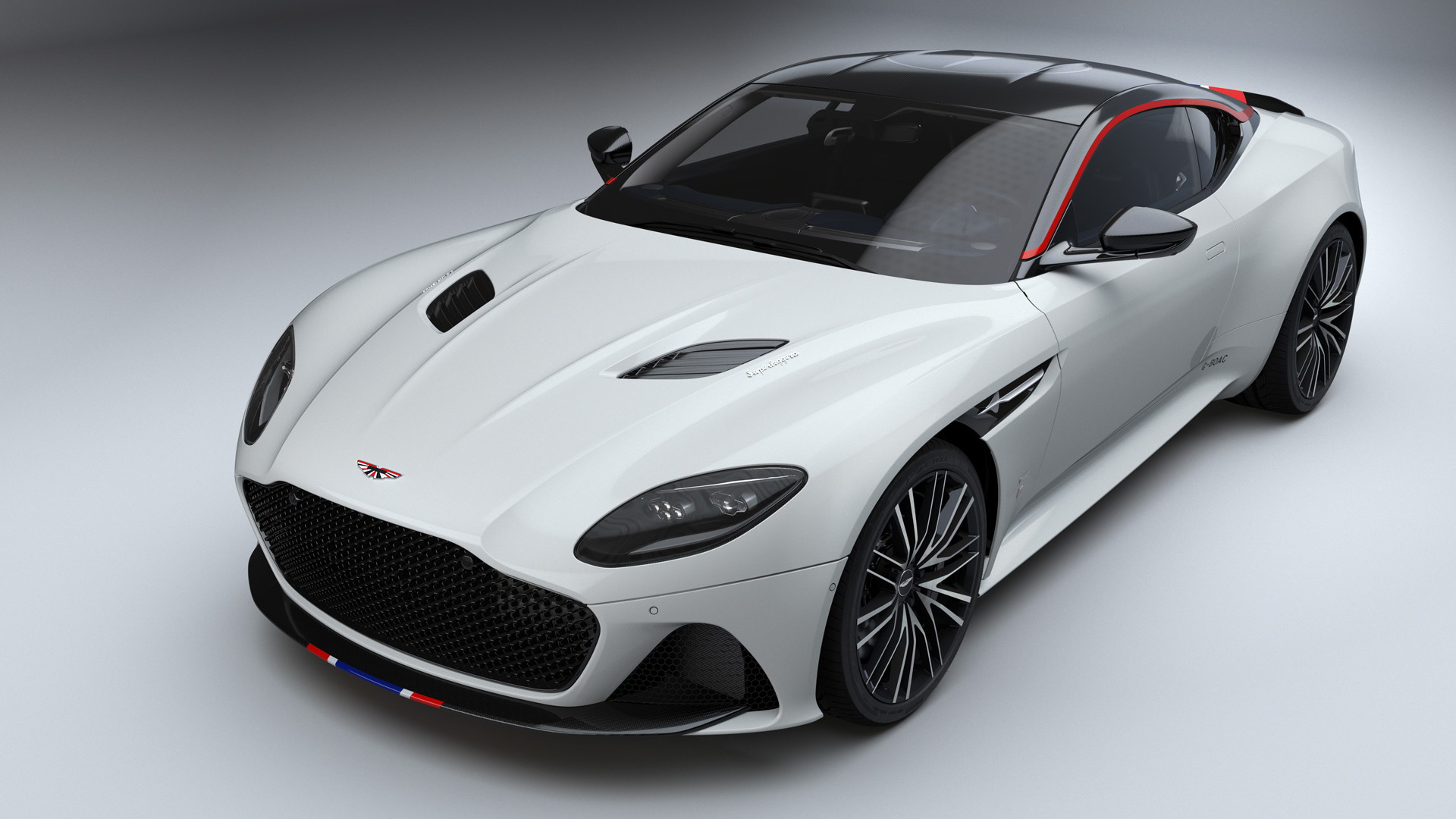 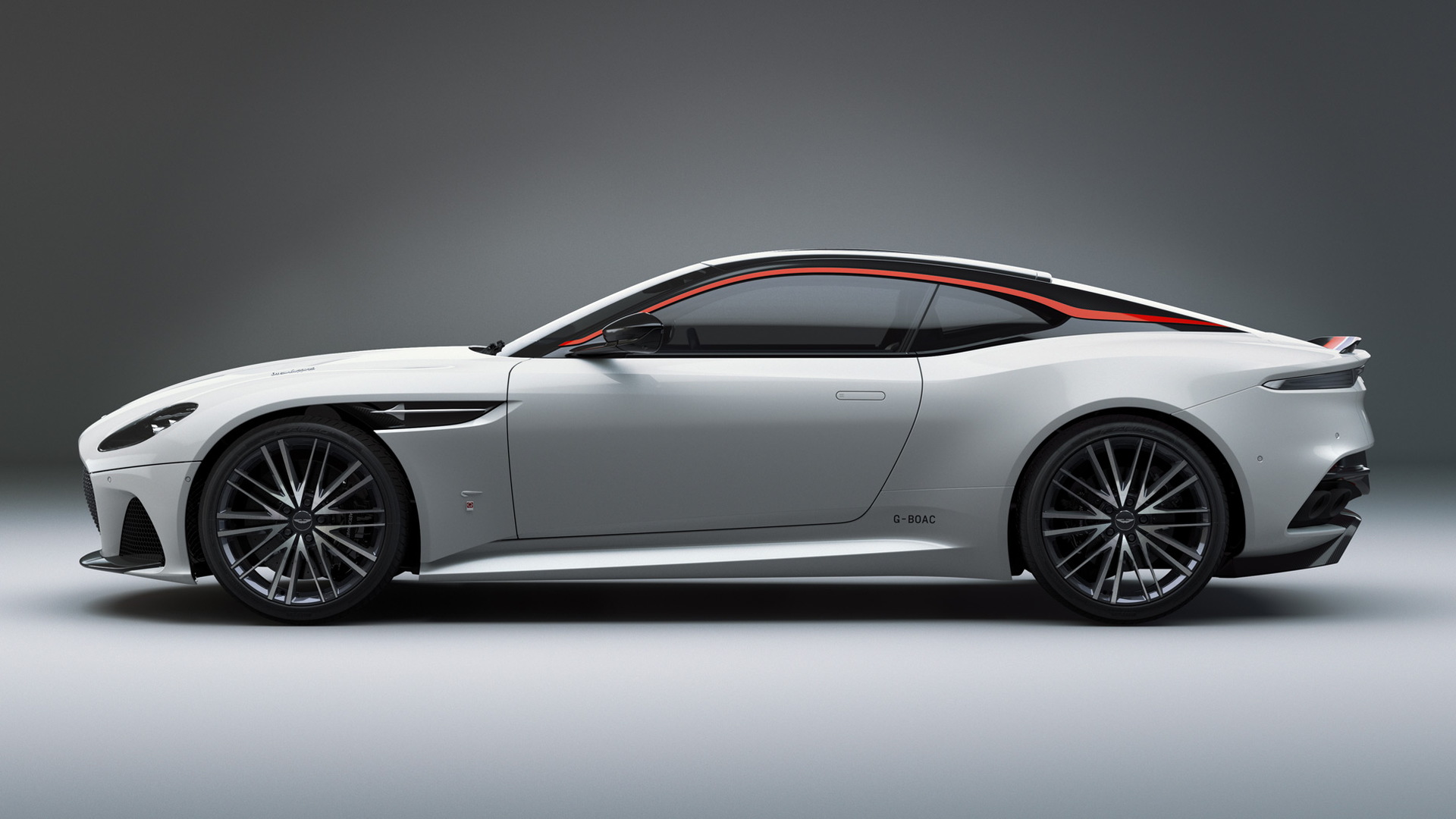 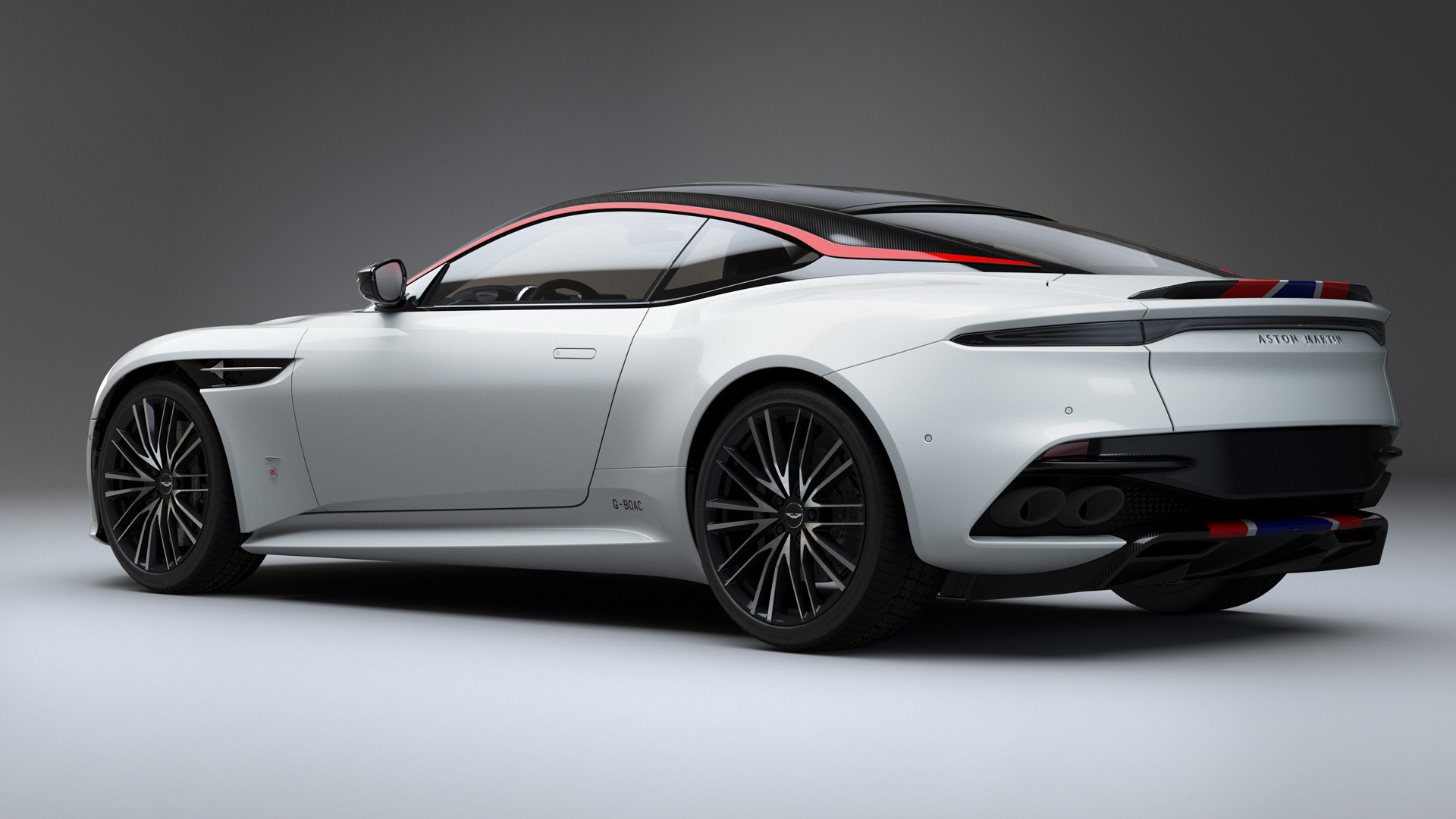 It's been 50 years since the Concorde enjoyed its maiden flight—the date was March 2, 1969—and to celebrate, Aston Martin has rolled out a special DBS Superleggera honoring the supersonic passenger jet.

The Concorde was operated exclusively by Air France and British Airways, with Aston Martin's special DBS, commissioned by one of the automaker's British dealers, adopting the livery of the latter, naturally.

The car, which was prepared by the Q by Aston Martin personalization department, features a number of additional extras. These include a carbon fiber roof with a Concorde silhouette logo, solid aluminum side strakes, individualized door sills bearing the code-name for a specific Concorde model, a Mach speed graphic embroidered on the driver’s side sun visor, and “Concorde” inscriptions in each of the front seat headrests.

There aren't any changes to the mechanicals. The engine is the same 5.2-liter twin-turbocharged V-12 in the regular DBS Superleggera, rated at 715 horsepower and 664 pound-feet of torque. It connects to a rear-mounted 8-speed automatic via a carbon fiber propshaft and spins the rear wheels only.

The DBS Superleggera Concorde edition is limited to 10 examples and is available to purchase through Aston Martin Bristol in Bristol, United Kingdom, the location in which British Concordes were built. Part of the proceeds of each sale will go to support Air League Trust, which teaches under-privileged children how to fly and offers support for them in engineering roles.

The Concorde could fly at an altitude of 60,000 feet and reach speeds of Mach 2.04 (1,354 mph). It was expensive to operate, though, and would burn considerably more fuel than a regular airliner. The Concorde was eventually retired in 2003 due to dwindling sales following a 2000 crash and a general slowdown in air travel following 2001's September 11 attacks.