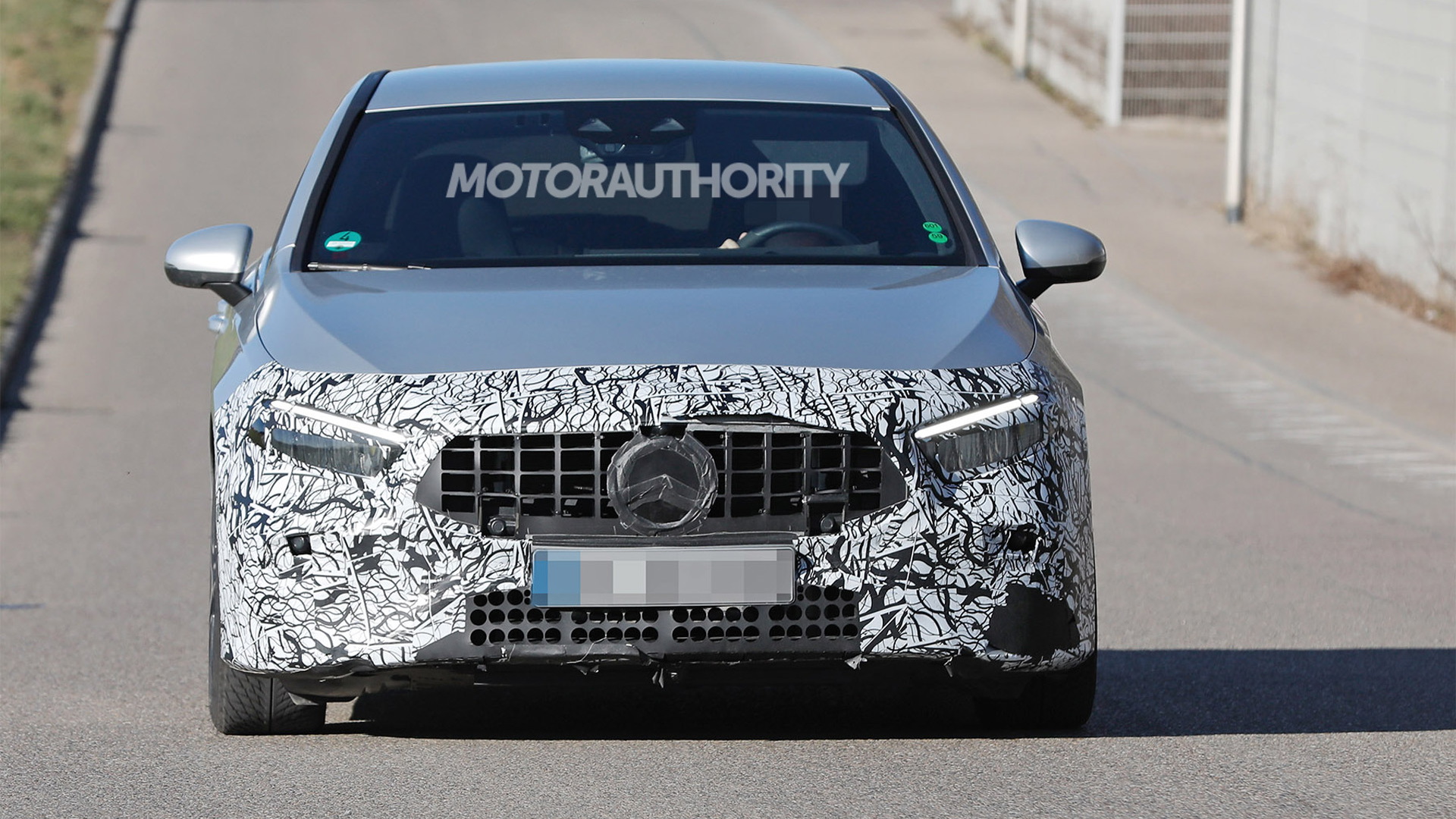 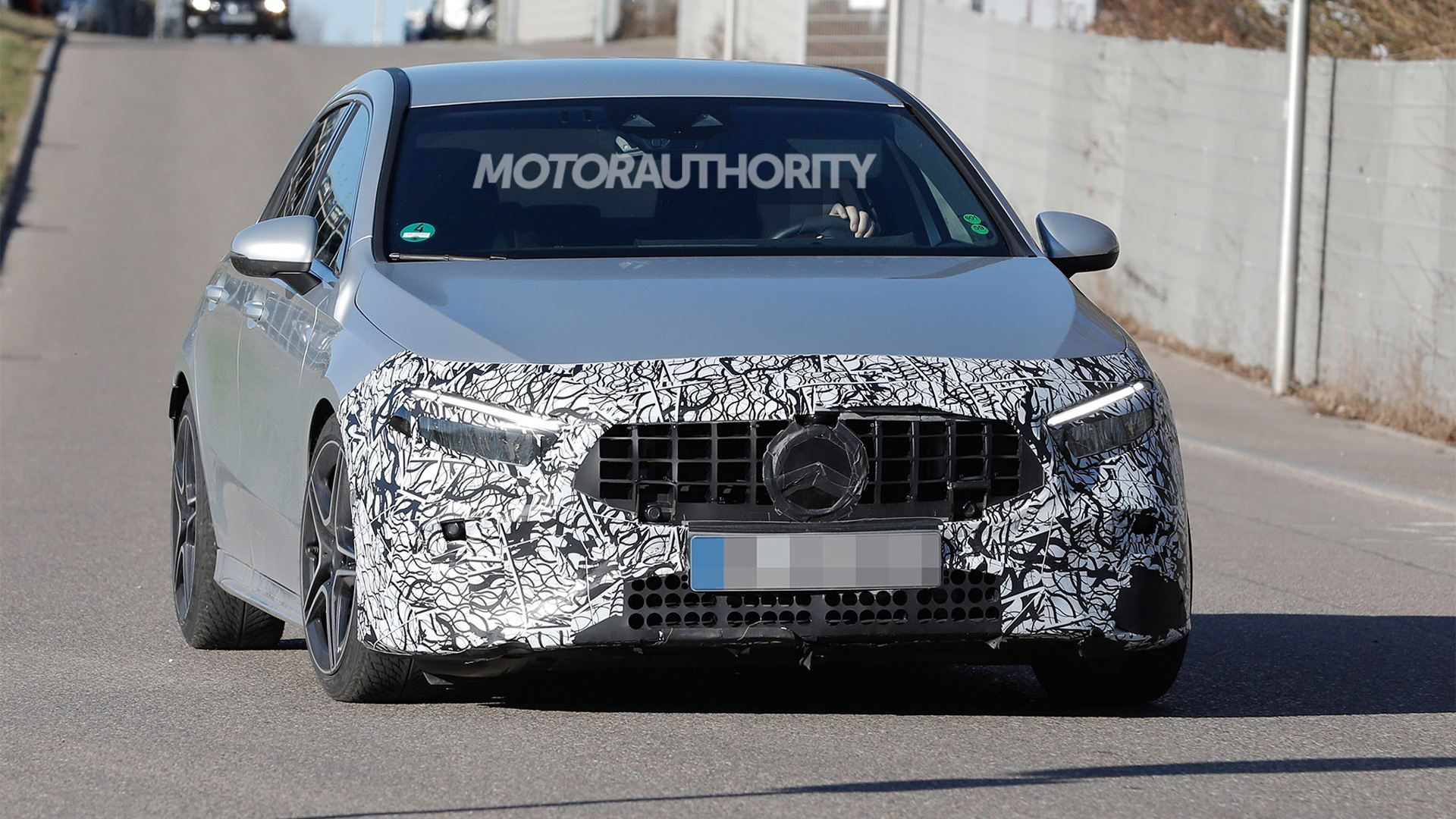 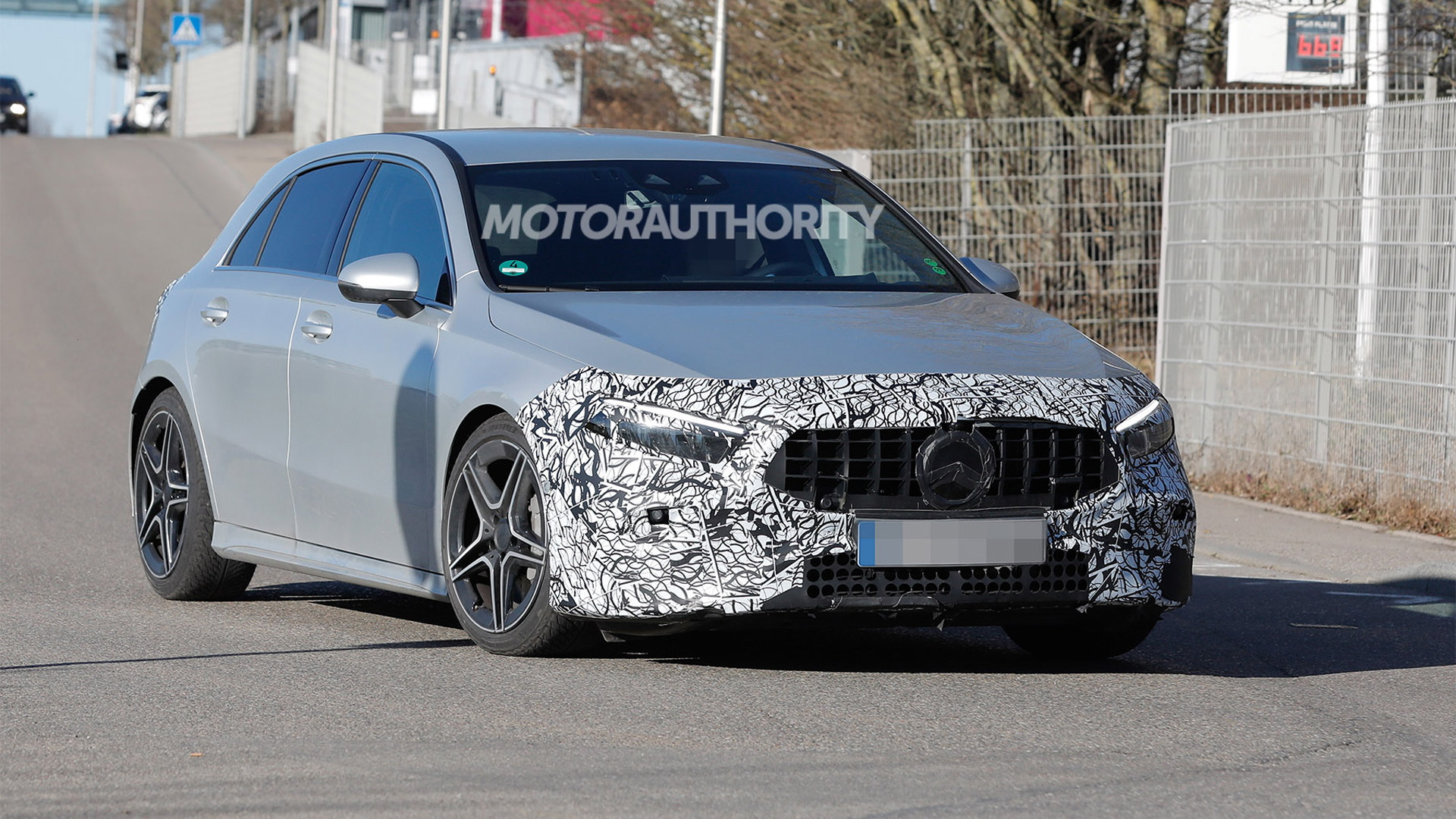 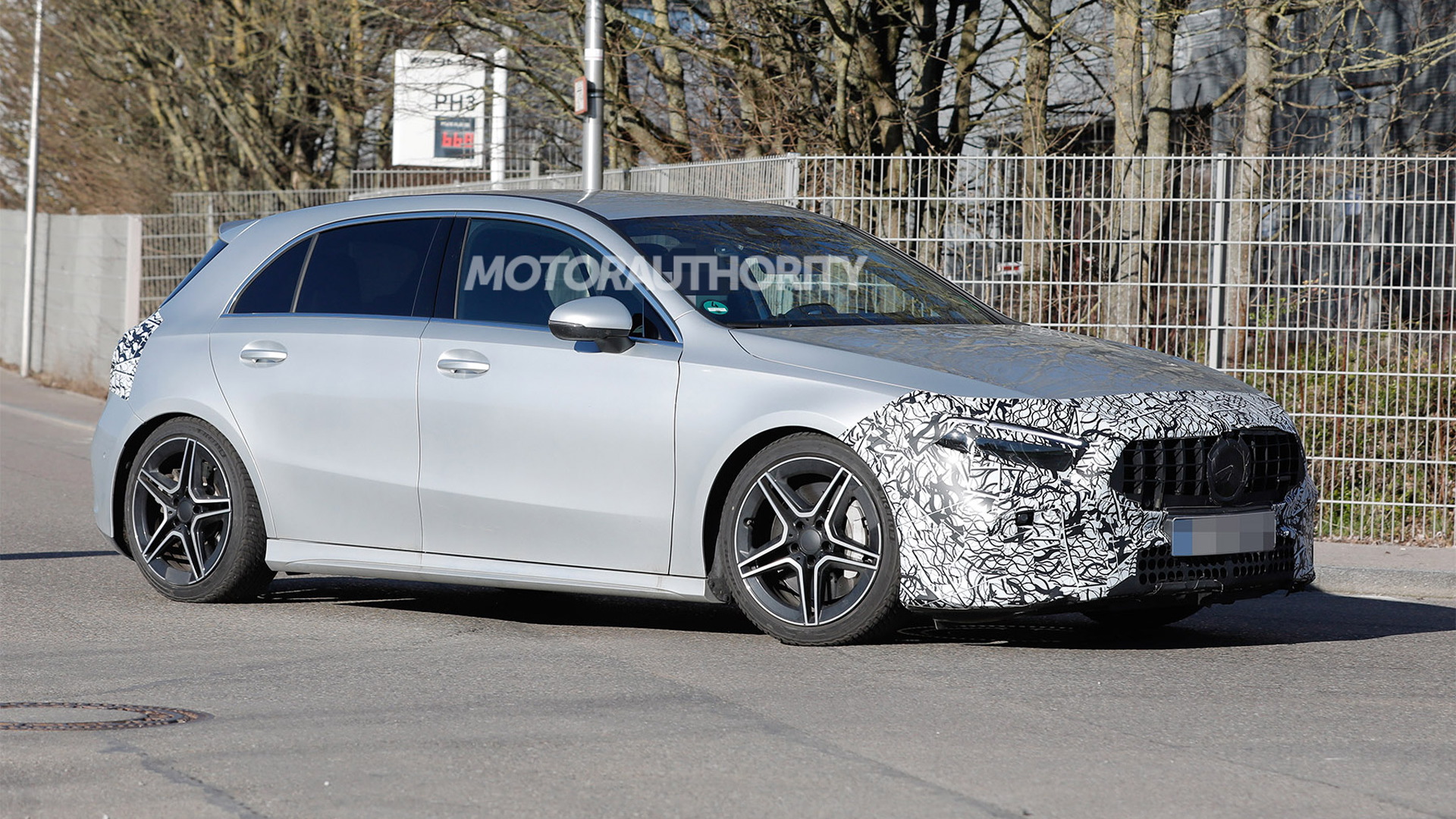 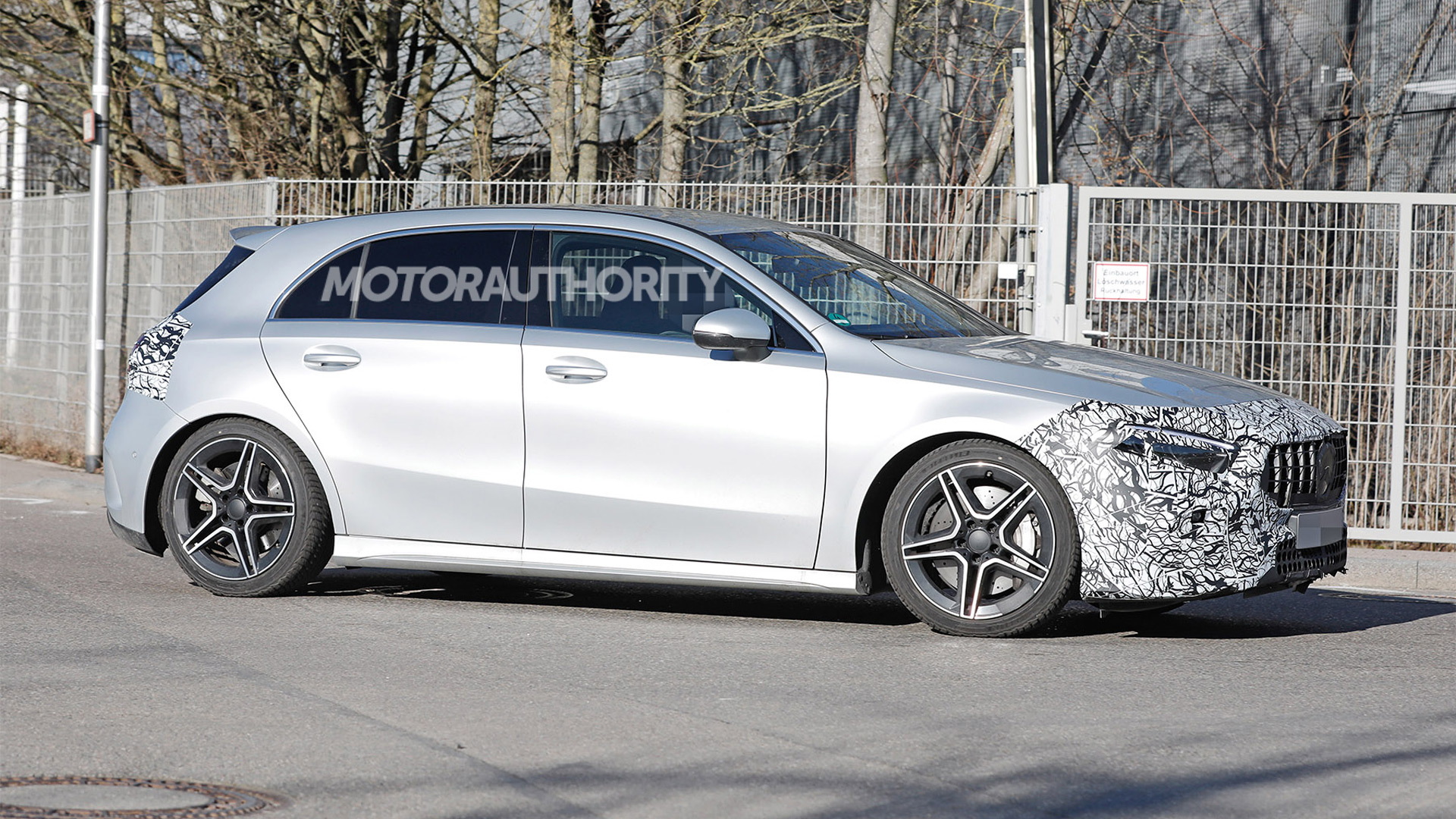 Mercedes-Benz is working on an update for its A-Class compact range, and the latest prototype to be spotted is for the sporty A35 Hatchback from AMG.

None of the various A-Class Hatchback models are sold in the U.S. but some of the changes you see on this A35 Hatchback prototype are likely to filter across to the related CLA 35 and GLA 35 sold locally.

Likewise, changes destined for an updated version of the regular A-Class Hatchback also out testing in prototype form will likely flow on to the related CLA-Class and GLA-Class models. Note, an updated A-Class sedan is also out testing but won't be sold in the U.S., as the current version bows out after the 2022 model year.

The A35 Hatchback prototype is only lightly camouflaged. We can expect some tweaks to the grille and perhaps new internals in the headlights. It also looks like the front fascia will feature a slightly revised design.

There will be some changes inside, too. Look for a new steering wheel design, plus a revised center console with the current model's track pad replaced by simpler controls.

It isn't clear what AMG has planned for the powertrain, but extra power is possible. The A35 is currently powered by a 2.0-liter turbocharged inline-4 rated at 302 hp, and extra power may be added via a mild-hybrid setup or possibly even a bigger turbocharger with an electrified component to minimize turbo lag. The latter is expected to dial up the horses from the same engine to 442 hp in the updated AMG A45.

The rest of the A35 Hatchback package should remain the same following the update, meaning a standard 7-speed dual-clutch automatic, as well as all-wheel drive with a maximum 50:50 torque split.

Look for the updated A-Class range, including this A35 Hatchback, to debut in 2022. The cars should arrive as 2023 models.