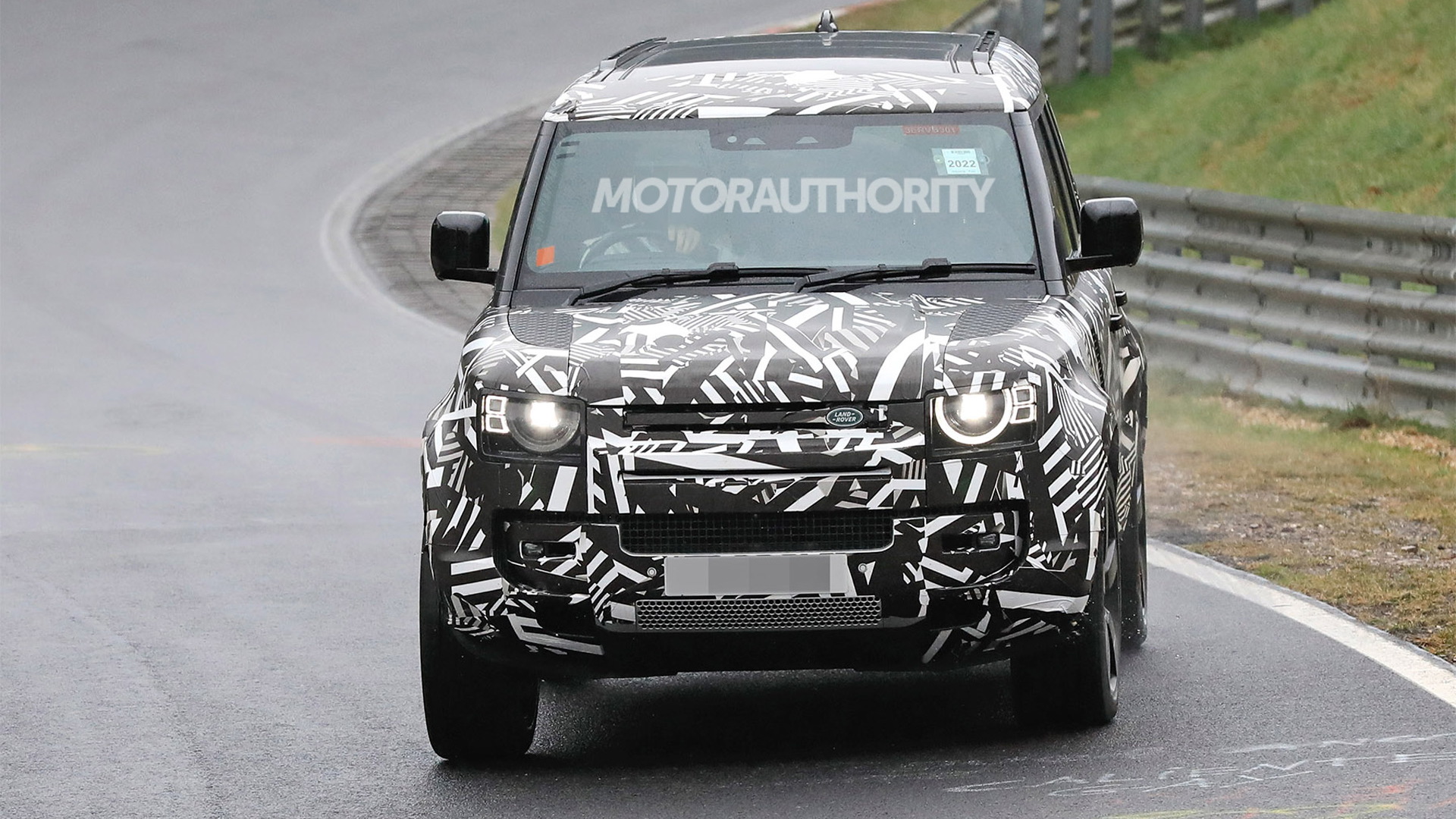 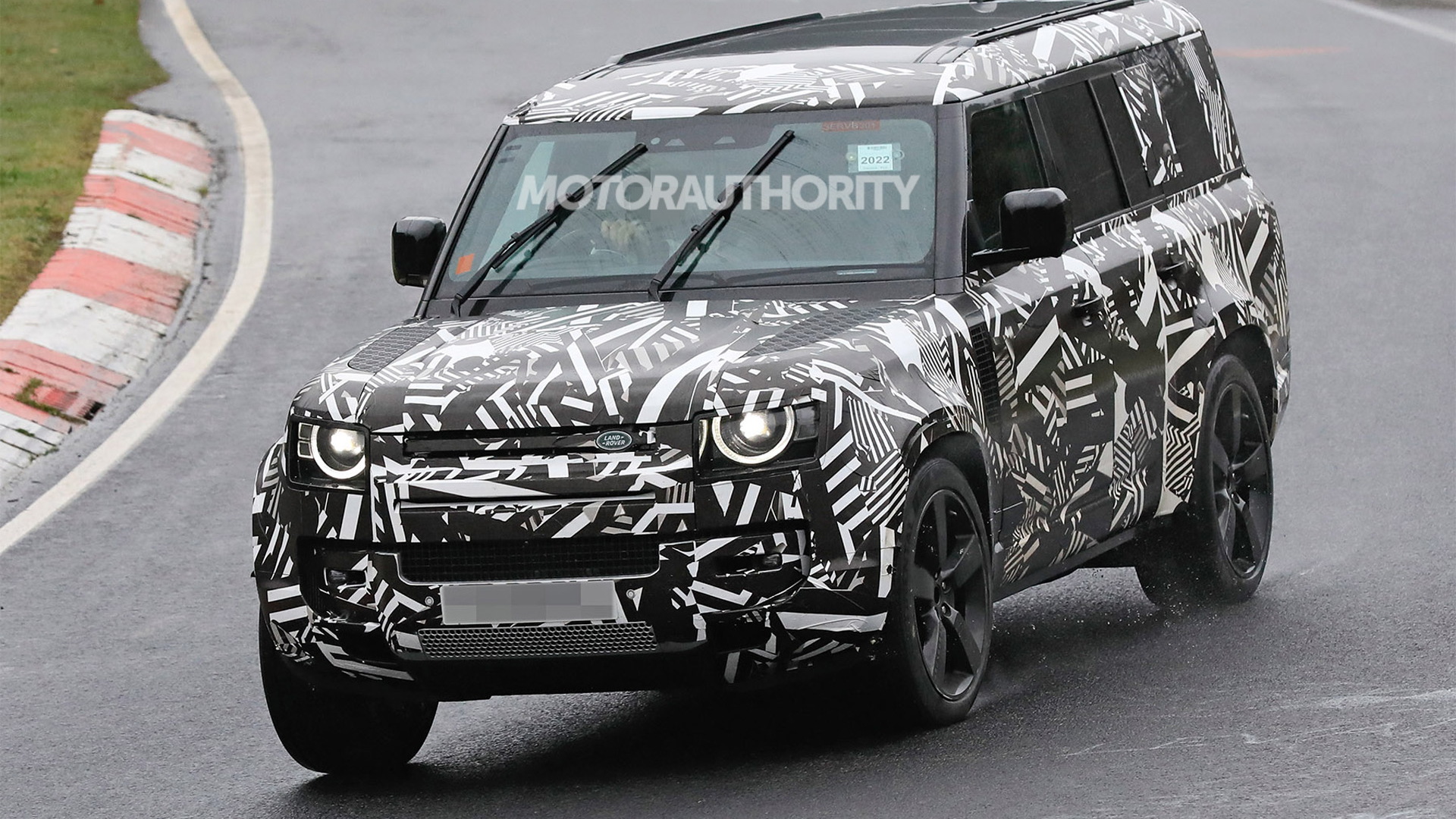 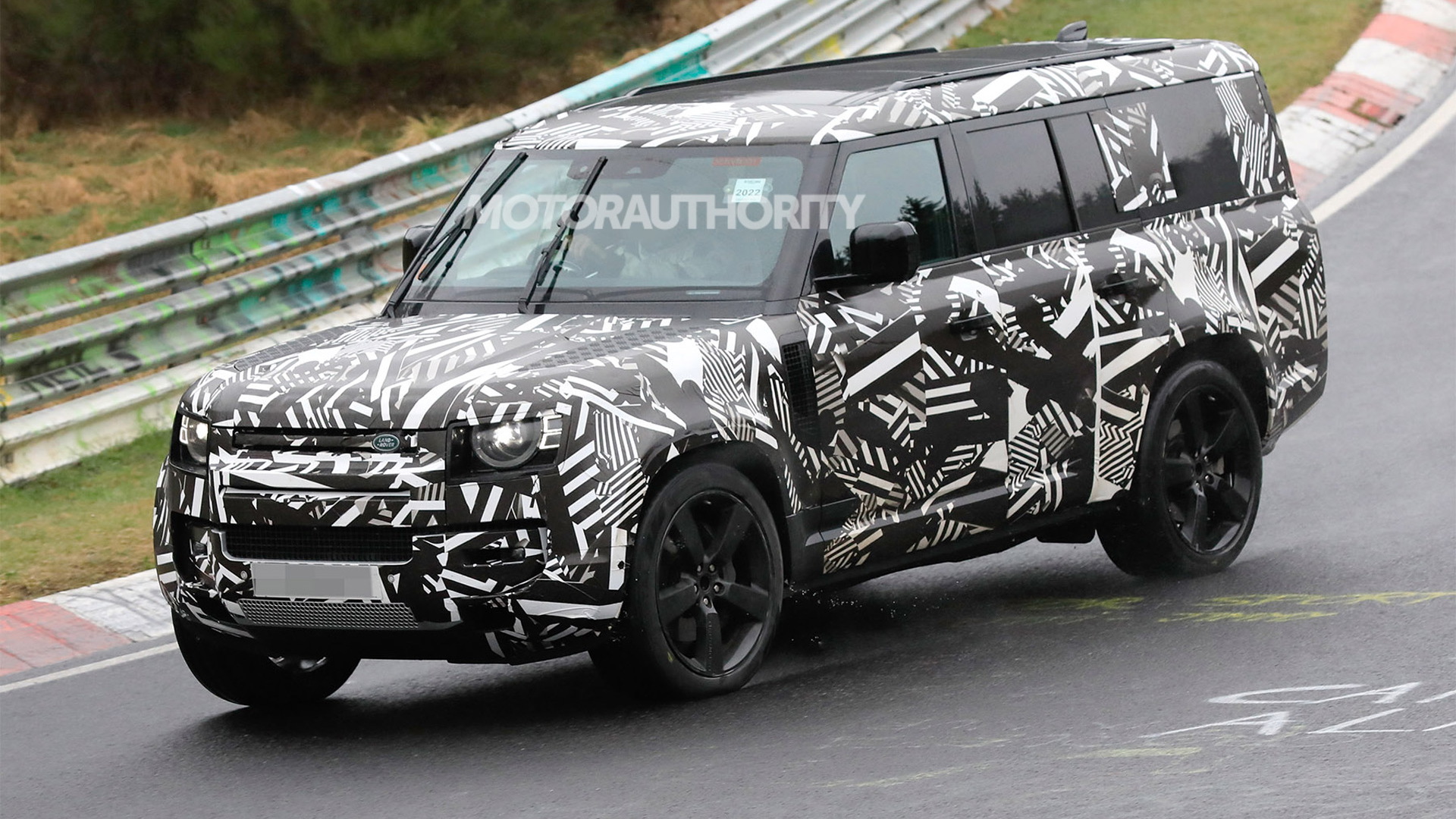 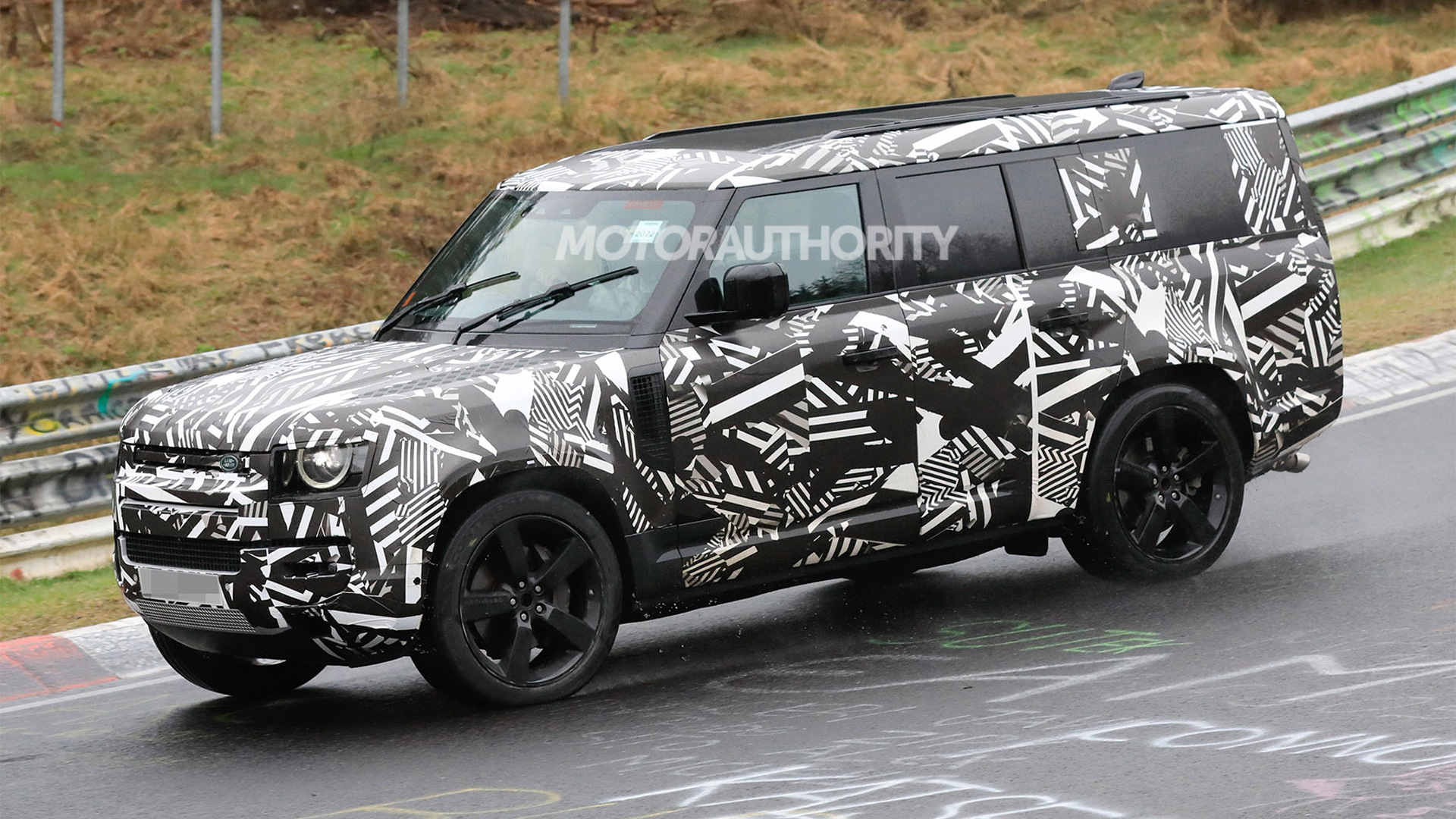 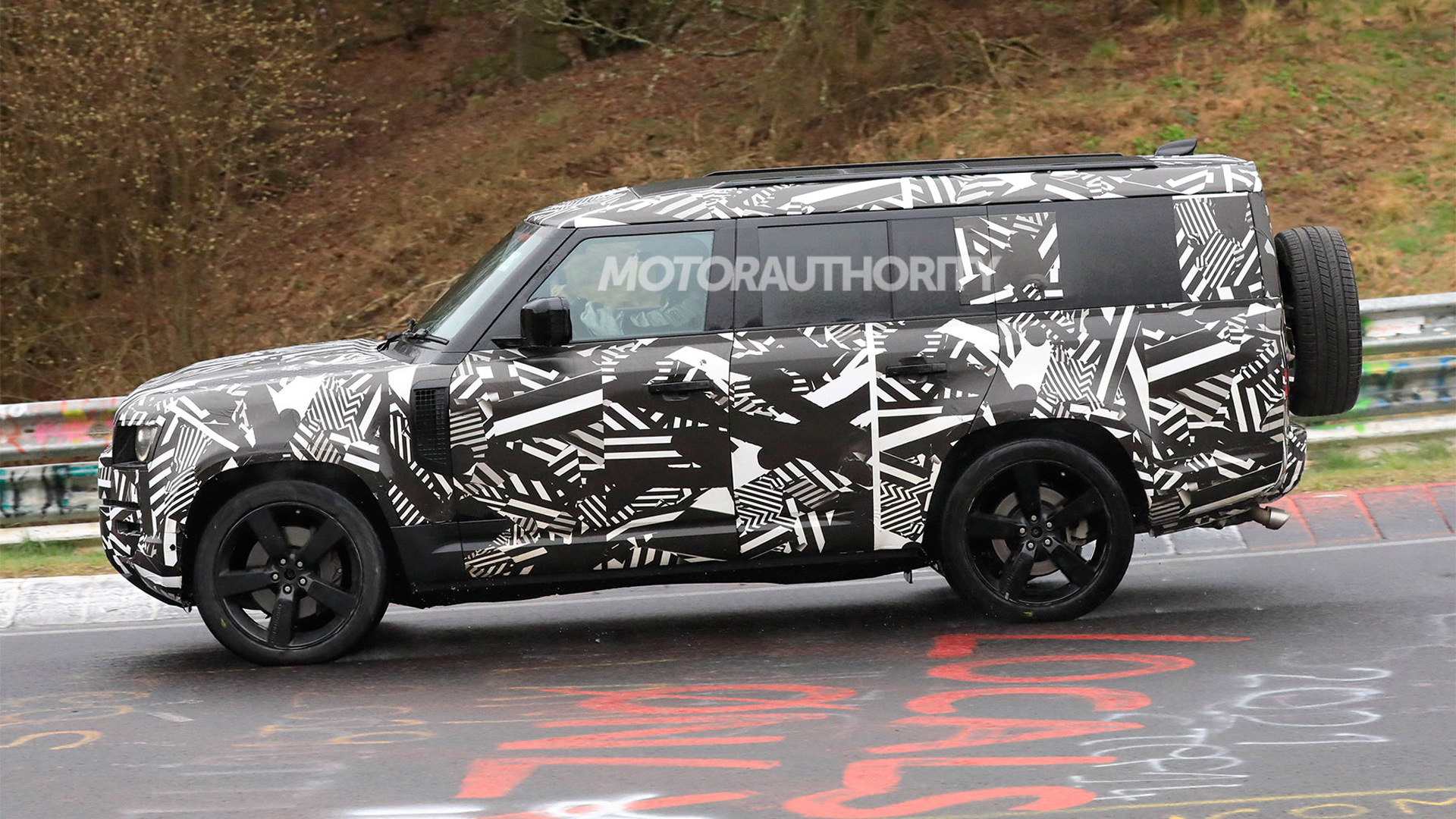 Land Rover over the past year has been testing prototypes for a stretched Defender capable of seating up to eight, and the latest tester to be spotted is likely fitted with the Defender's available V-8.

Clearly visible at the rear is an exhaust with four tips, which is exclusive to the Defender's V-8 option. The engine, which was made available for 2022, is Jaguar Land Rover's familiar 5.0-liter supercharged V-8, which in the Defender delivers up 518 hp and 461 lb-ft of torque.

In the two-door Defender 90 and four-door Defender 110, the engine is mated to an 8-speed automatic and four-wheel-drive system. It enables both vehicles to deliver 0-60 mph acceleration in about five seconds and a top speed approaching 150 mph. Expect similar performance for the stretched Defender when equipped with the V-8. 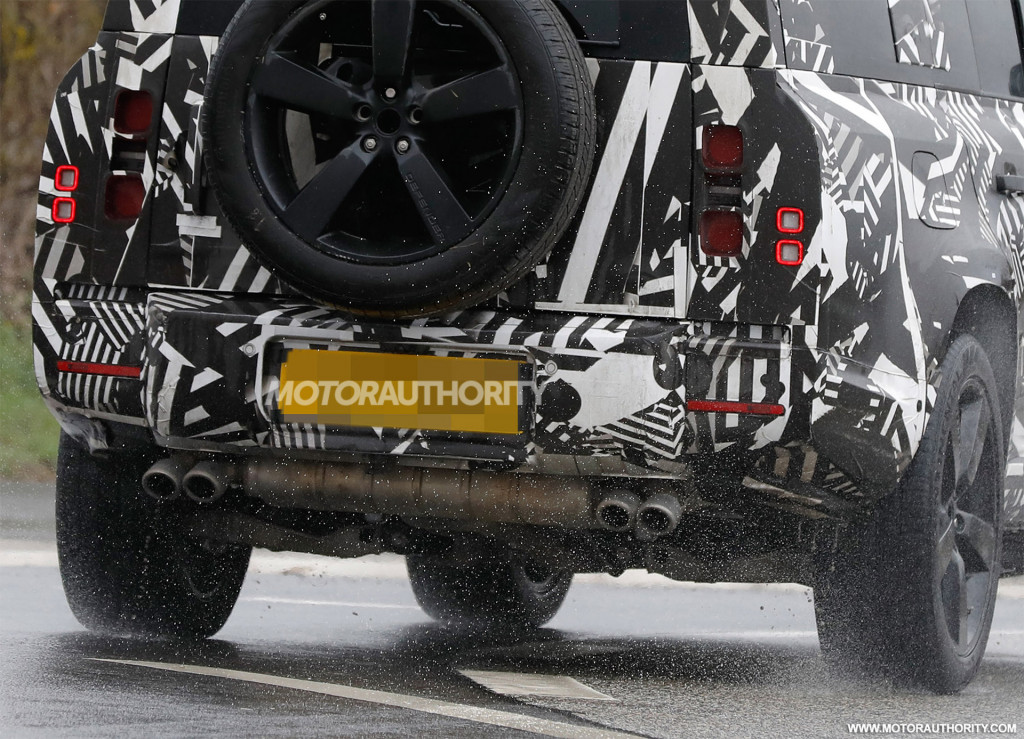 The stretched Defender will be badged a Defender 130, and the extra length will come from a stretched tail. The wheelbase will actually be the same as on the Defender 110, measuring about 119 inches.

Looking further out, there could be even more Defender variants. Possibilities include a more luxurious model, as well as a pickup body style.