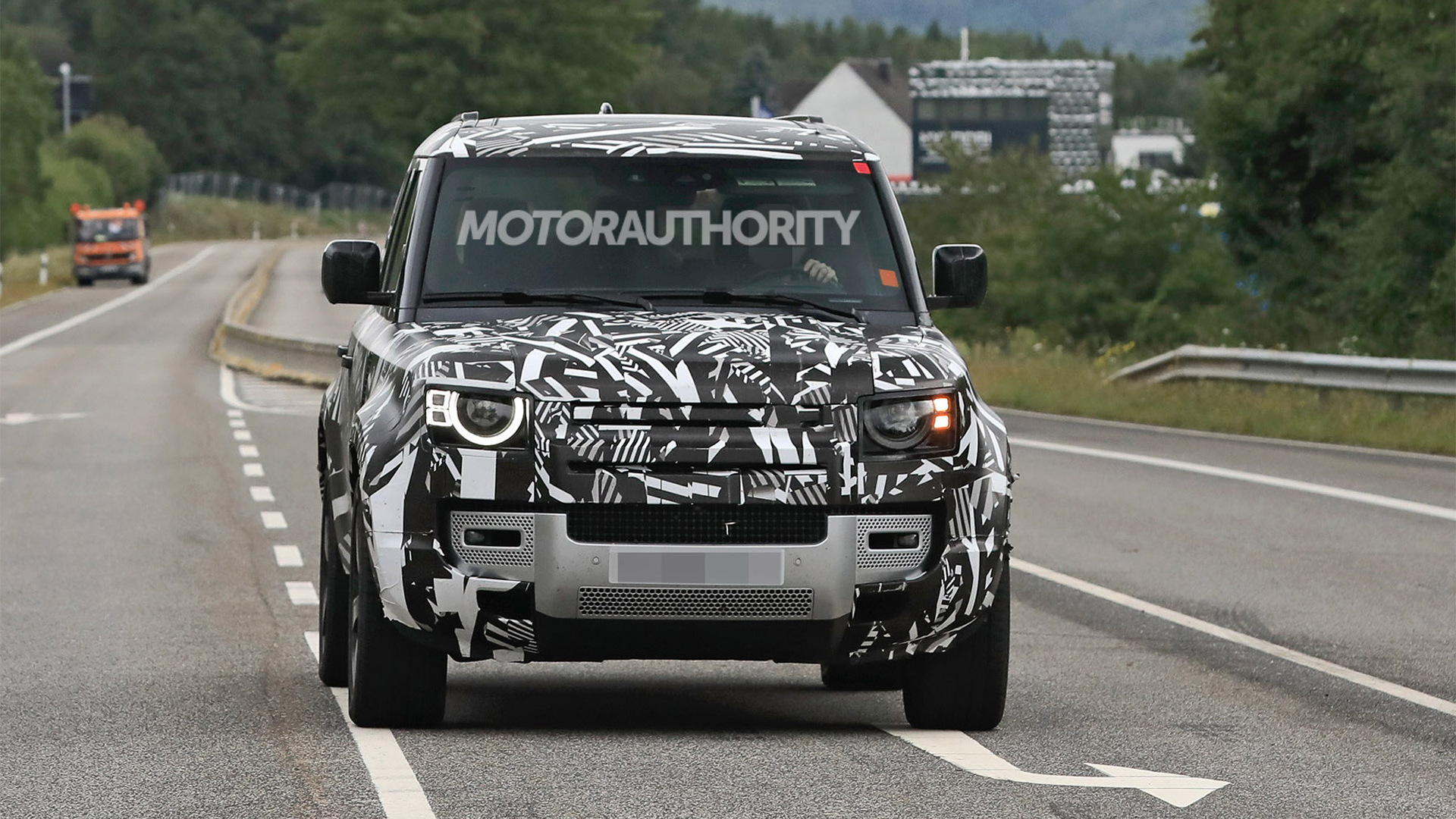 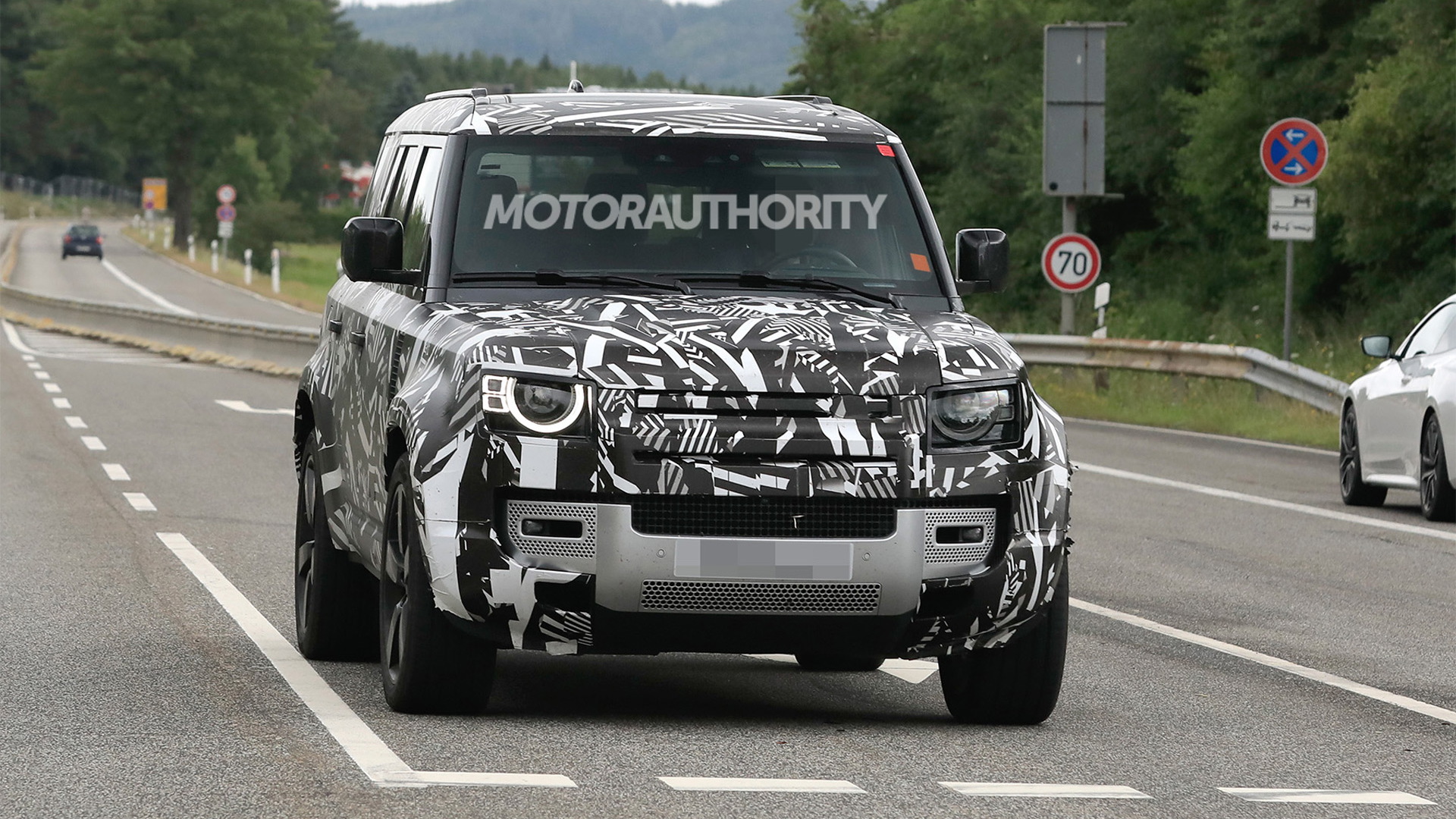 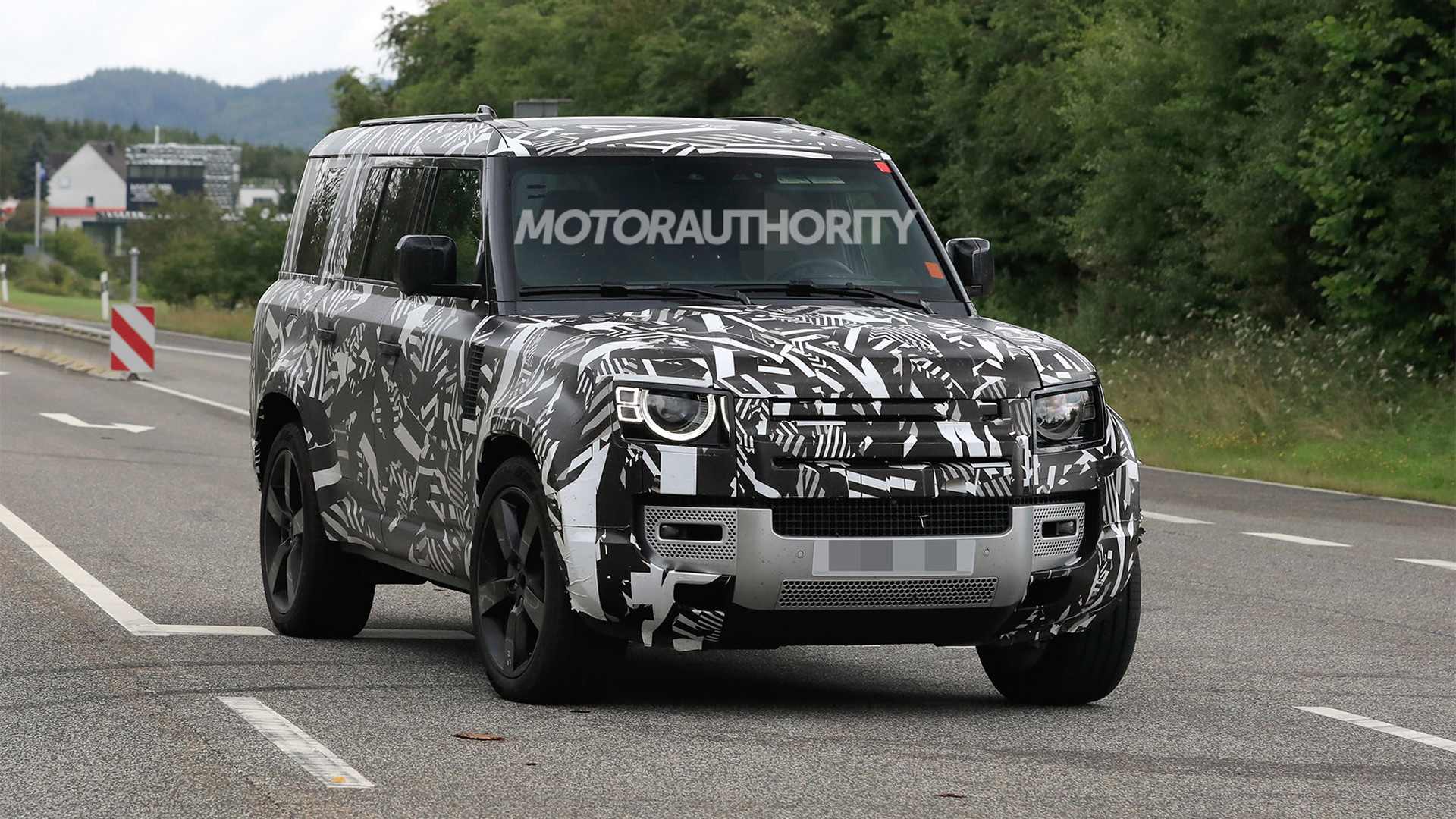 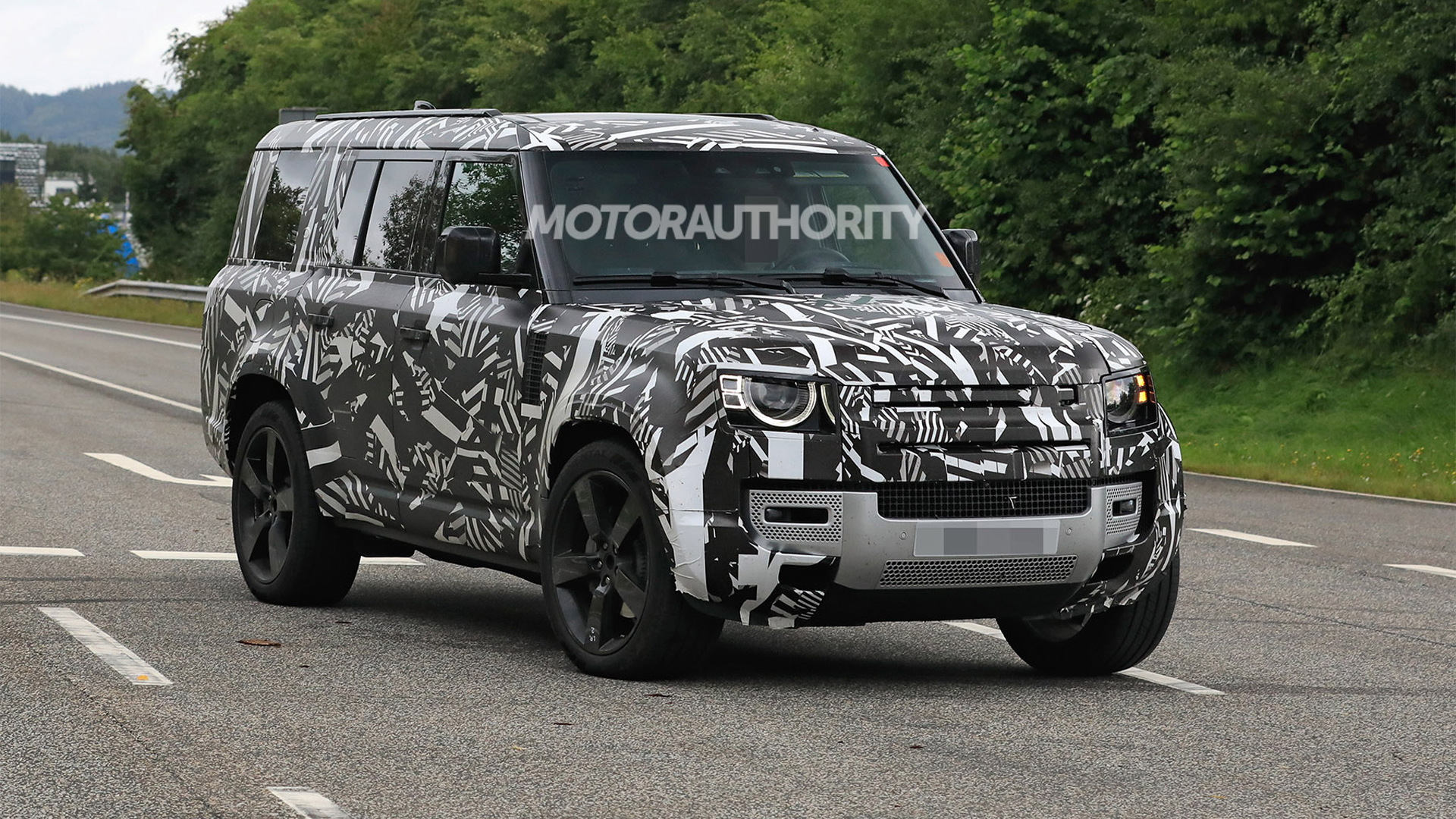 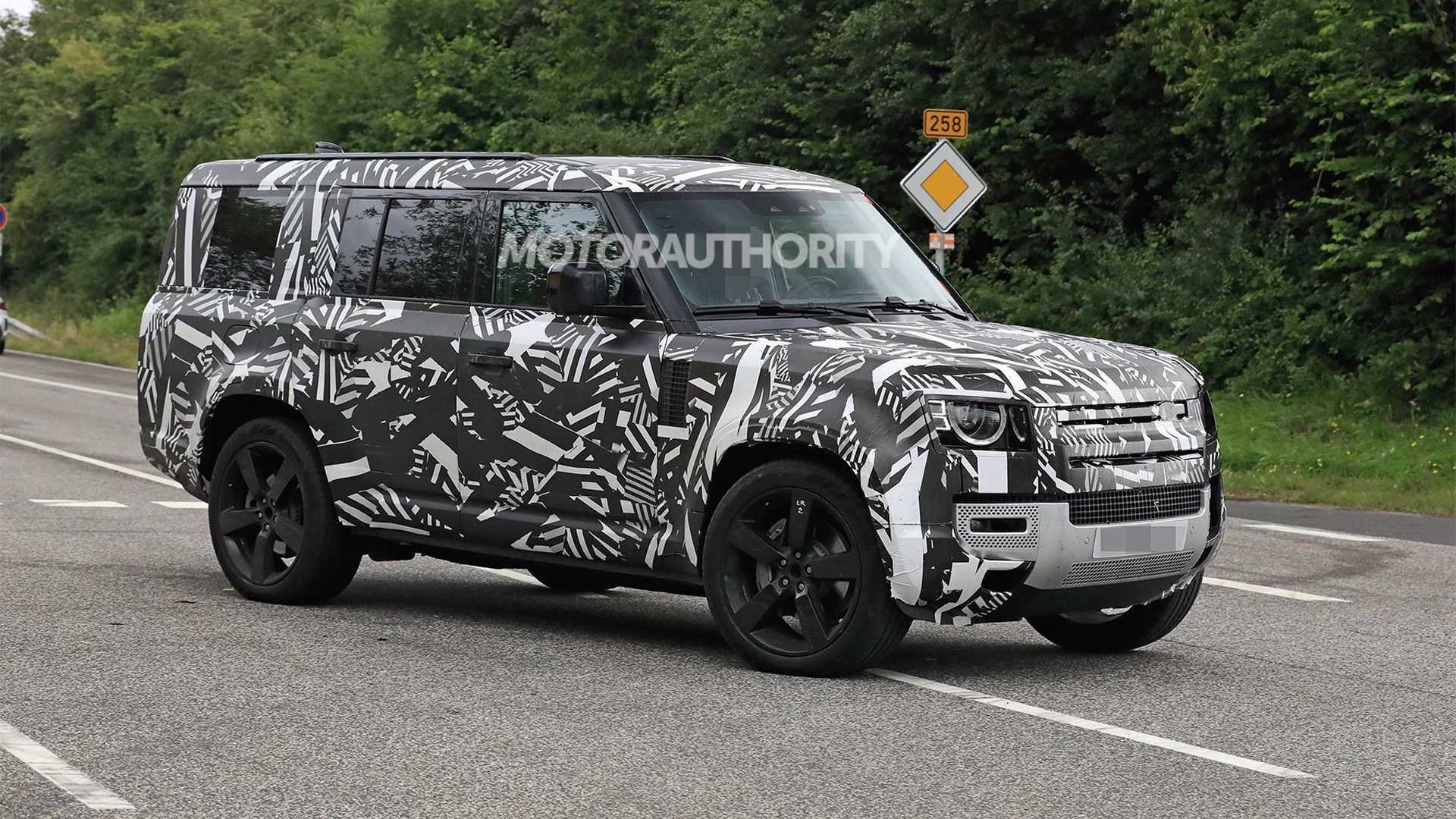 The modern Land Rover Defender is already on sale in most parts in two-door Defender 90 and four-door Defender 110 body styles. There is at least one more body style coming in the near future, and possibly more.

It was only in February that Nick Collins, head of the Defender line at Land Rover, hinted that we might see a pickup truck, and now we have spy shots of a prototype for a stretched version of the SUV body to be called the Defender 130.

It's expected on sale next year as a 2023 model, including here in the U.S.

As the spy shots show, the Defender 130 roughly matches the 119-inch wheelbase of the Defender 110. The extra length comes from a stretched rear, which is expected to bring the overall length to just over 200 inches. In case you were wondering, the numerical elements of the various Defender names date back to the original Defender when they roughly correlated with wheelbase lengths.

Plans for the Defender 130 first surfaced in 2019, prior to the arrival of the modern Defender. Leaked information from an internal presentation, published by the Disco4 Forums, revealed the vehicle will come with third-row seats and seating for up to eight. The current Defender 110 also has third-row seats, but there are just two tiny seats in the third row suitable for small children only.

The modern Defender has been on sale in the U.S. since last summer, though initially in Defender 110 guise only. The short-wheelbase Defender 90 started sales here in the spring, and this summer a 518-hp V-8 option for both body styles was launched.

Other powertrains offered in the U.S. include a 2.0-liter turbocharged inline-4 with 296 hp. Above this sits a 3.0-liter turbocharged inline-6 mild-hybrid setup with 395 hp. The sole transmission is an 8-speed automatic which is coupled to a 2-speed transfer box and permanent four-wheel-drive system as standard. In other markets there's also a plug-in hybrid option that combines the 2.0-liter engine with an electric motor for a peak output of 398 hp. It also has a 19.2-kilowatt-hour battery for a bit of electric range.