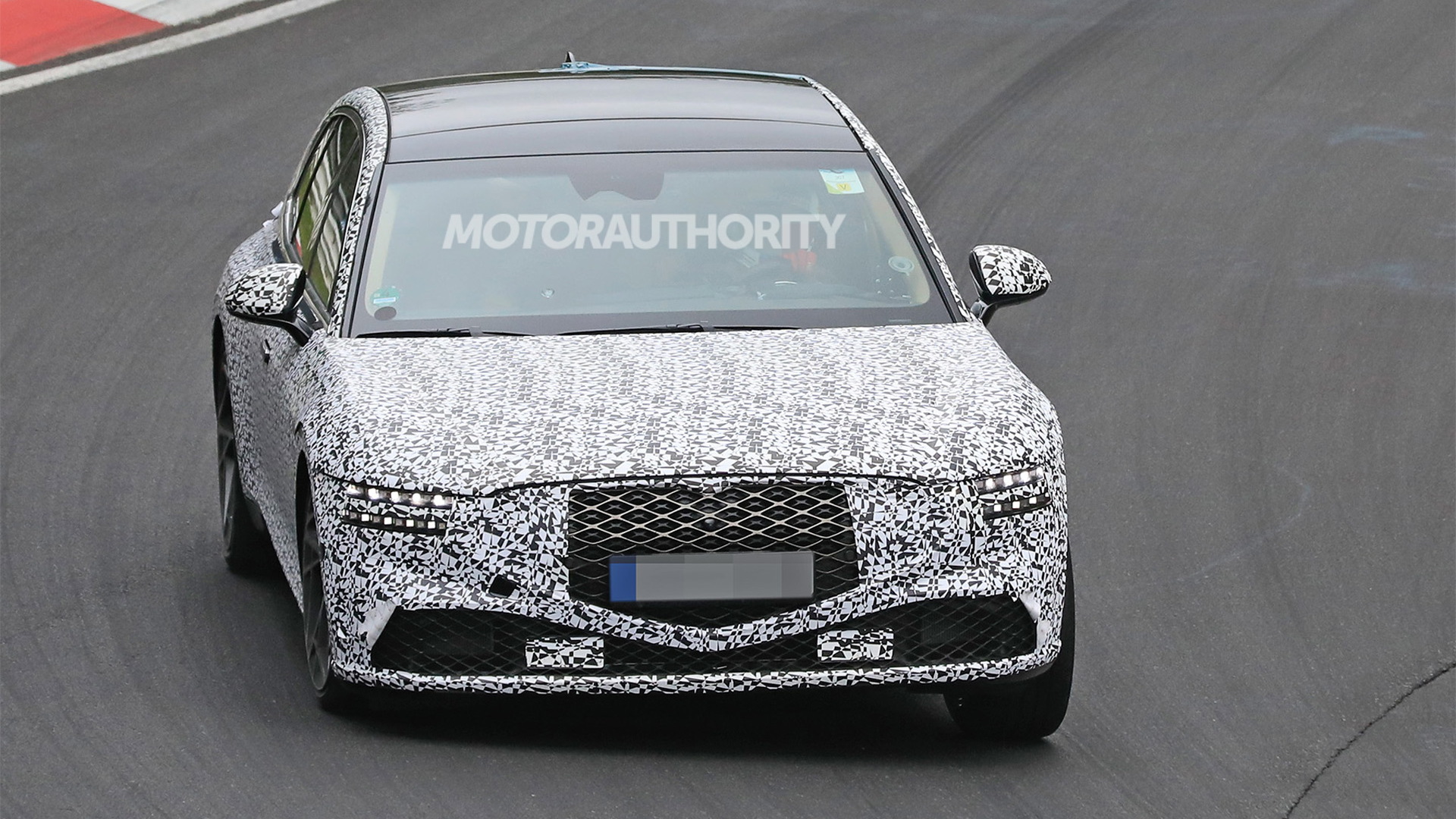 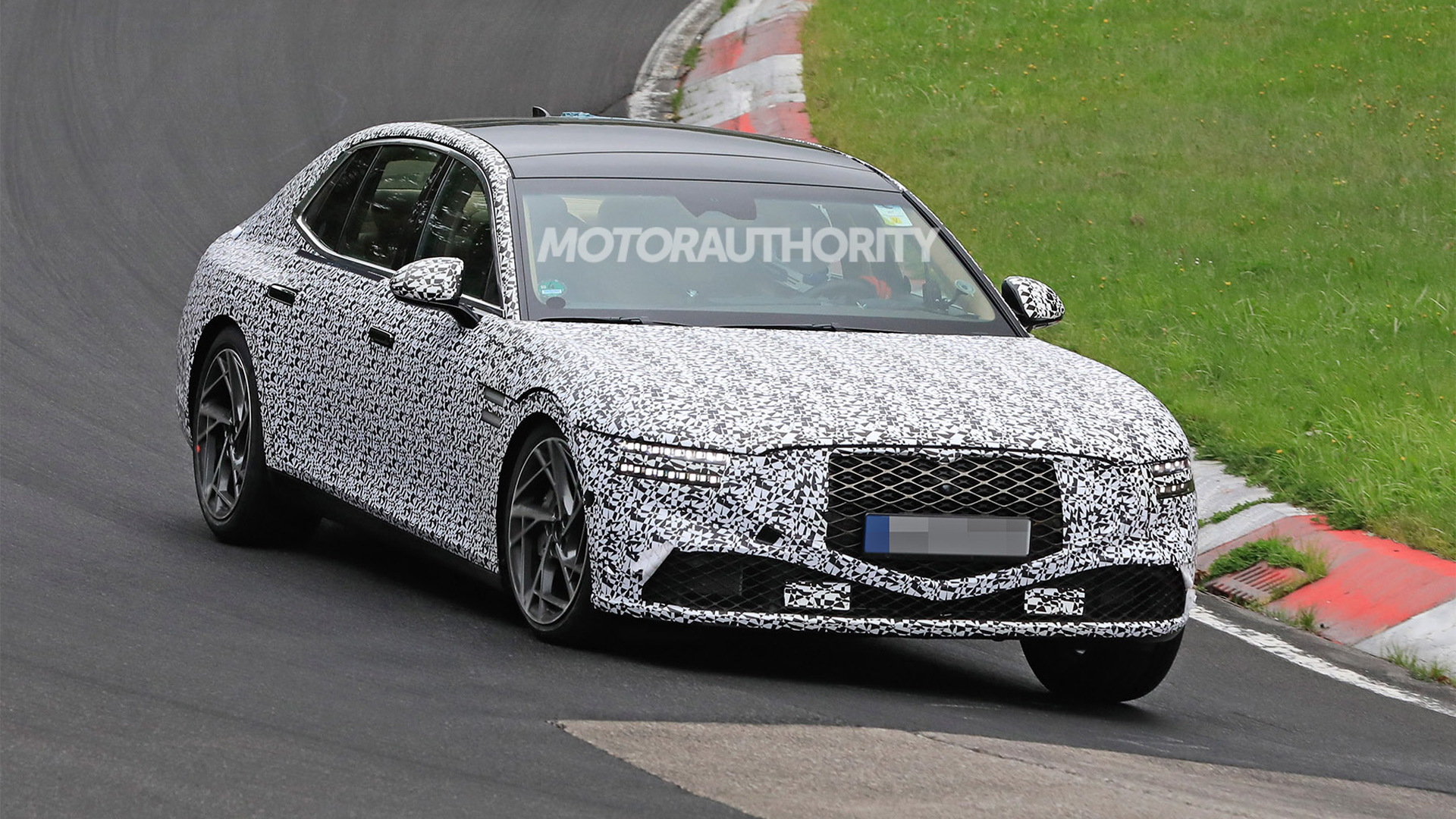 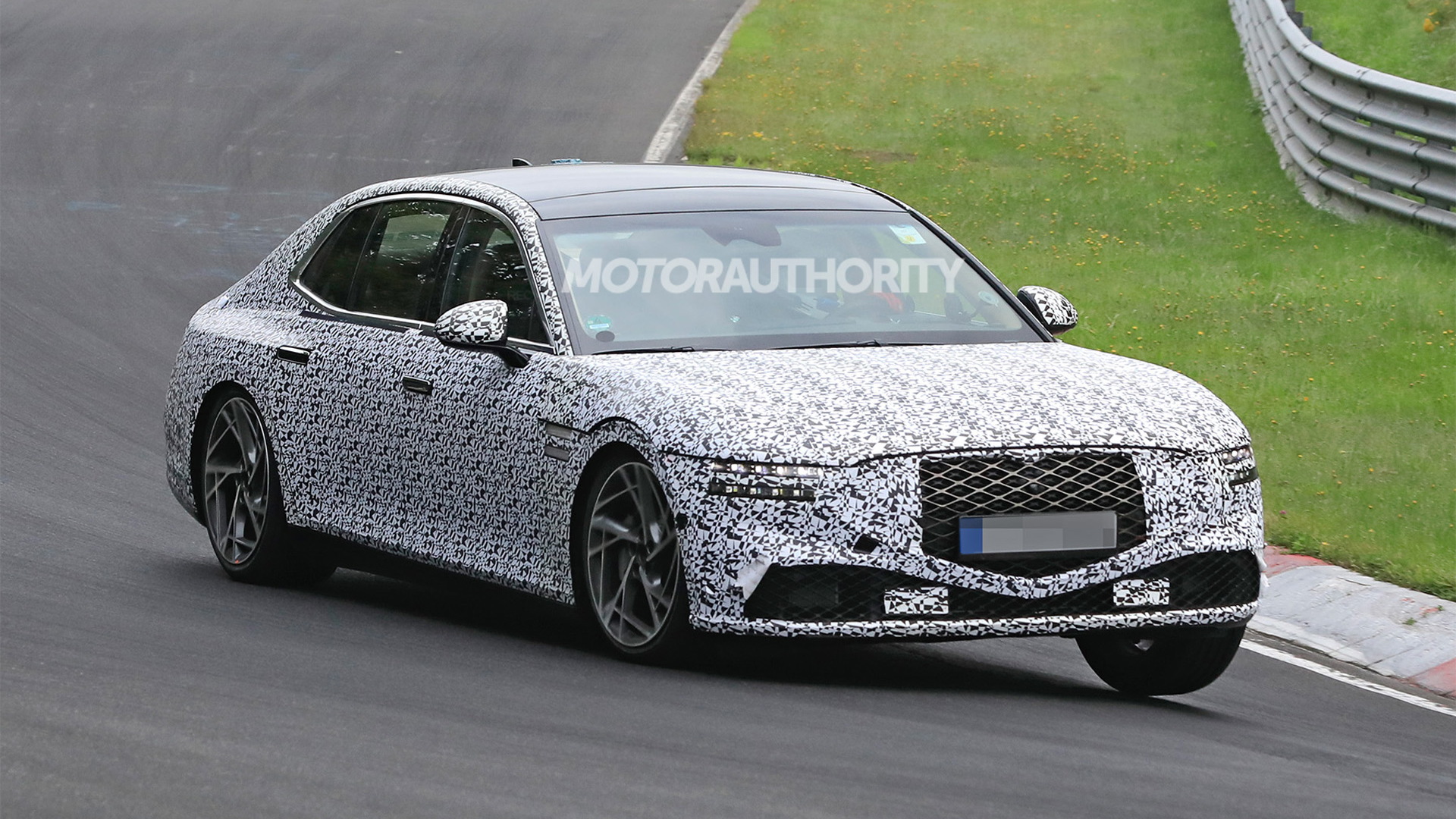 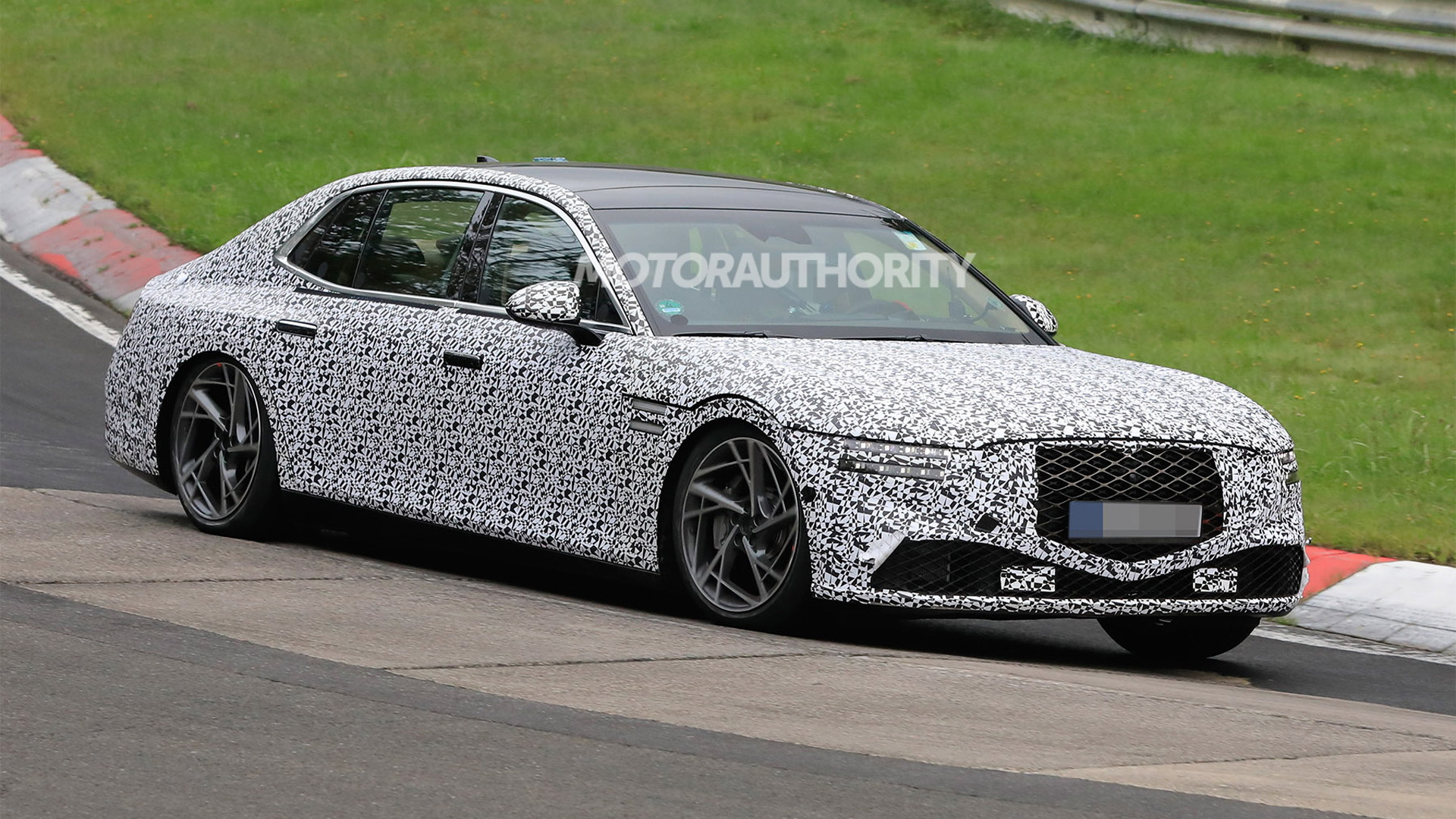 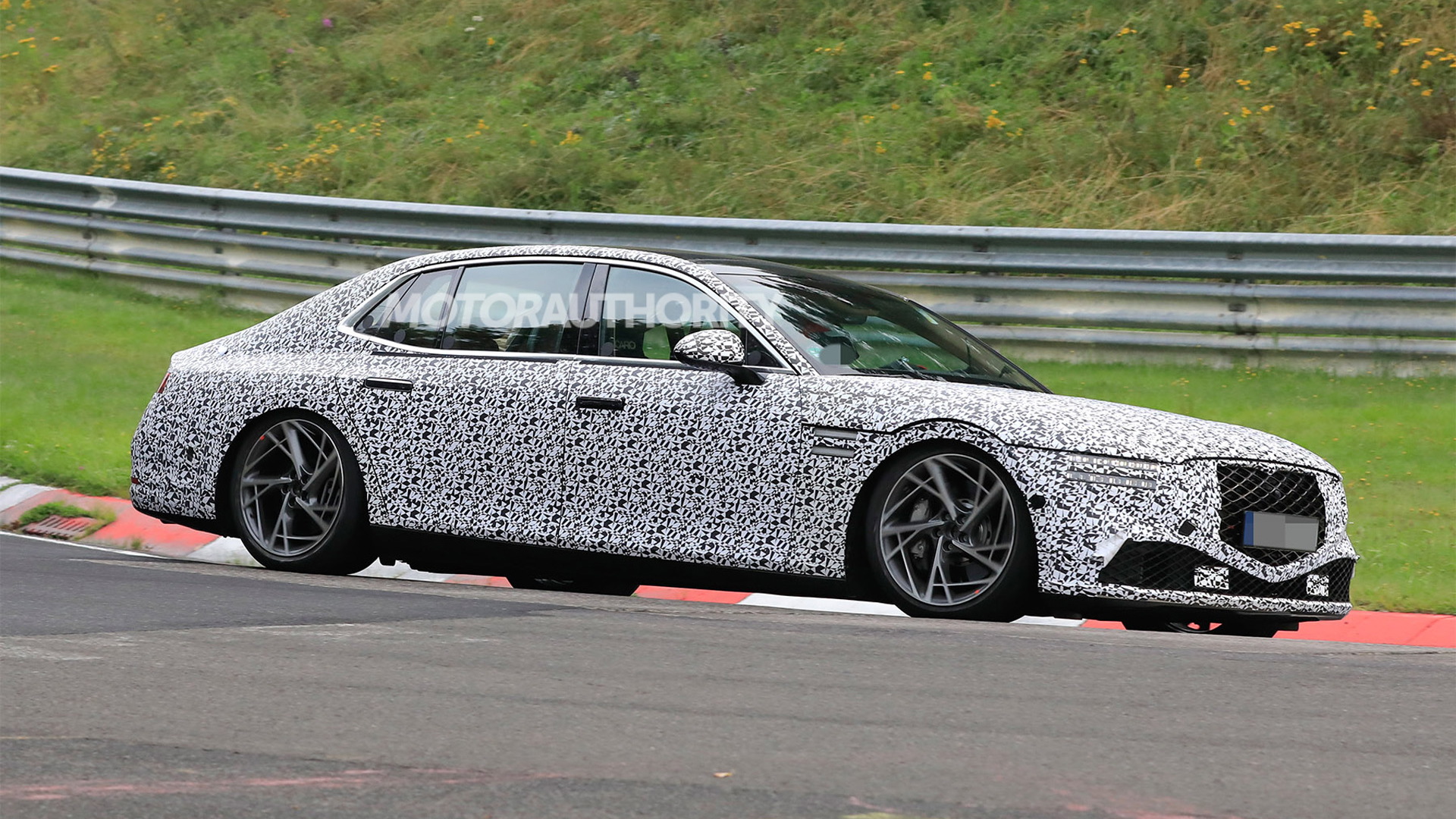 A redesigned Genesis G90 has been spotted testing.

The new flagship sedan is expected to debut late this year or early next as a 2023 model, and should bring with it a new platform and possibly a battery-electric option.

The current G90 was only updated a year ago but the handsome full-size sedan actually dates back to a model that was launched in Korea as early as 2015, so a redesign isn't that unexpected.

The prototype for the new G90 is heavily camouflaged but we can see a split headlight design and part of the Genesis brand's crest grille. The shape of the greenhouse is also clearly visible and is very different to the current G90's design, with the side split into five individual windows instead of the current model's three. A similar design is found on the Lexus LS.

The platform should be a stretched version of the Genesis-exclusive M3 architecture that debuted in the 2021 GV80 mid-size crossover and has since migrated to the mid-size G80 sedan and small GV70 crossover. The rear-wheel-drive platform supports an all-wheel-drive configuration, as well as battery-electric powertrains as seen in the new Electrified G80. From trademark filings, we know Genesis is at least considering the possibility of an electric G90.

It isn't clear if a V-8 will still be offered once the redesigned G90 arrives. You can count on a V-6 at launch, most likely the 3.5-liter twin-turbocharged V-6 good for 375 hp that Genesis fits in the GV80 and G80. A plug-in hybrid option boasting more power is also a possibility. Any pure electric version, if one is coming, likely won't be available at launch.

For the interior, the designers have likely gone with the now obligatory digital dash, where the instrument cluster and infotainment hub are formed by two screens side by side. The current standard is the high-tech design found in the redesigned 2021 Mercedes-Benz S-Class.

The current 2022 G90 starts at $74,995, including a $1,045 destination charge, but given the uptick in pricing we've seen with other recent redesigns at Genesis, a slight premium on this figure is expected with the new G90. Stay tuned.