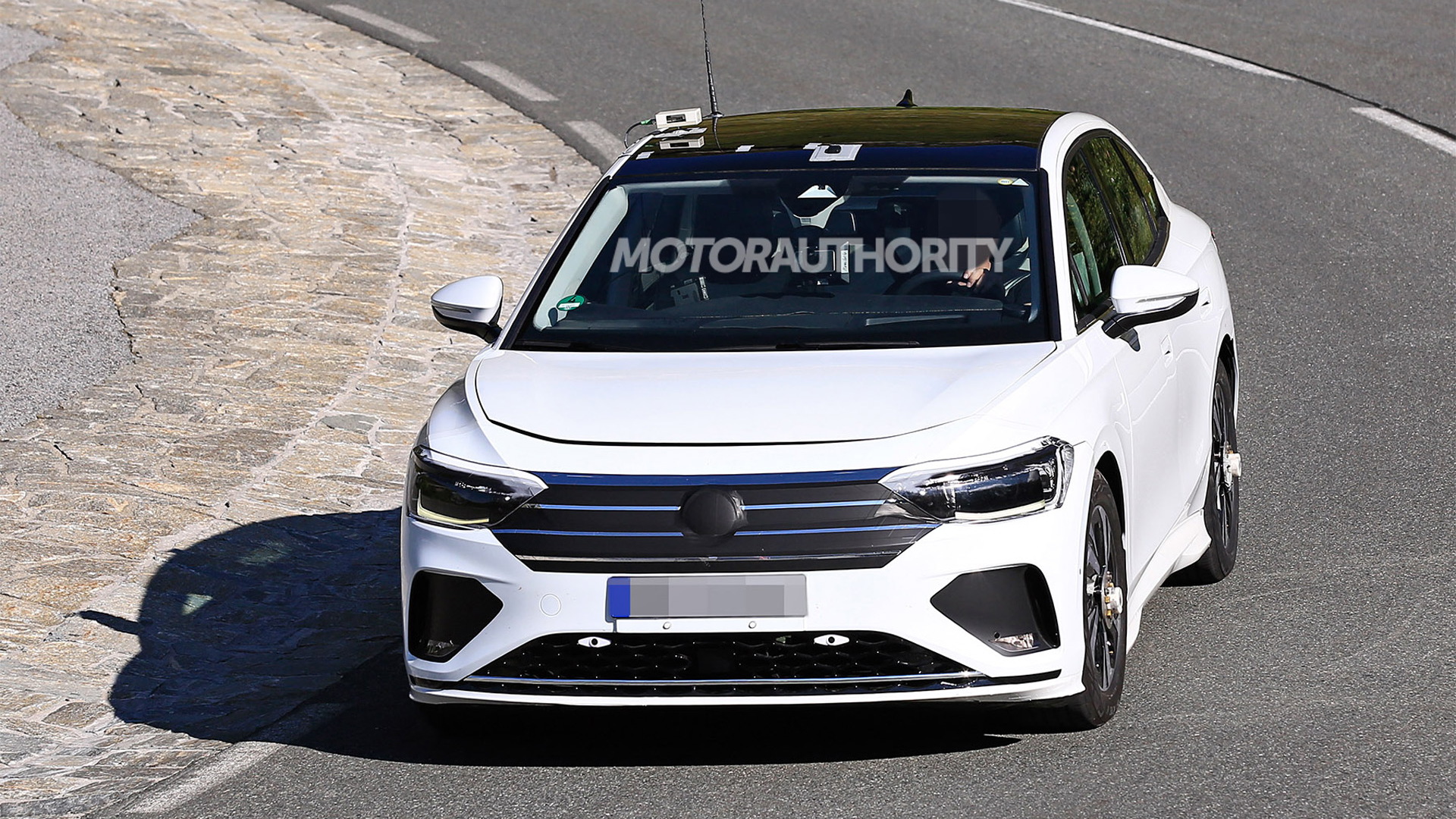 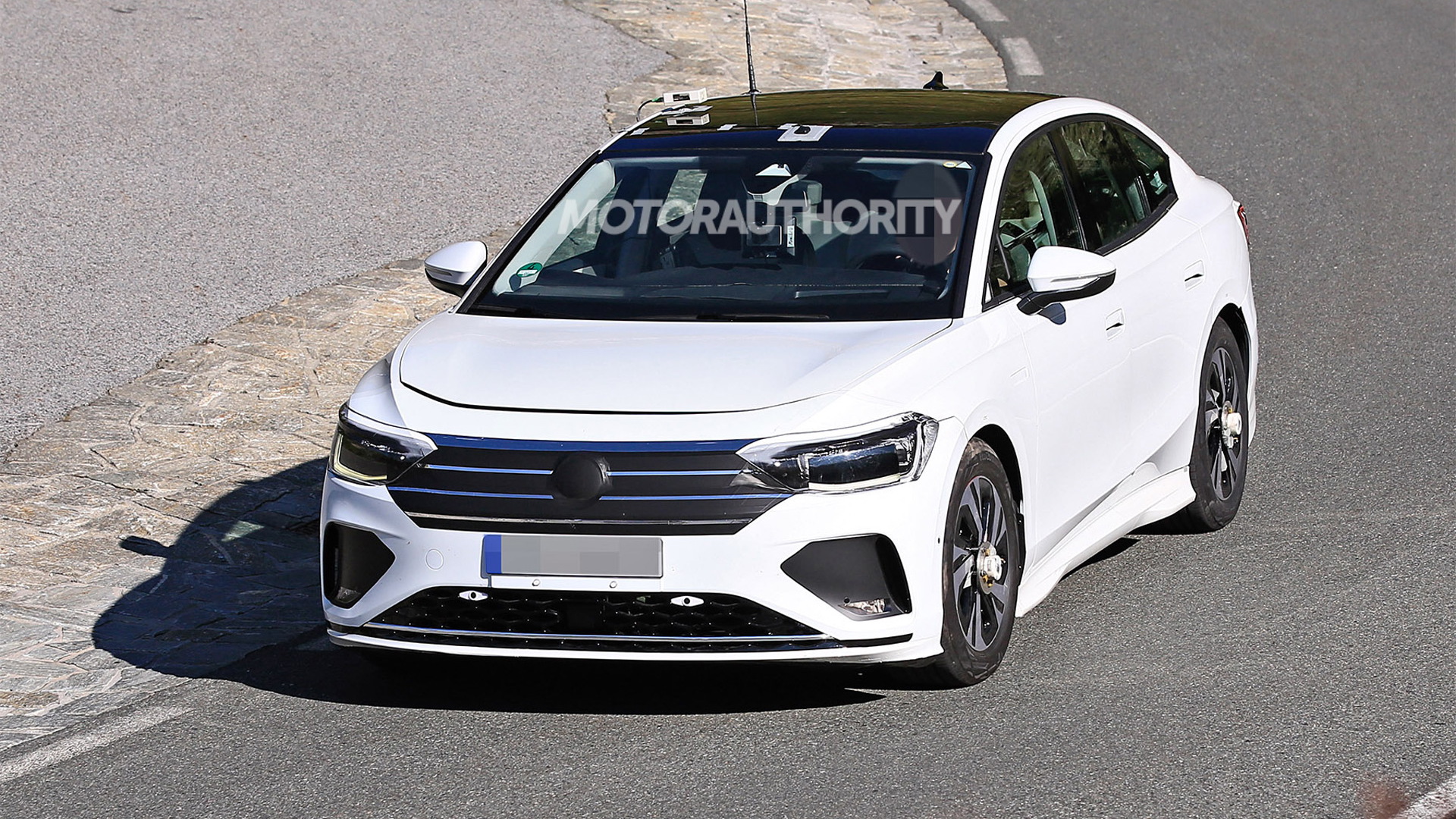 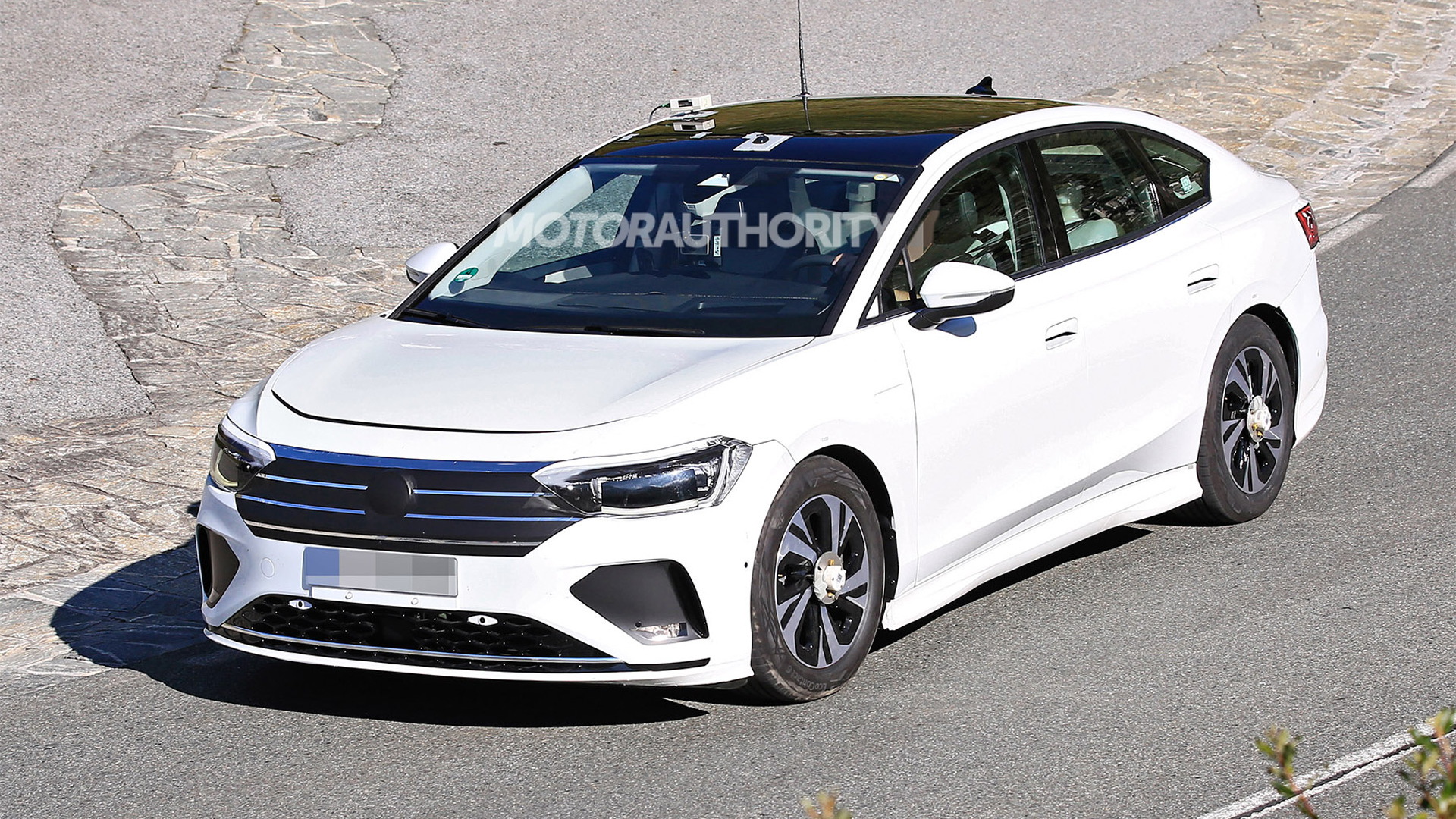 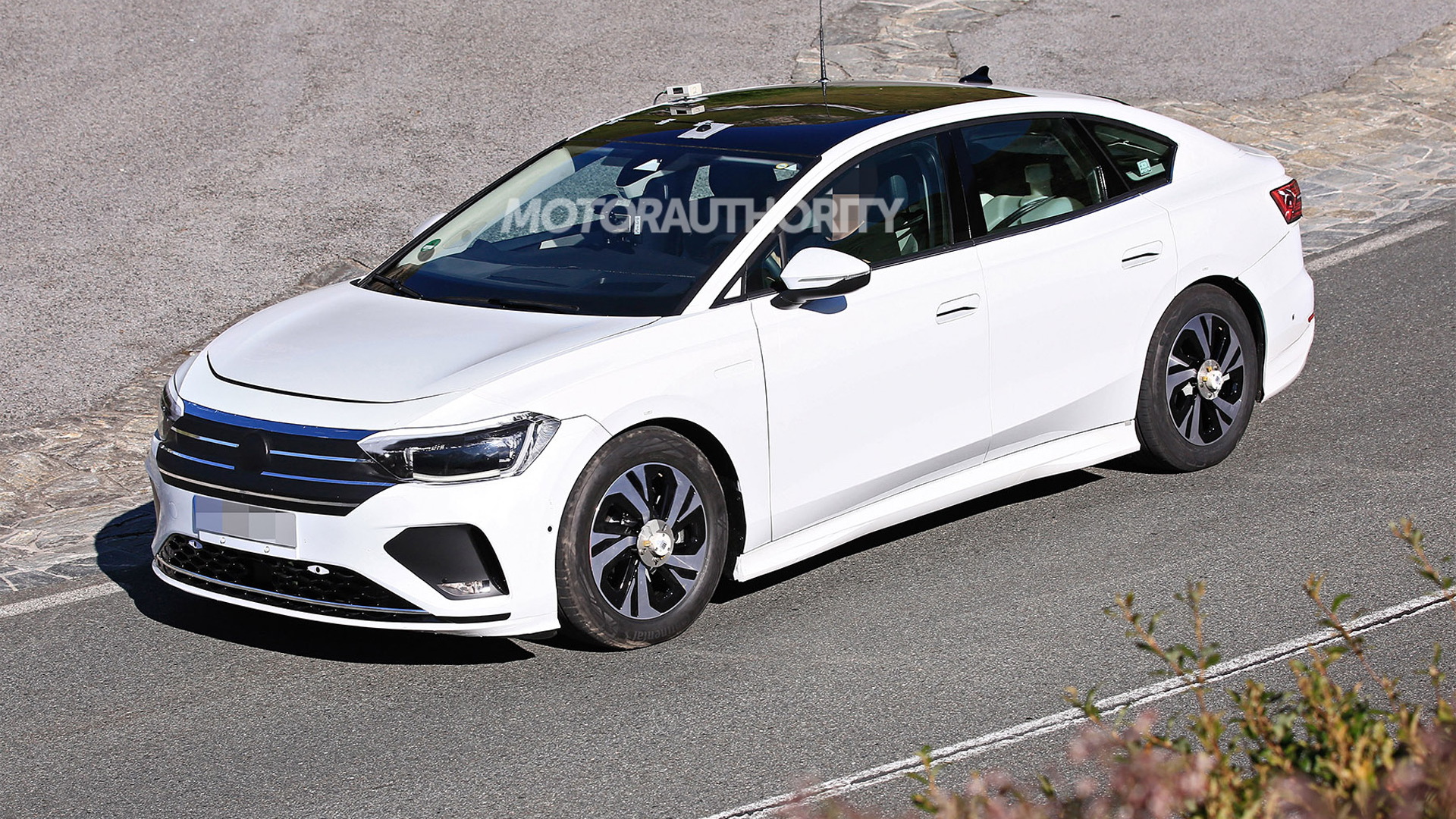 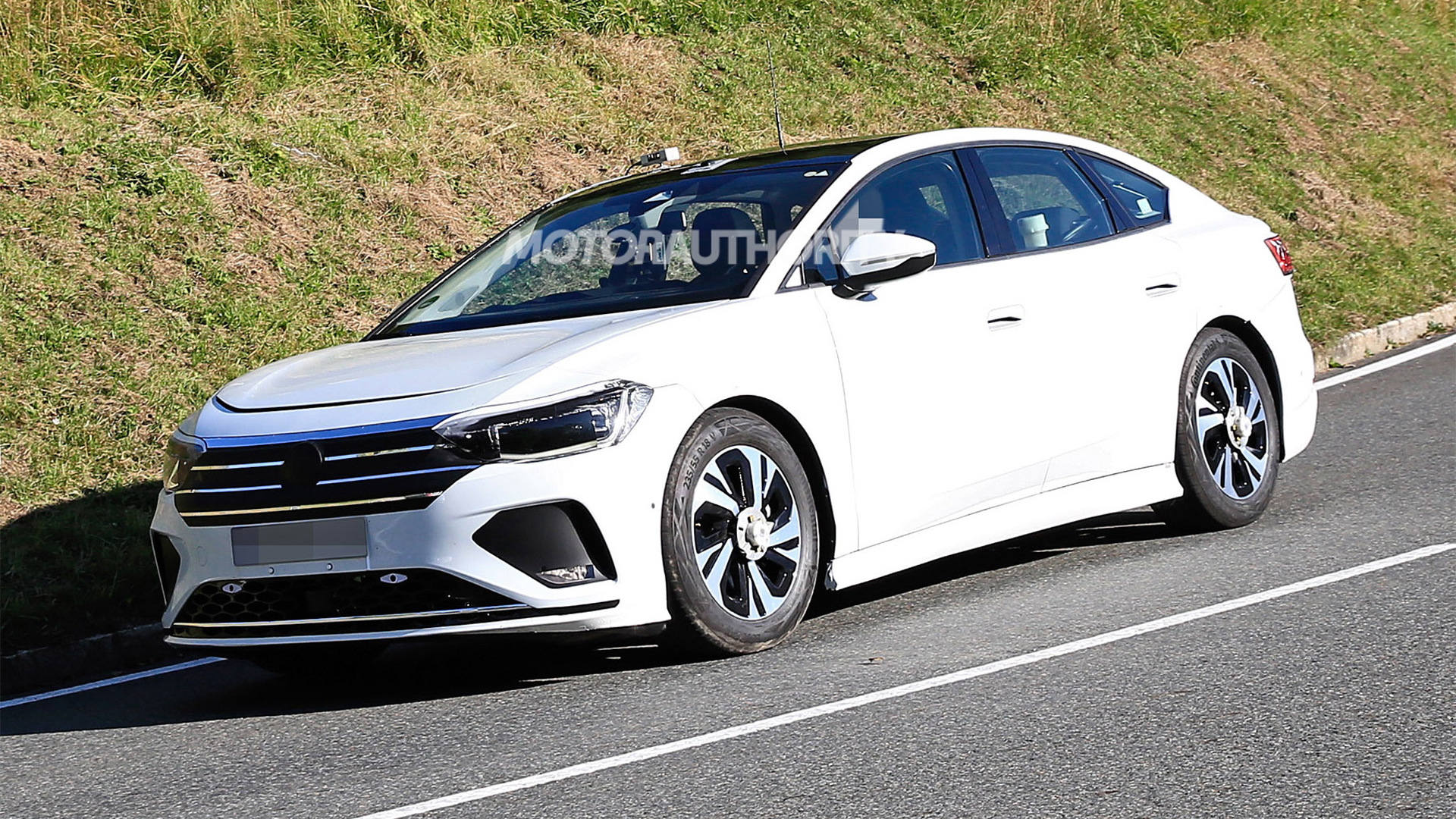 Volkswagen engineers have been spotted testing a battery-electric sedan that will likely replace the Arteon in the automaker's lineup.

The sedan is a production version of 2018's ID.Vizzion concept car, and will likely eventually spawn a wagon version inspired by 2019's ID.Space Vizzion (shown below).

The prototype is heavily camouflaged, with stickers covering the grille and lights, but the final design should resemble the look of the ID.Space Vizzion. You'll note that the exhaust tips are also stickers.

Despite Diess describing the ID.6 as Passat-like, VW will still offer a Passat with internal-combustion power in some markets, though likely not in the U.S. This new Passat will be based on an updated version of VW Group's MQB platform underpinning the current global Passat that we miss out on here.

The ID.6 will ride on VW's MEB platform for mainstream EVs. As a guide for range-topping performance, the ID.Vizzion concepts, which also used the MEB platform, featured 82-kilowatt-hour batteries that VW said gave them approximately 300 miles of range as measured by the EPA. In a nod to enthusiasts, the concepts also sent their 275 hp to the rear wheels only. VW has also hinted that a dual-motor, all-wheel-drive setup could produce 355 hp.

VW Group last November said it plans to build a four-door VW EV code-named the Aero at its plant in Emden, Germany, starting in 2023. The plant currently builds the ID.4, as well as the global Passat and related Arteon. In its announcement, VW Group said production of the Passat will be moved to a plant in Bratislava, Slovakia, in 2023. As there was no mention of the fate of the Arteon, it's likely the ID.6 is the so-called Aero model due to be built in Emden.

With production of the ID.6 expected to start in 2023, we'll likely see it arrive as a 2024 model. That's the same year that VW will start selling its modern Microbus based on 2017's ID.Buzz concept here in the U.S. Elsewhere the modern Microbus will start sales next year.