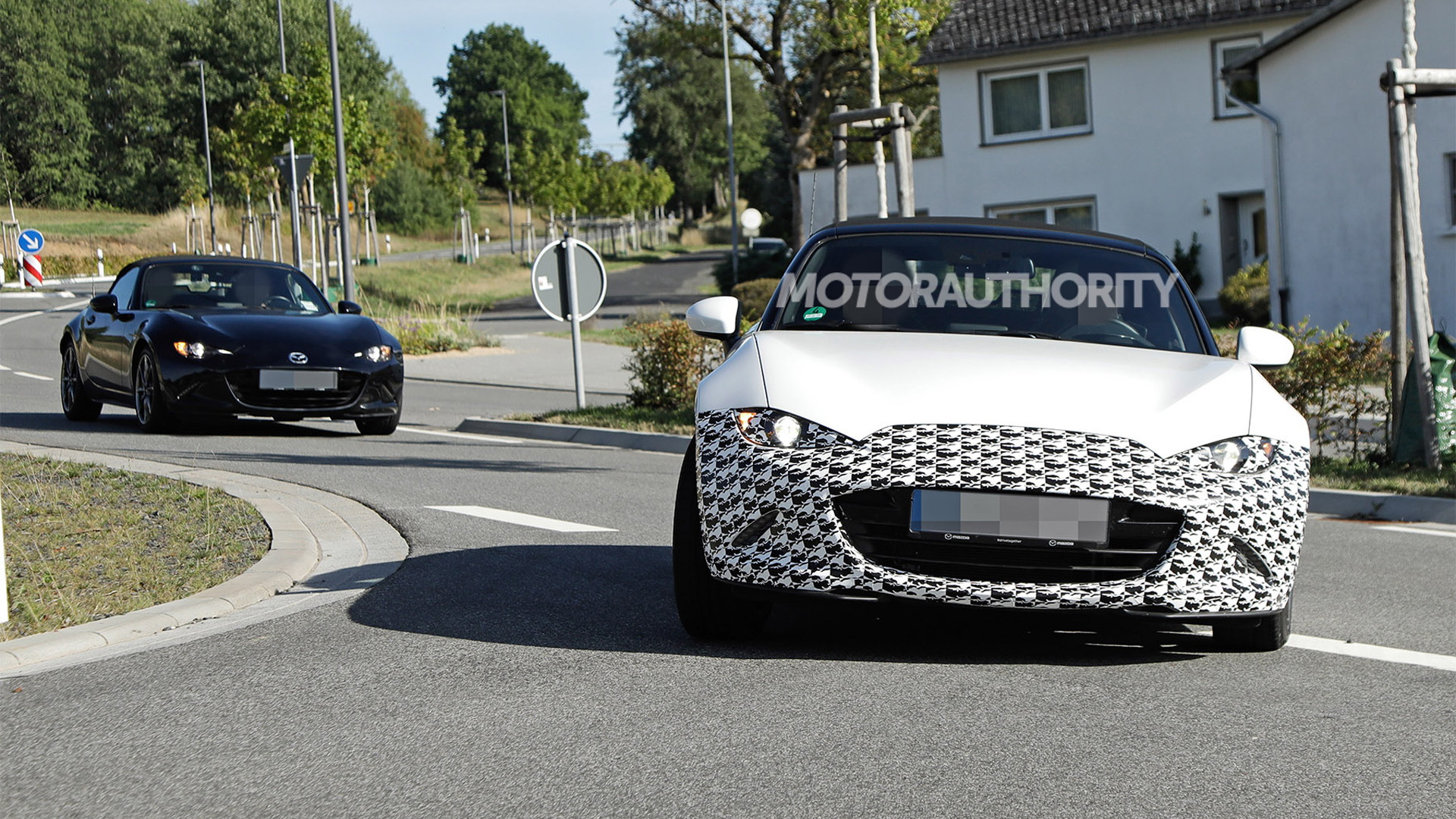 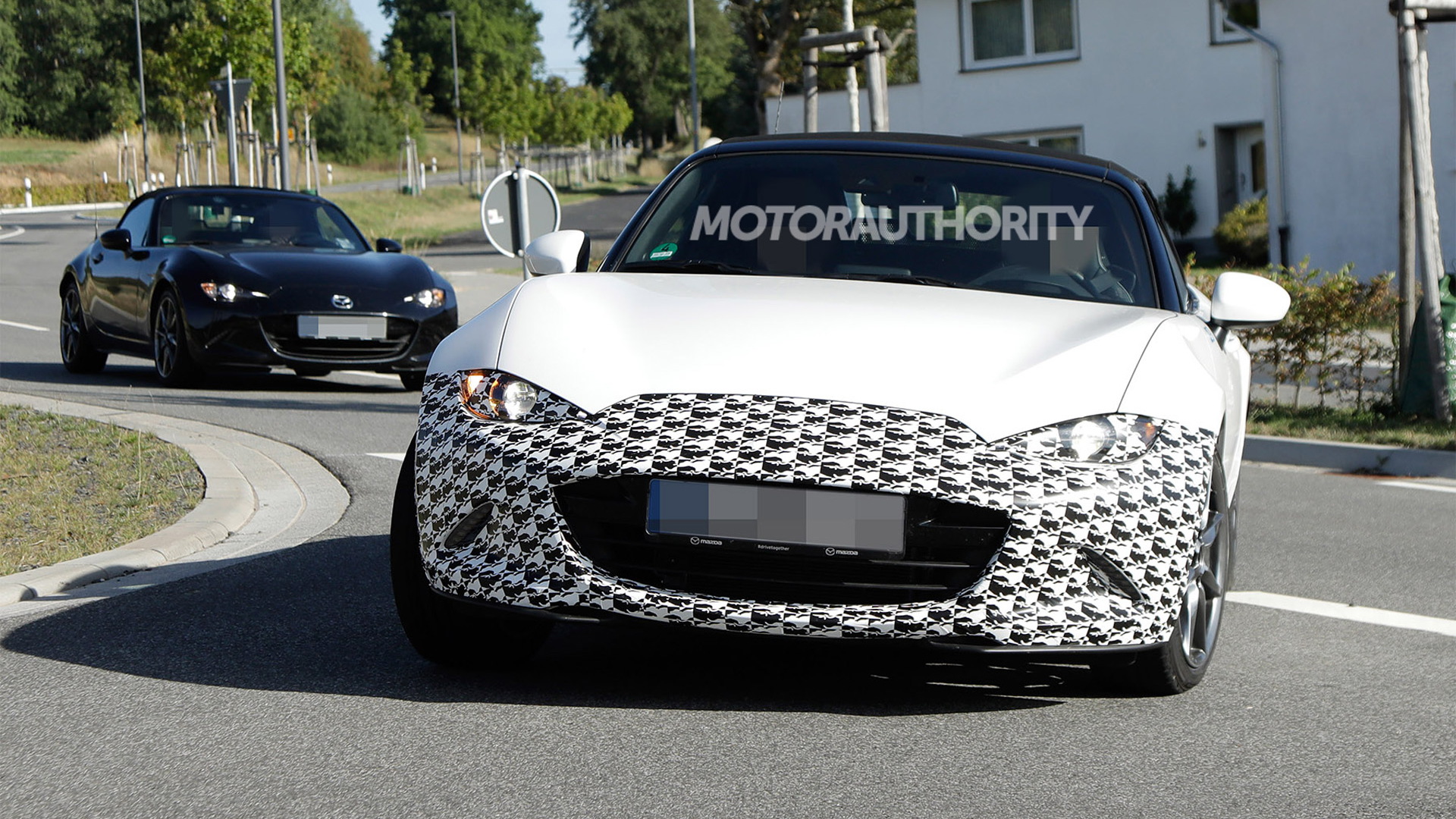 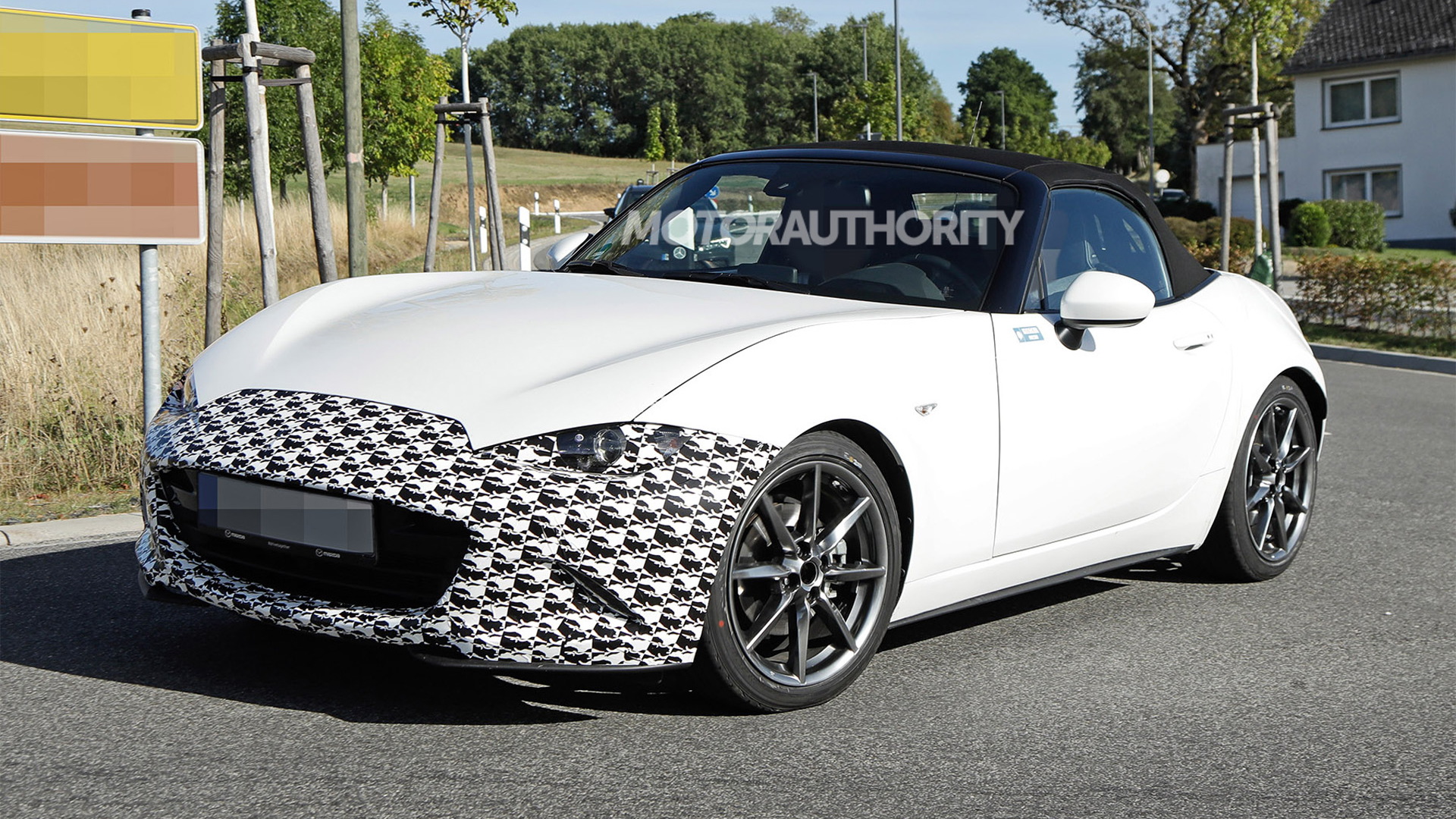 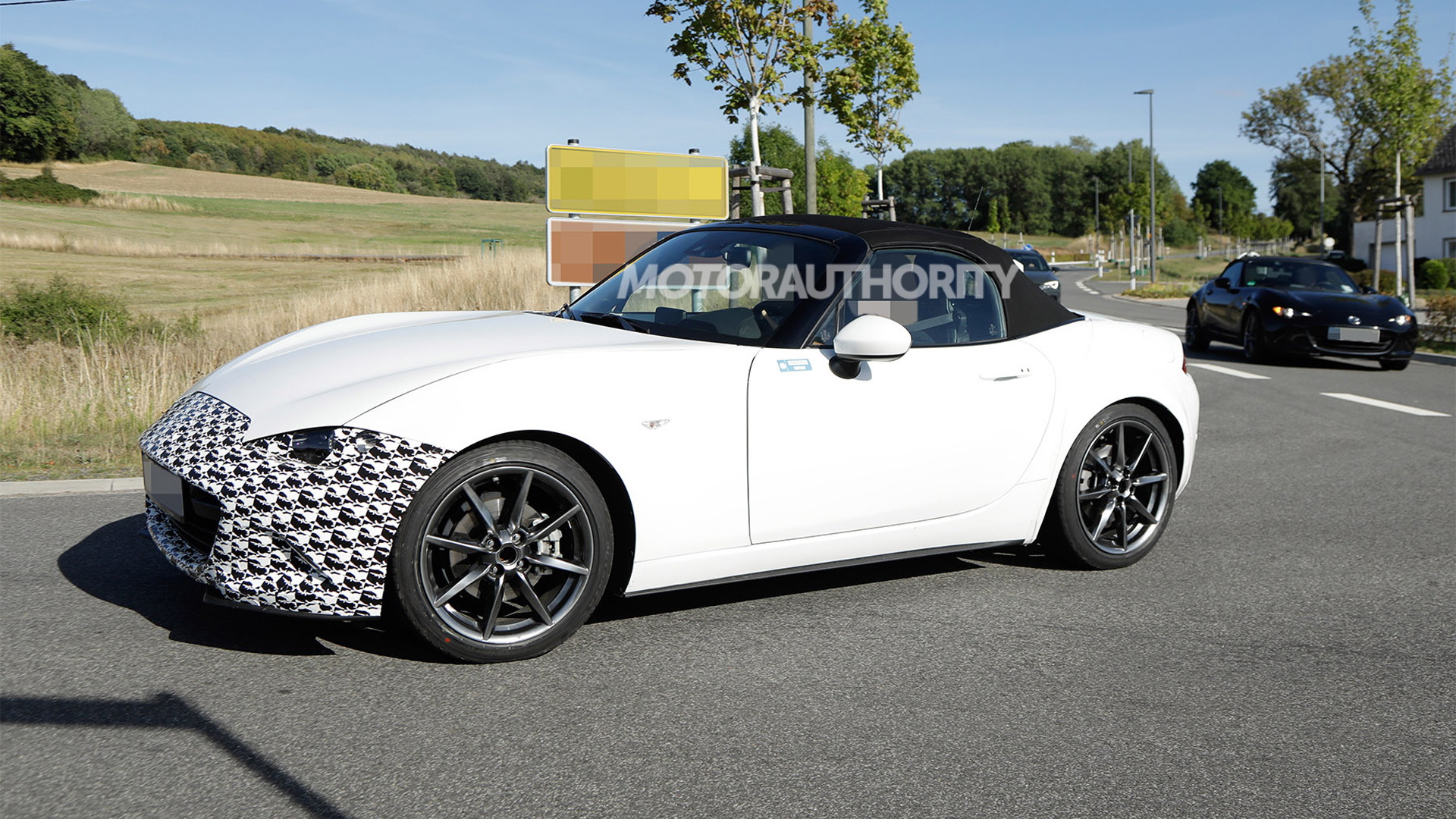 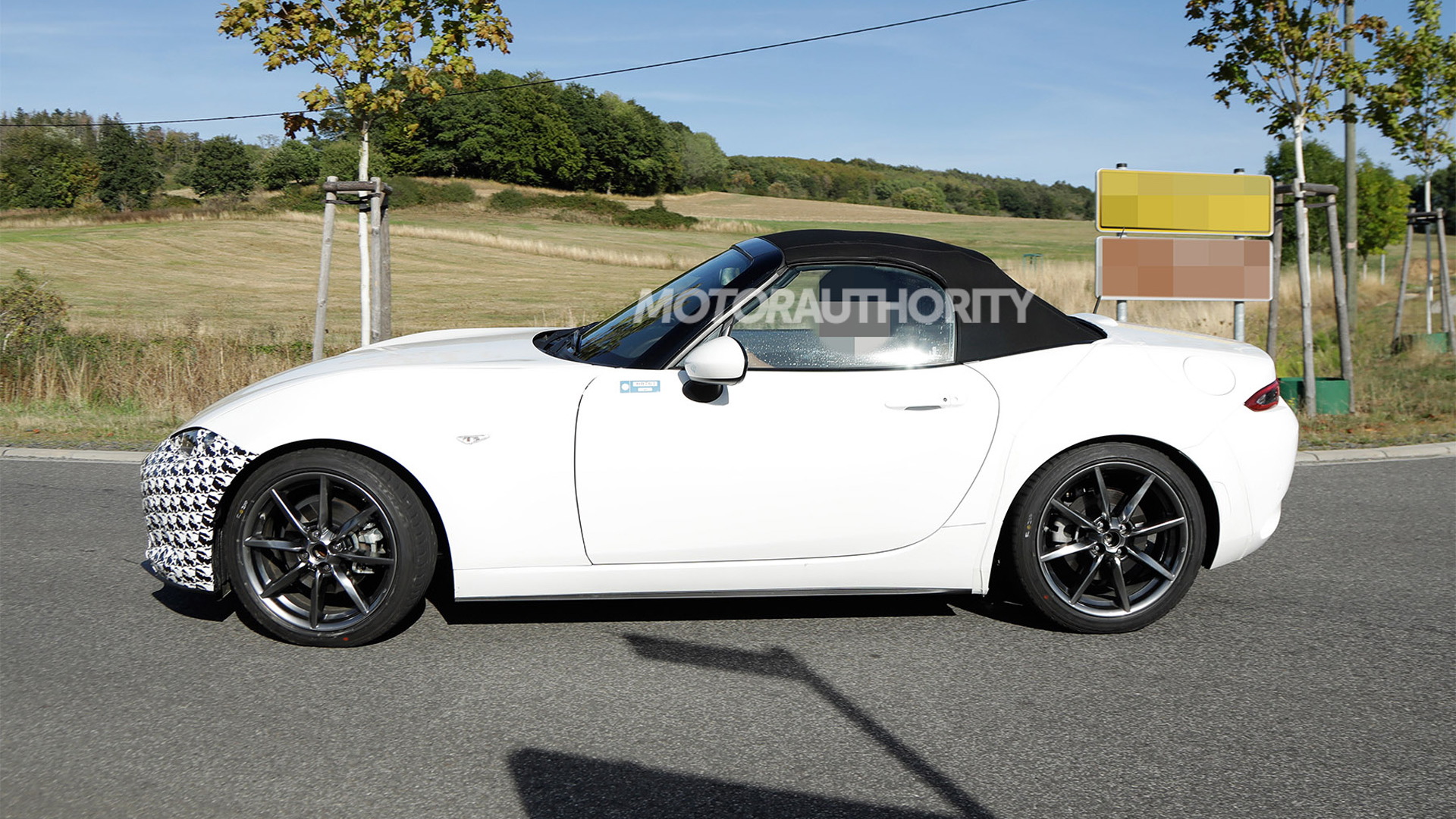 Engineers from Mazda have been spotted testing what's likely to be an early test mule for a redesigned MX-5 Miata.

A test mule is a vehicle that hides new mechanicals within a makeshift body during the early stage of testing. In this case, the engineers are using a modified body from the current Miata.

Clues that give away the identity of the vehicle include the subtle fender extensions at the rear, which point to a widened track compared to the current car. There's also the camouflage gear up front, which may hide new intakes, though nothing is visible at this point. We'll know more once engineers start testing the first prototypes sporting the car's actual body, likely around six months from now.

The current Miata, the ND generation, arrived in 2015 as a 2016 model. The redesigned version, likely to be classified an NE, should appear late next year, although we could see the reveal pushed into 2024. This means it will likely arrive as a 2024 or 2025 model.

Underpinning the car should be an updated version of the current Miata's platform. Although Mazda has a new rear-wheel-drive platform on its hands, known as the Skyactiv Multi-Solution Scalable Architecture, the automaker has said the platform will be reserved for larger vehicles. Its first application was the CX-60 crossover launched earlier this year outside the U.S.

Mazda hasn't said much about the next Miata, although the automaker has confirmed some form of electrification. The news shouldn't come as a surprise as Mazda last year said it aims to have a fully electrified lineup by 2030.

The good news is that Mazda, while confirming electrification for the Miata, said it will strive to keep the car light and affordable. This points to the redesigned car likely featuring a simple mild-hybrid setup, as opposed to something like plug-in hybrid technology that Mazda will add to its crossover lineup. A mild-hybrid system is essentially a starter motor that can act as a generator to recover energy under braking or coasting, with the energy stored in a small battery to be used to power ancillary features and sometimes to aid the engine during high-load situations.

The rest of the drivetrain setup should include a low-emission 4-cylinder engine, rear-wheel drive, and the choice of manual or automatic transmissions, just like the current car.