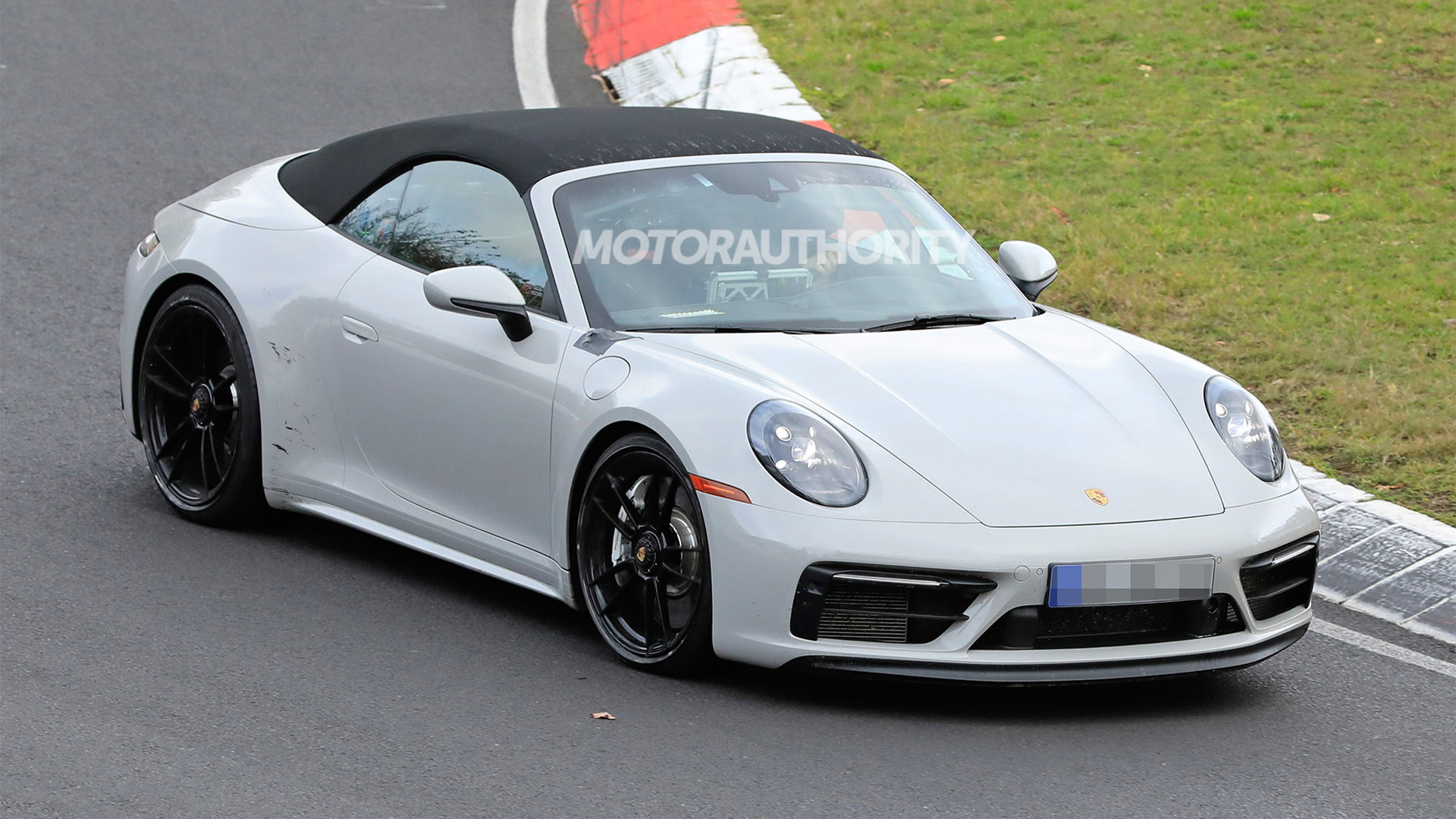 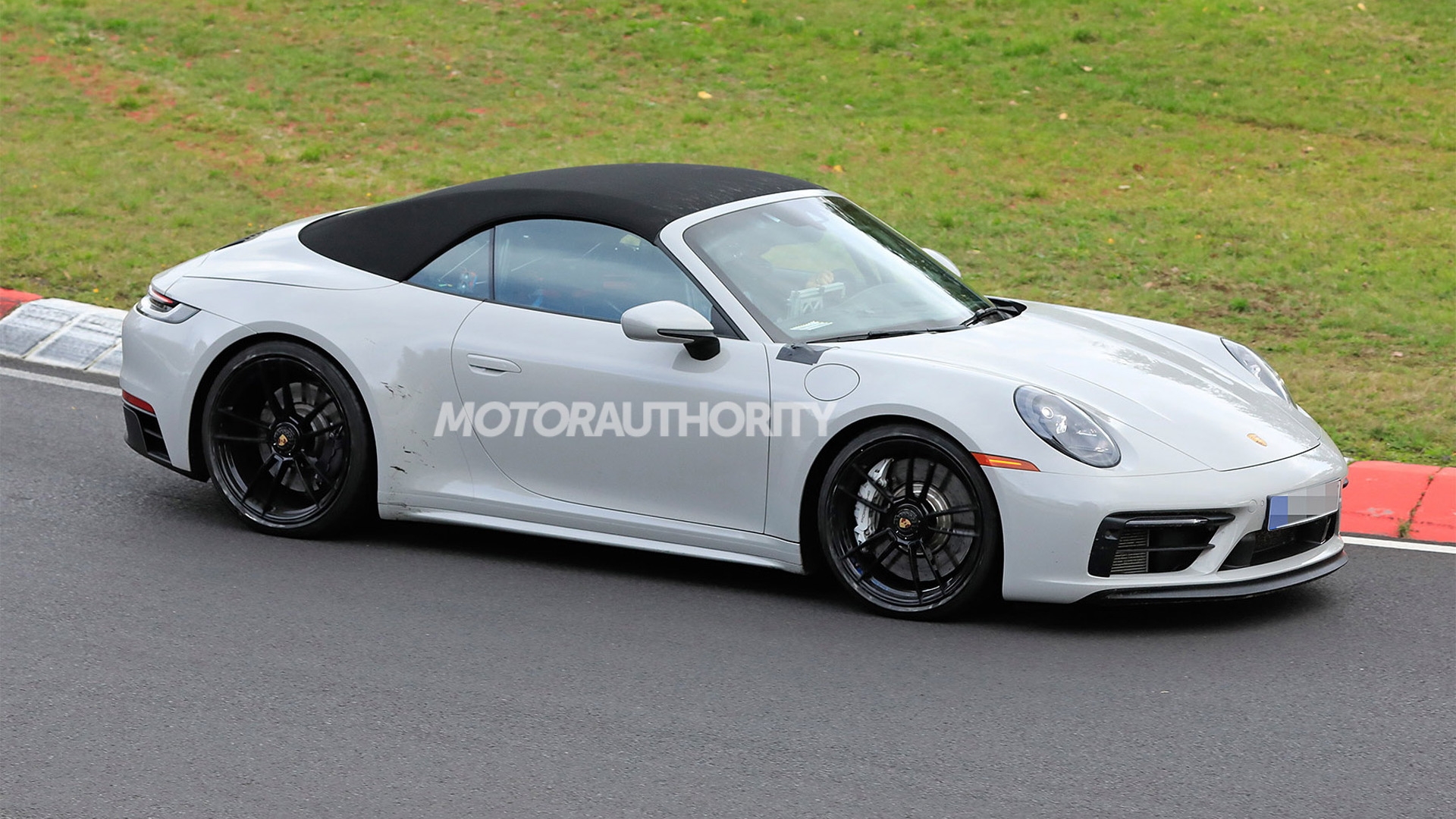 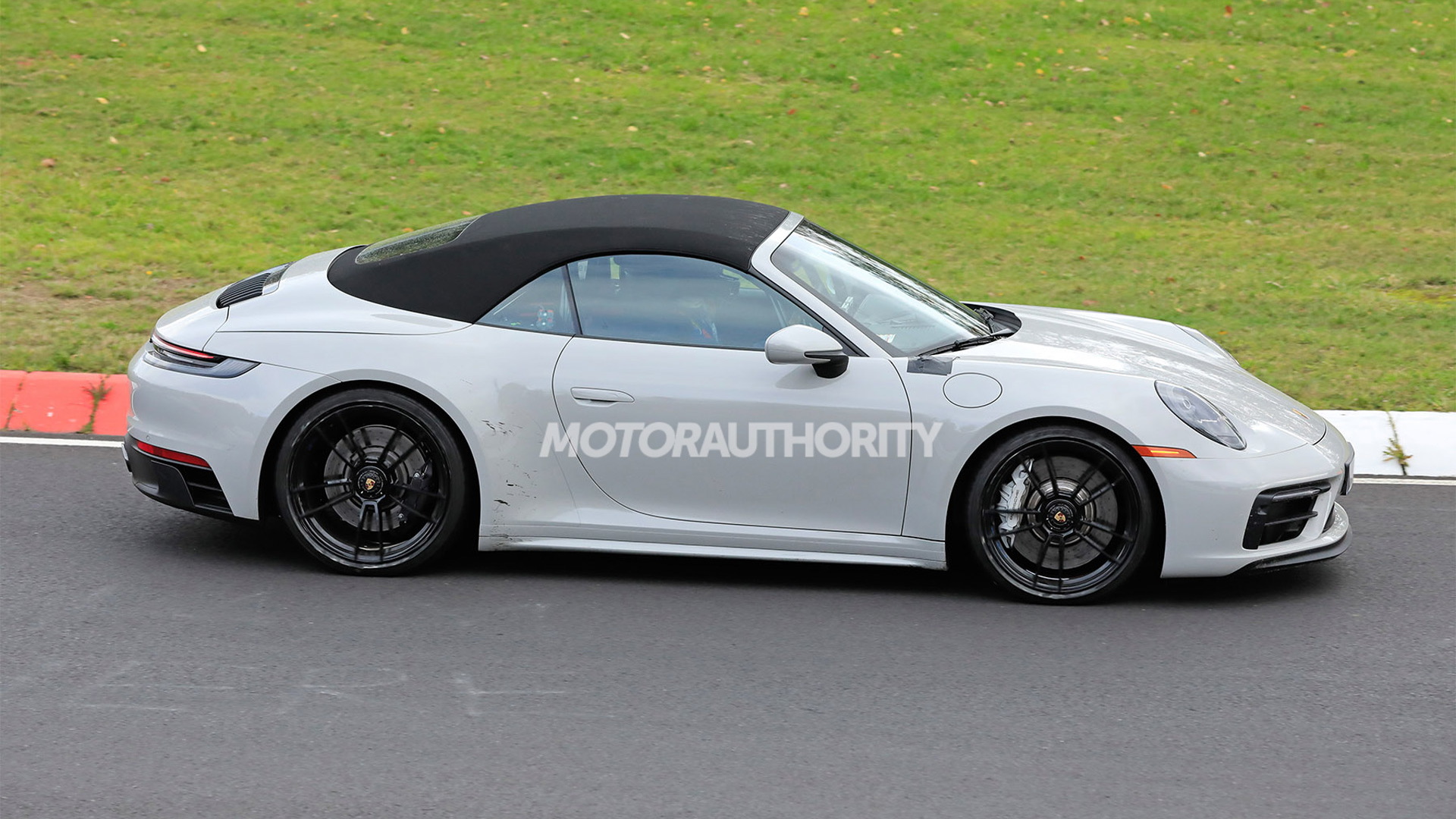 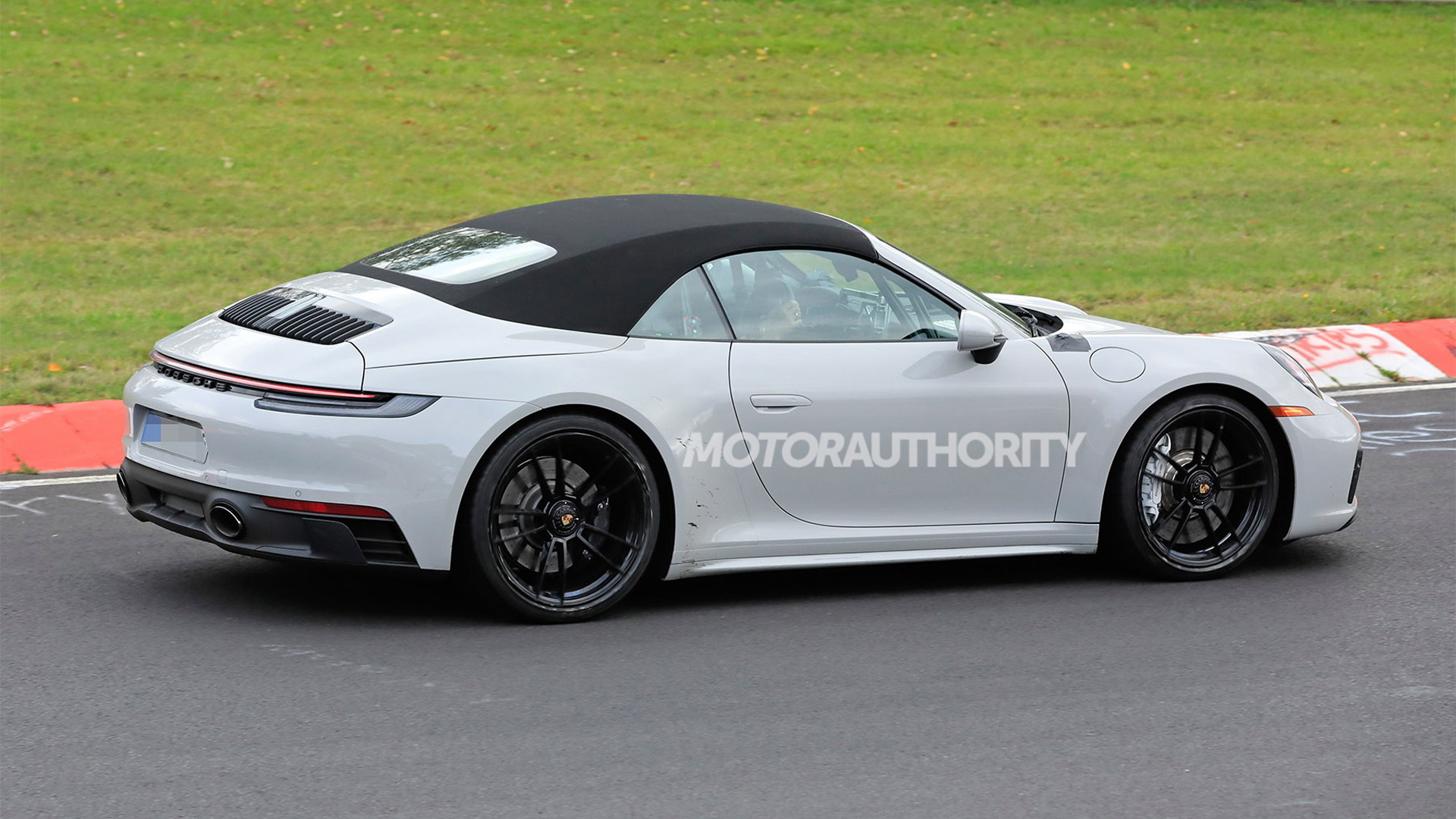 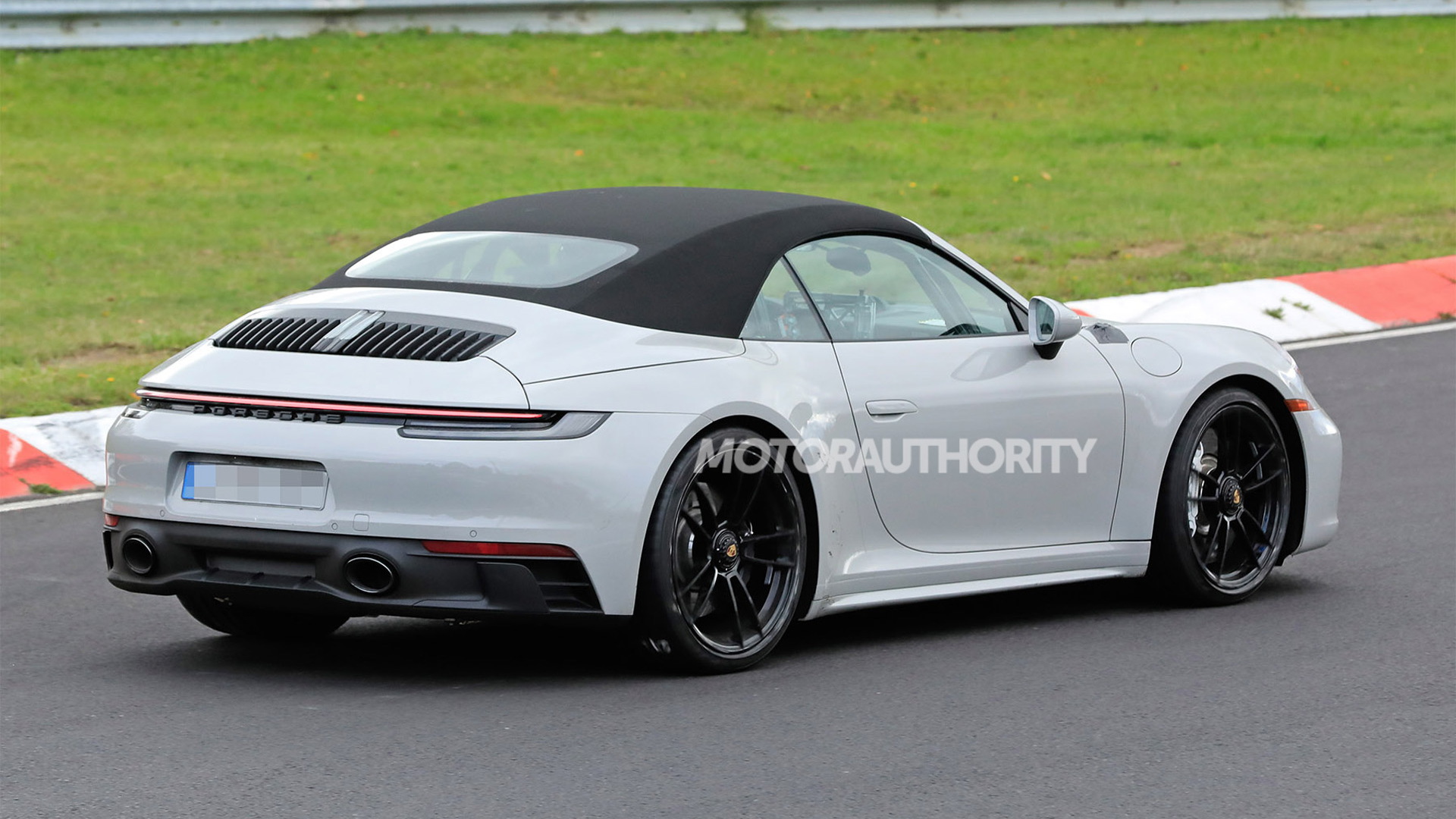 Porsche has been spotted testing what's likely to be a prototype for the next 911 Carrera GTS Cabriolet.

The prototype may look like the 992-generation 911's standard Carrera Cabriolet but the center-lock wheels and enlarged brake rotors confirm this as a more hardcore model.

Porsche's Carrera GTS is aimed at buyers seeking something sportier than the regular Carrera and Carrera S but aren’t quite ready to hop into the hardcore GT3 or Turbo.

The outgoing model has 450 horsepower and will reach 60 mph in around 3.5 seconds. The new model will likely benefit from a slight uptick in power and the new 8-speed dual-clutch transmission that debuted in the 992-generation 911. 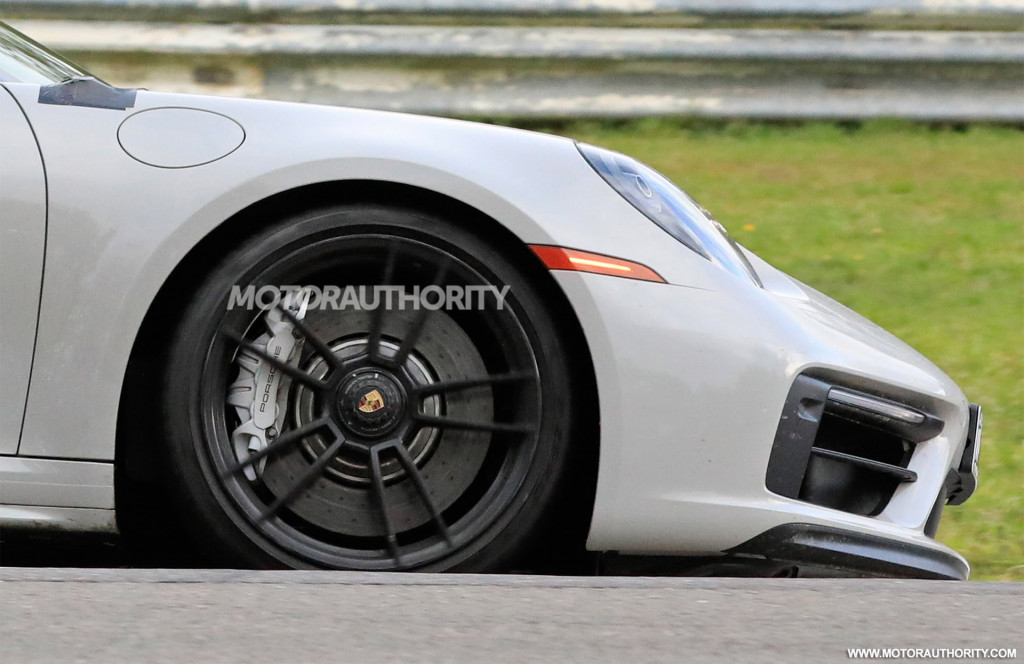 Once again, there will likely be multiple models available for Carrera GTS buyers. In addition to a coupe and this convertible, there should also be a Carrera 4 GTS and Targa 4 GTS.

The Carrera GTS coupe and convertible should arrive later this year as 2021 models, with the other Carrera GTS models likely to follow a year later. Also in the works is the new GT3 and GT3 Touring.