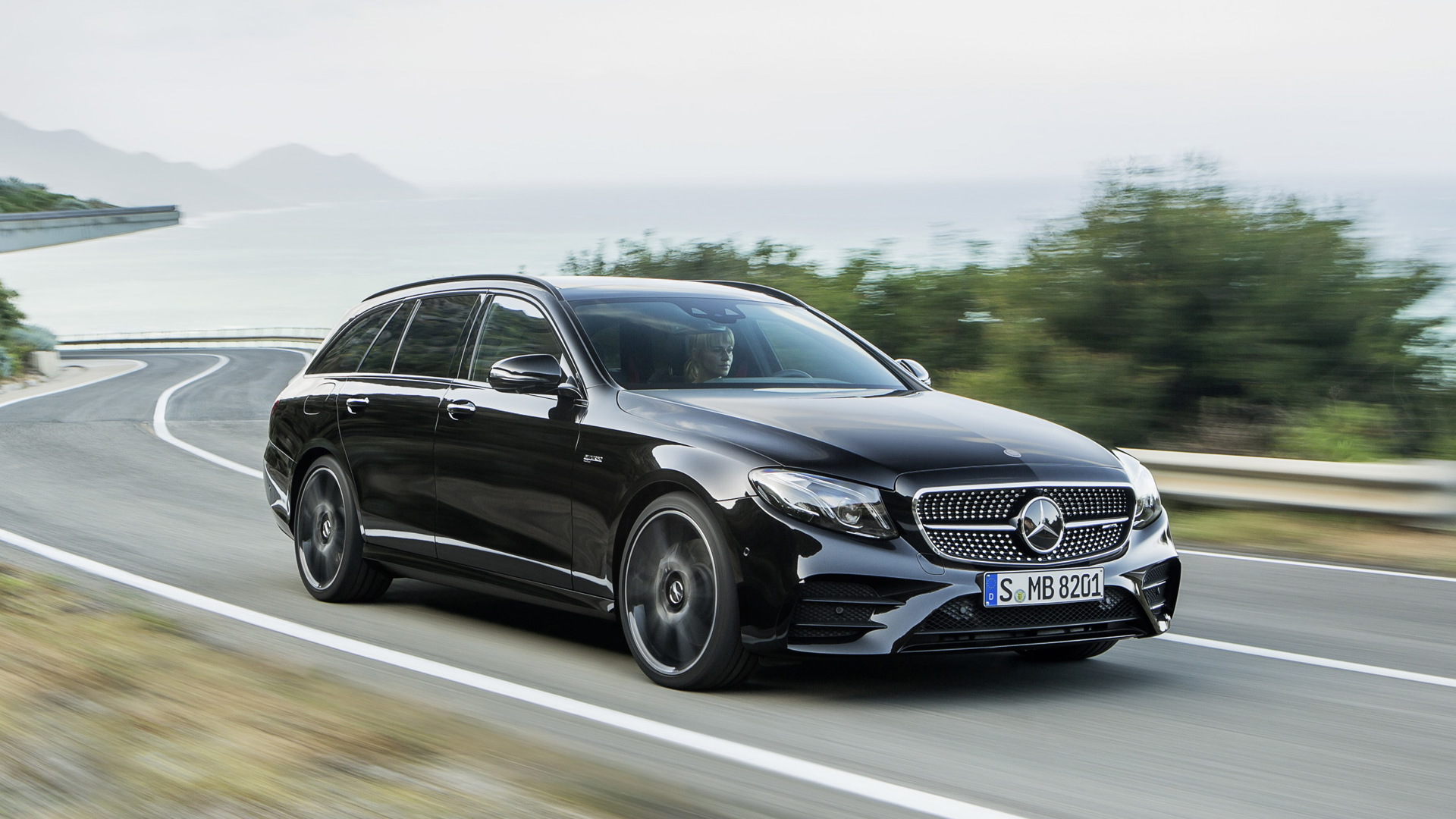 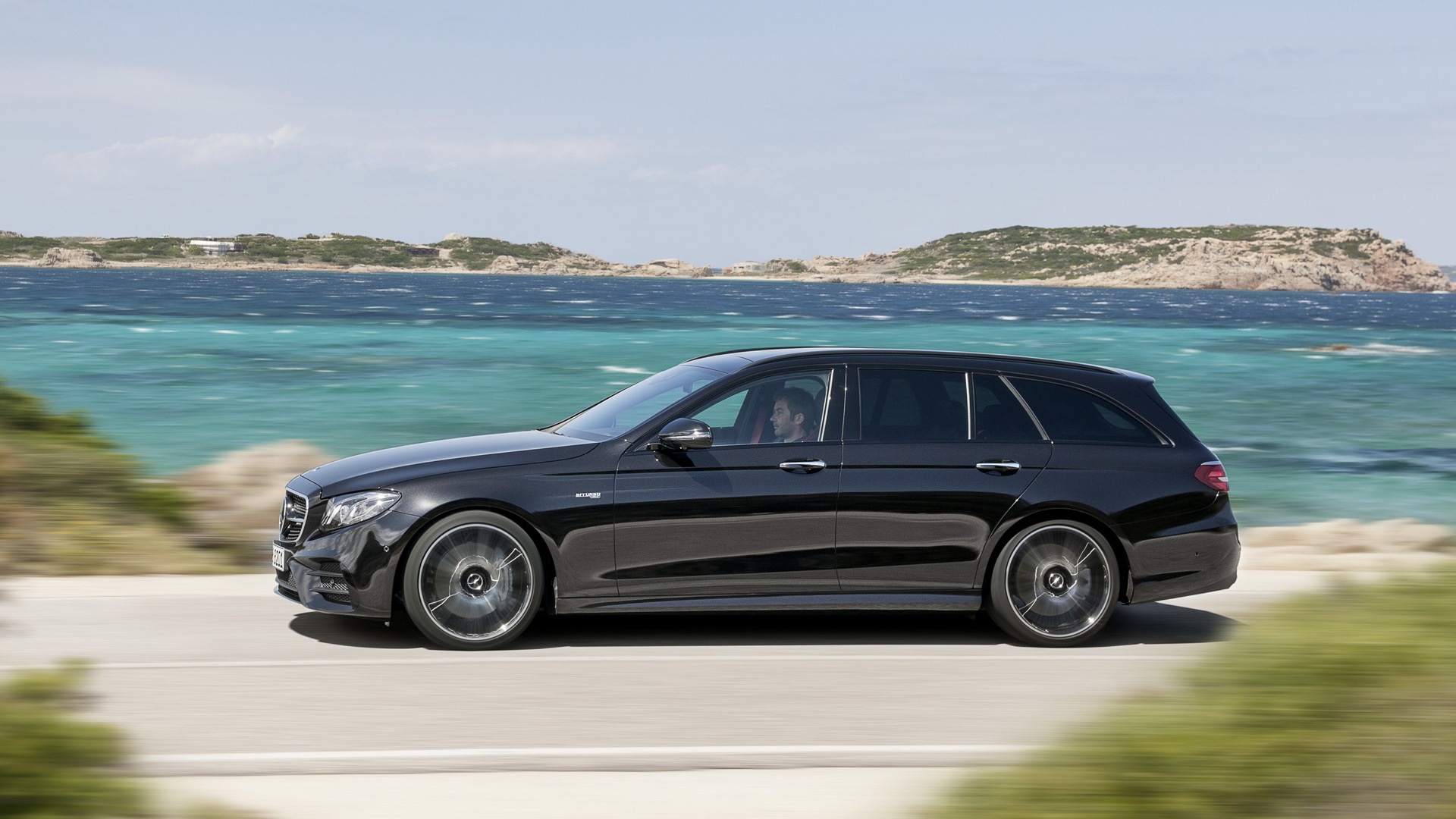 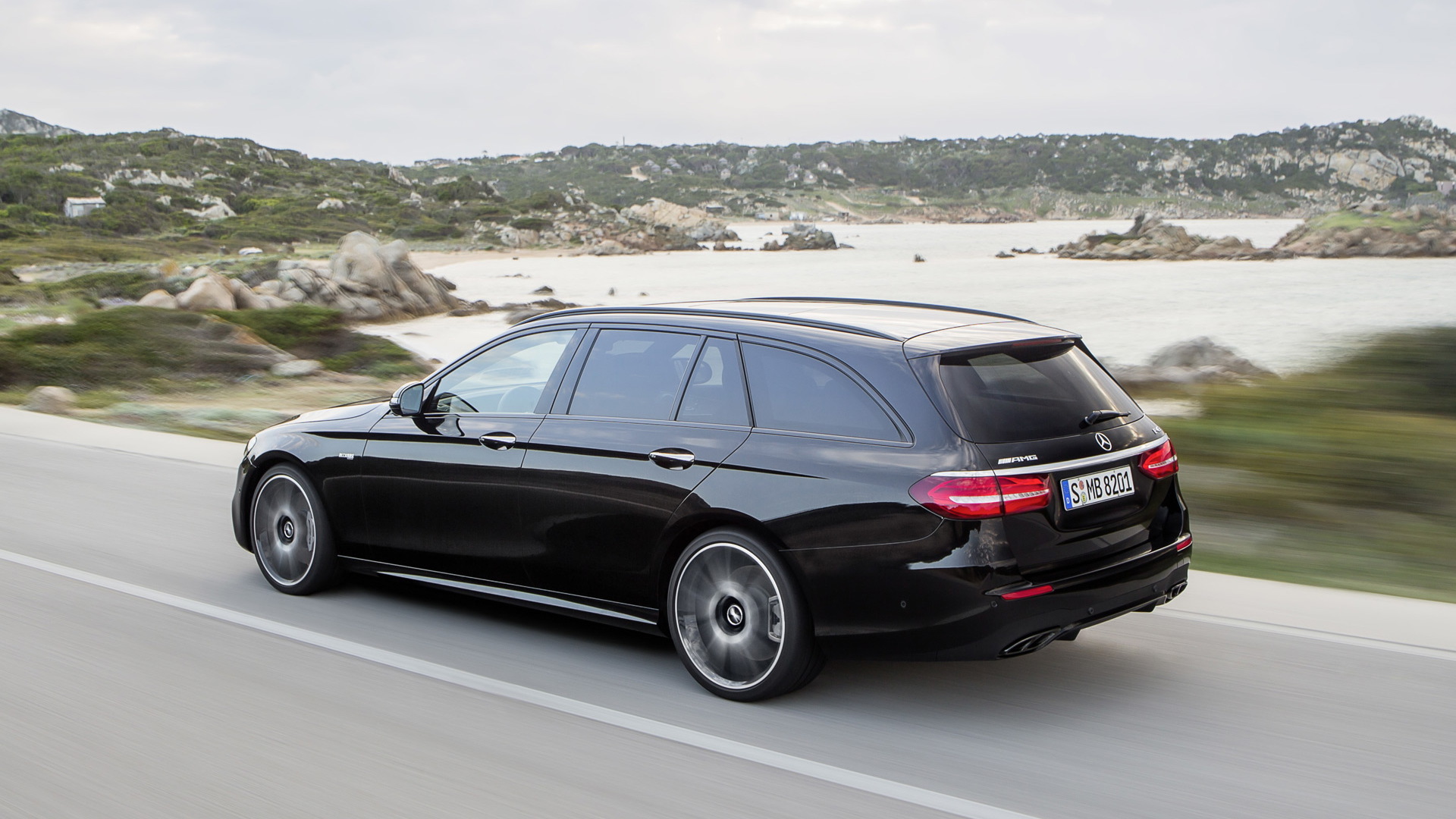 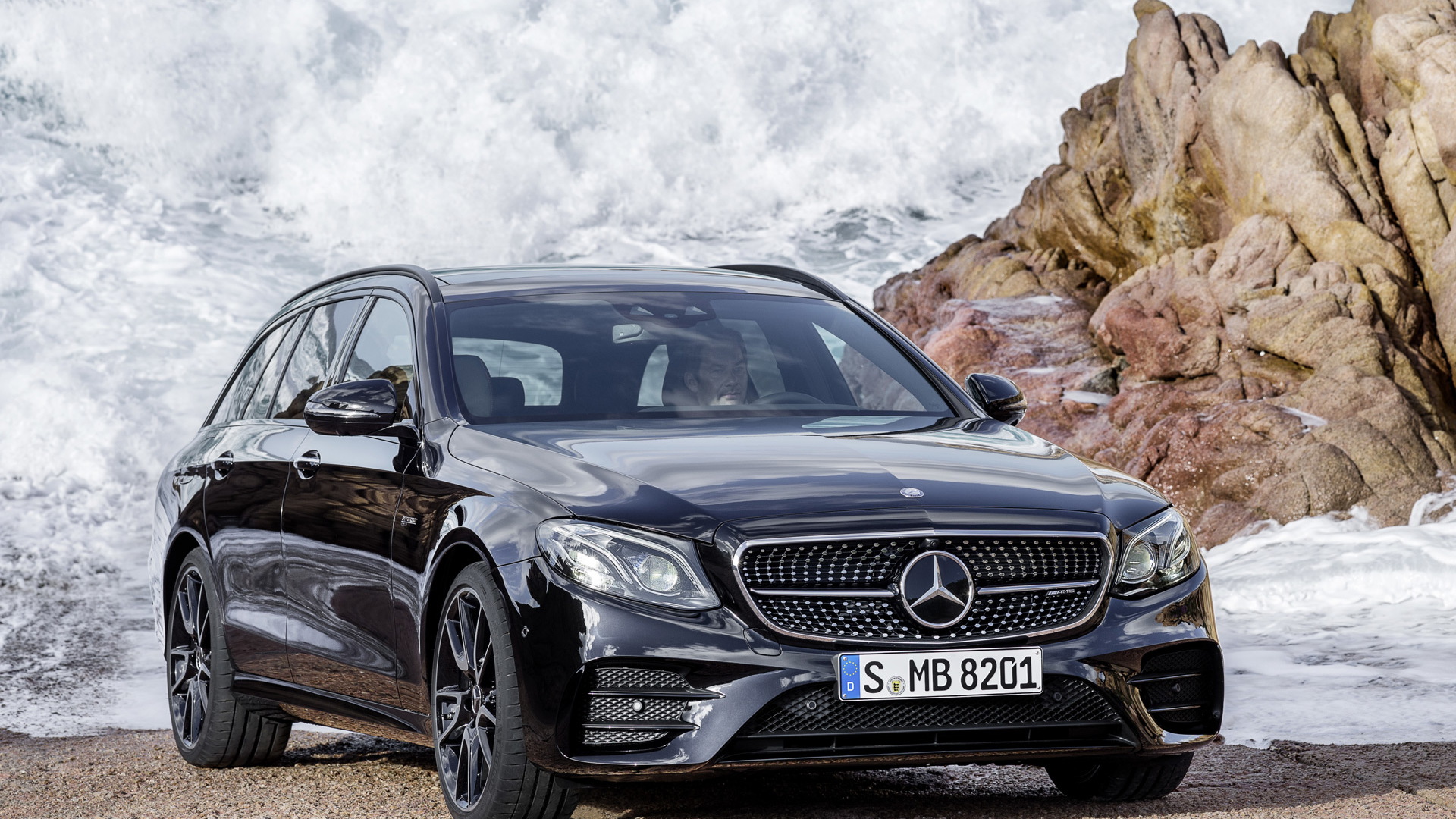 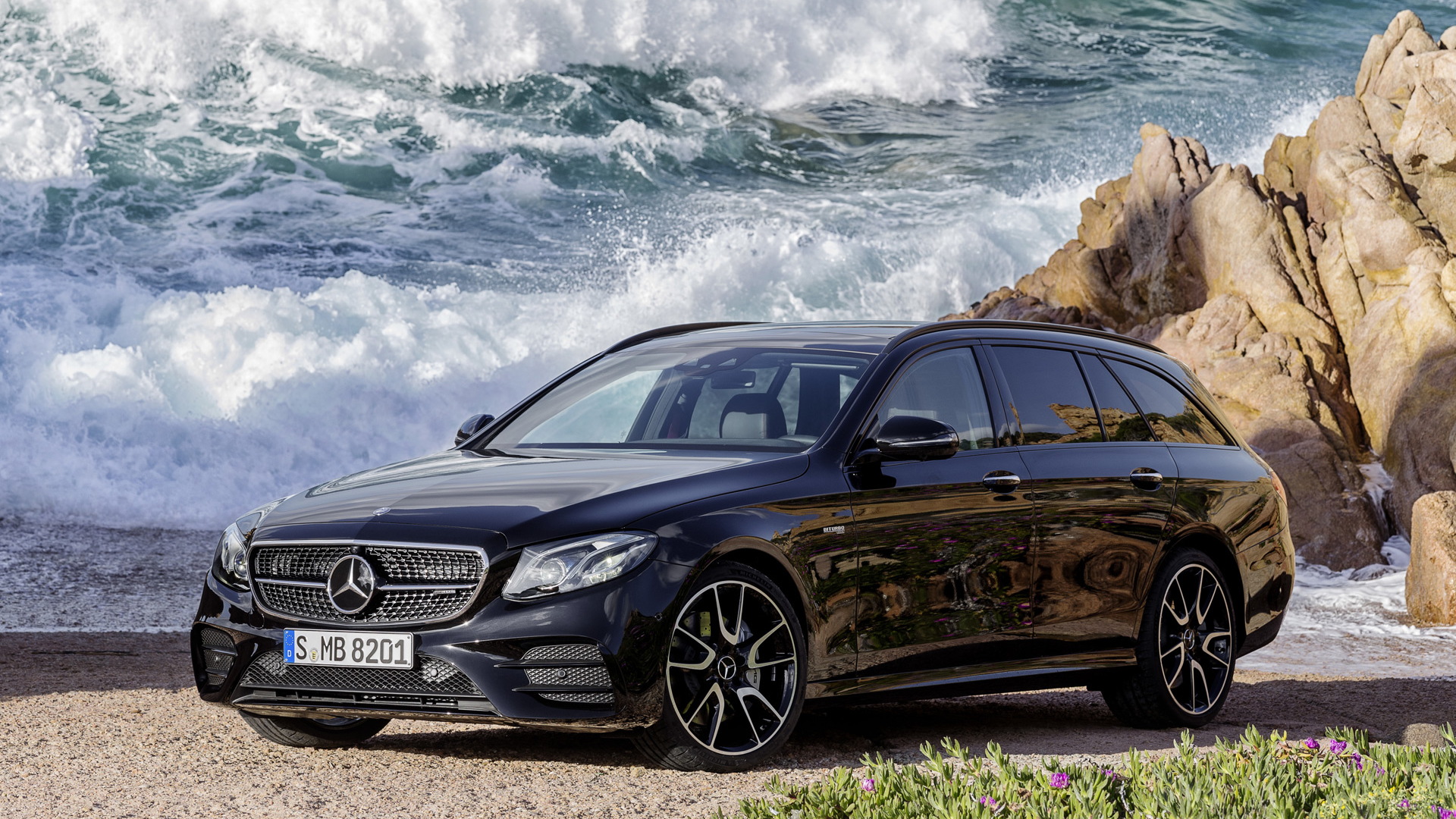 Mercedes-Benz on Monday took the covers off its new E-Class Wagon.

It goes on sale early next year but one particular version, the Mercedes-AMG E43 Wagon, isn’t coming our way.

The E43 is one of Mercedes-AMG’s new “43” series cars designed to fill the gap between the top Mercedes models and the tuner’s own dedicated performance offerings. In the case of the E43, you get a 396-horsepower twin-turbocharged 3.0-liter V-6 under the hood and a rear-biased 4Matic all-wheel-drive system.

Fortunately, we’re still getting the regular E-Class Wagon as well as the yet-to-be revealed E63 Wagon, but the absence of the E43 Wagon (we do get the sedan) got us thinking about all the awesome longroofs that aren’t sold in the United States.

Despite being more practical than sedans and having better driving qualities than SUVs, at least around town where most SUVs reside anyway, wagons have fallen out of favor in these parts. We get it. Wagons aren’t sexy. Driving one usually implies you aren’t young, you aren’t single and you aren’t particularly adventurous. Of course we’re generalizing here but you get the picture.

Nevertheless, we love wagons and we want to see more of them here. That’s why we’ve compiled a list of some of the best wagons the rest of the world enjoys and we desperately want. Hopefully it will persuade a few more people to head to their dealers and demand a longroof.

Holden Commodore SS V Sport Wagon: The Holden Commodore SS V sedan is sold here as the Chevrolet SS. In its home market of Australia, it’s also offered as a pickup (ute) or wagon. Regardless of the bodystyle all Commodore SS Vs are powered by a 6.2-liter V-8 that sends over 400 horsepower of grunt to the rear wheels, and best of all the car is available with a 6-speed manual transmission. While the pickup and wagon would have made great spiritual successors to the respective Chevy El Camino and Nomad, General Motors Company’s [NYSE:GM] bankruptcy as well as strict CAFE regulations ended any chance of that happening. Sadly, the cars will soon be out of production as GM is winding down its Holden factory in Oz next year.

BMW M550d xDrive: BMW’s 5-Series Touring isn’t offered in the U.S. and that’s a real shame. Previous generations even had an M5 variant but for the current 5-Series Touring the range-topper is this M550d xDrive M Performance model. It may not be a proper M car but it’s certainly no slouch. Power comes from a triple-turbocharged 3.0-liter inline-6 diesel engine whose peak output is 381 horsepower and 546 pound-feet of torque. Incredibly, BMW is working on a new 5-Series Touring and this one’s expected to pack a quad-turbocharged engine for its M550d variant. The 5-Series Touring was sold here once. With enough demand perhaps the new one can be too.

Audi RS 6 Performance: For many, the Audi RS 6 is the uber wagon. With its menacing front bumper, flared wheel arches and massive exhaust tips, the RS 6 oozes testosterone. The best part is that the vehicle actually has the performance to back up its aggressive looks. This year, Audi introduced an even more potent RS 6. It dons the automaker’s Performance labeling as well as a 605-hp version of the standard RS 6’s twin-turbocharged 4.0-liter V-8. Note, don’t feel too sad about missing out on the RS 6. The same package is offered here in the RS 7.

Opel Insignia OPC Sports Tourer: Opel’s Insignia is sold here as the Buick Regal but we only get the sedan. In markets where Opels are sold, buyers can also choose a wagon, one that comes in high-performance OPC flavor. This model is closely related to the Regal GS but instead of a 4-cylinder the OPC gets a twin-turbocharged 2.8-liter V-6 good for 325 hp and 321 lb-ft of torque. It also gets uprated wheels, suspension and brakes as well as a sporty body kit. Opel is about to launch a new Insignia, which will once again spawn a wagon, and we hear the new Insignia longroof may even reach the U.S. Hopefully any future OPC model comes too.

Jaguar XF Sportbrake: Jaguar’s wagon based on the previous-generation XF, the XF Sportbrake, has got to be one of the sexiest cars, regardless of bodystyle, ever produced. A successor based on the second-generation XF is thought to be coming in 2017 and we’ve got our fingers crossed it makes it into local showrooms. Why are we so enamored by the original XF Sportbrake? Because in addition to good looks the car also dished up some serious performance, especially in XFR-S guise.

Volkswagen Golf R Variant: Volkswagen sells a Golf wagon in the U.S. It’s called a SportWagen but there’s nothing particularly sporty about it due to its ho-hum engines. Overseas, though, the Golf wagon, which is known as a Variant, comes in R trim. We’re talking about a compact wagon powered by a turbocharged 2.0-liter 4-cylinder with 296 hp and 280 lb-ft on tap. Cruelly, VW chose the Los Angeles Auto Show to unveil the car, even though the automaker had no plans to offer it here.