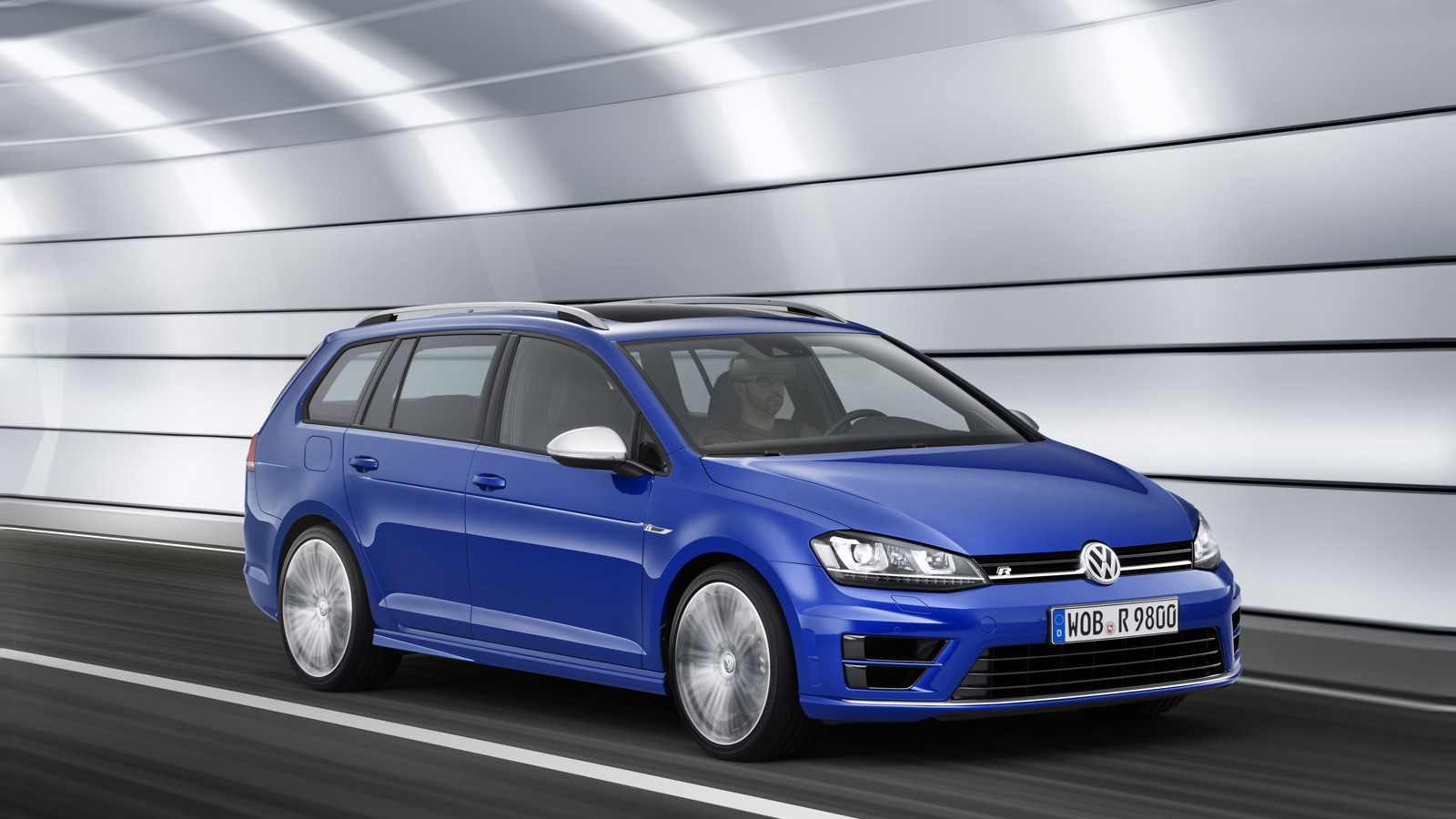 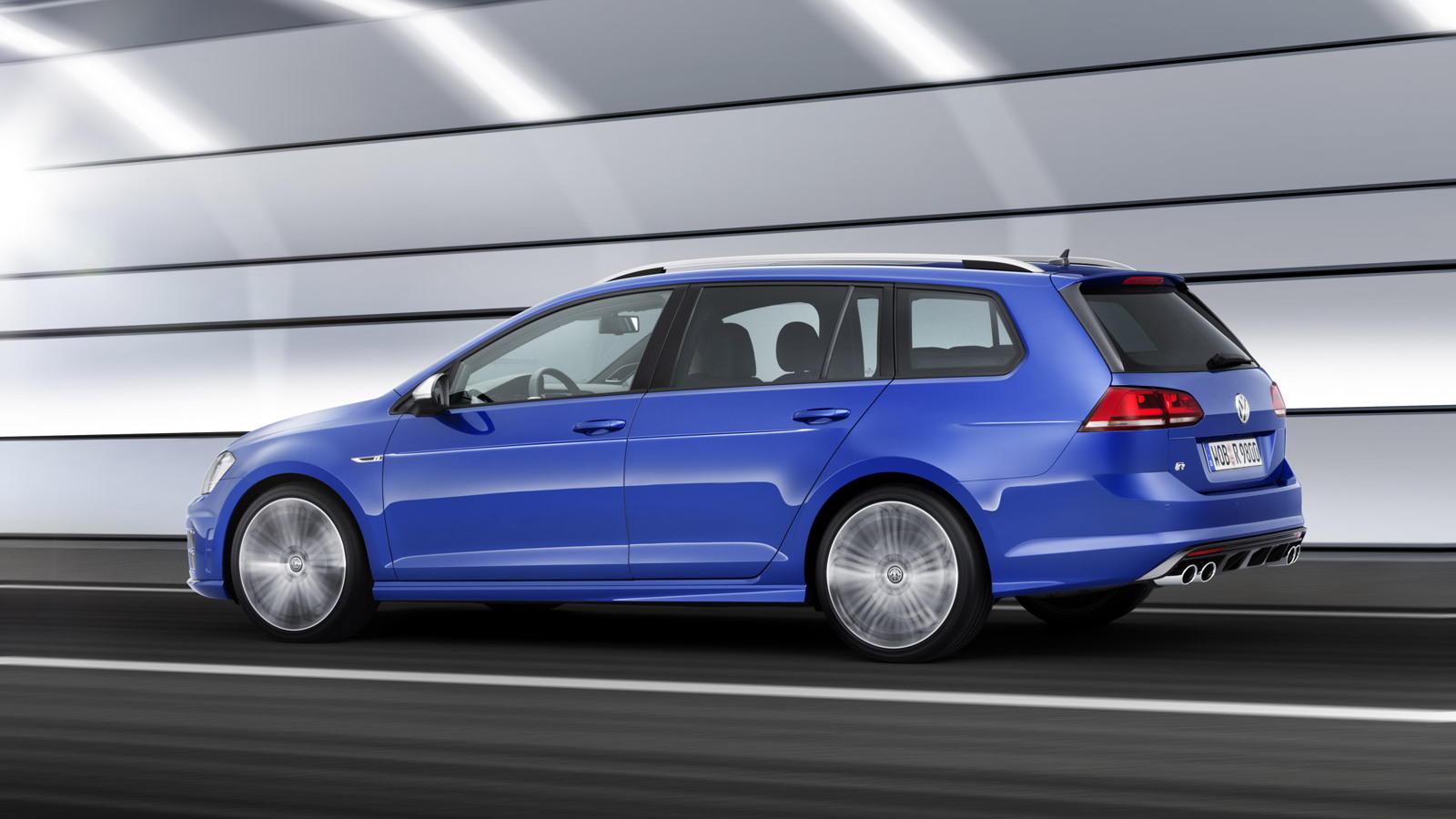 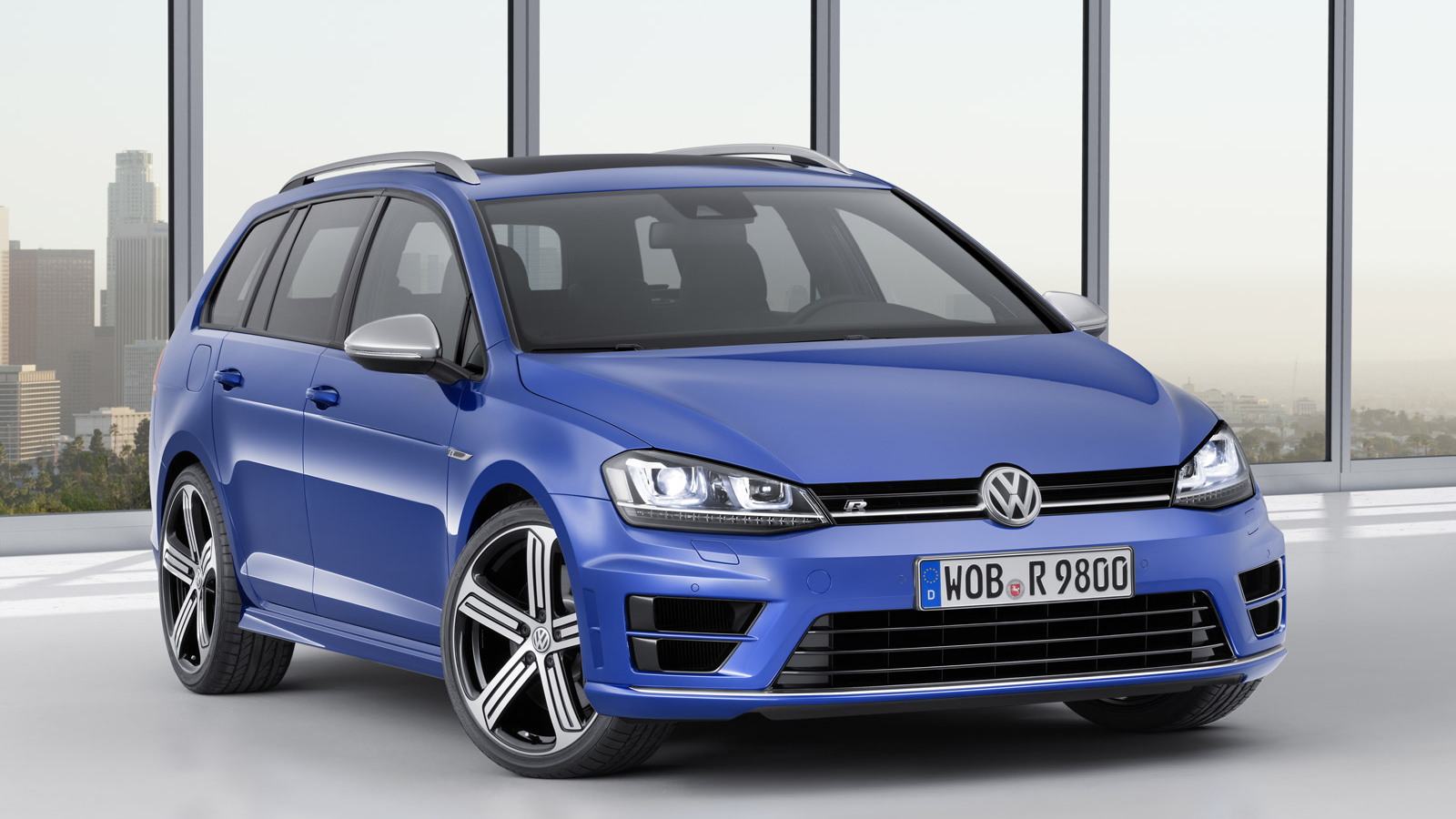 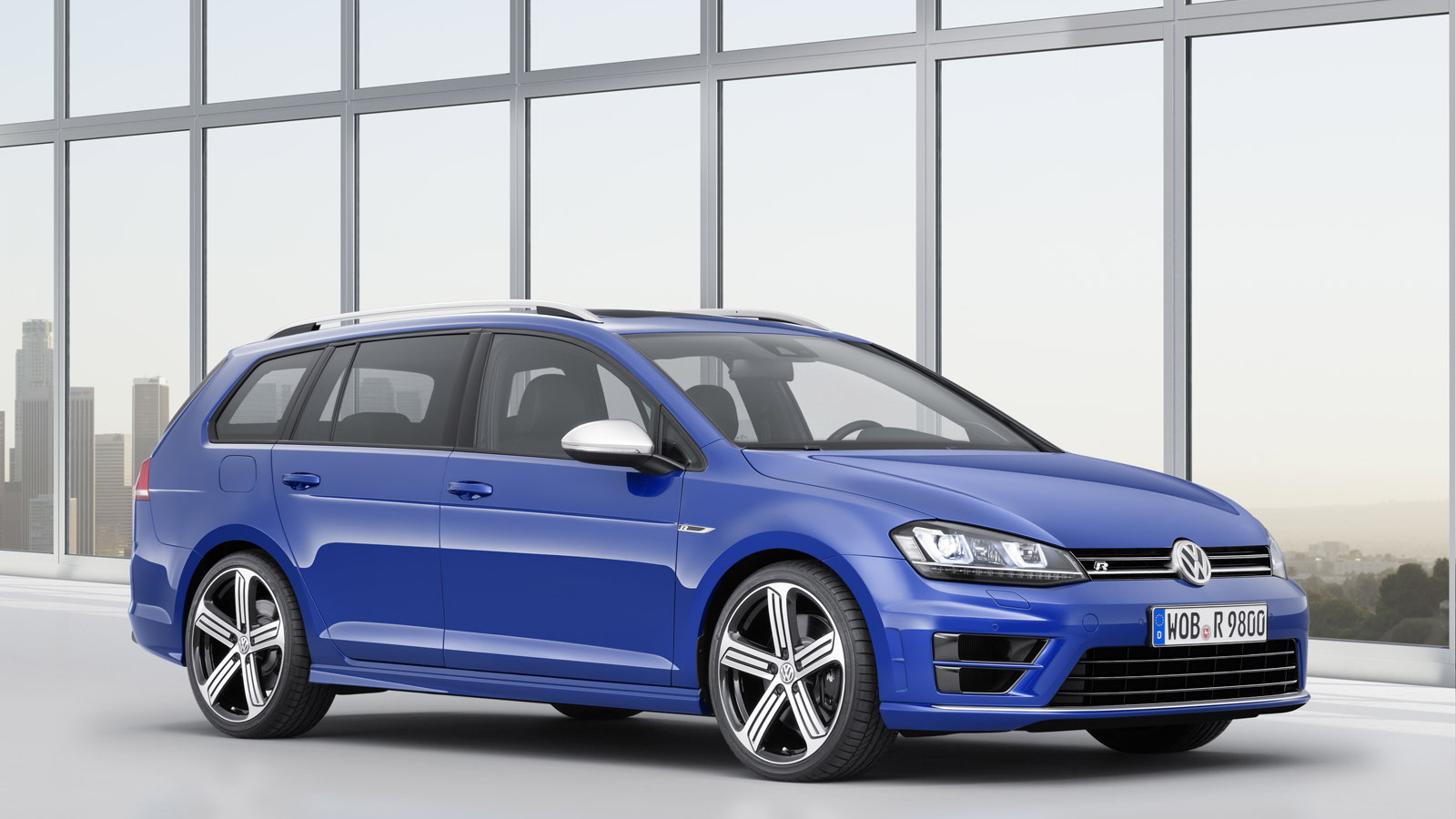 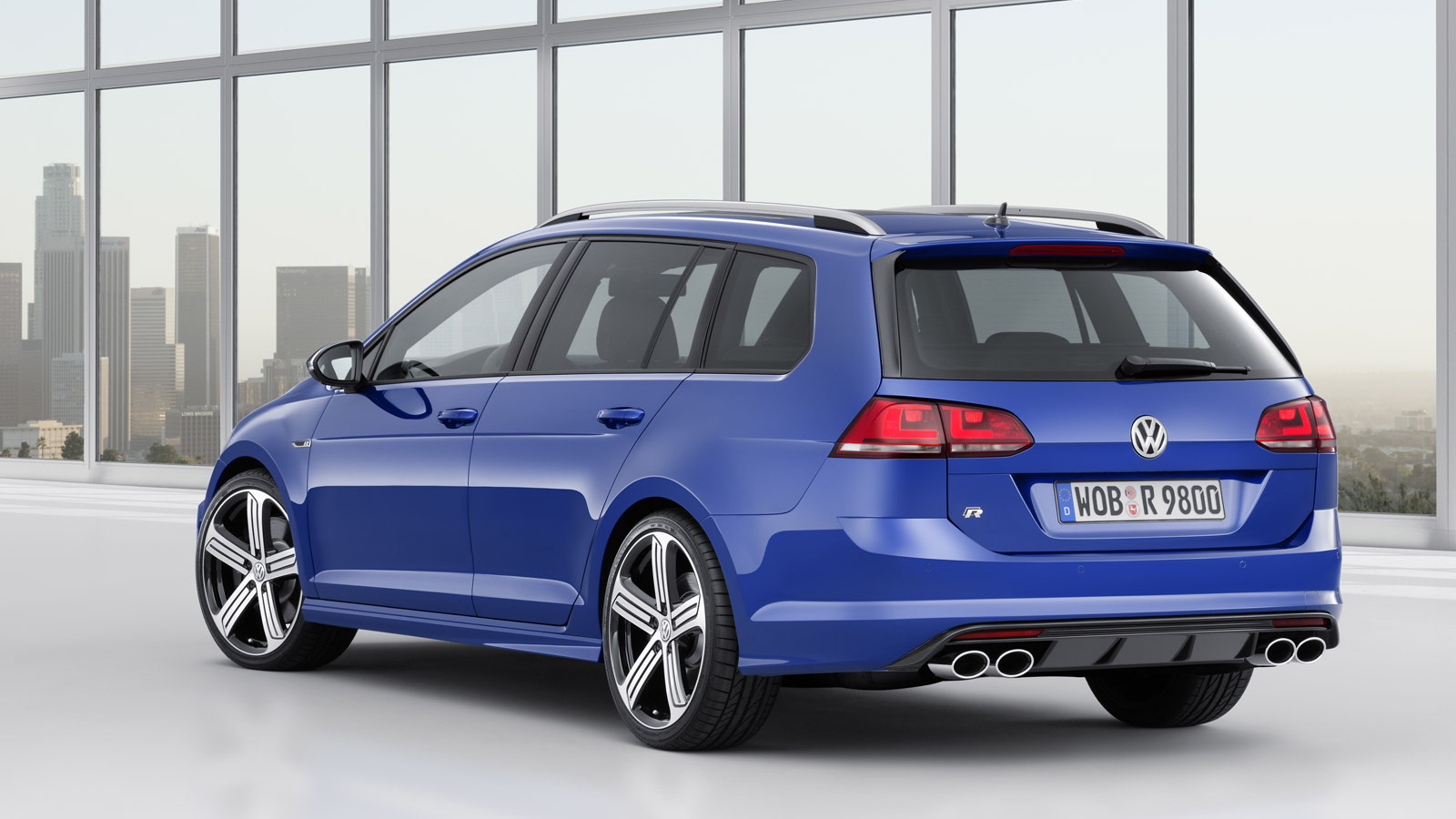 Volkswagen’s new Golf R hot hatch due in showrooms early next year has spawned a wagon variant, which makes its world debut this week at the 2014 Los Angeles Auto Show. Yes, VW has chosen the event in L.A. to showcase the Eurocentric Golf R Variant, but the official line is that there are no plans at present to sell it over here. In Europe, it will be available in the spring of 2015.

This is the first time the Golf R has been available with the Golf’s wagon bodystyle, known here as a SportWagen and everywhere else as a Variant. And despite the larger body, performance hasn’t been diminished one iota. VW claims a 0-62 mph time of 5.1 seconds and a governed top speed of 155 mph, which is comparable with figures for the Golf R hatch.

The Golf R Variant packs the same turbocharged 2.0-liter four-cylinder engine as the Golf R hatch, which rates in at 296 horsepower and 280 pound-feet of torque (290 hp in U.S. specification). And drive is still sent to the ground via a six-speed DSG dual-clutch transmission and 4Motion all-wheel-drive system. The latter also features VW’s XDS+ electronic differential lock front and rear, which individually brakes the wheels on the inside of a curve during fast cornering, helping to reduce understeer.

Other performance upgrades include a ride height that’s 0.8 of an inch lower compared to a regular Golf, 18-inch wheels (available 19-inch wheels shown here), uprated brakes, speed-sensitive steering, adaptive dampers, and an electronic stability control system that can be switched off for track use. An exclusive feature of the vehicle is a Driving Profile Selector, which in addition to adjusting the suspension damping also tweaks the engine response and gear shift points depending on the mode that has been selected. There are four modes present: Eco, Normal, Individual and Race.

Outside, the Golf R Variant is distinguished from other Golf in a number of areas. These include the R-spec bumpers, high-gloss black rear diffuser, quad-exhaust tips finished in chrome, and a roof-mounted rear spoiler. Inside, the seats get a mix of fabric and Alcantara (Nappa leather is available). The look is finished off with decorative stitching in crystal gray and an “R” logo on the seat backrest. Other interior features include blue ambient lighting, automatic air conditioning, and a custom infotainment system with R-spec menus.

Since the Golf’s wagon bodystyle is the basis of the vehicle, the rear seats can be folded flat for extra storage. With five people on board, the car has 21.4 cubic feet of storage, but with the rear seats folded this expands to 57.2 cu ft.

To see what else is at the 2014 Los Angeles Auto Show this week, head to our dedicated hub.