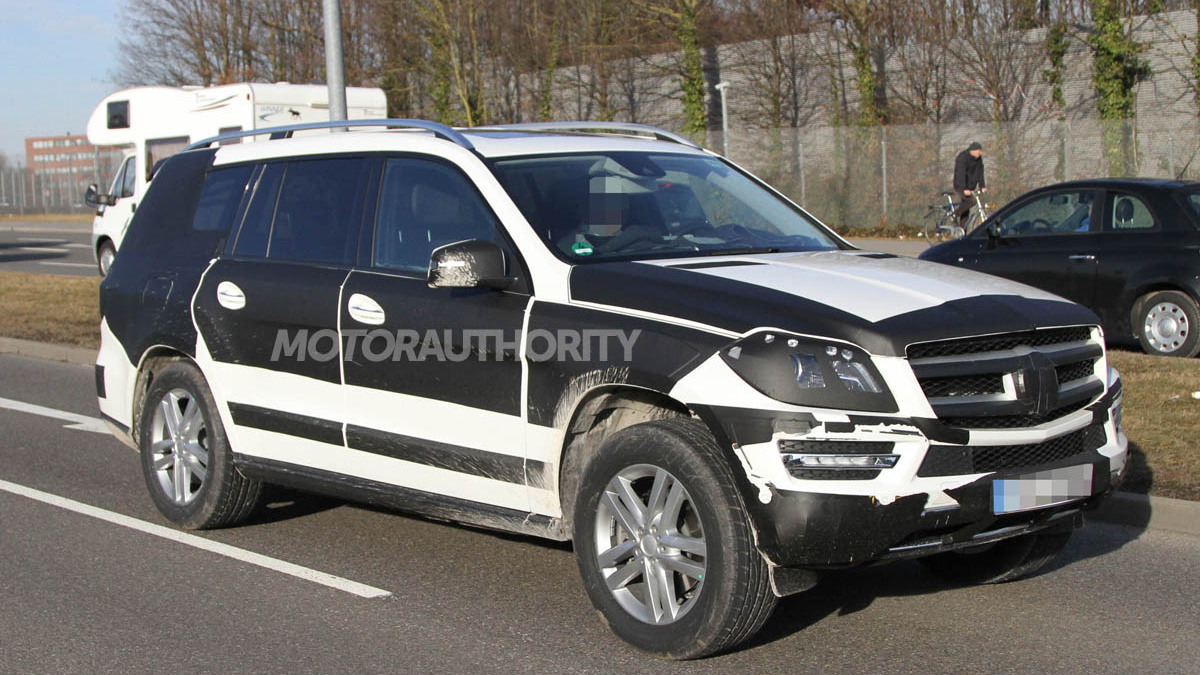 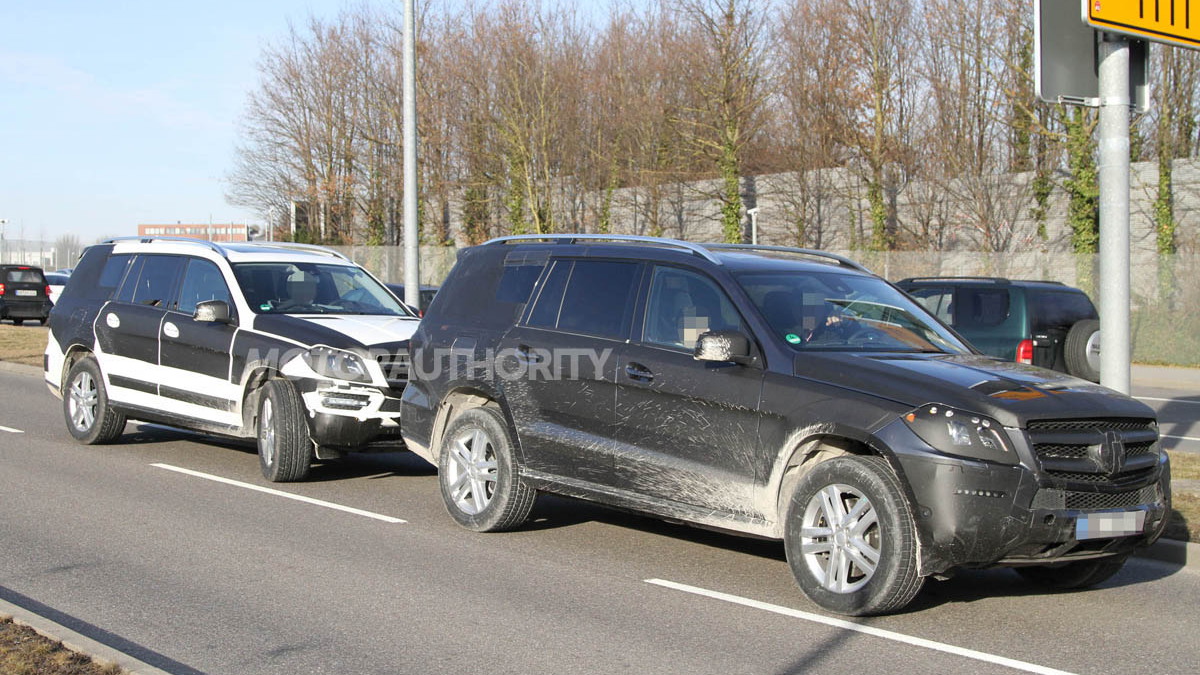 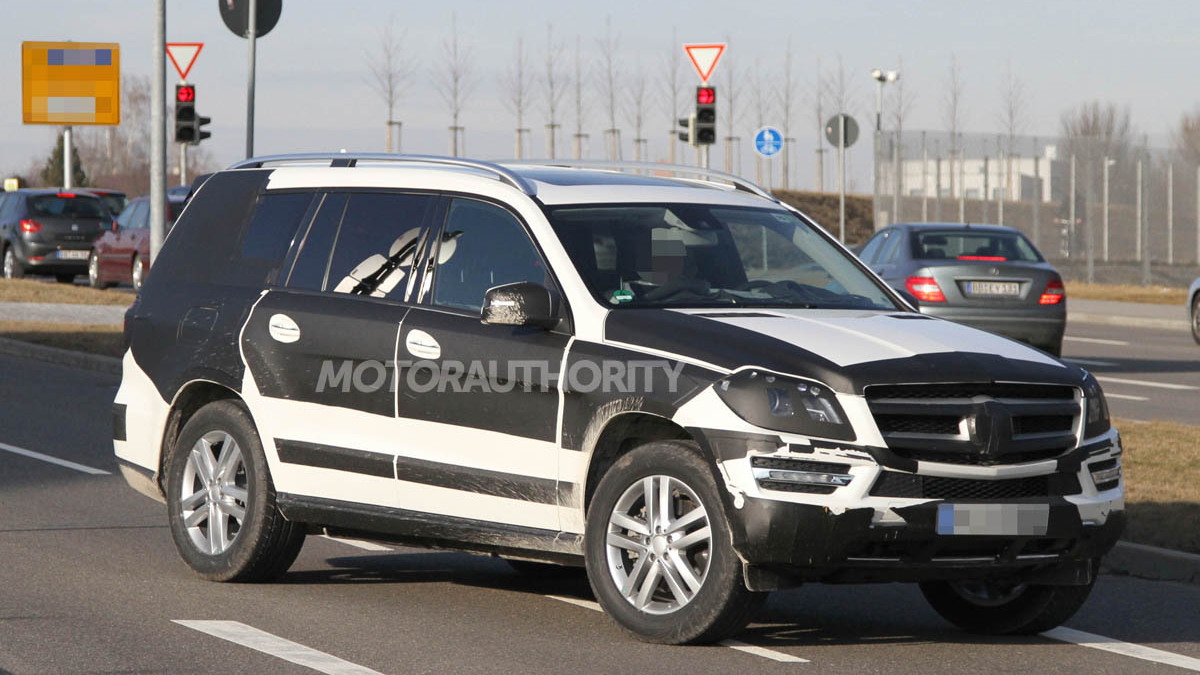 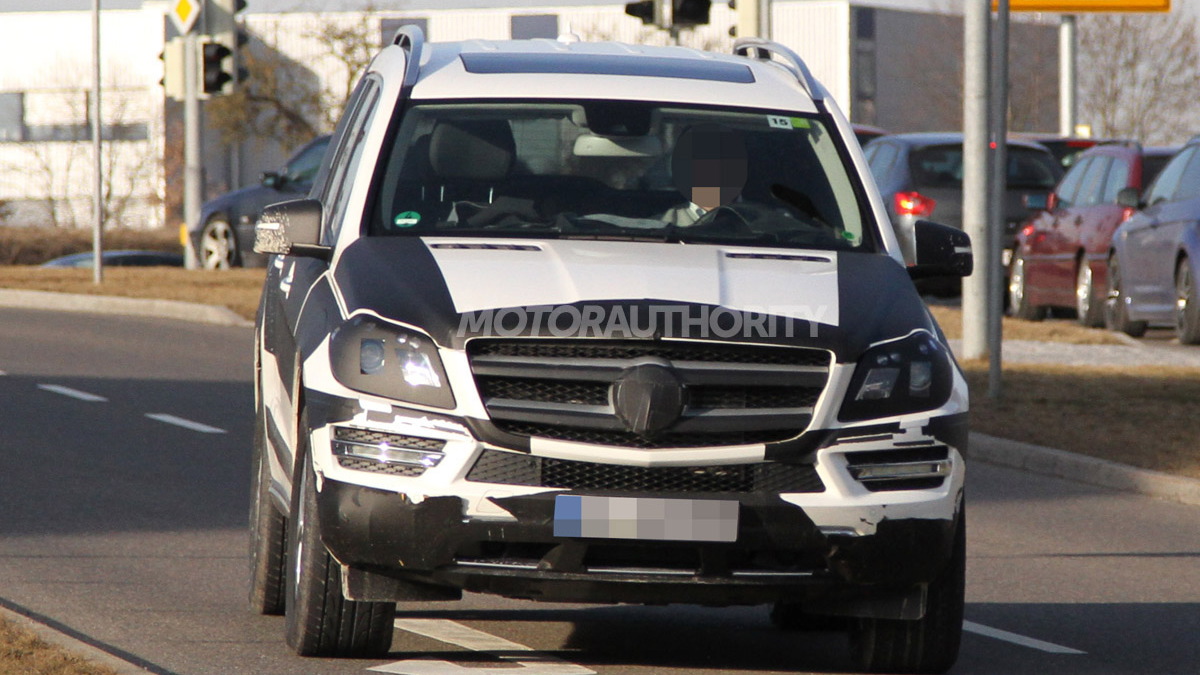 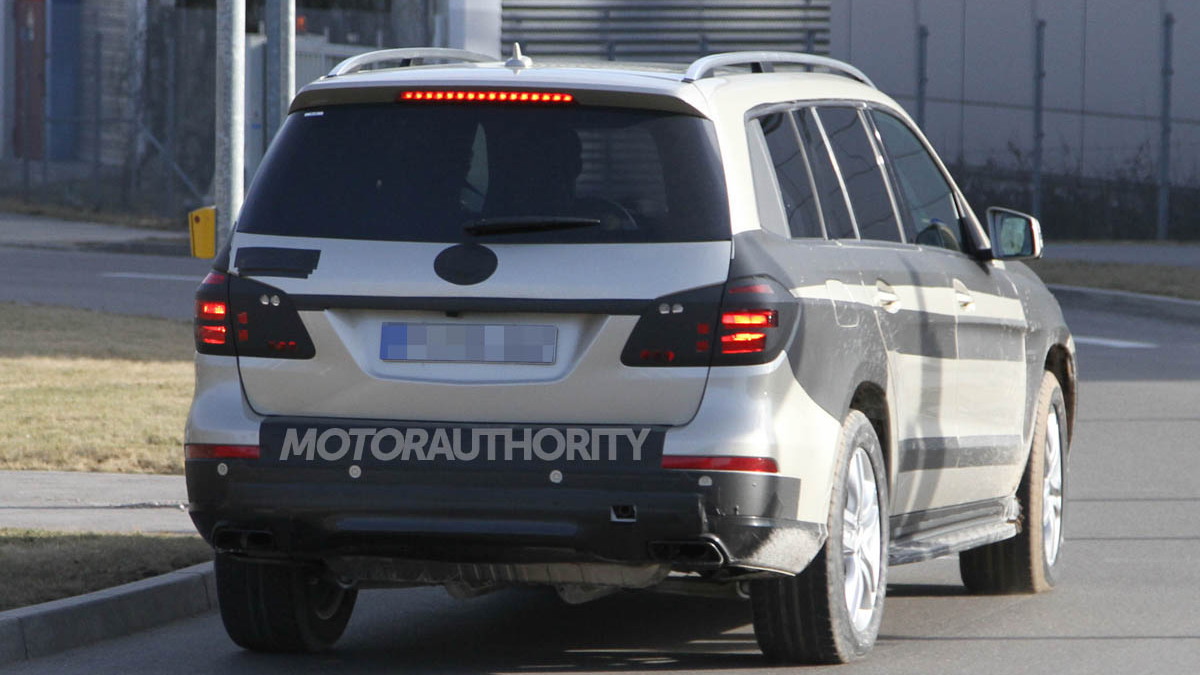 It definitely matters when you need to haul around six of your favorite people, and the Mercedes-Benz GL Class is one of the handful of ways to do it in luxury and style.

That style is soon to get an update, as our spy photographers have snapped these images of the 2013 Mercedes-Benz GL Class in testing, wearing the least camouflage to date as it enters the final phase of testing before sales begin late this year. The latest images capture a pair of new GL Class SUVs in testing, each revealing more details about different parts of the vehicle.

The broadly-spaced two-bar grille and large area for the Mercedes emblem stand out at the front end, as do the more angular headlights. A similar LED strip for foglights/daytime running lights appears to be in about the same place as the current GL, while the lower front bumper/skid plate appears to have slightly larger openings on the spied vehicle.

At the rear, the exhaust inset in the lower portion of the bumper with parallelogram tips, but that may yet change for production. Like the headlights, the tail lights get a new shape, now extending further across the rear lift gate, which is itself re-shaped, with a more prominent roof spoiler at the top.

Based on the same underpinnings as the 2012 M Class, the new GL Class should also carry a similar engine lineup to its smaller sibling. This means a 302-horsepower 3.5-liter gasoline V-6 in the GL350, and a reworked 3.0-liter turbodiesel V-6 making 240 horsepower and 455 pound-feet in the new GL350 BlueTec.

A seven-speed automatic transmission should be fitted across the board.

We'll bring you the latest details and spy shots as we get them, so stay tuned to see what Mercedes has in the works for its full-size luxury SUV.