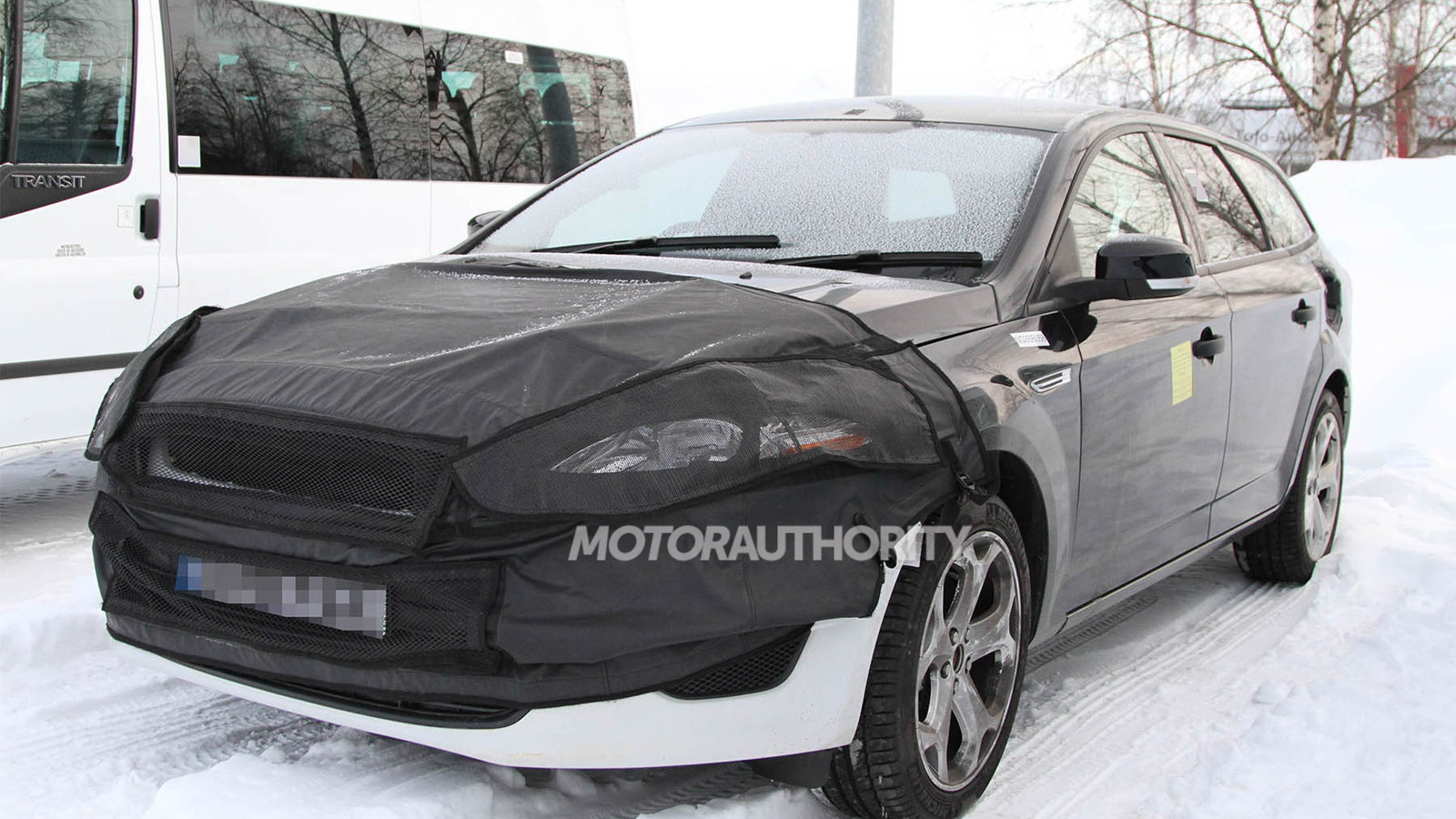 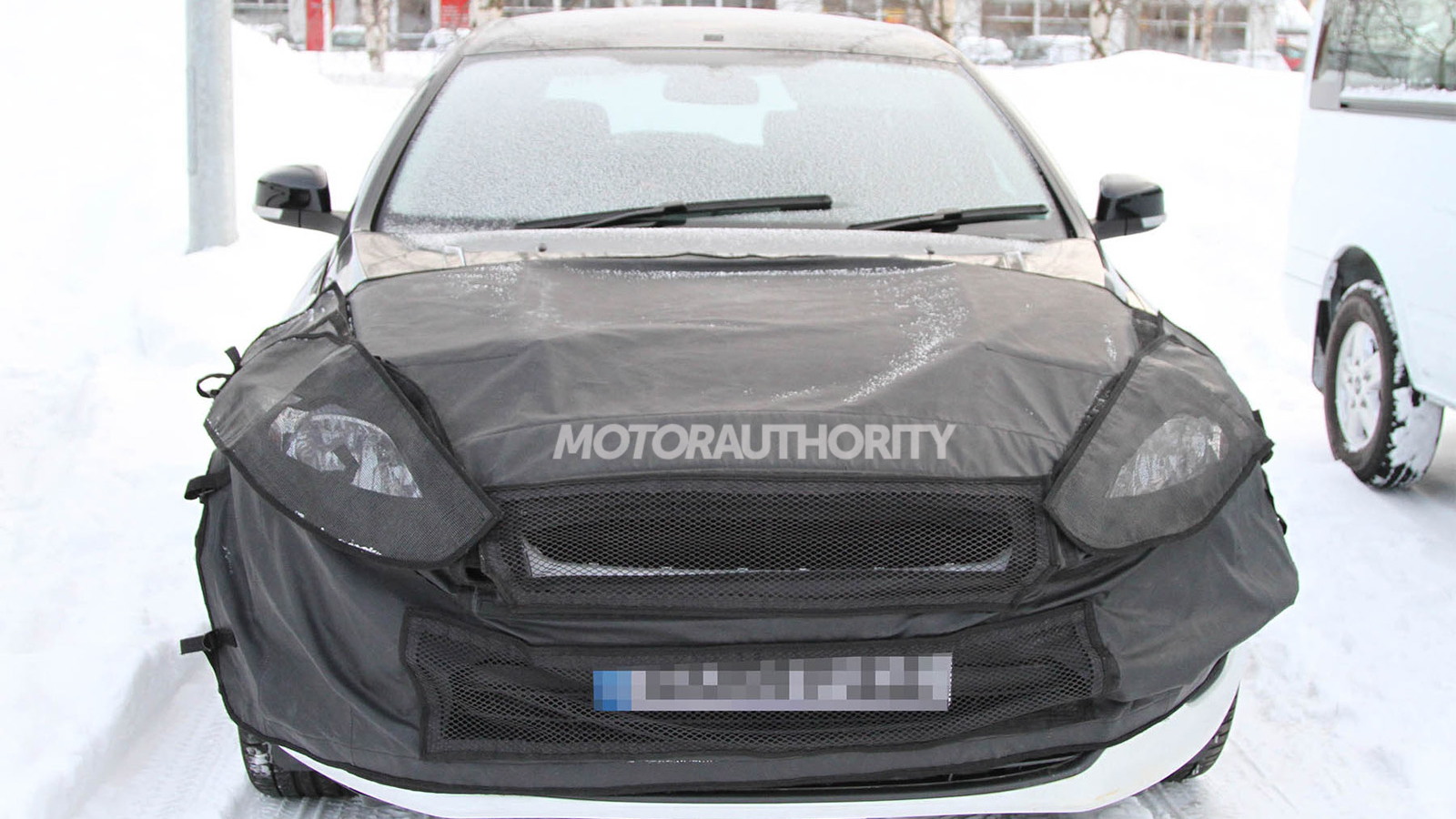 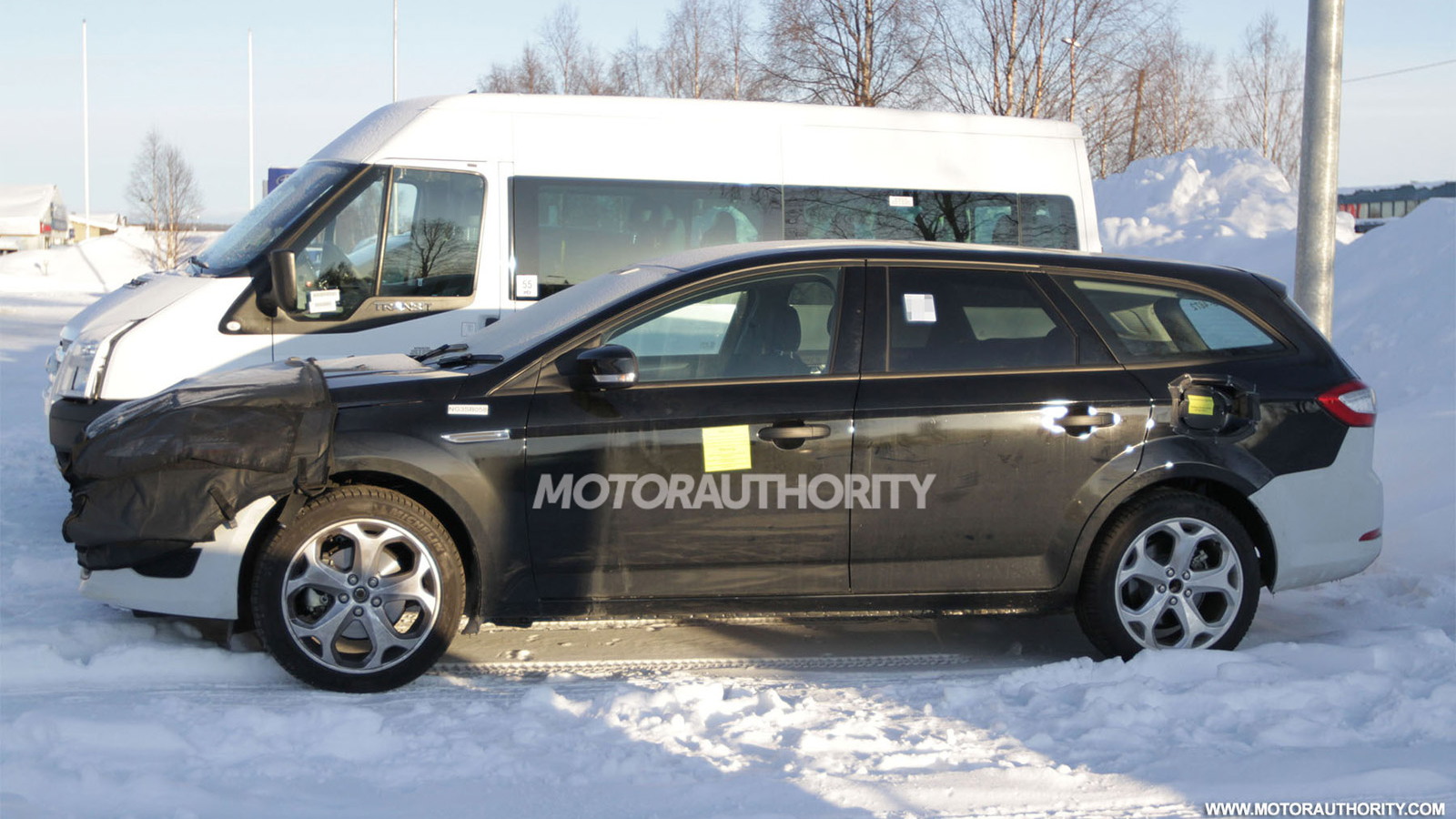 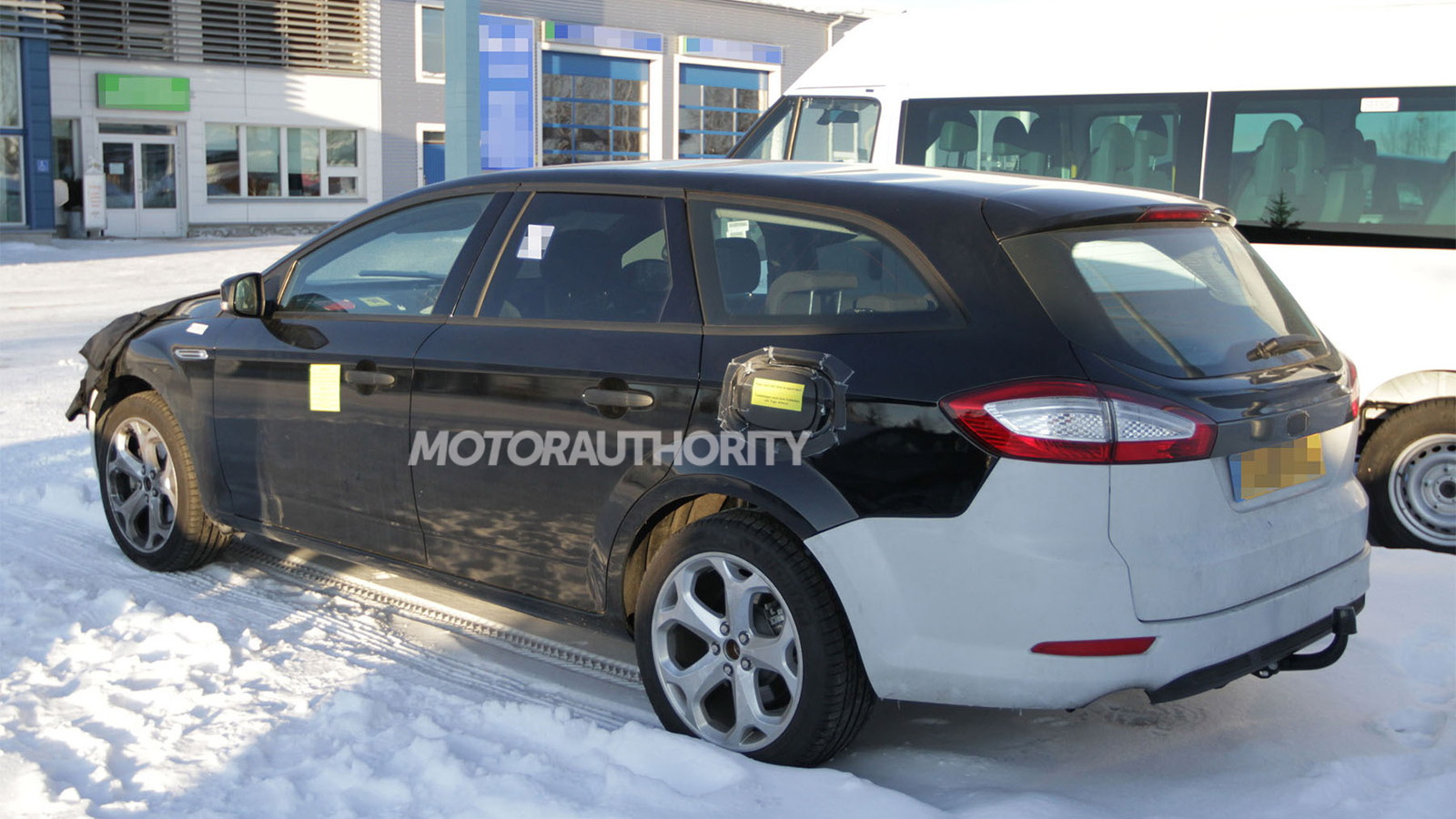 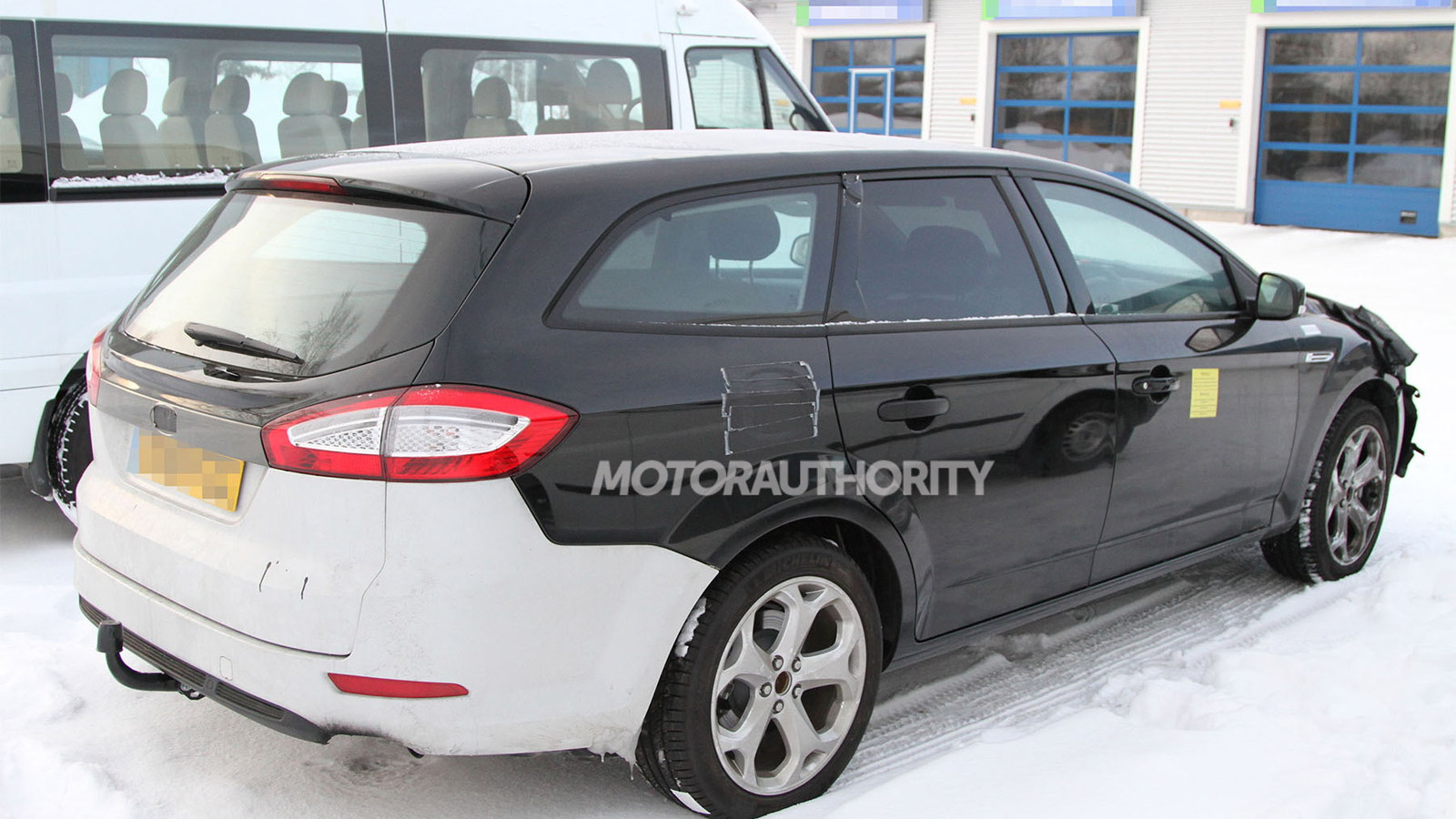 8
photos
The wraps have only just come off the new 2013 Ford Fusion sedan, which goes on sale this fall and arrives in European showrooms around the same time as the next-generation Ford Mondeo.

However, we now have the first spy shots of the new Mondeo wagon, or Turnier as it’s known in Europe, which was spotted while undergoing some cold weather tests near the Arctic Circle recently.

Ford appears to be still in the early stages of testing its latest Mondeo Turnier as this test vehicle still retains many of the components from the outgoing model.

However, we can clearly see the new car’s front end, which is heavily camouflaged and suggests that Ford is testing new powertrains in the cold conditions. A peek inside also reveals that the car has been fitted with several interior components from the new Mondeo.

Expect similar engines to those found in the 2013 Fusion and Mondeo lineup, including 1.6- and 2.0-liter EcoBoost engines as well as several turbodiesel units ranging from 1.6 to 2.2 liters in displacement. It’s unclear if Ford plans to offer its hybrid and Energi plug-in hybrid drivetrains in Europe though it’s possible at least one of them will be.

Ford is likely to introduce its latest Mondeo Turnier in Europe late next year. Hopefully this time around the automaker will bring over a few to the U.S. with Fusion badges so that we’ll finally have a Blue Oval alternative to the Acura TSX Sport Wagon and Volkswagen Jetta Sportwagen.