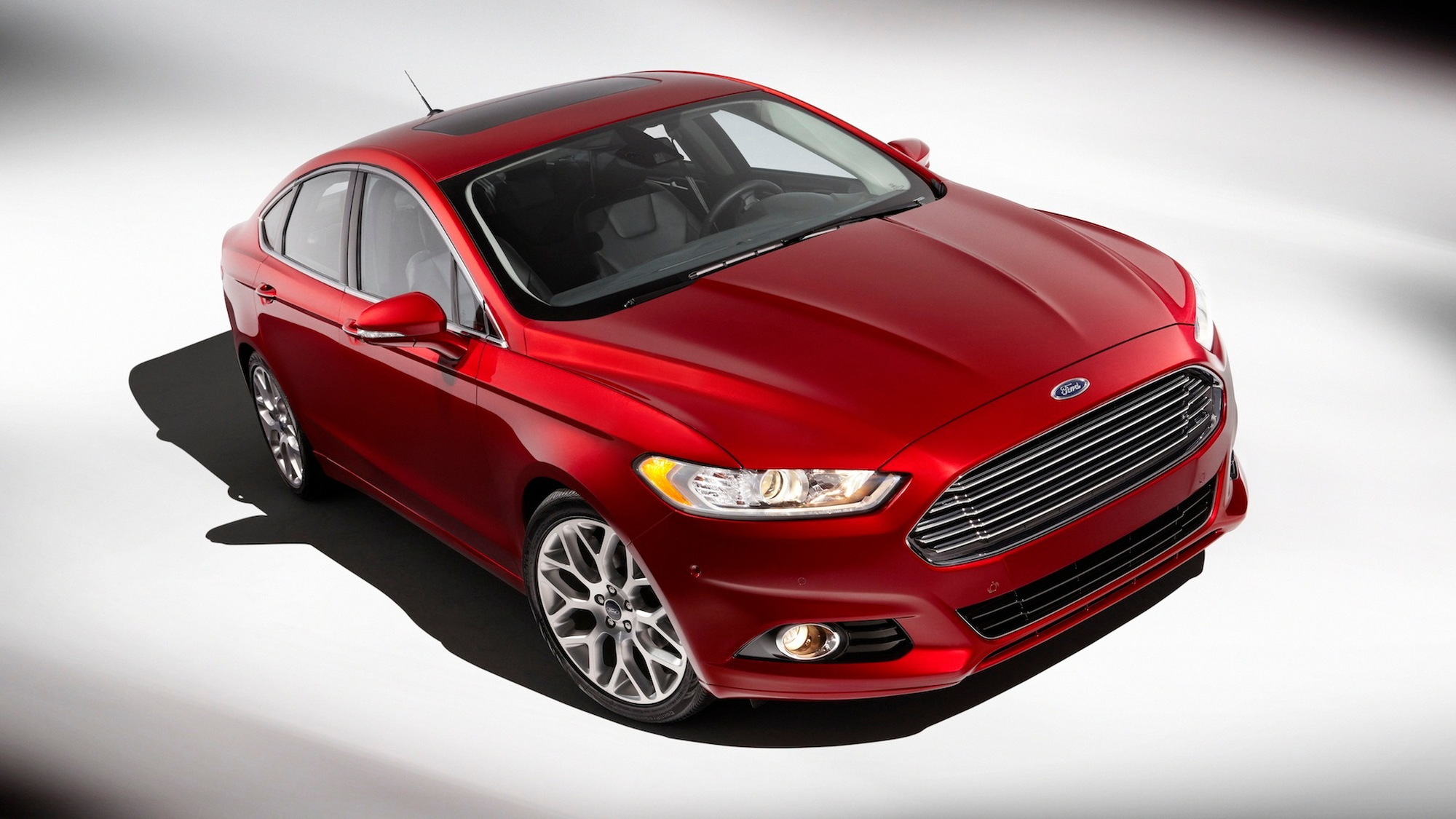 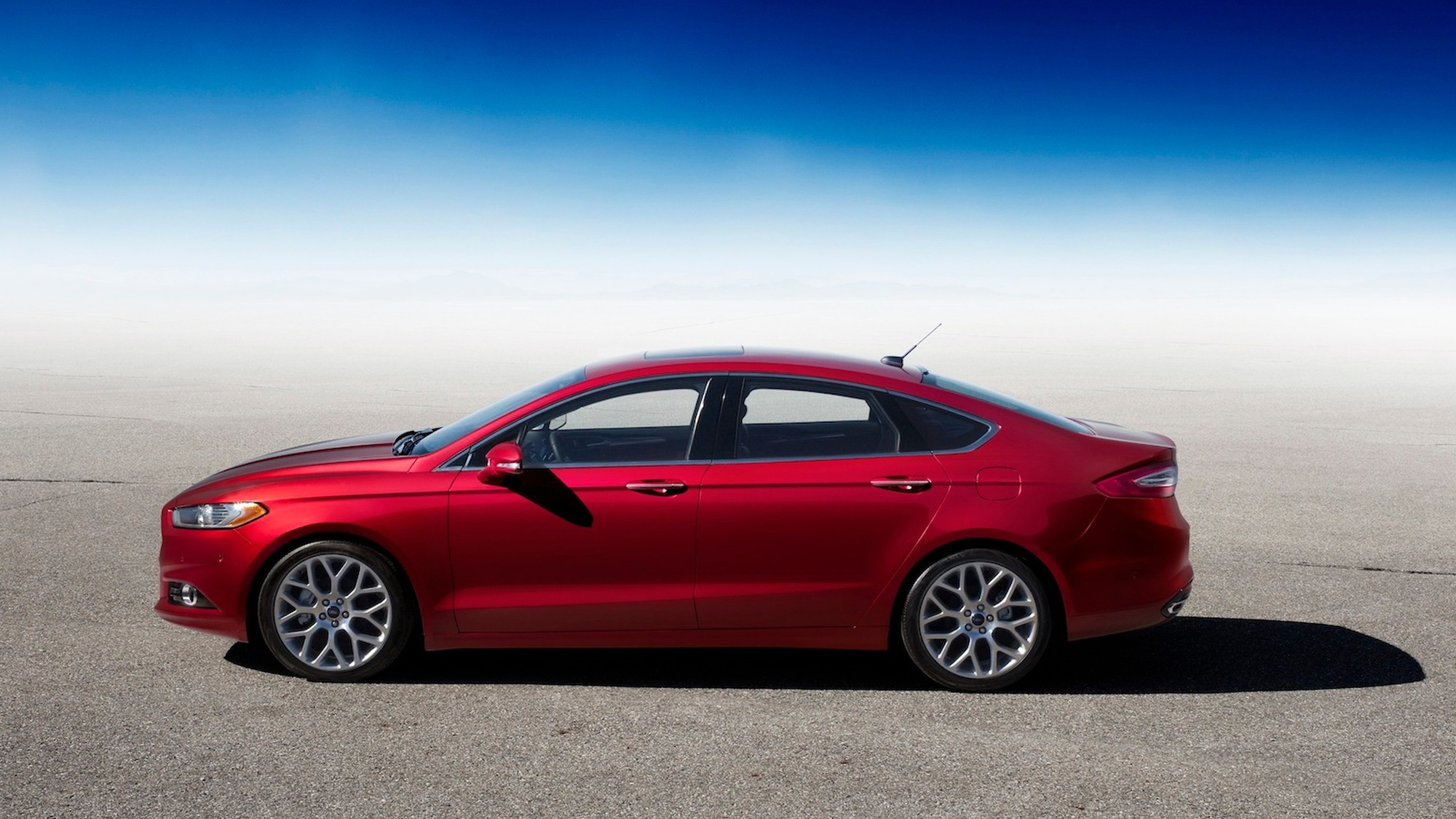 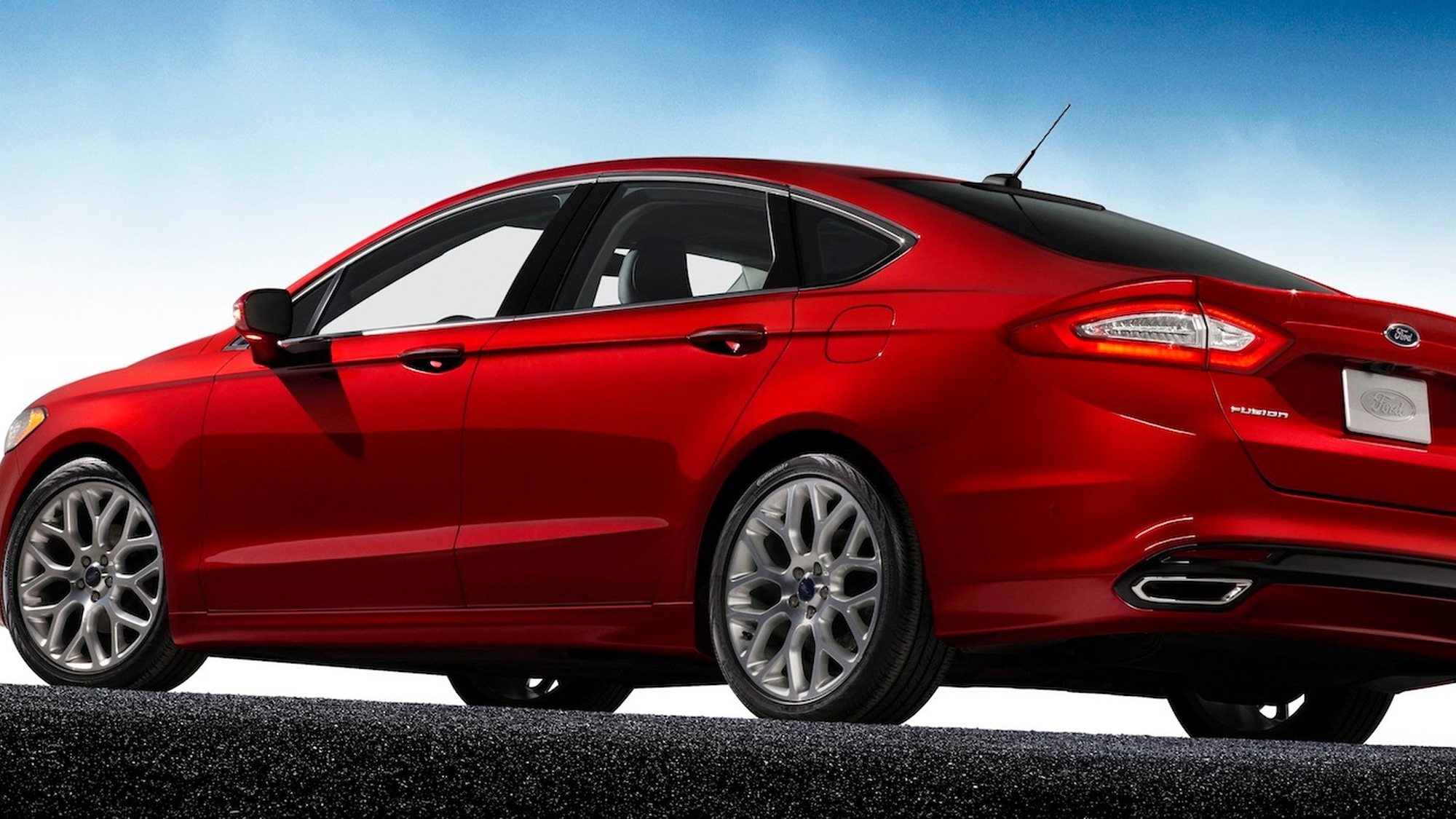 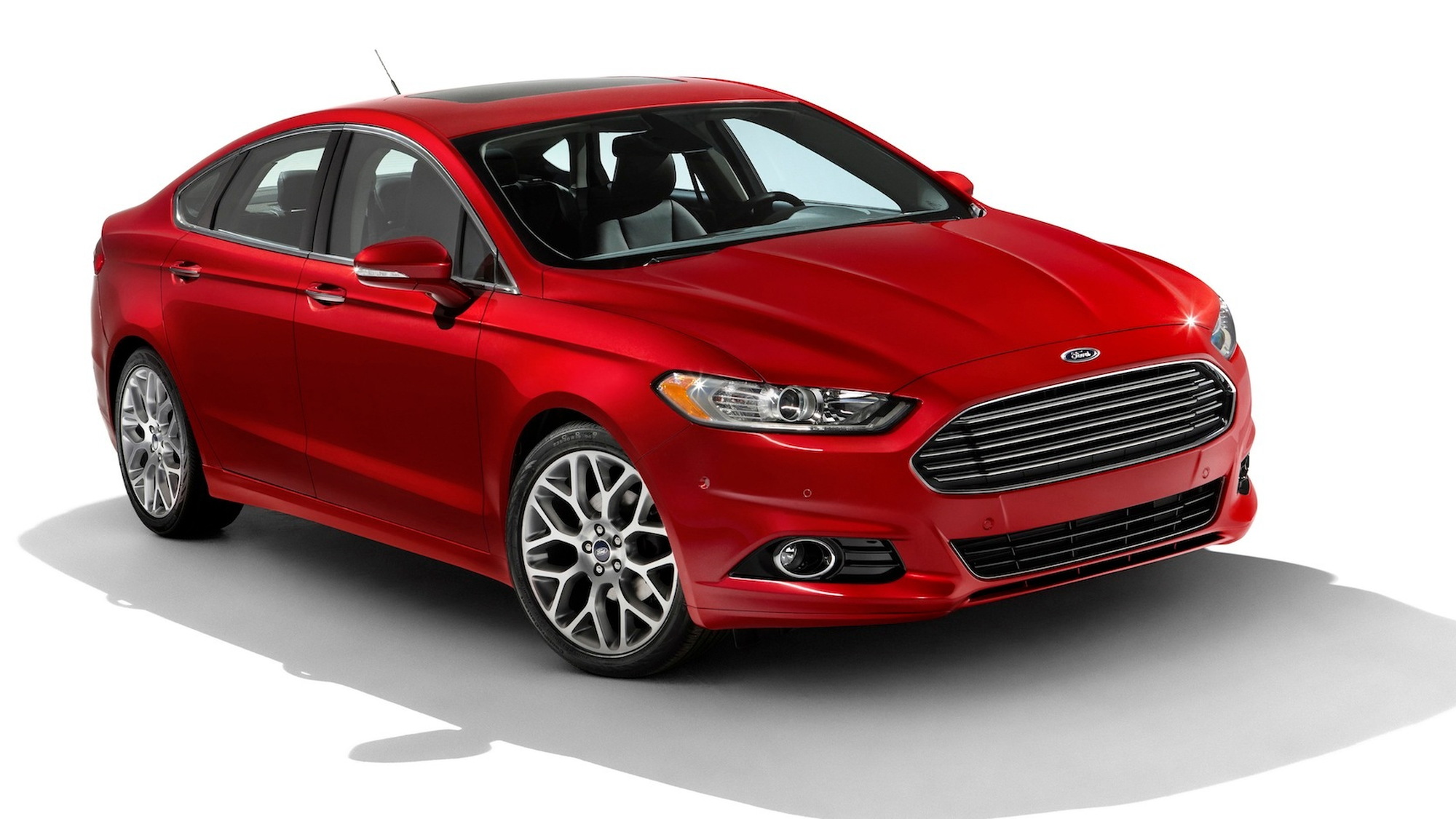 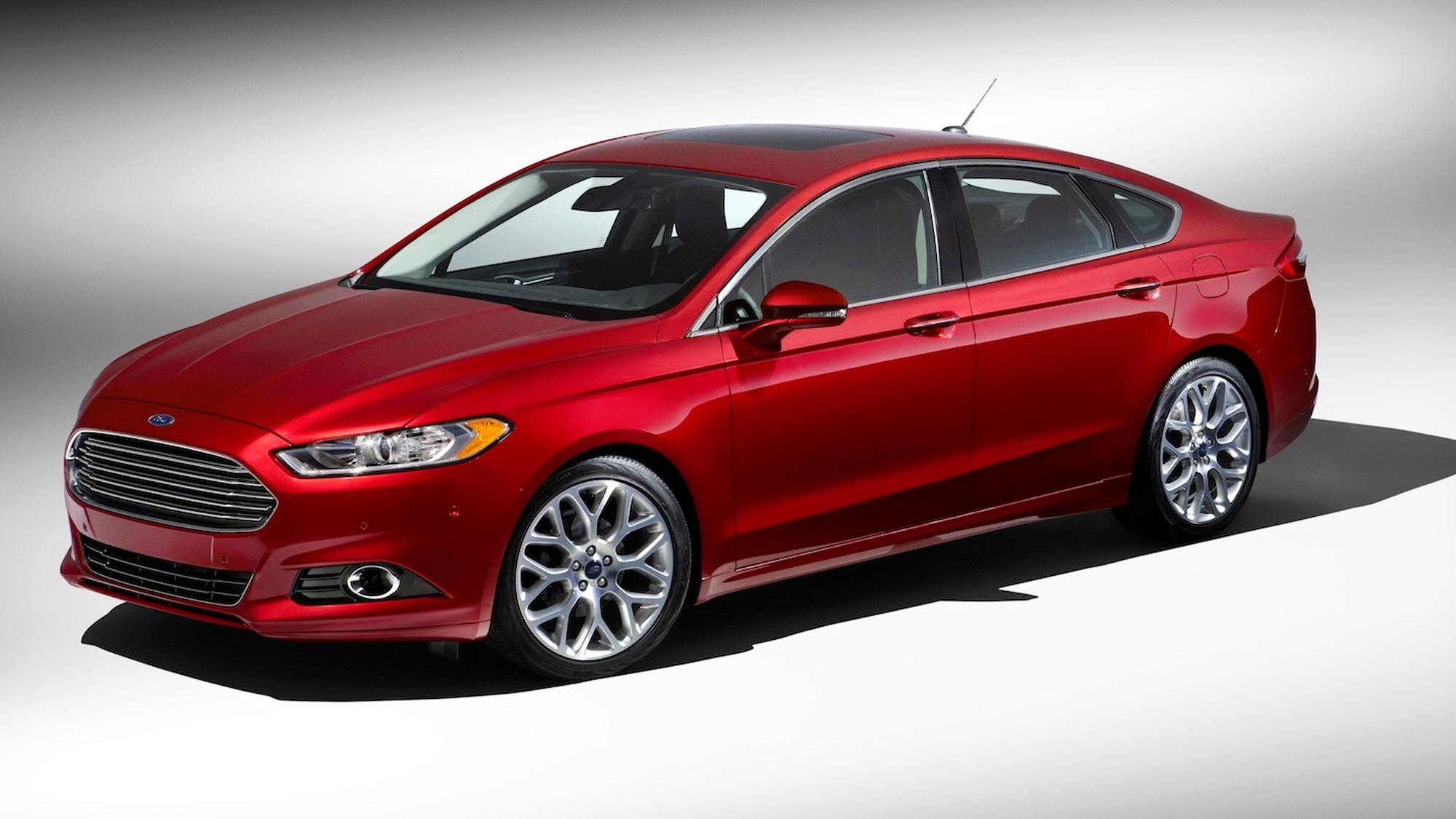 34
photos
Ford’s new global design strategy so far appears to be working, with the largely European designed and engineered Fiesta and Focus compacts doing particularly well around the globe, including in the U.S. where such cars have proven to be a hard sell in the past.

More recently we saw the 2013 Ford Escape debut, a car that will be sold in Europe as the replacement for the Kuga and is set to hit showrooms later this year.

The next globally designed model to wear the blue oval is the new 2013 Ford Fusion, which makes its debut this week at the 2012 Detroit Auto Show and is the first sedan ever to offer gasoline, hybrid, and plug-in hybrid powertrains.

This is the first all-new Fusion since the original’s launch back in 2005, and it’s the car that will replace the Mondeo in overseas markets and form the basis of the crucial new 2013 Lincoln MKZ. Featuring a sleek Evos-inspired silhouette and fresh face, the five-seater 2013 Fusion is the latest in a series of vehicles from Ford to offer not only class-leading economy but a host of safety applications too.

Available in S, SE, and range-topping Titanium trims, the Fusion brings the broadest selection of fuel-efficient powertrains in the mid-size segment. It offers hybrid and plug-in hybrid alternatives, a pair of EcoBoost four-cylinder engines, a normally aspirated four-cylinder engine, an automatic start stop system to shut off the engine at stationary idle, front-wheel drive and all-wheel drive applications, and a choice between automatic and manually shifted six-speed transmissions.

Starting with the most efficient model in the lineup, the Fusion Energi plug-in hybrid is expected to return more than 100 MPGe (the mpg equivalency metric for electrified vehicles) and a combined output of 185 horsepower. This is 8 MPGe more than the Chevrolet Volt and 13 MPGe more than the projected efficiency of the Toyota Prius Plug-In Hybrid model. It combines a newly-developed 2.0-liter Atkinson-cycle four-cylinder engine with an electric motor powered by lithium-ion batteries.

Moving down the line we have the new 2013 Ford Fusion Hybrid, which also combines a 2.0-liter engine with an electric motor for a combined output of 180 horsepower. Fuel economy for the Fusion Hybrid is expected to come in at 47/44 mpg city/highway. If it achieves these numbers its fuel economy stands to outperform the 2012 Toyota Camry Hybrid by 4 mpg city and 5 mpg highway and the 2011 Hyundai Sonata Hybrid by 12 mpg and 4 mpg, respectively.

Note, all performance figures are projections only and final numbers may certainly differ.

But fuel efficient powertrains are only half the story. Ford has also packed its new Fusion with the latest safety enhancements based on sensors, cameras and radar that enable the car to see and respond.

Inside, the cabin is straightforward but stylish, with a European look that concentrates on easy-to-read instruments and a large display screen in the center stack. Thankfully, it is considerably less ornate and highly designed than the overly complex dashboard of the Fiesta subcompact.

Finally, the 2013 Fusion also benefits from the latest version of MyFord Touch, allowing a driver to interact with the vehicle through voice control, a touch screen tap or a conventional button. SYNC is also fitted as standard, enabling voice-activated communication through a driver’s mobile phone and interaction with the car’s audio system.

Fusion production is scheduled to start this month at Ford’s plant in Hermosillo, Mexico, as well as Ford’s Flat Rock assembly plant in Michigan, which has some freed up capacity after Mazda recently decided to move production of its Mazda6 model exclusively to Japan.

Look out for the car in showrooms this fall, while overseas buyers will have to wait until next year for the new Mondeo to arrive.

For more from the 2012 Detroit Auto Show, including live shots and videos of many of the cars, click here for our dedicated show page.