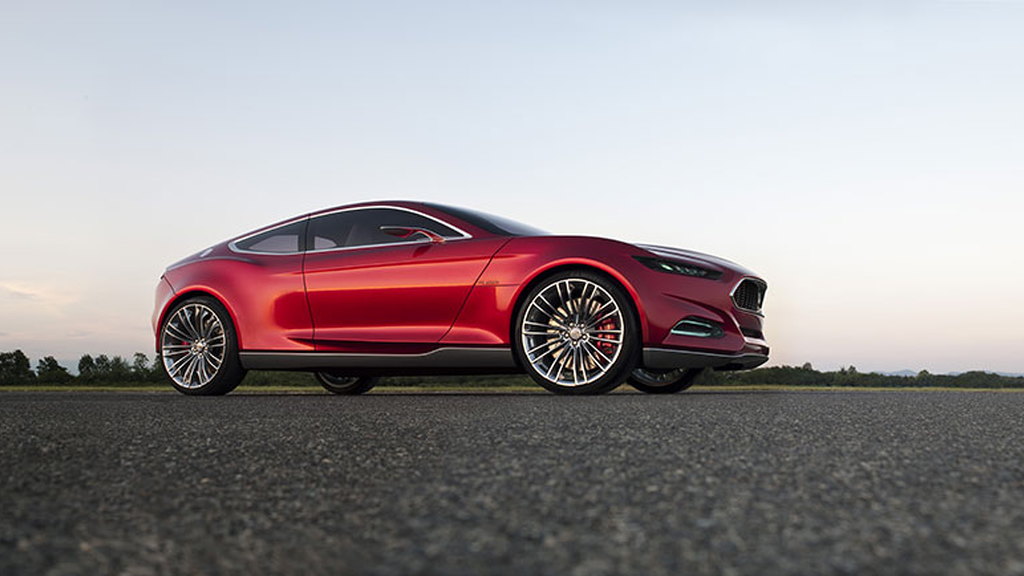 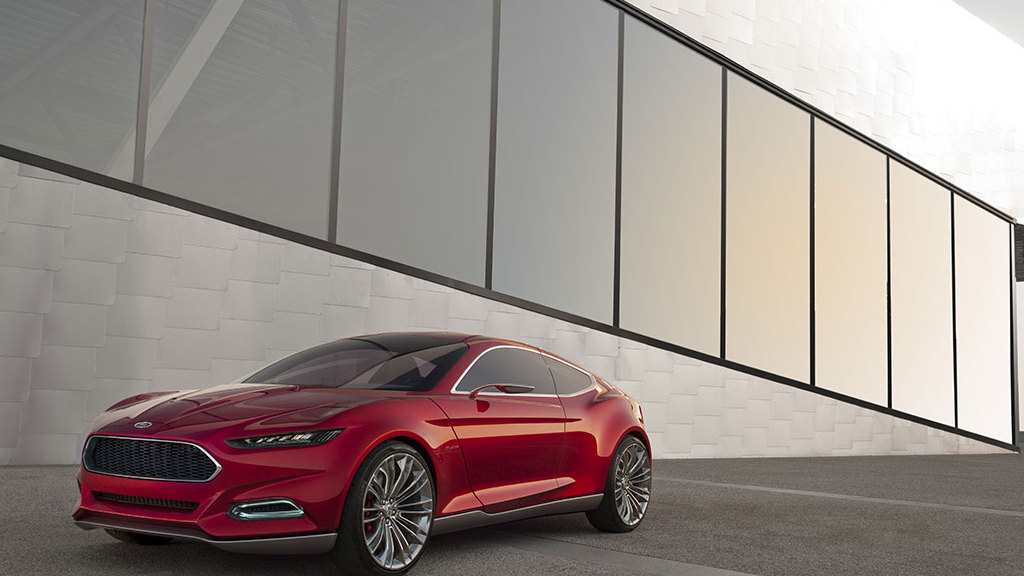 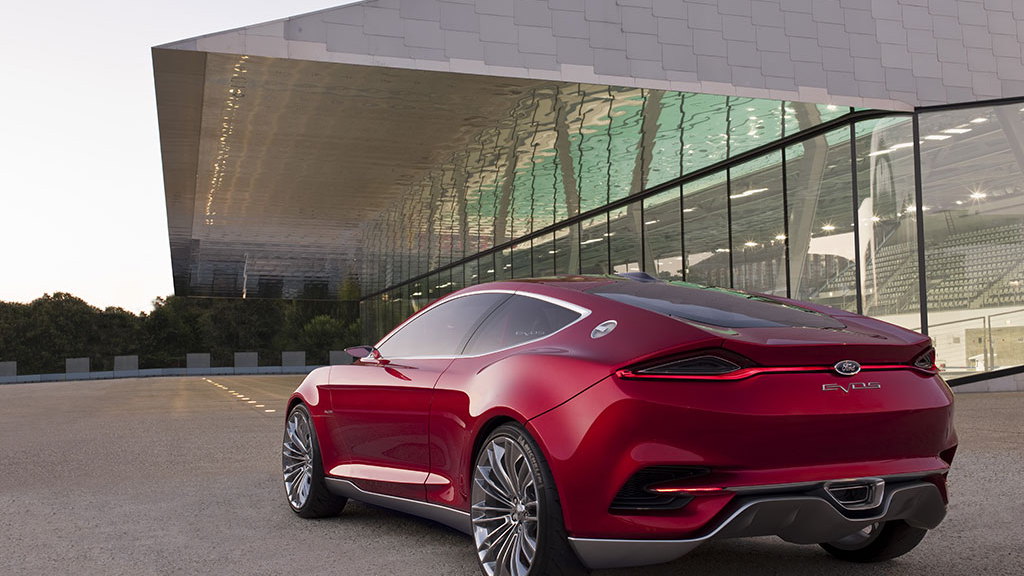 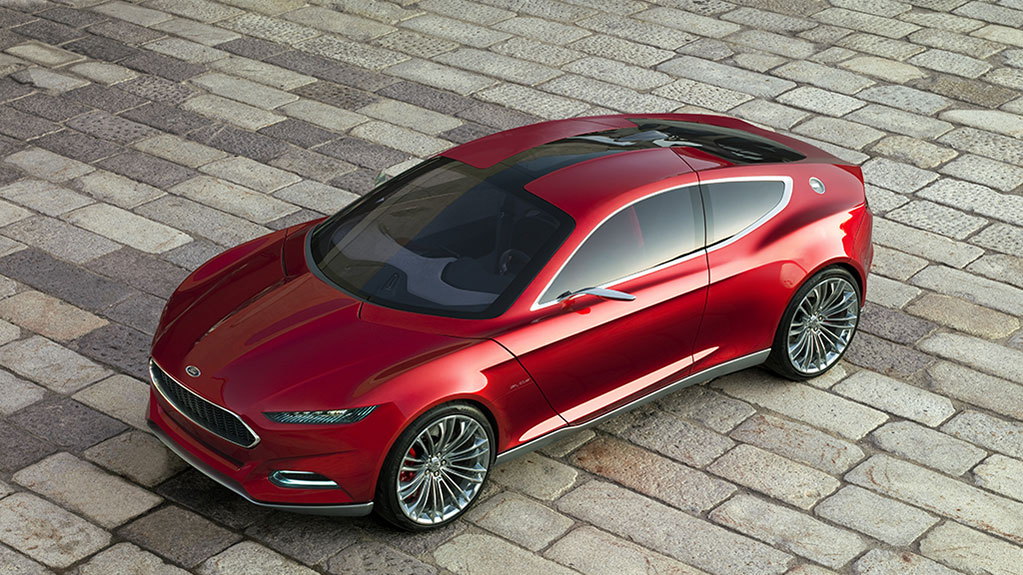 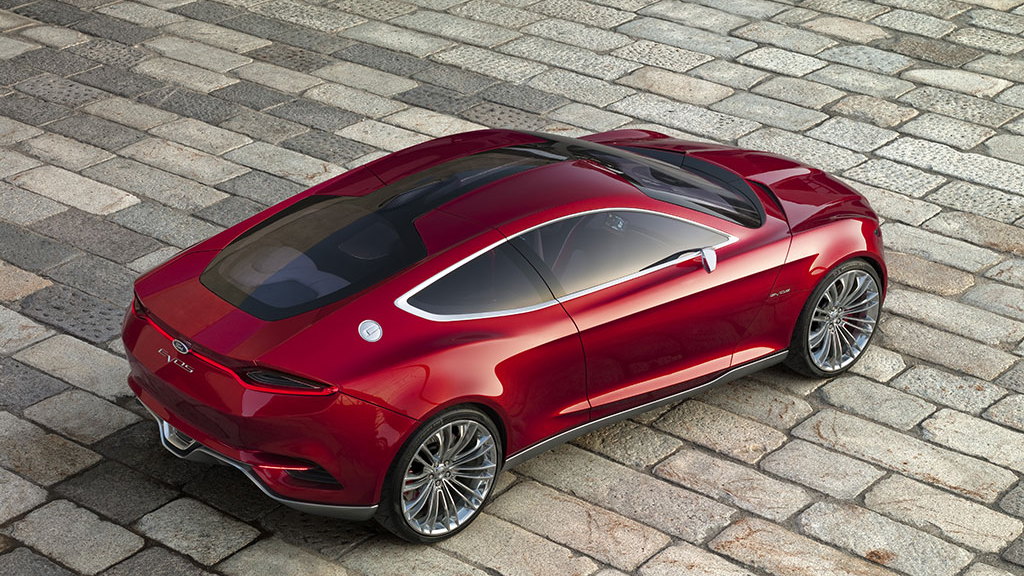 As promised, Ford is scheduled to unveil a brand new concept car at the 2011 Frankfurt Auto Show in just two weeks’ time, and in the lead up to the event the Blue Oval has released the first images and details of it: the striking new Evos plug-in hybrid sports coupe.

Not only does the Evos point at a possible future front-drive Ford coupe, it also showcases the automaker’s first truly global design language and a new vision for customer-focused and intuitive technologies.

The hope is that this new global design DNA, which is essentially yet another evolution of Ford’s original "Kinetic" design theme, will provide the automaker’s worldwide design teams with a common framework to guide the creation of new products, and hopefully make the whole process a lot more efficient.

Key features of the design include the fastback body, muscular haunches, and sporty profile. This dramatic exterior also conceals a four-door, four-seat layout--yes, the Evos features two pairs of gullwing doors--and packages them in a sleek coupe like body.

Overall measurements come in at 177 inches in length, 77 inches in width and a height of 53 inches. The wheelbase stands at 108 inches.

Connectivity is also a strong theme behind the design of the Evos.

For example, the car can know its driver's habits, and will automatically adapt handling, steering and engine controls to suit his or her personal taste. Beyond this, the car’s interface and telematics systems will also be able to recognize the driver’s work schedule and local traffic or weather conditions.

It could automatically play the same music or news program that was just streaming at the driver’s home, or heat or cool the interior to an ideal temperature before the driver gets in by predicting departure time based on his or her calendar. Finally, wirelessly communicating with devices in the home, the Evos could close the garage door and switch off the lights automatically as it pulls away.

Believe it or not, the connectivity of the vehicle can also help optimize the drivetrain, which in this case is a plug-in hybrid system matching a gasoline engine with an electric motor running on lithium-ion batteries.

The car is smart enough to enhance performance and efficiency by selecting the optimum combination of powertrain modes for any given journey, switching from electric only or gas only modes when necessary, or perhaps using a combination of the two. The powertrain would automatically ‘know’ when to save energy and switch modes, using information about the driver’s predicted travel route, any emission zone restrictions during the journey and current weather conditions.

In this way the overall driving range could be more than 500 miles on a single tank of gas and a full charge of the Evos’ batteries.

Sadly, Ford is keen to stress that you’ll never see the Evos on the road, though many of its distinctive design features will feature on next-generation Blue Oval models including the Mondeo/Fusion/MKZ replacements and, possibly, the long-rumored three-door Focus.

Stay tuned for live shots of the Ford Evos direct from the 2011 Frankfurt Auto Show, press days for which kick off on September 13. In the meantime, follow our complete coverage of the event by clicking here.