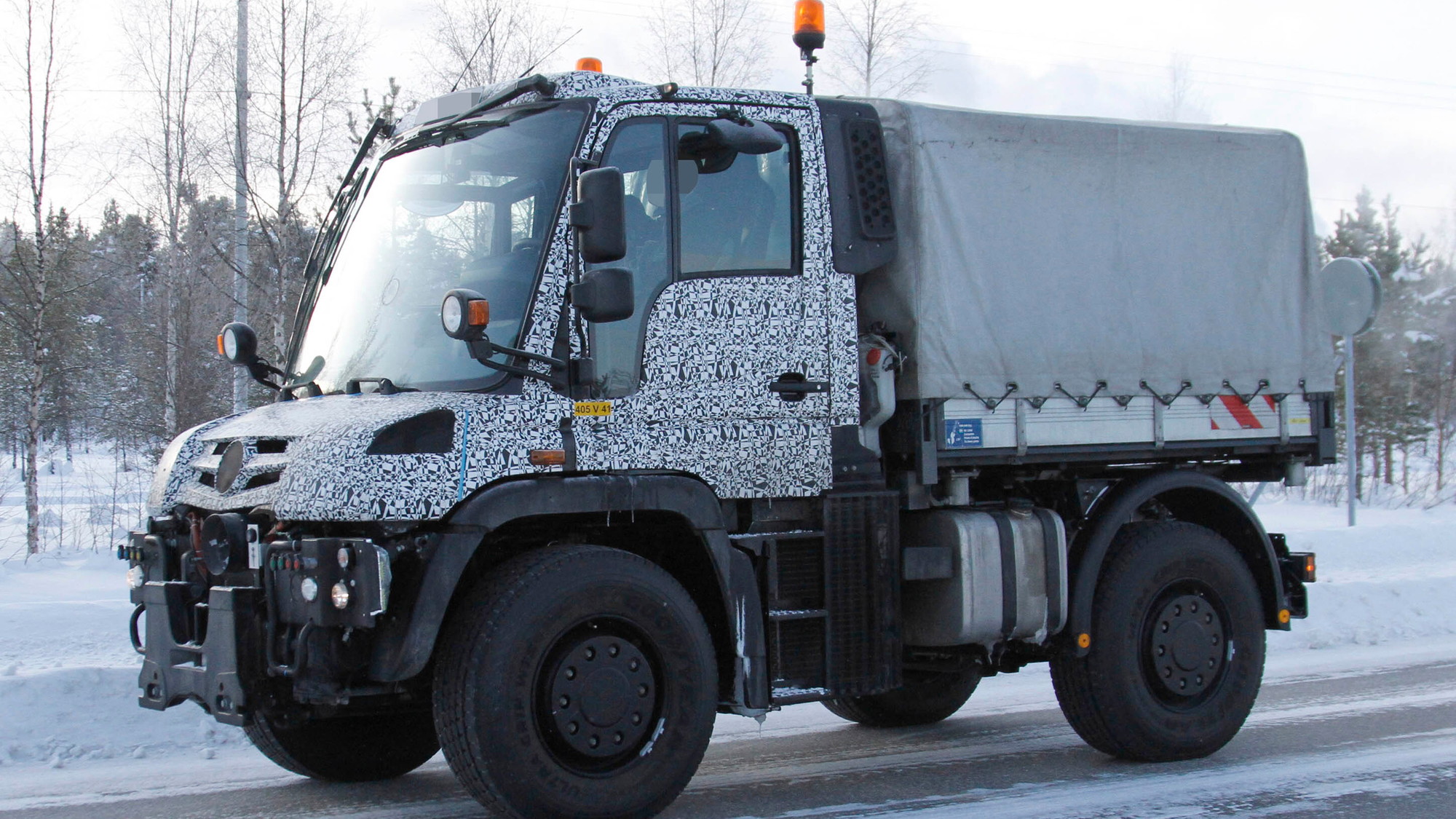 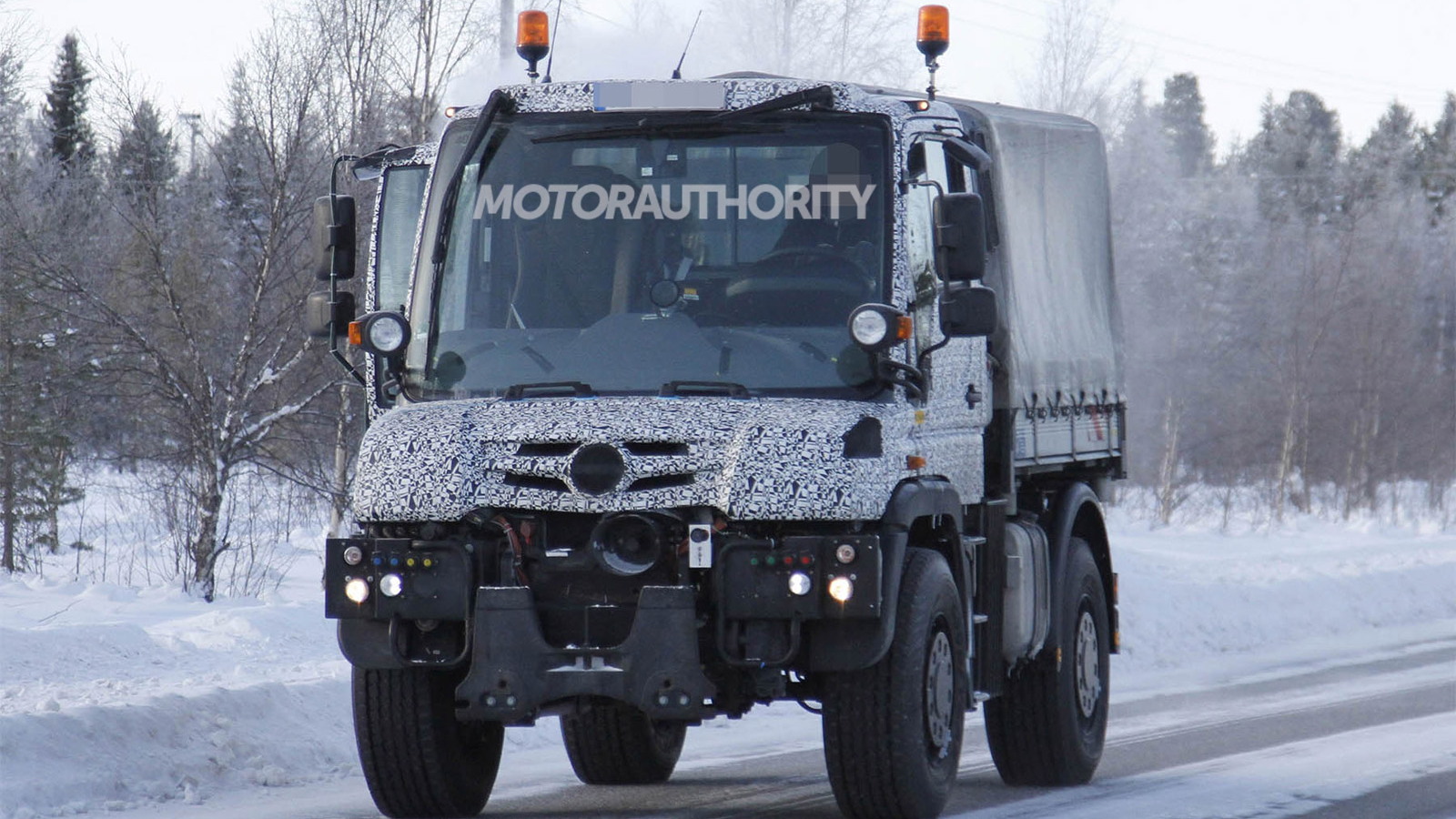 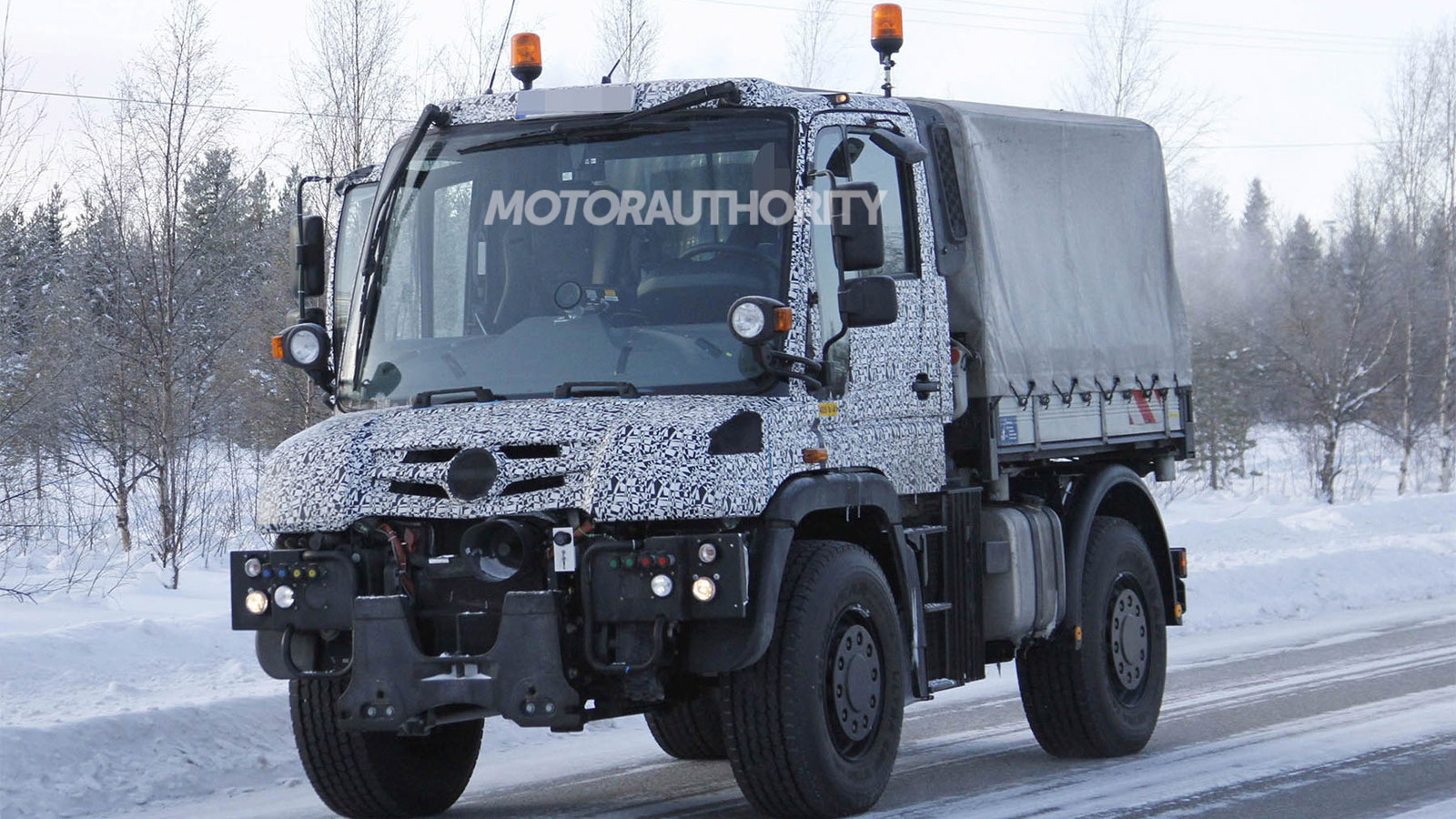 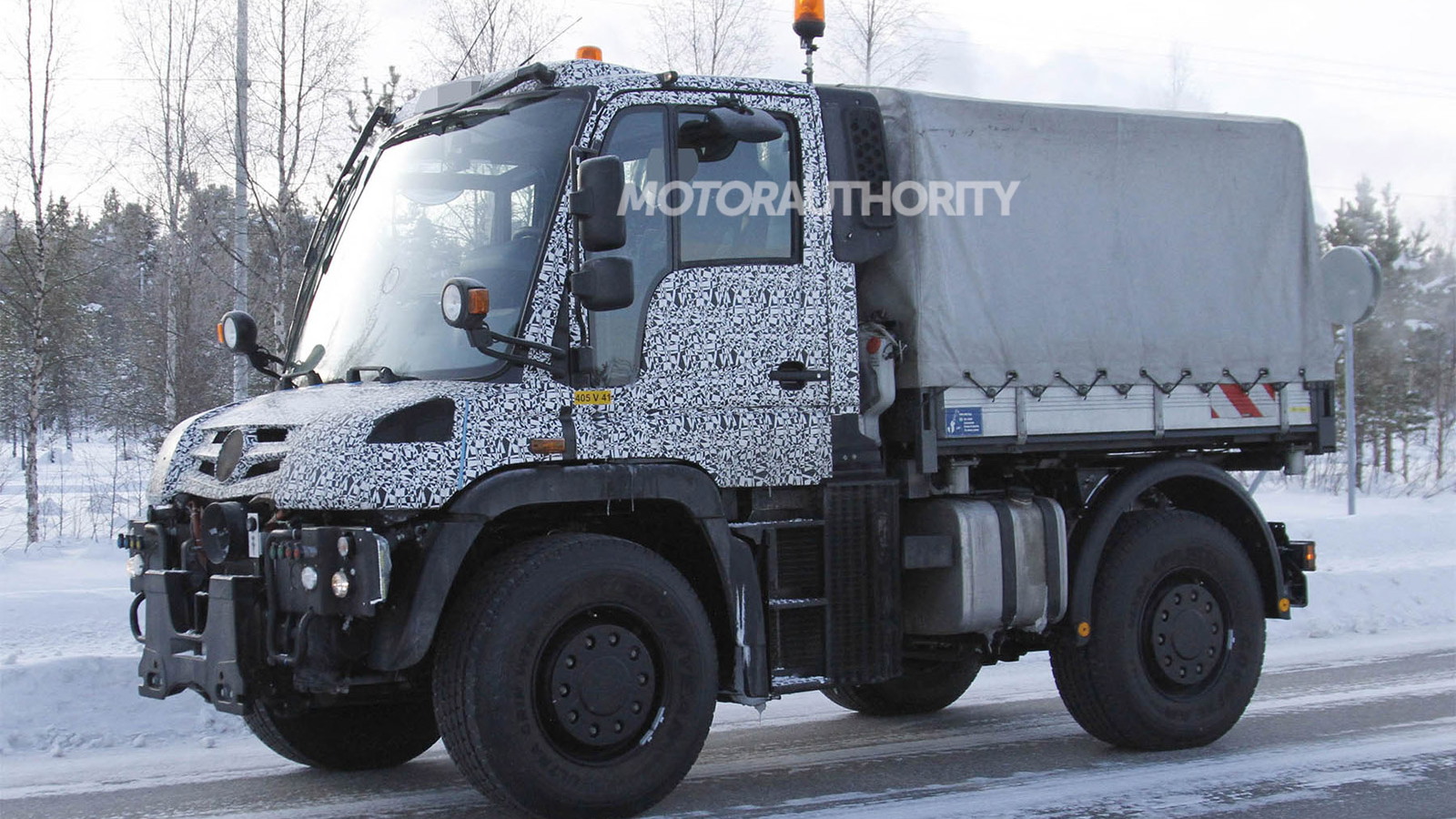 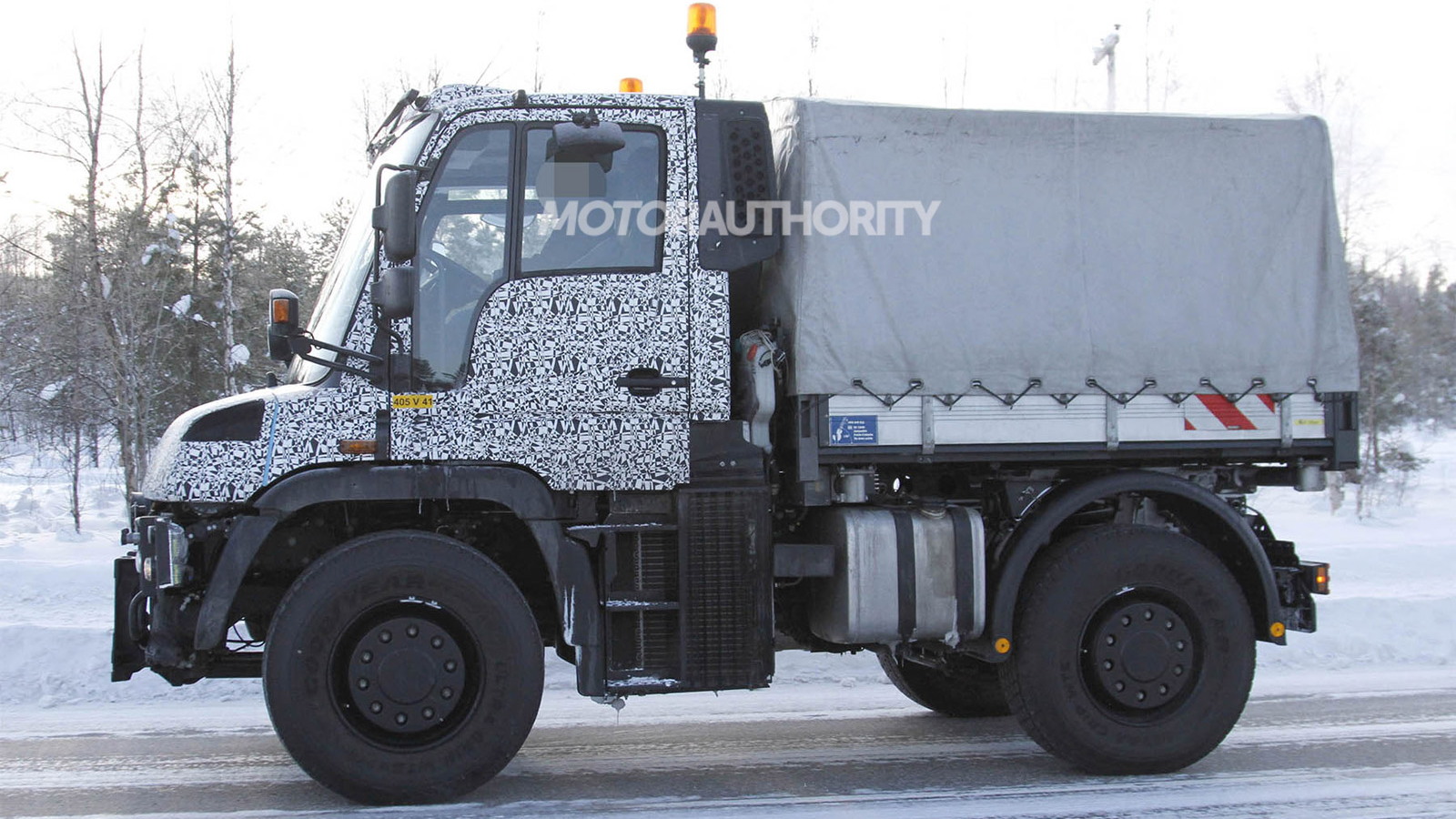 8
photos
Last year, Mercedes-Benz celebrated the 60th anniversary of its Unimog, a heavy-duty commercial vehicle built for the toughest conditions.

Time doesn't stand still though, and the next generation of Unimog has been caught testing in winter conditions, to ensure it'll play its part in the next sixty years.

Unimog is an acronym for the German 'Universal-Motor-Gerät,' Gerät being the German word for machine or device. Think of it as the automotive equivalent to the Swiss Army Knife and you won't be far off.

The prototype is undergoing trials in very cold conditions--the sort of snowy, icy conditions that some Unimogs may see service in, so the testing is demanding.

The light disguise hides a new design for the vehicle, and it should share some details from the 60th Anniversary Concept Mercedes-Benz showed last year.

You can be sure there's some new technology in there too, helping make the next generation Unimog tougher than ever. That'll include a heavy-duty all-wheel drive system and the current Unimog's party trick of allowing the driver to switch between left- and right-hand drive.

Mercedes' frequent updates to the Unimog ensure that while the design is familiar, the engineering is tough enough to last another sixty years on its own.