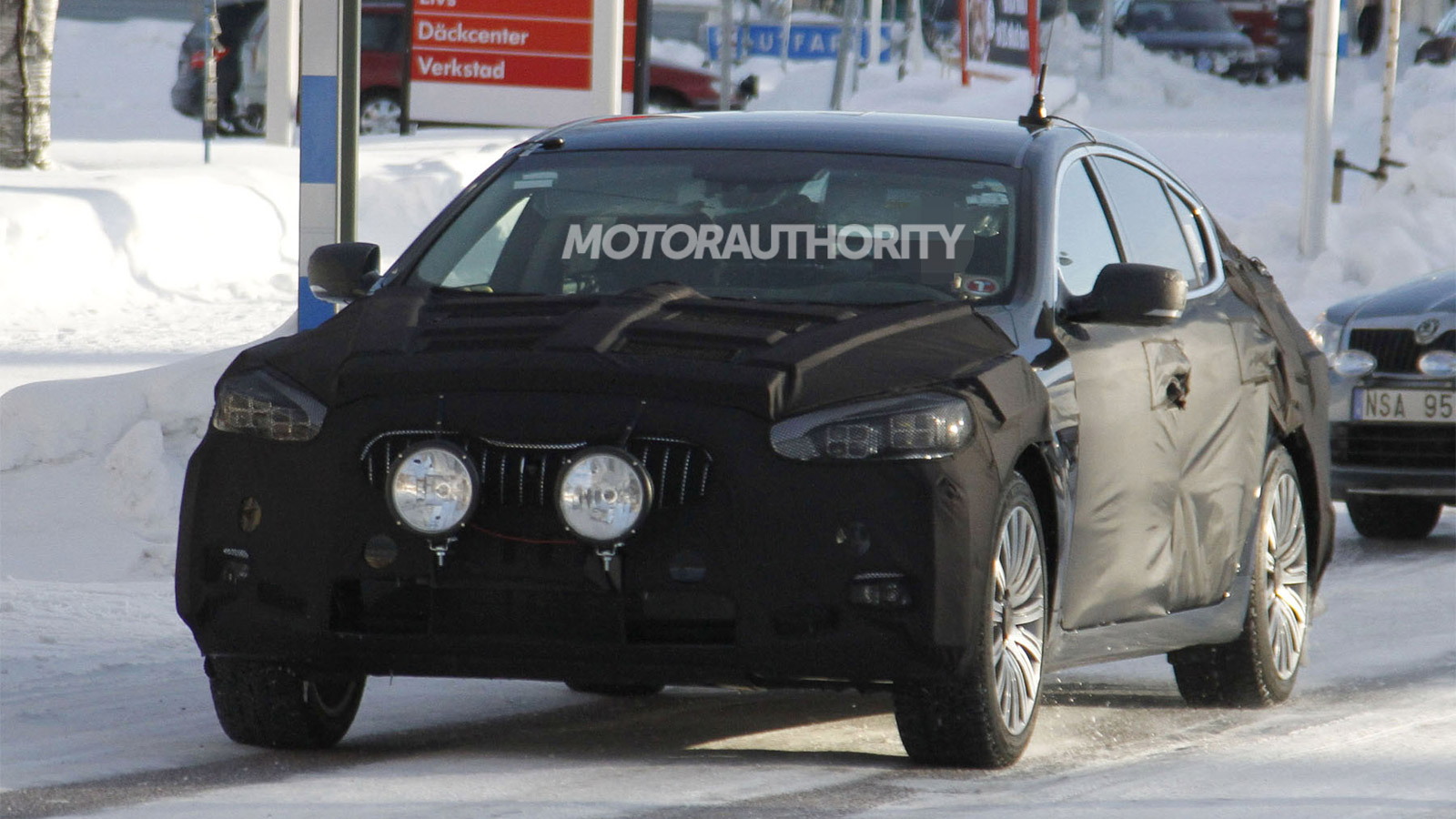 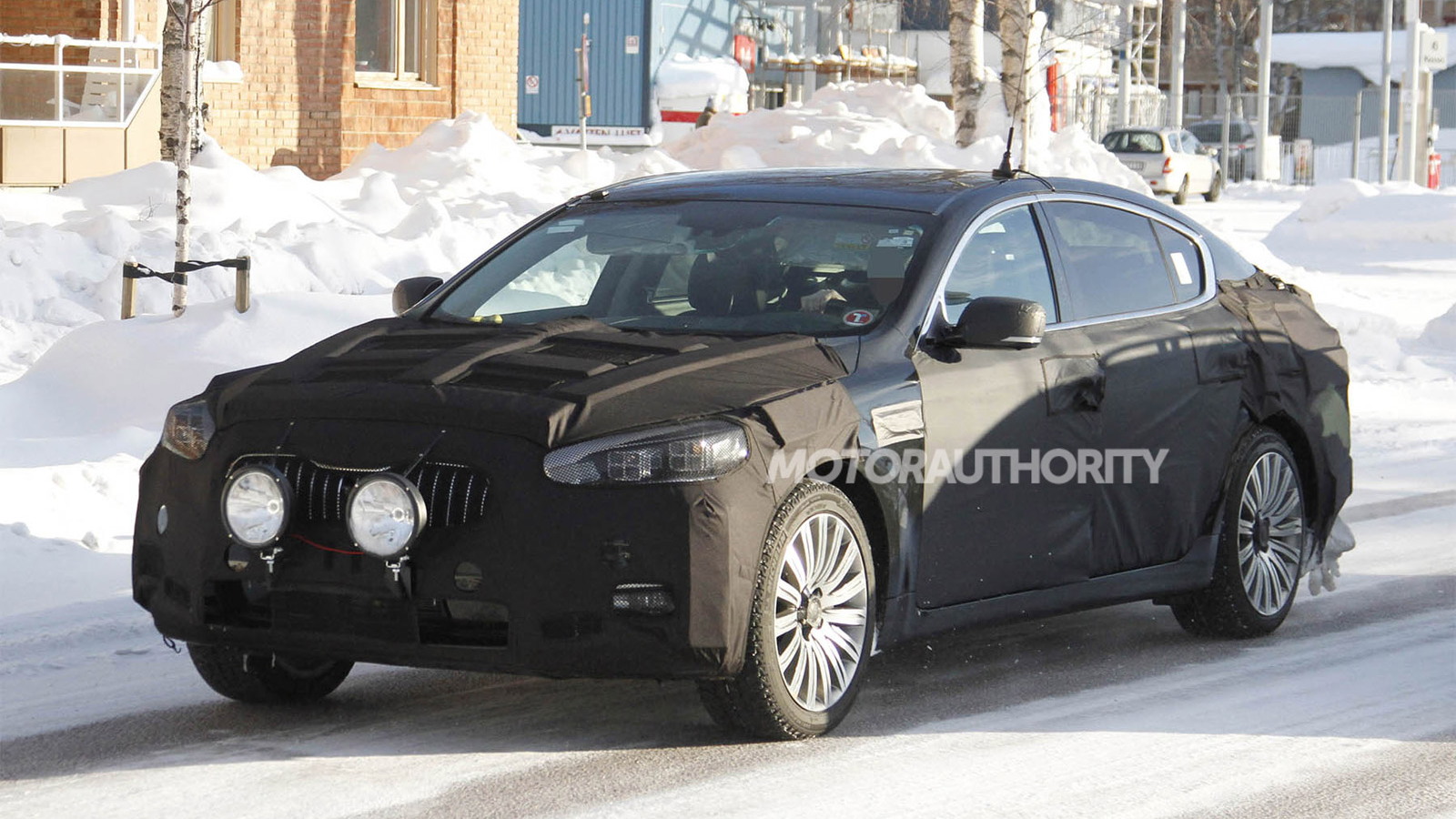 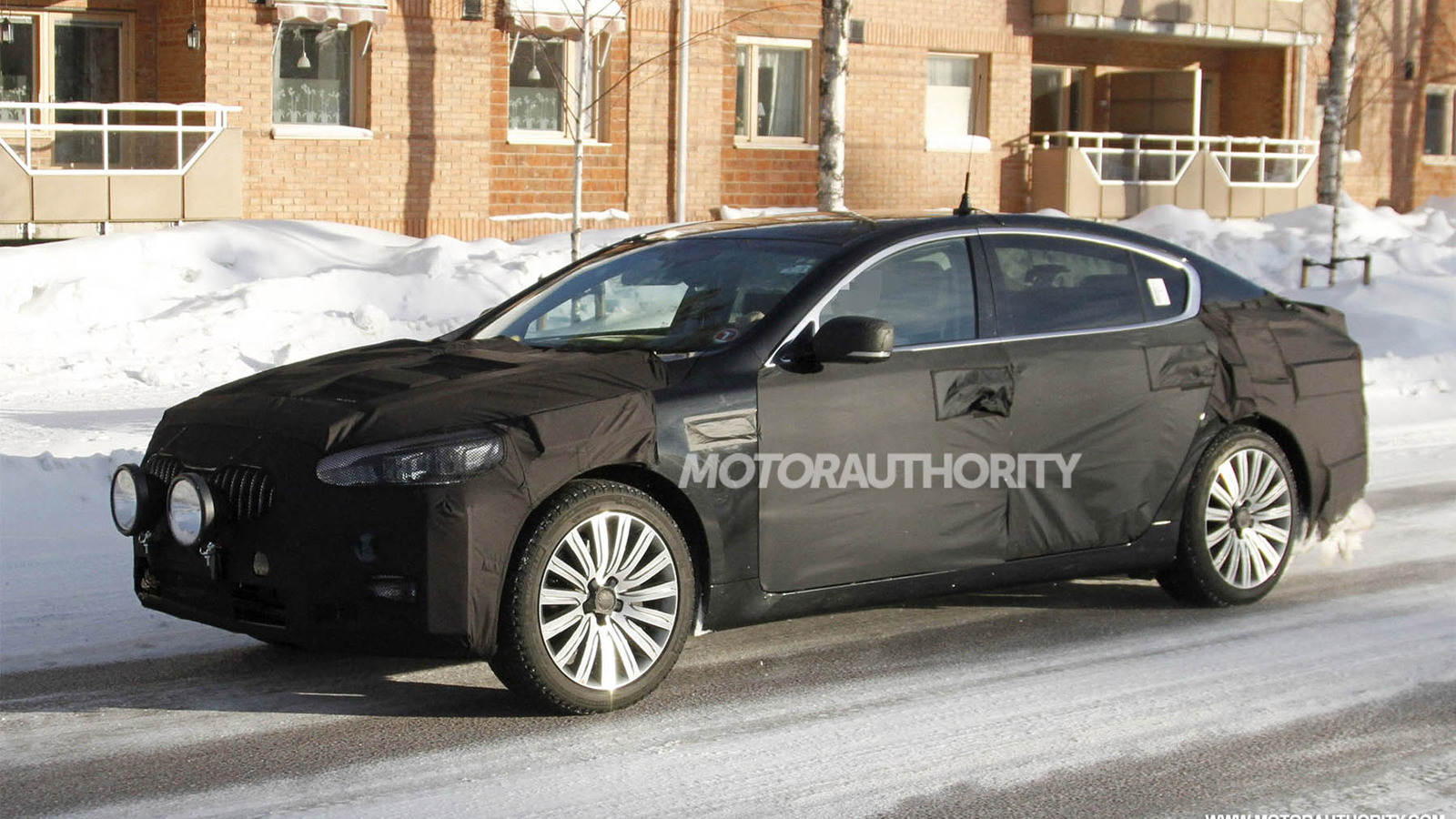 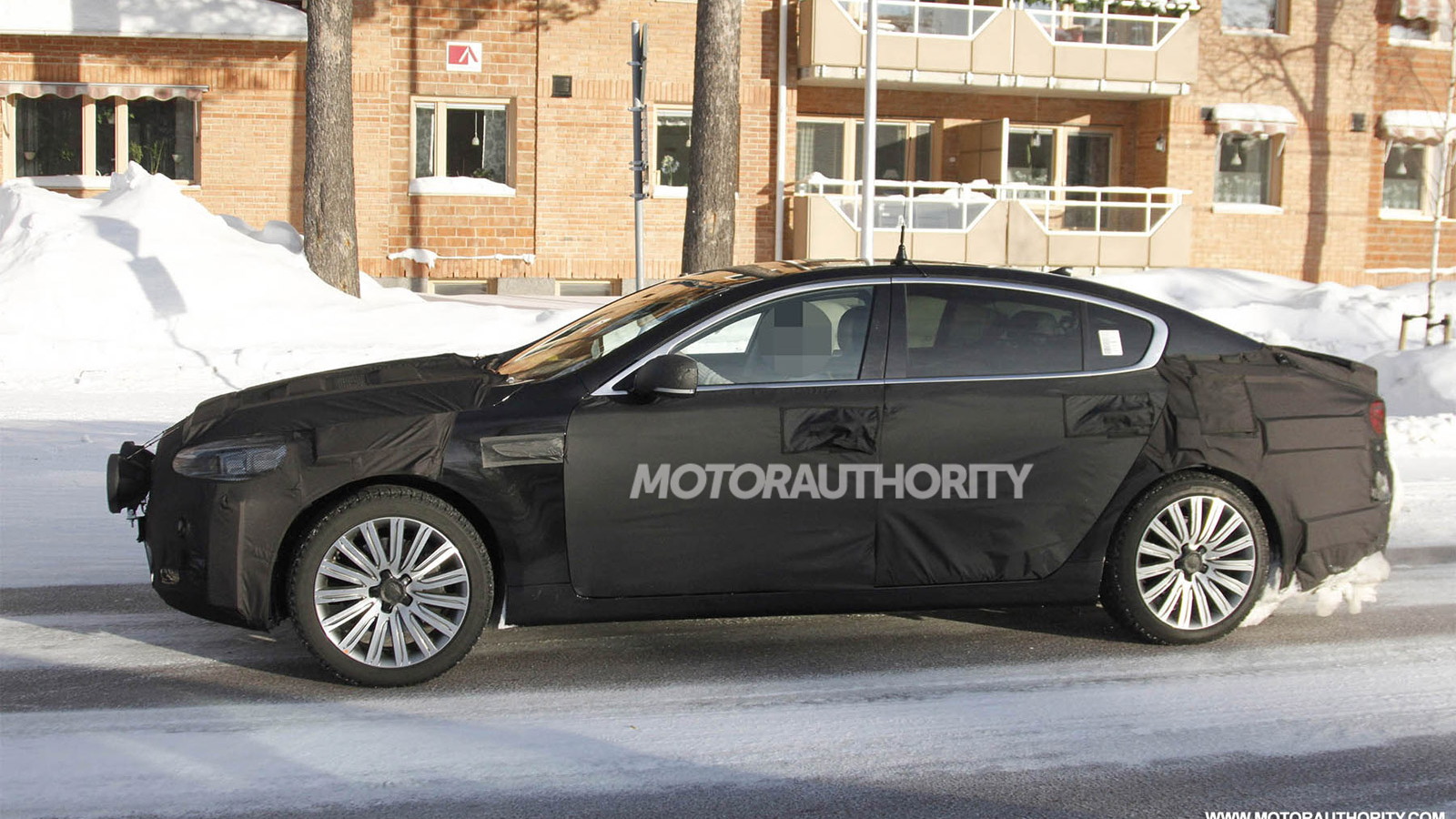 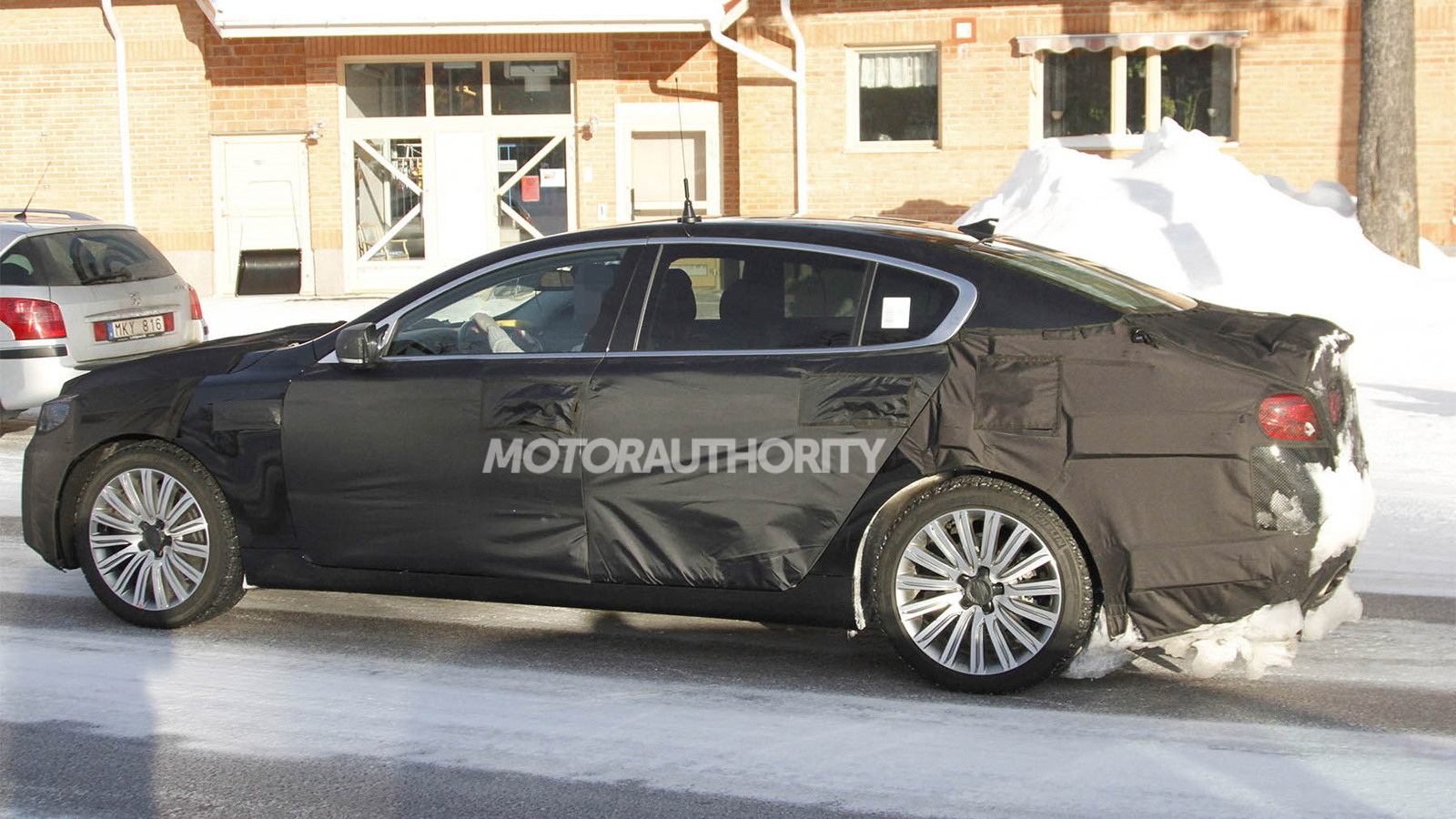 18
photos
UPDATE: The 2013 Kia K9 has made its official debut. Click here for all the details and photos.

The signs have been there for a while now, starting with 2009’s KND-5 Concept and continuing with last year’s striking GT Concept.

Since then, however, Kia has released the first tentative details and a handful of teaser sketches for its new flagship, which is code-named the KH (previously the K9).

The new prototype is for a rear-wheel drive sedan based on the platform of sister company Hyundai’s Equus and not the smaller Genesis as previous speculated. Kia’s version appears to feature a less conservative design that should help attract younger buyers than your typical Equus fan.

The styling of the car draws its inspiration from the theme “distinctive, modern and classic,” which you can bet will include plenty of LED detailing, bold character lines, and a purposeful stance. According to Kia, the KH’s profile was a key focus for the design team. It features a simple side character line to give a feeling of spaciousness while emphasizing the new model’s bold and dynamic image.

We can clearly see a front-end design inspired by the look of Kia’s recent GT Concept and featuring the automaker’s family-look radiator grille and modern, tapered-back headlamps. Overseeing the design is Kia’s styling chief, Peter Schreyer, the former Audi designer responsible for the lines of the first-generation TT. 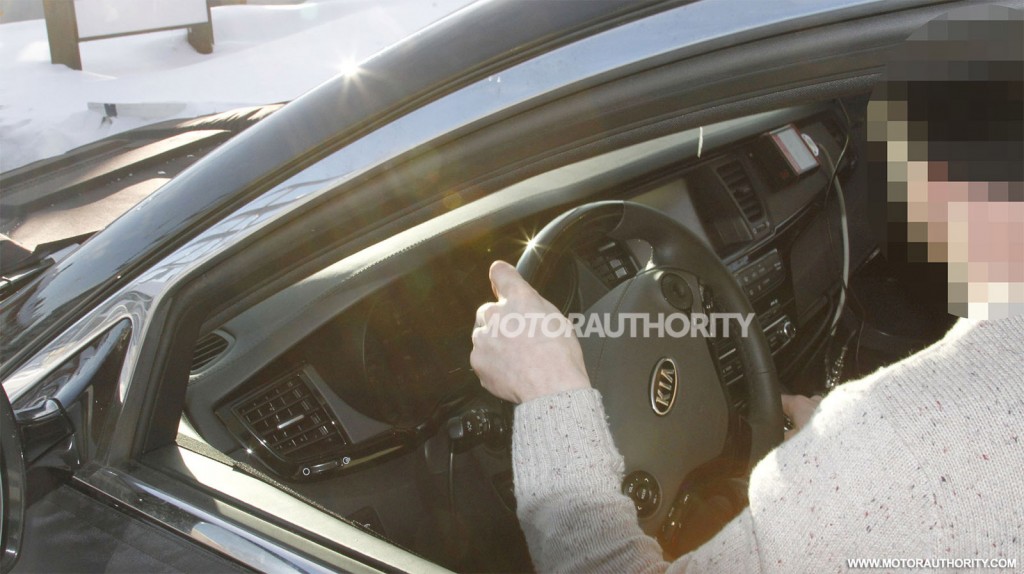 As mentioned, the KH's mechanicals will be shared with the Equus, which will likely see the KH come with a V-8 engine matched to an eight-speed, or possibly even a 10-speed, automatic transmission. Expect the smaller 385-horsepower 4.6-liter V-8 to help differentiate the KH from the 5.0-liter endowed Equus. A diesel option should also be offered for European buyers.

First sales are scheduled to start in Kia’s domestic market in the first half of the year. Kia is keeping quiet on launch plans for other markets as some of these dates, including an arrival in the U.S., are still being evaluated. However, being Kia’s new flagship and showcasing the best design and engineering talents the Korean automaker has to offer, it will be highly unlikely that the KH doesn’t eventually arrive on U.S. soil.