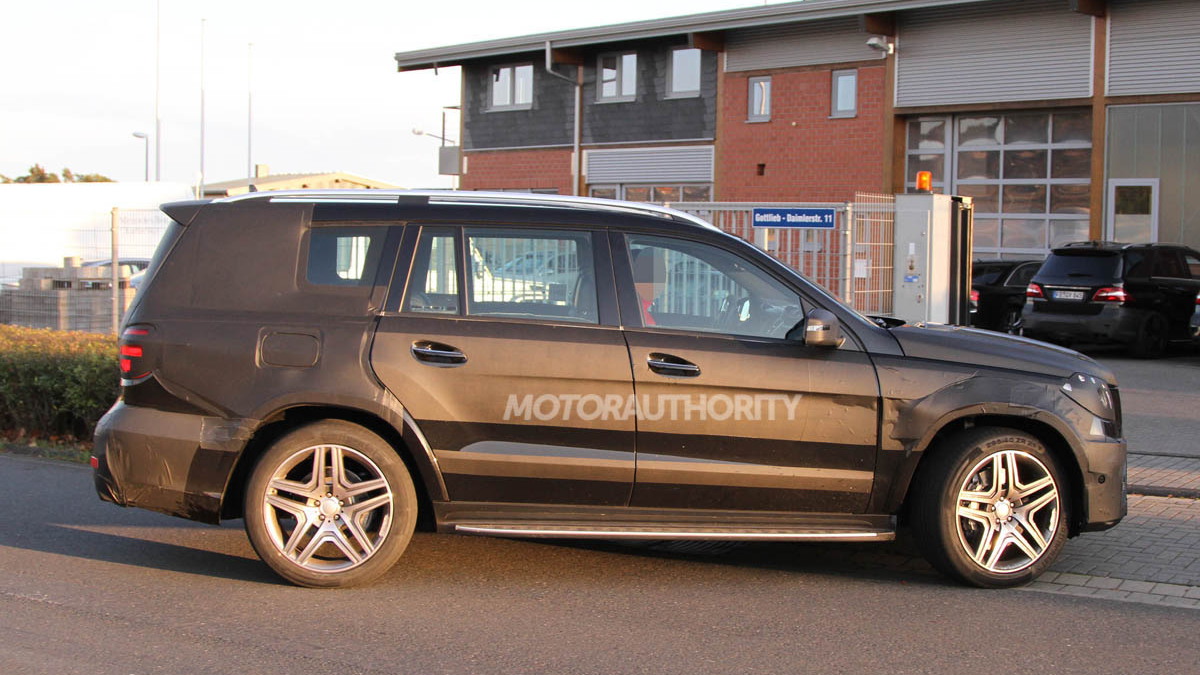 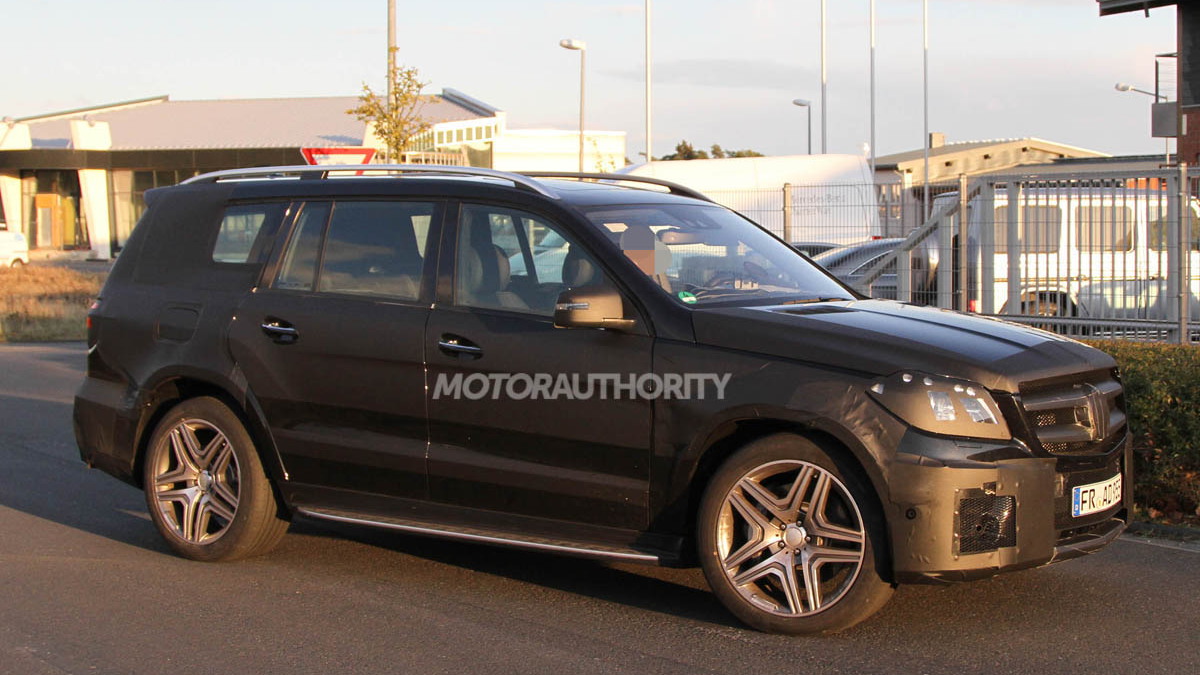 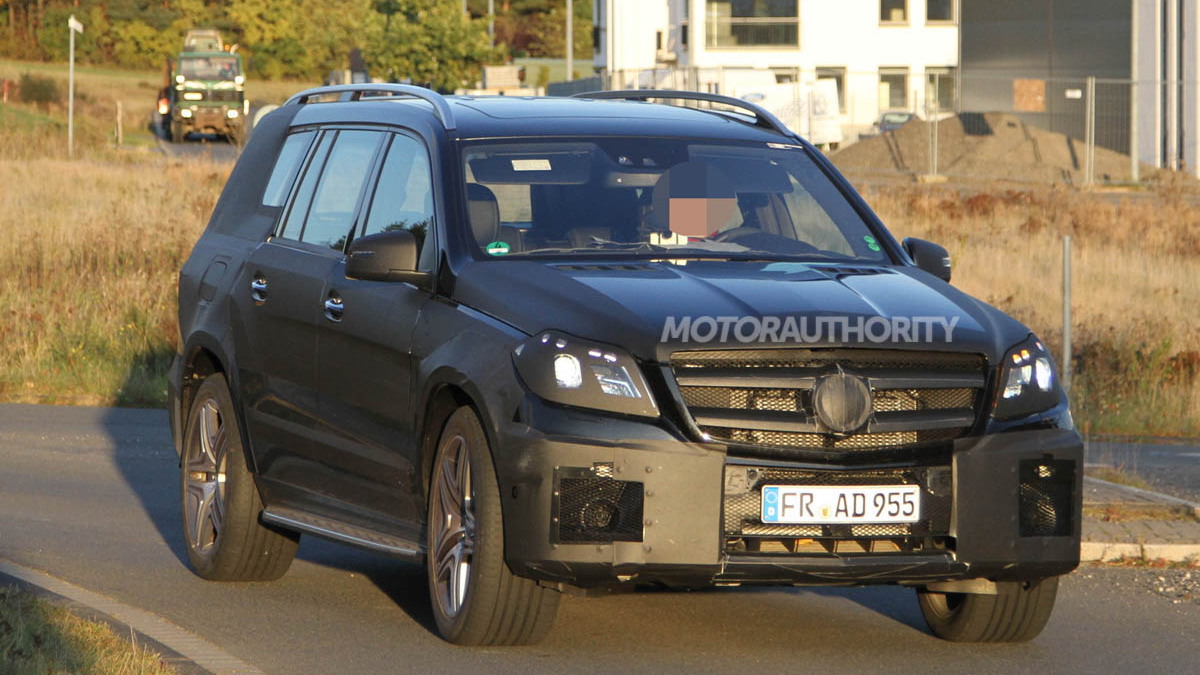 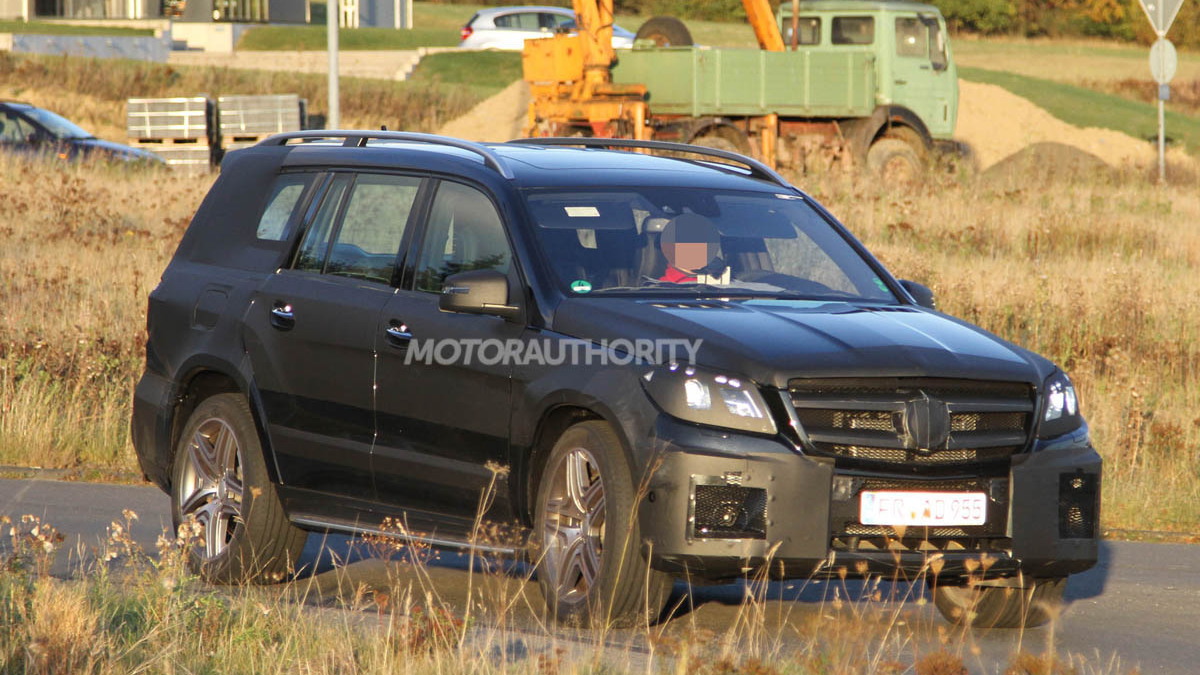 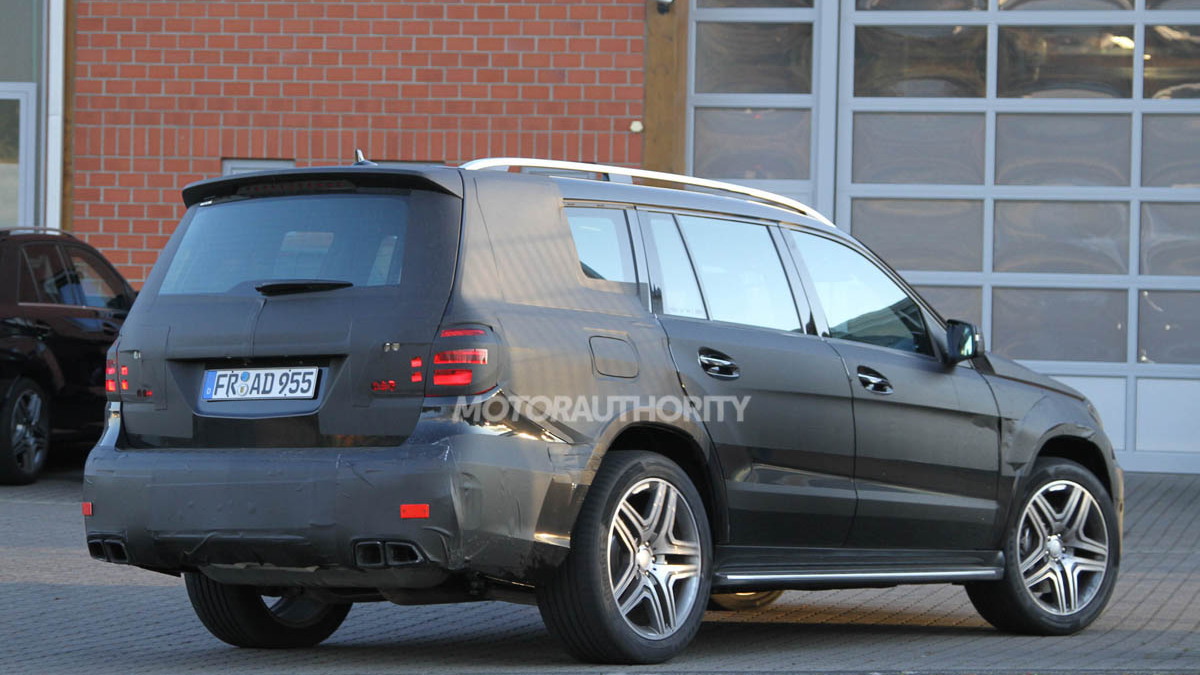 Following the launch of the new 2012 Mercedes-Benz M-Class SUV is a redesigned GL-Class due early next year, a high-performance AMG variant of which has been captured here in prototype form by one of our sleuth spy photographers.

First seen as a test-mule in the U.S., these latest prototypes show the nearly complete form of the upcoming Mercedes-Benz GL63 AMG, this time captured near the Affalterbach tuner’s headquarters in Germany.

Other signs that this is a high-performance AMG model are the sporty wheels, quad exhaust tips, and uprated brake rotors.

Under the hood should sit AMG’s latest twin-turbocharged 5.5-liter V-8 engine. The V-8 engine produces more power and torque than AMG’s outgoing 6.2-liter naturally aspirated mill, with output peaking at 544 horsepower and 590 pound-feet of torque in some guises.

An available Performance Pack, however, will see output increase even further to 571 horsepower and 664 pound-feet of torque thanks to additional boost pressure from the turbos.

Look out for the debut of the new 2013 Mercedes-Benz GL-Class, including this GL63 AMG model, early next year.

Also in the works is a new ML63 model from AMG based on the latest 2012 M-Class, which you can see spy shots of by clicking here.