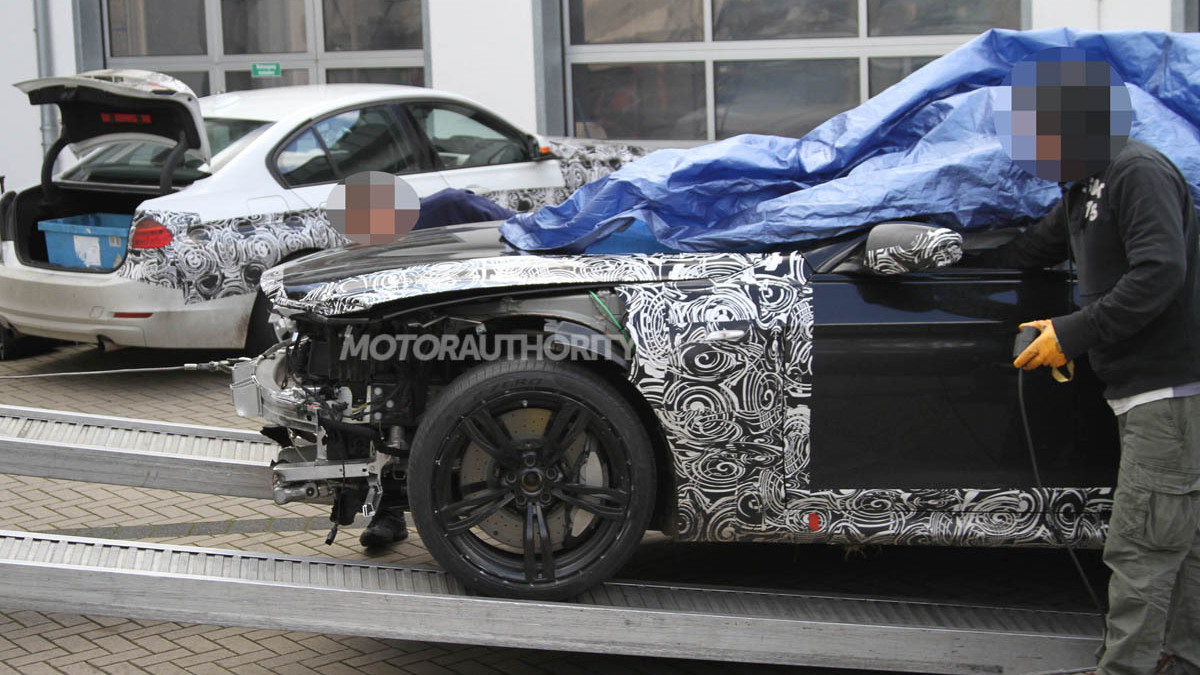 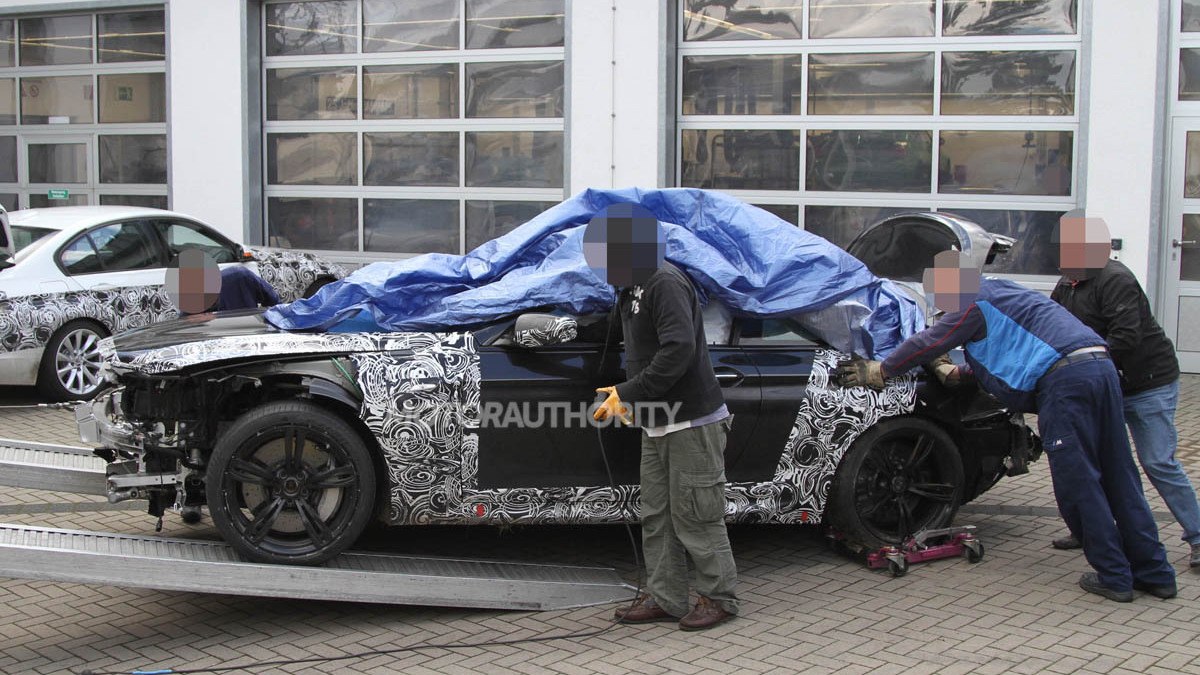 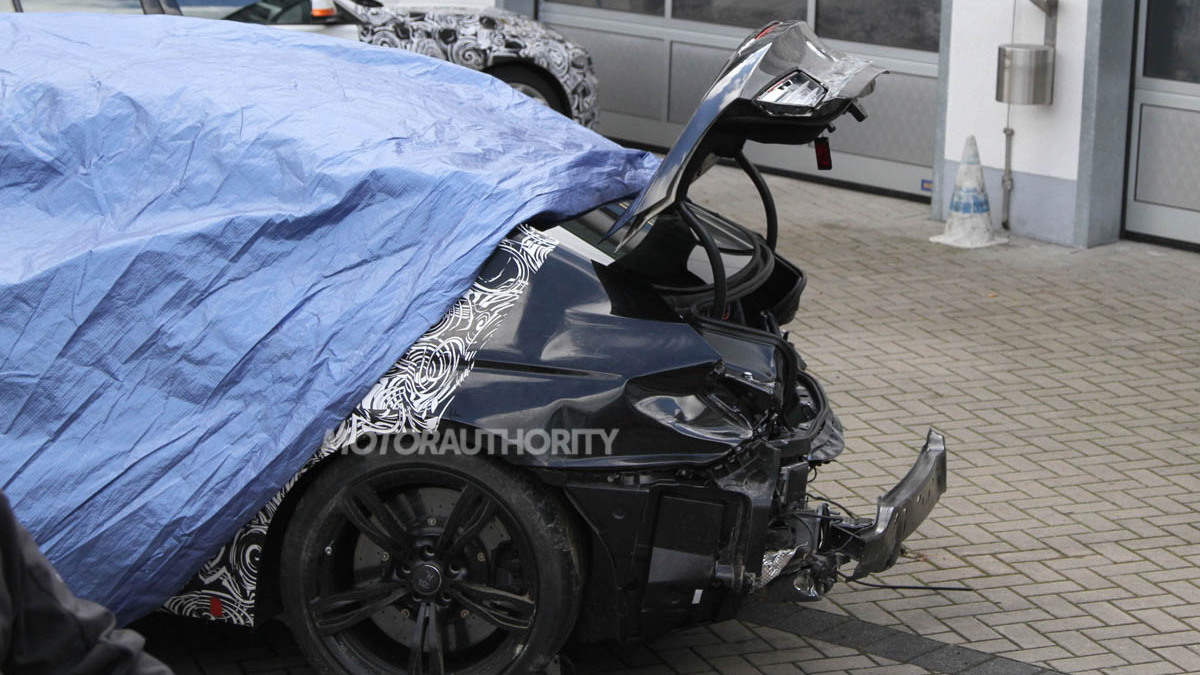 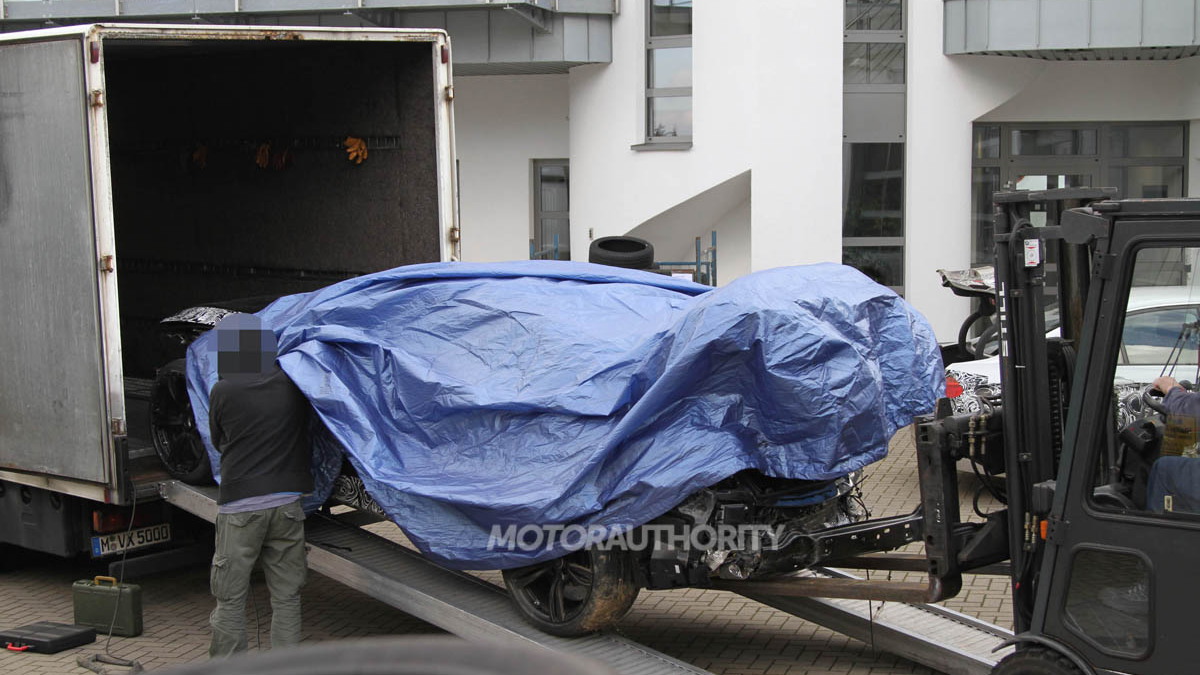 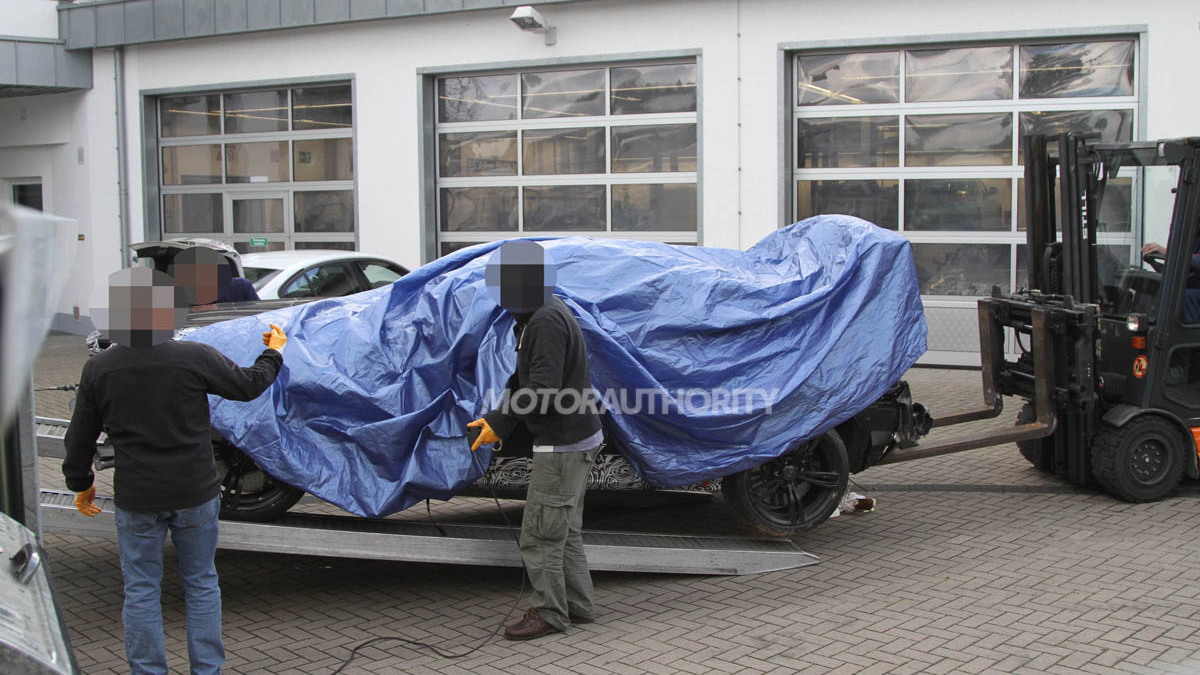 26
photos
It's still months away from reaching showrooms, but the 2012 BMW M6 has been captured once again in testing by our spy photographers. We've seen the car before--including after contact with the track's barrier's--but this time, the accident was much worse.

That's right, the next-generation BMW M6 has once again met with the armco at the Nordschleife, and this time, it was a bit more intimate an encounter. As the latest images show, the damage to both the front and rear end is extensive, indicating the car may have spun. According to our spies, the accident happened at the Fuchsroehre section of the track--just eight laps short of finishing a massive 300-lap endurance test. The driver probably lost concentration and made a small mistake--but that's all it takes at high speeds on a treacherous track.

Regardless of the damage, the prototype is thought to packing the same twin-turbocharged 4.4-liter V-8 found in the recently revealed 2012 BMW M5, and the full 560 horsepower and 502 pound-feet of torque that comes with it.

In the slightly lighter M6, the force-fed V-8 should deliver 0-60 mph acceleration around the 4.0 seconds mark, 0-124 mph in less than 13.0 seconds an electronically limited top speed of 155 mph, though an unlimited option will likely be available.

Opt for the available performance package and that top speed figure should rise to 180 mph.

Drive will be sent strictly to the rear wheels via a seven-speed M DCT dual clutch transmission with launch control and paddle shifters. While a manual M5 is expected for the U.S. market, it’s unclear whether the M6 will get one. Only time will tell.

We've already seen the next-gen 6-Series Coupe, and brought you our first-drive impressions of the convertible, but the M6 packs some slight yet significant changes. In the photos, we can see quad exhaust outlets, reworked front and rear ends to snag more airflow while minimizing lift, and a similar but sleeker overall profile compared to the current model.

An M6 Convertible is also in the works. You can see spy shots of it by clicking here.

The 2012 BMW M6 is likely to make its world debut around the end of the year, with sales to start shortly after. Stay tuned for more details and images as development continues.