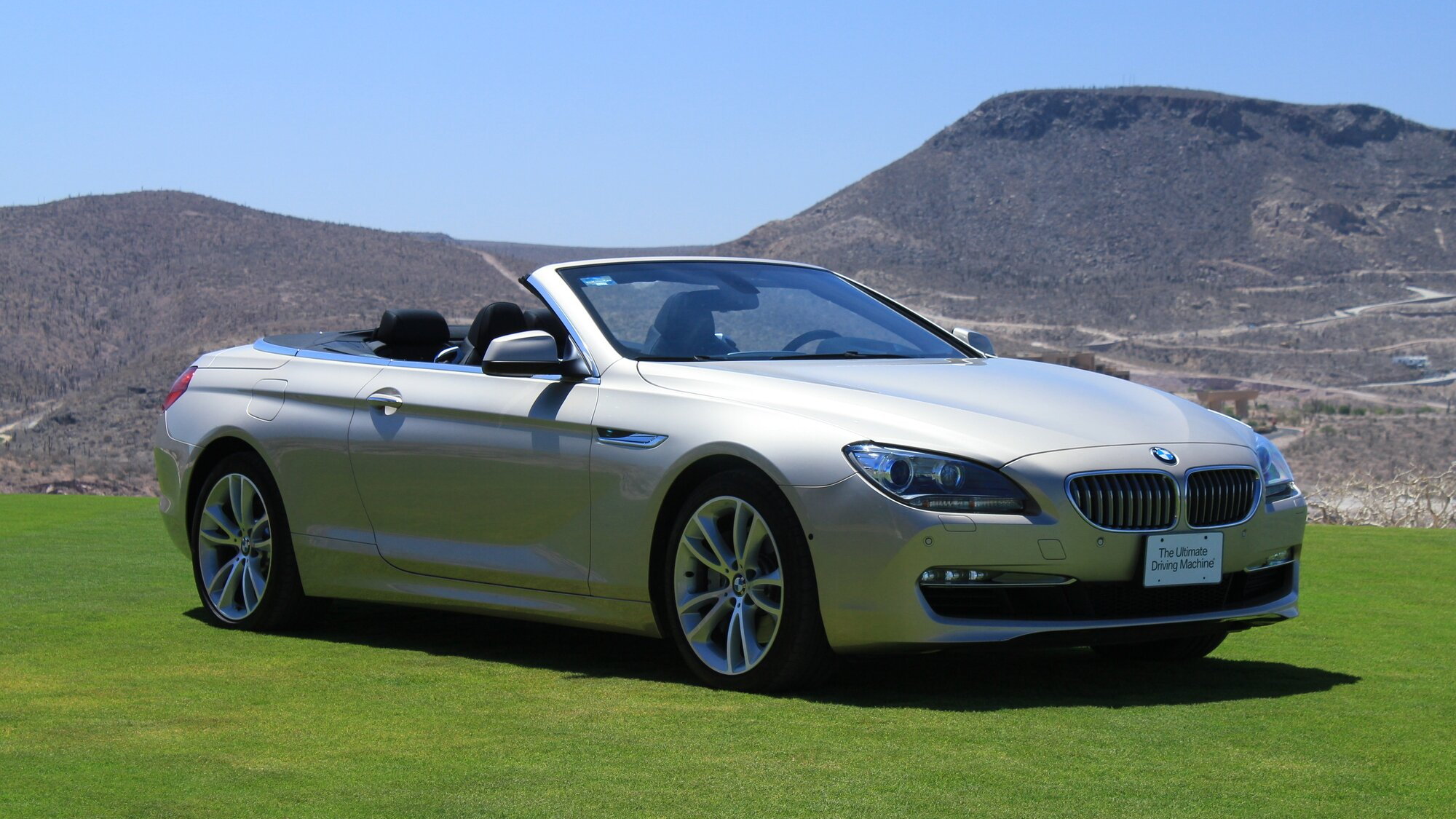 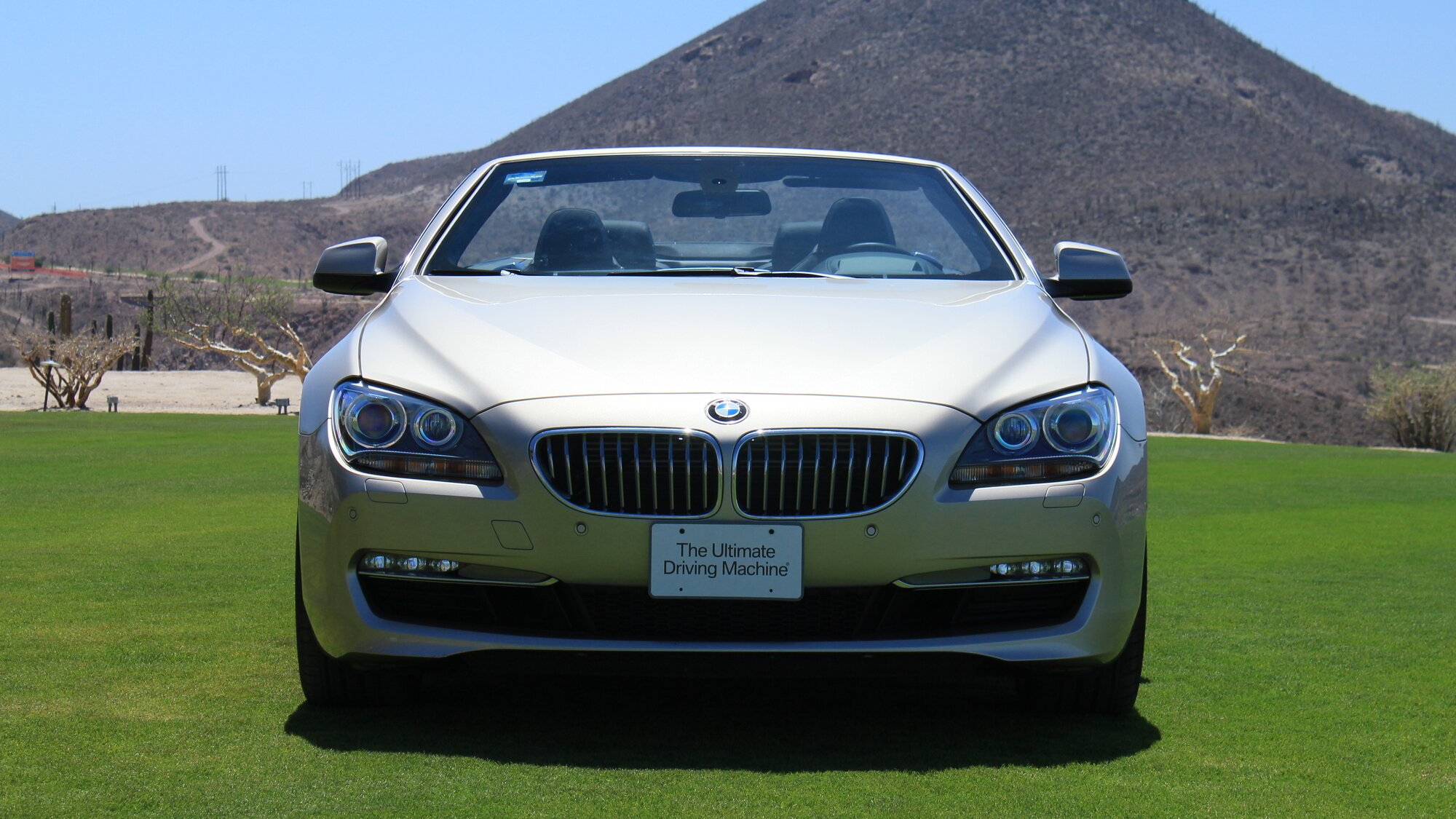 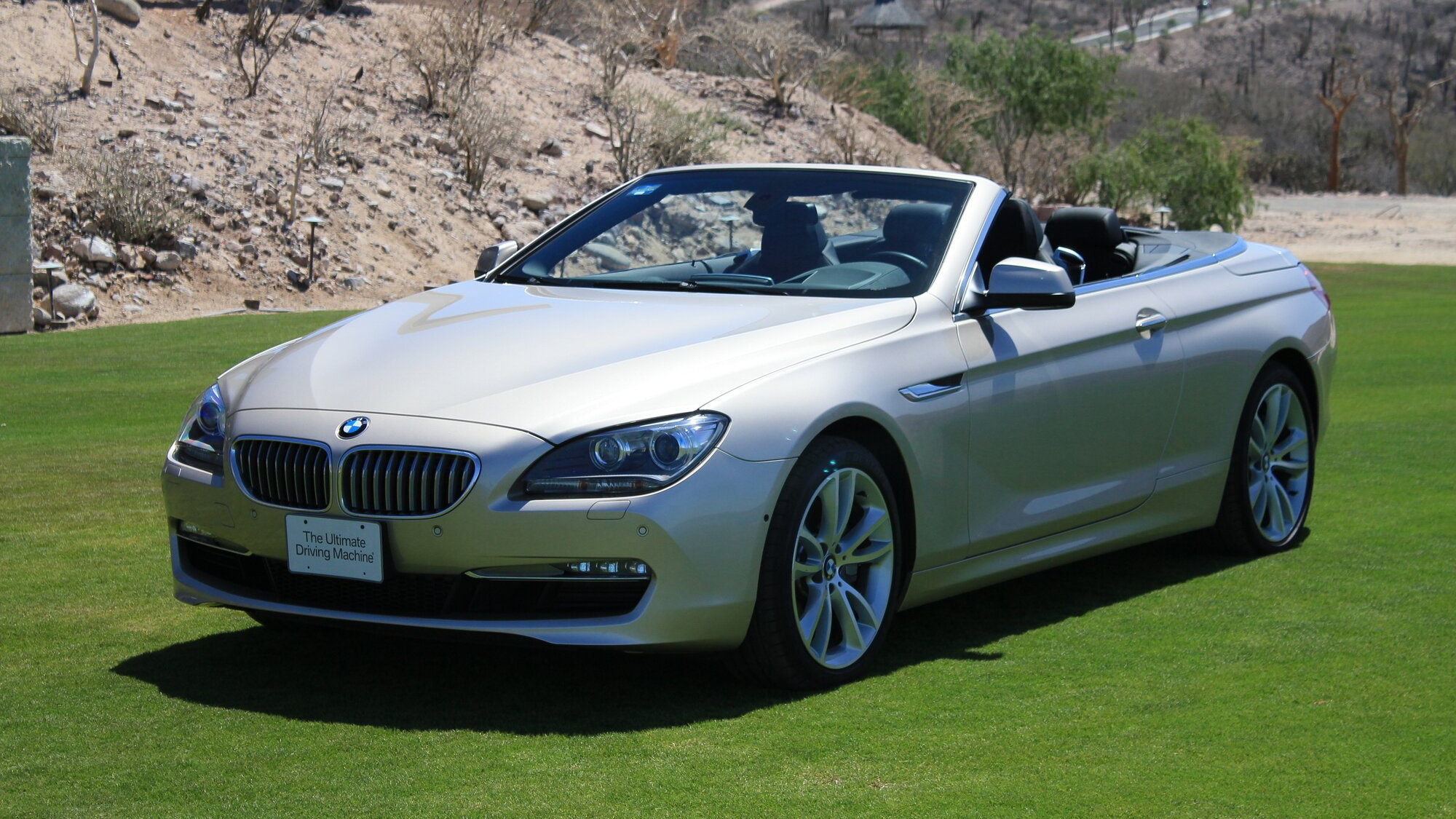 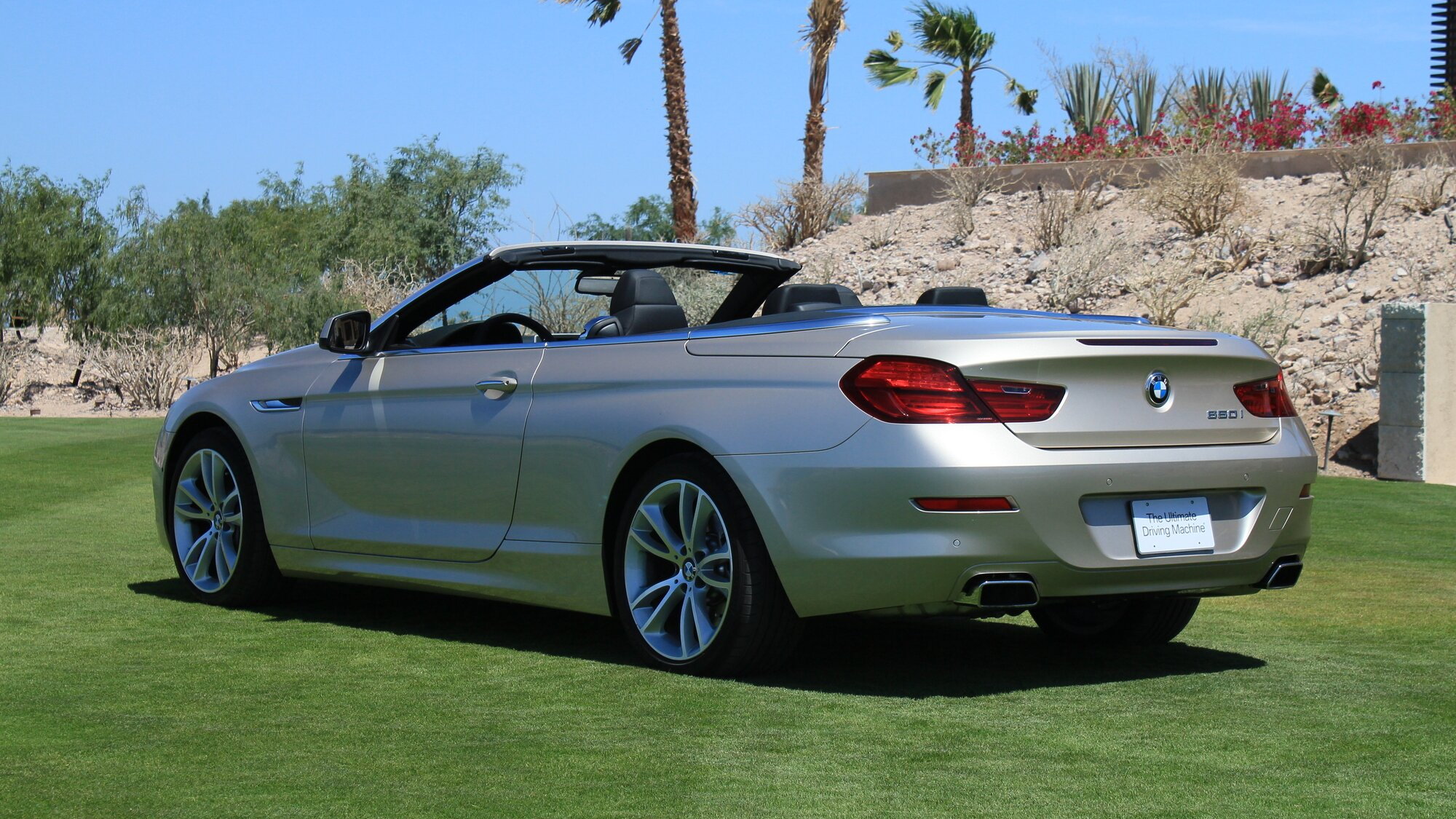 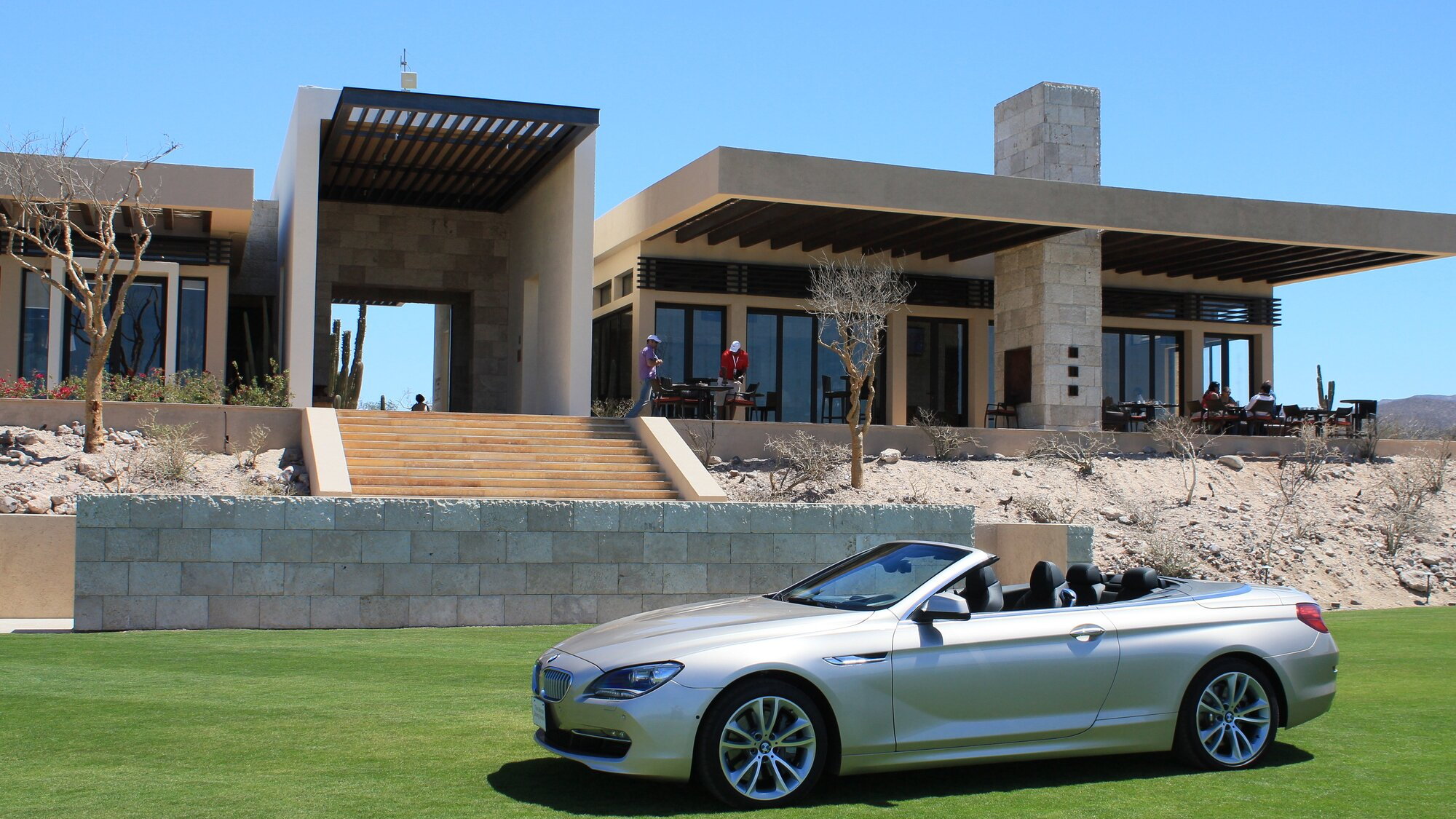 If you've never been to the Los Cabos region of the southern Baja California peninsula, you should start making plans now. While you're at it, try to find a way to secure a 2012 BMW 650i Convertible to drive while you're there.

I make the recommendation based on my recent trip to drive the car at the North American launch event, thrown by BMW to show the car in the best light possible. While driving from San Jose del Cabo to La Paz, I realized: it was a risky choice to pick this particular resort area and its surrounding environs.

Not because of Mexico's much-discussed, sometimes justified reputation for danger, nor because the resort itself had any failings--it was almost embarrassingly luxurious--but because few places in the world so dramatically highlight the gap between the rich and the poor, and with so sharp a dividing line, as Baja. Yet I shrug off, at least temporarily, the guilt this knowledge brings. How can I be so callous?

Perhaps because I'm a typical first-worlder, desensitized to opulence and blind to the stark, brutal lives of the truly poor. Or perhaps because there are 407 twin-turbocharged horses and 443 pound-feet of torque under my right foot, eagerly stripping away all such deep and troubling thoughts at every corner. If it's a sin to lose oneself or one's human concern in such simple joys, I'm damned.

The 2012 650i delivers these joys in abundance, and with a refinement that's just subtle enough to live with. Each upshift is met with a muted five-beat thrump from the exhaust, each downshift with a clean rev-matched bark. Slip out of sport manual mode and let the eight-speed auto do the work, and you'll find yourself enjoying scenery you might have missed on a more intense drive while still devouring tarmac with Langolier-like pace and implacability.

That, in a nutshell, is the beauty of the new 6-Series: it's a born-and-bred grand tourer. Like any good GT car, it can hustle with near-sports-car-like aplomb, though it prefers to settle into a brisk but fluid lope. The convertible's interior enhances the serenity of high-speed touring, masking enough wind and road noise even at triple-digit speeds to permit civilized conversation, while raising the top brings it in line with a coupe or sedan. That's a notable feat in itself considering the 6er's soft top.

Selected by BMW for weight and cargo space savings, the cloth top does its job brilliantly, acting as a welcome respite from the elements while preserving a 50.4/49.6-percent front/rear weight balance. As the convertible is built from a different body-in-white than the coupe, it has its customizations baked in from the start, resulting in a weight gain of just 300 pounds. Neither feat would have been likely had BMW opted for the hard top found on many comparable cars.

BMW's previous 6-Series was often lambasted, somewhat beyond justification, for its boat-like tail and occasionally bloated angles. The new one fixes almost all of that, tying what is ultimately a slightly longer, wider car into a much more sleek and taut package. Visually, it's still clearly a 6-Series, yet it's also very different. Our only quibble with its looks lies in the seeming acres of metal that make up the hood, and the sometimes-odd-looking creases that form a V near its nose. My eyes kept catching the shape at odd angles, and never quite got used to it. Others found no such complaints, however, so it's likely in the eye of the beholder.

Materials, fit, and finish are all what you would expect from a $100,000 car as well: supple leather, quality switchgear, tiny panel gaps, an almost complete absence of rattles, creaks, or groans. The chassis helps carry off the interior's quality, flexing so little as to make cowl shake (often seen as the vibration of the windshield frame in relation to the body) nearly unnoticeable even over the often bumpy and broken roads of the Baja interior--though the adjustable suspension helps here as well.

With four modes available (comfort, normal, sport, and sport plus) the suspension offers a much broader range than many similar systems. Comfort mode is so floaty it's almost comparable to the American luxo-barges of the 1960s, complete with the gentle after-bump oscillations most closely associated with brands like Cadillac and Buick. Defaulting to normal mode, the system provides a much more German interpretation of how a car should feel, with firmer damping and crisper responses, though without the edge you find in sportier cars. Click up to sport and the edge is back; take it to sport plus, which also disengages traction control, and you're ready to carve canyons until your passengers tire of resisting the car's prodigious grip.

Whether you're cruising at a tourist's pace or racing to make a tee time at a seaside course, however, the 2012 650i Convertible is a capable tool. Only a few minor issues get in the way--things most will either not notice or quickly forgive in exchange for its better qualities. The steering, for example, is well-weighted and properly assisted, but despite what initially feels like detailed feedback from the road surface, it offers next to no idea what the front tires are actually doing, or where the limits of grip might lie.

It's a grand tourer, even in open-air form, of course, so perhaps it's unfair to expect more--except that the wonderfully linear and abundant power from the twin-turbo 4.4-liter V-8 under the hood can rapidly propel the car into speeds where a bit more steering feel would be not just nice, but necessary. As a result, there's a sort of built-in barrier to pushing too hard, a natural desire to settle the car into its comfort zone. Fuel economy suffers due to the hefty 4,500-pound weight and powerful engine, too, at an EPA-rated 16/24 mpg and observed mileage closer to the bottom of that range in brisk driving.

While the spacious trunk negates most of the need to rely on the back seat for luggage space, that comfort zone doesn't include much for rear-seat passengers. Leg room is at a premium, and rear headroom is less than ample with the top up, too. With sub-six-footers in all positions, it's probably suitable for shorter trips for four. Without any rear-seat passengers, however, even those well into the mid-six-foot range can find plenty of room thanks to hugely adjustable seats that sink, rise, tilt, and extend or retract thigh bolsters to suit.

Winding my way back through the streets of the coastal town, the thrill of the canyons and the desolate poverty of the desert behind me, I can't help but notice how seamlessly the 6-Series fits into the super-luxury resort scene, and the lifestyle that accompanies it.

With more time and in more mundane surroundings, perhaps we'll find more to dislike, but, based on this first impression, we look forward to spending more time with the new 6-Series, including the Coupe version due later this summer, the six-cylinder variant, and the promised (though as yet un-detailed) M6.