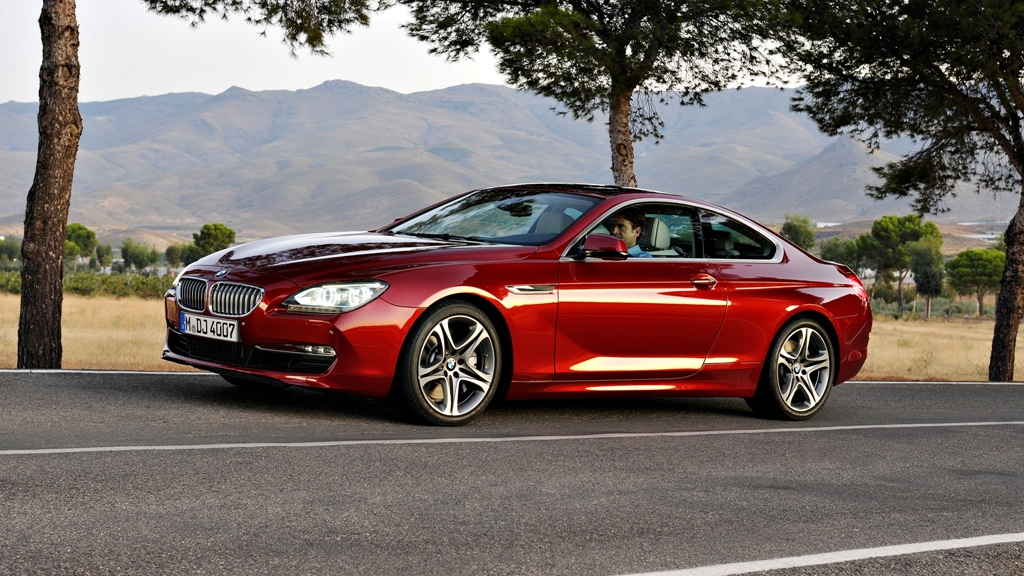 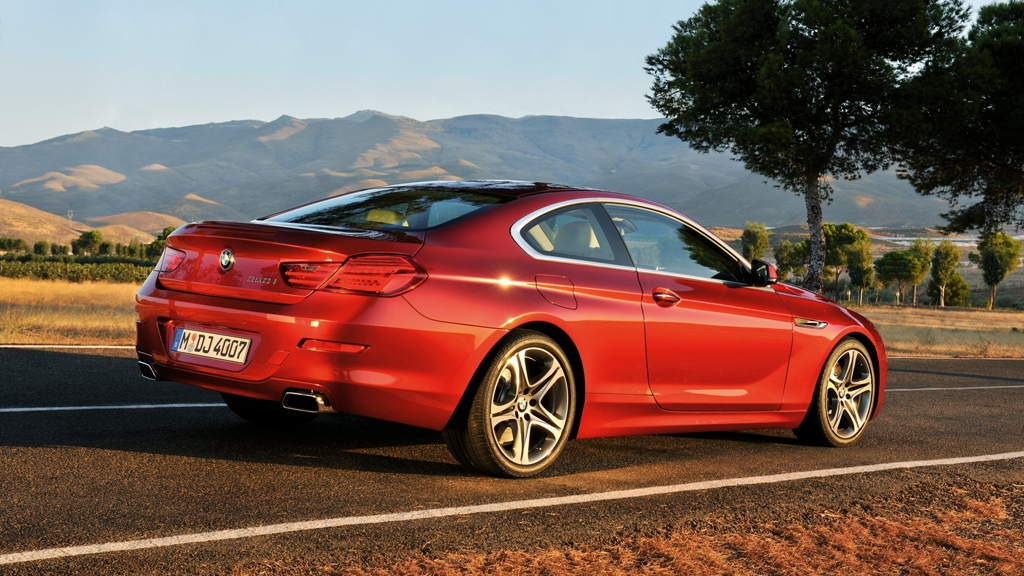 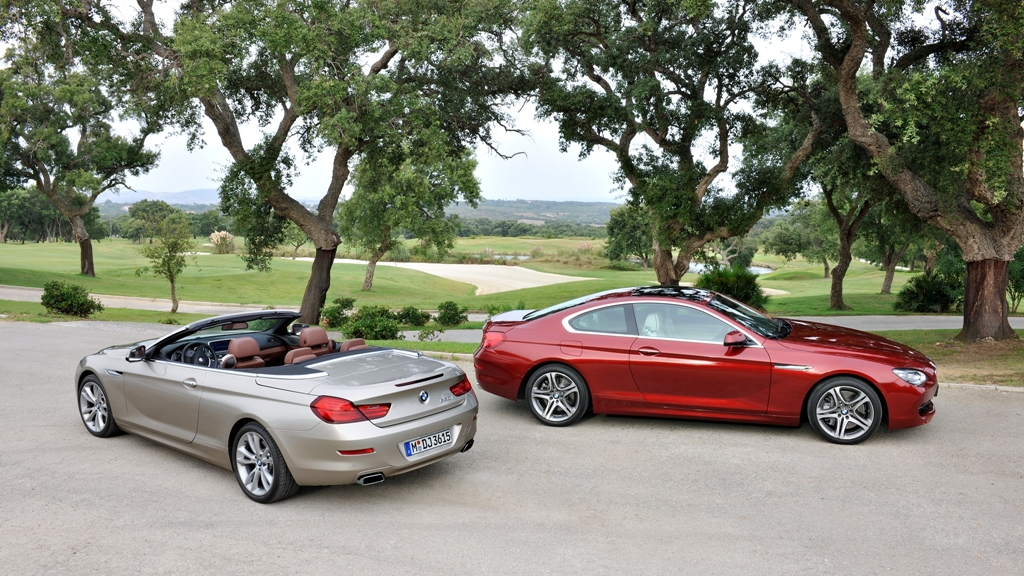 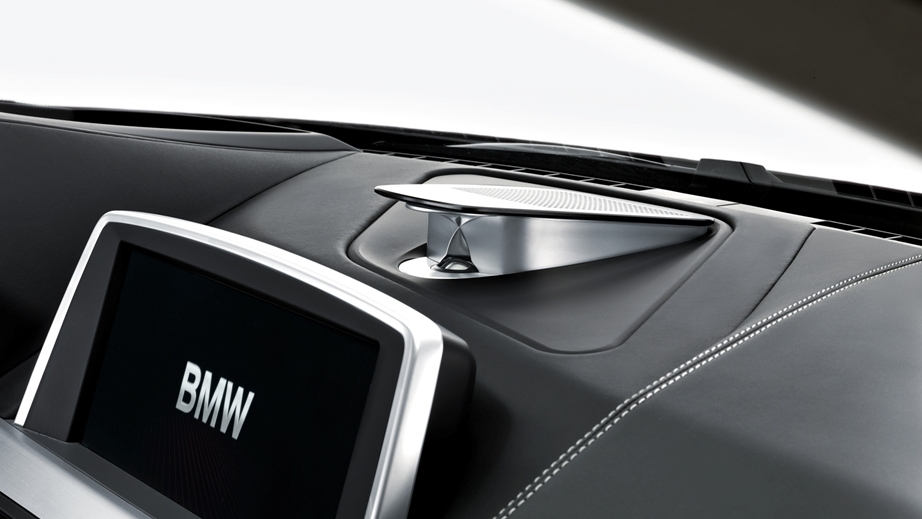 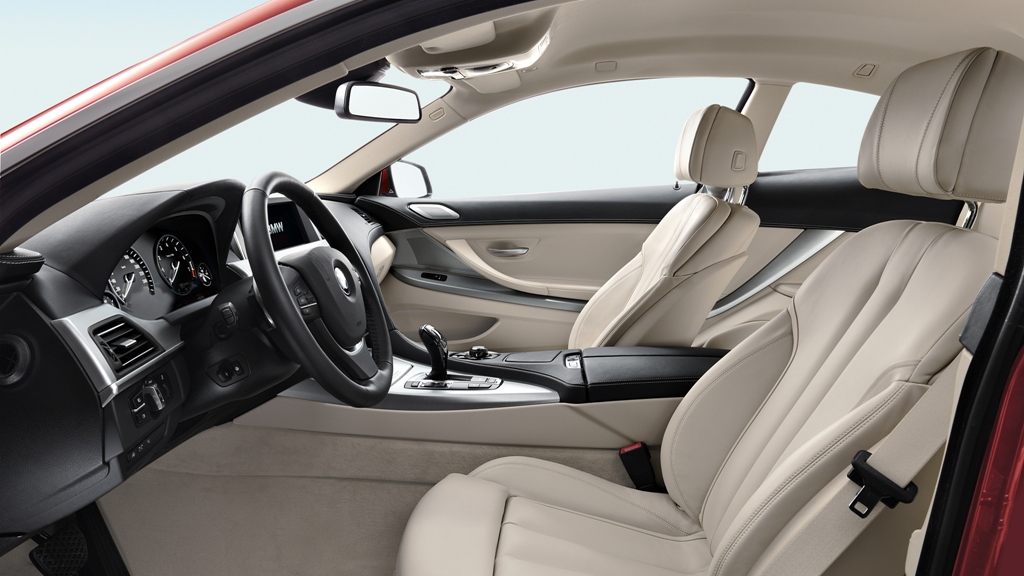 At the Detroit Auto Show this January, BMW pulled the wraps off its new 2012 6-Series in Convertible form. Now we're getting the first official look at the 2012 BMW 650i Coupe.

At first glance, the production 650i Coupe actually doesn't look that much different than the Concept 6-Series Coupe BMW showed last year at the Paris show—and that, in turn, isn't far off from the rendering we showed you last summer. Body length and wheelbase have been increased by nearly three inches, and there's 1.5 inches more width, due to increased track width, which helps improve both the vehicle's stance and roadholding. Also enhancing the 650i Coupe's stance, are the more pronounced wheel arches and a somewhat more creased look from the side, with a character line running alongside. And BMW has managed to improve pedestrian protection while mostly keeping the hood flat. At the back, the 6-Series Coupe gets distinctive LED light strips.

Active Roll Stabilization is optional, and it works with the standard Dynamic Damper Control system to provide flat cornering and sharpen the responses of this big coupe without cutting into ride comfort. Integral Active Steering, which has been offered in the 3-Series for several years, is now available in the 650i Coupe, actually steers the rear axle to provide quicker steering response and improved maneuverability, while the standard Driving Dynamics Control includes Comfort, Normal, Sport, and Sport+ modes, with the enthusiast-oriented Sport+ raising the threshold for the stability control system. BMW claims that the driving dynamics of the new 6-Series are even sharper than those of its predecessor.

Inside, the newest 6-Series gets more in synch with the 5-Series sedans—including a highly detailed, wraparound feel for the instrument panel. The high-definition central display is freestanding and now measures 10.2 inches across, with a vivid, flat-screen-monitor look. The latest fourth-generation version of iDrive, which we no longer loathe, is standard.

The 6-Series, as before, is a 2+2 and you won't be having adults sit in back, but for two it offers a good mix of touring comfort, sports-car-like performance, and cargo capacity that's large enough for long weekends. BMW has redone the seating, though; they're new-design lightweight perches with integrated seat belts and standard 20-way multi-contour adjustability, including lumbar. And if that's not enough, you can get active, ventilated seats.

The 2012 BMW 650i Convertible starts at $91,375, including destination. Stay tuned for driving impressions, as well as the official word on pricing, for the 650i Coupe.