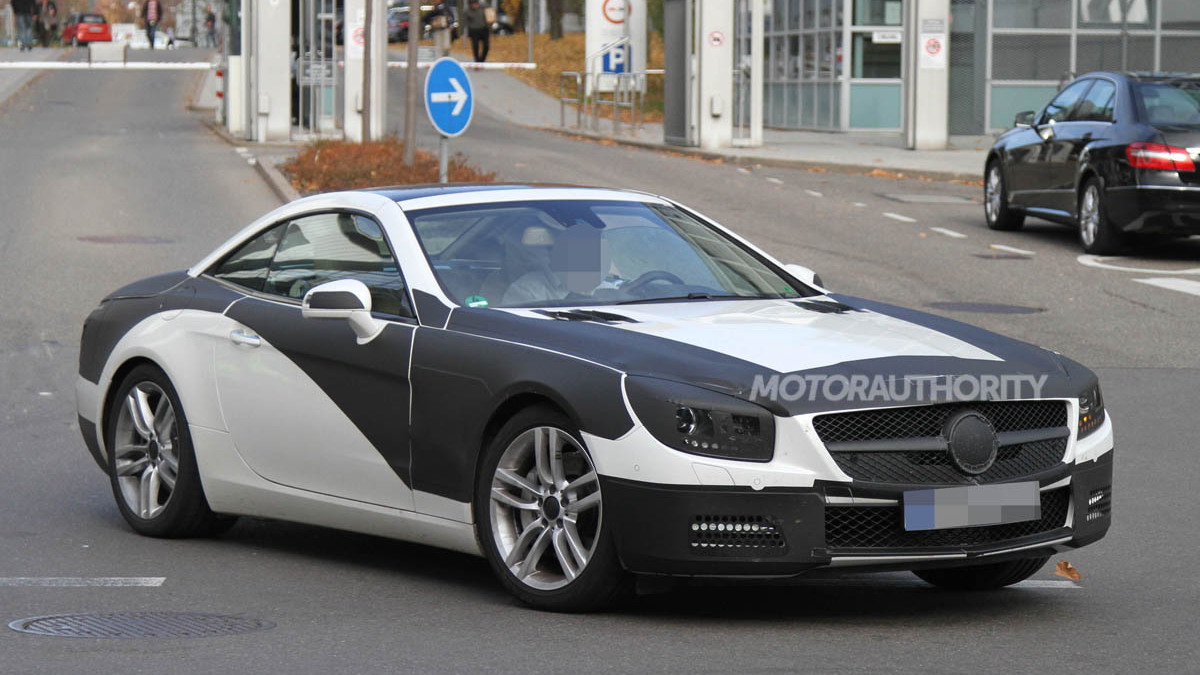 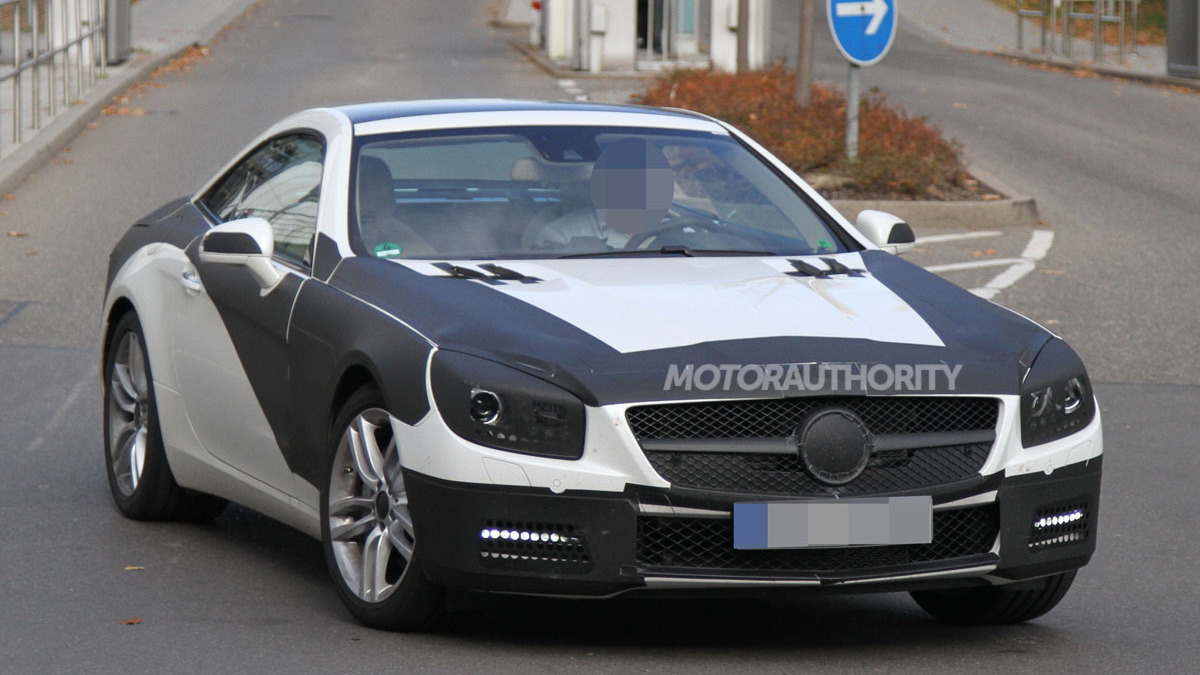 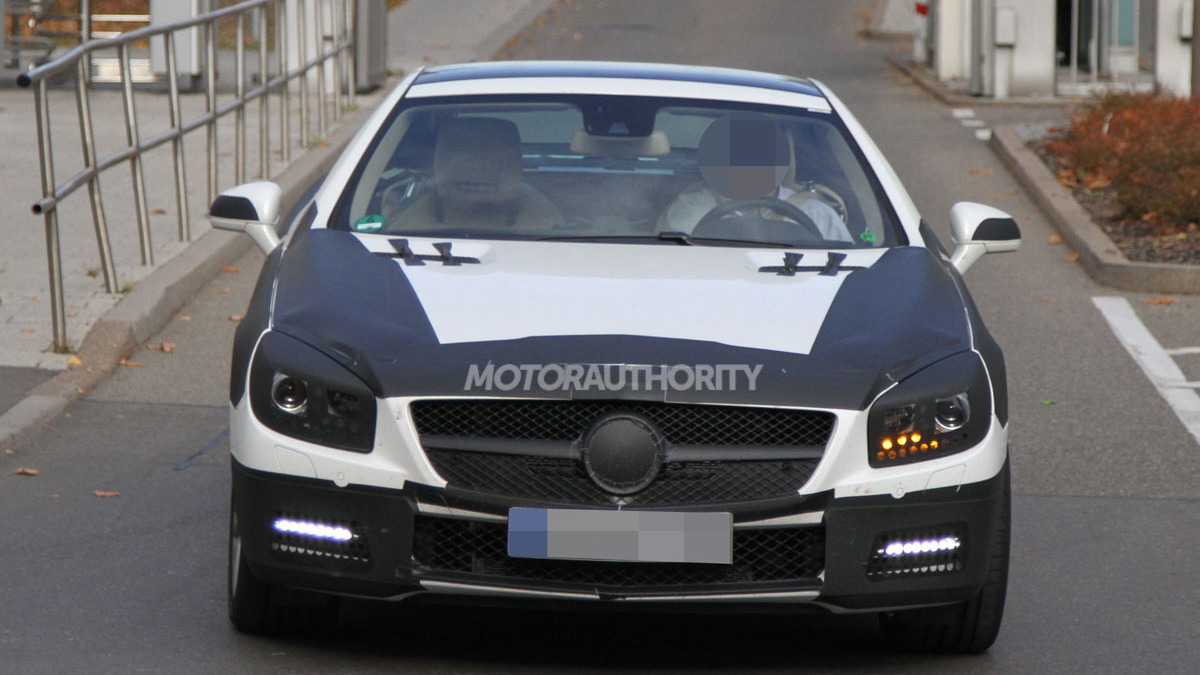 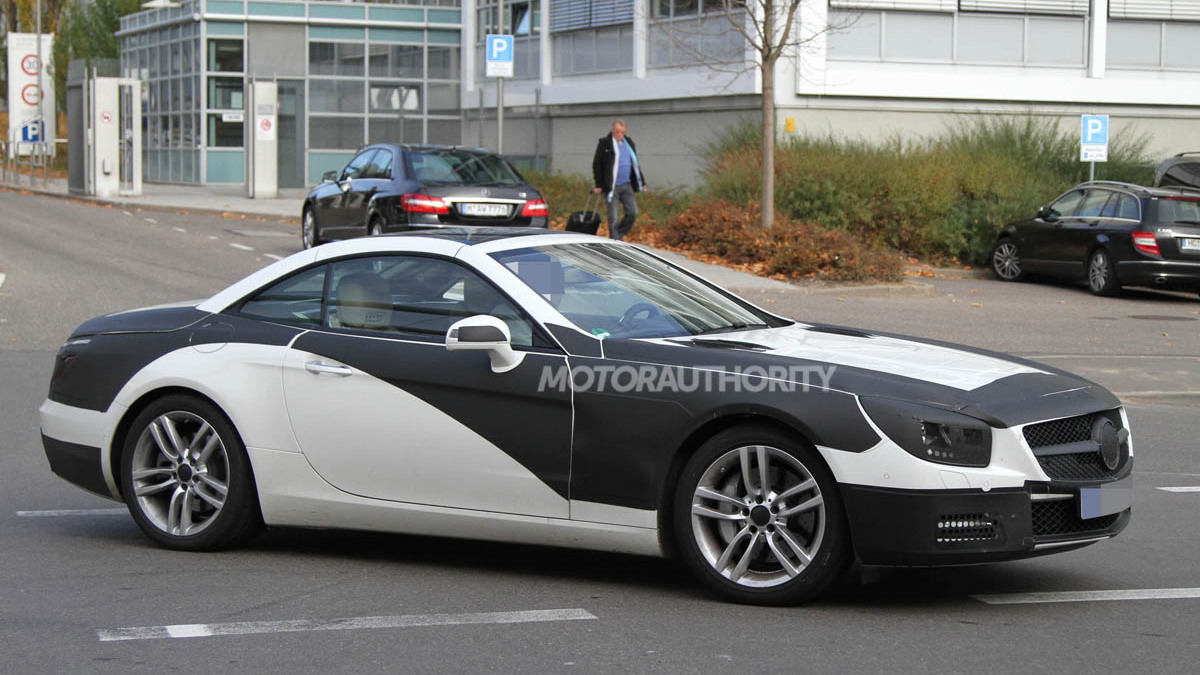 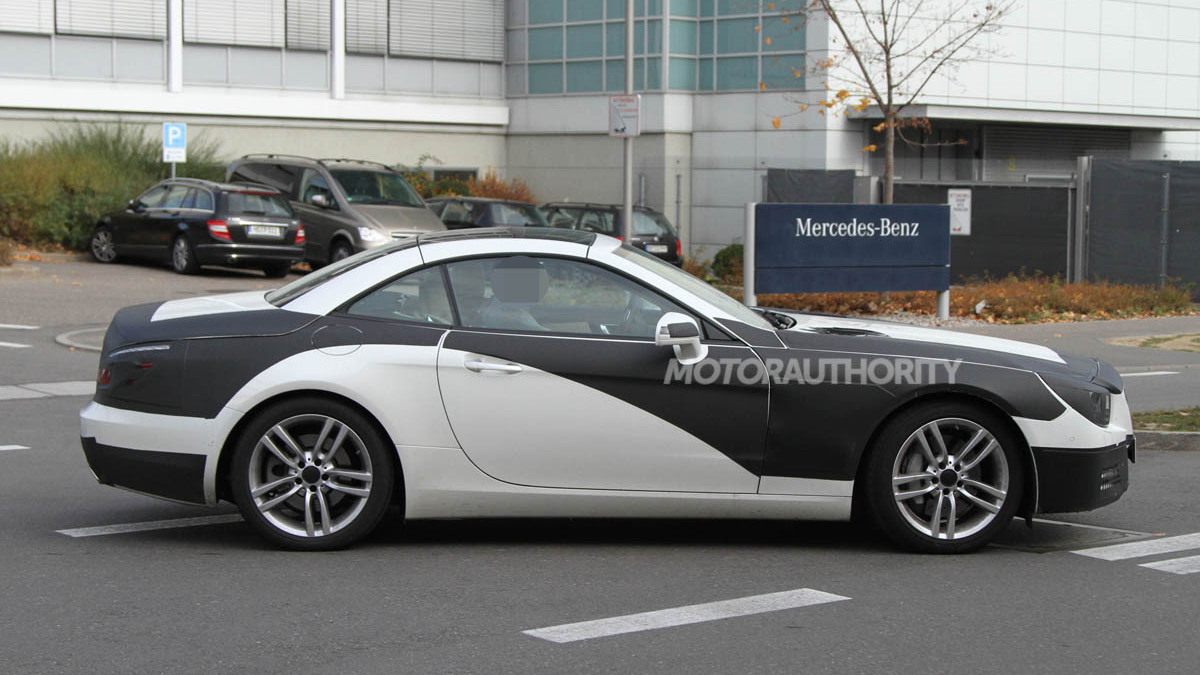 26
photos
UPDATE: The 2013 Mercedes-Benz SL Class has been revealed. Click here for all the info and photos.

We're already a good portion of the way through a whole new batch of Mercedes-Benz models to be launched, including the SLK-Class and C-Class Coupe, B-Class, and next-generation M-Class.

Soon, the 2013 Mercedes-Benz SL-Class will be joining the party, expected to debut early in 2012. These latest images show it in the least camouflage yet, with a revealing white paint job underneath.

Though its proportions seem similar to the current model, a closer inspection reveals a few subtle differences such as the shorter rear overhang and the taller hood, not to mention the now-familiar, more SLS-like family face.

Set to go on sale late next summer, the new car will adopt styling influences seen on the new SLK and SLS AMG and even the new CLS, which will share a similar tail-light design. 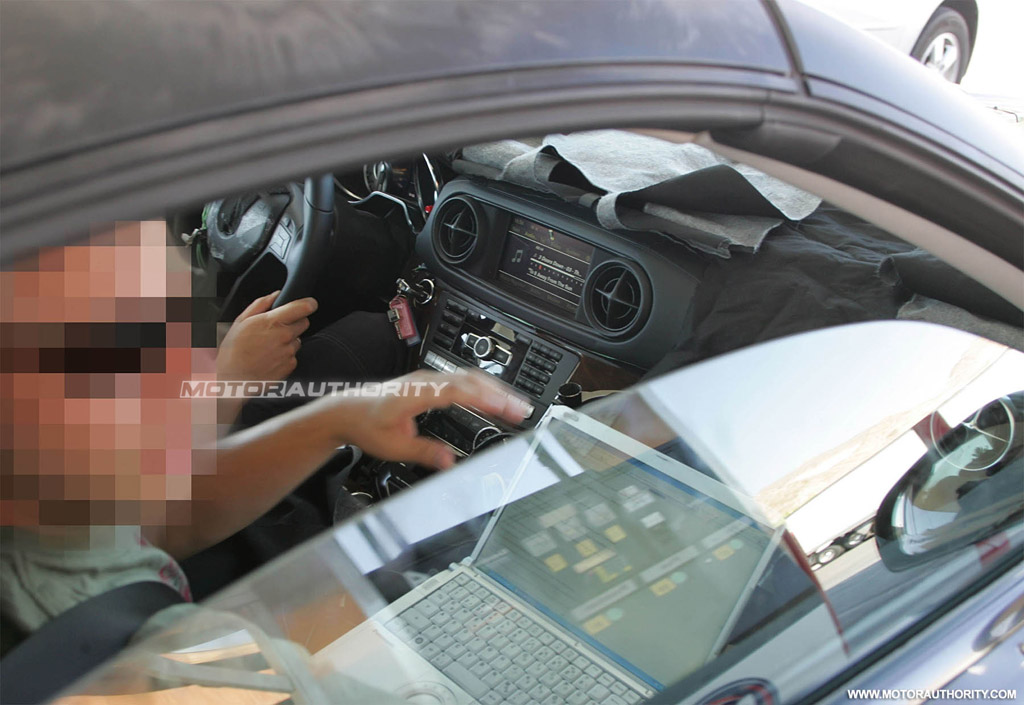 A side-by-side comparison of the current SL and this latest prototype also reveal several clear differences. The new SL will sit lower and feature a wider stance than the current model. A glimpse of the interior also shows some retro design cues, though it’s still much too early to speculate on such fine details--anything can change between now and the 2012 calendar launch date.

As for what's lurking beneath the sheetmetal, expect to see a brand new aluminum spaceframe chassis.

The adoption of lightweight aluminum will improve the handling, ride, performance and fuel economy of the new Mercedes-Benz SL, which in current form weighs between 3,860 and 4,500 pounds depending on which model and options are chosen.

Much of the new SL’s components will also be shared with the SLS AMG, including drivetrains, suspension and electrical systems. This means that the SLS AMG’s seven-speed transmission is almost a certainty for the 2013 Mercedes-Benz SL.

A choice of V-6 and V-8 engines will be on offer, with forced-induction and possibly even hybrid technology, though everything is still largely a matter of speculation. Of course, the AMG 63 is expected to get AMG's stonking twin-turbocharged 5.5-liter V-8 with upwards of 571 horsepower on tap.