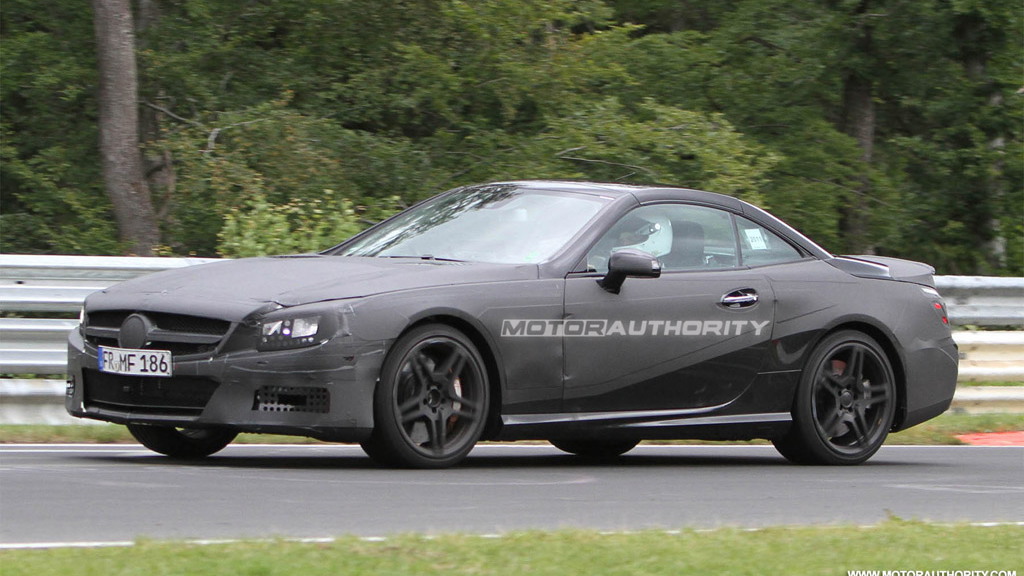 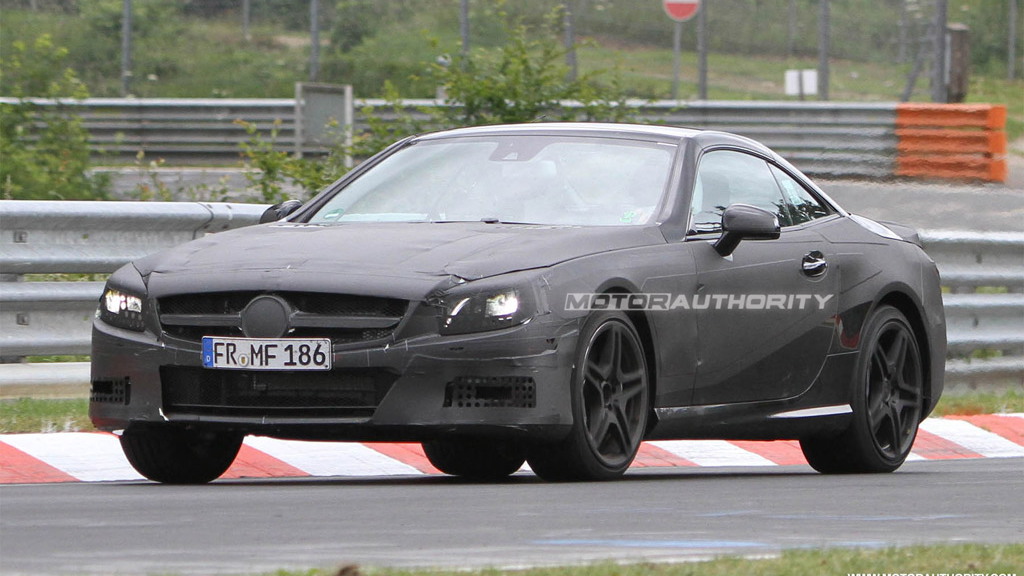 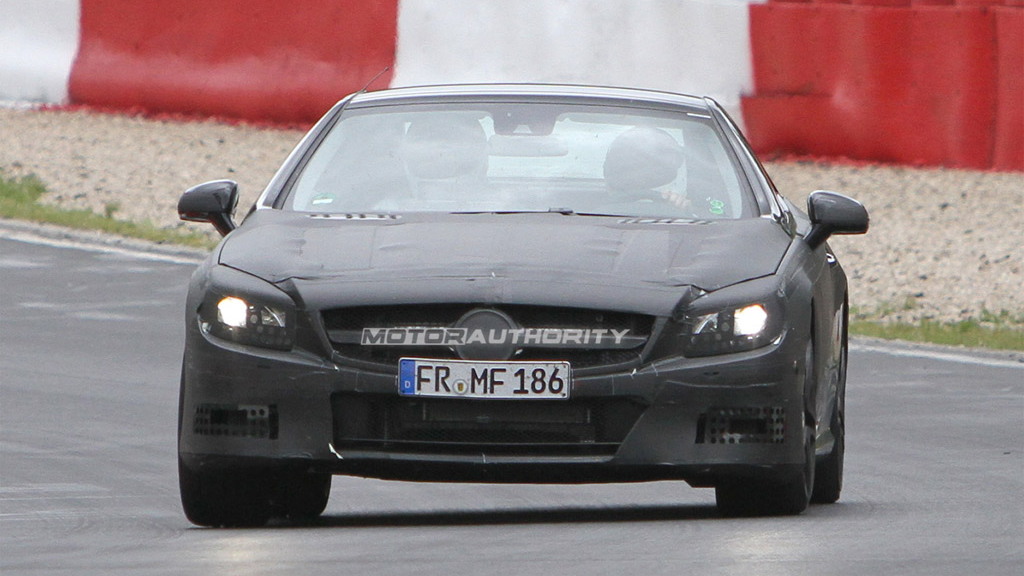 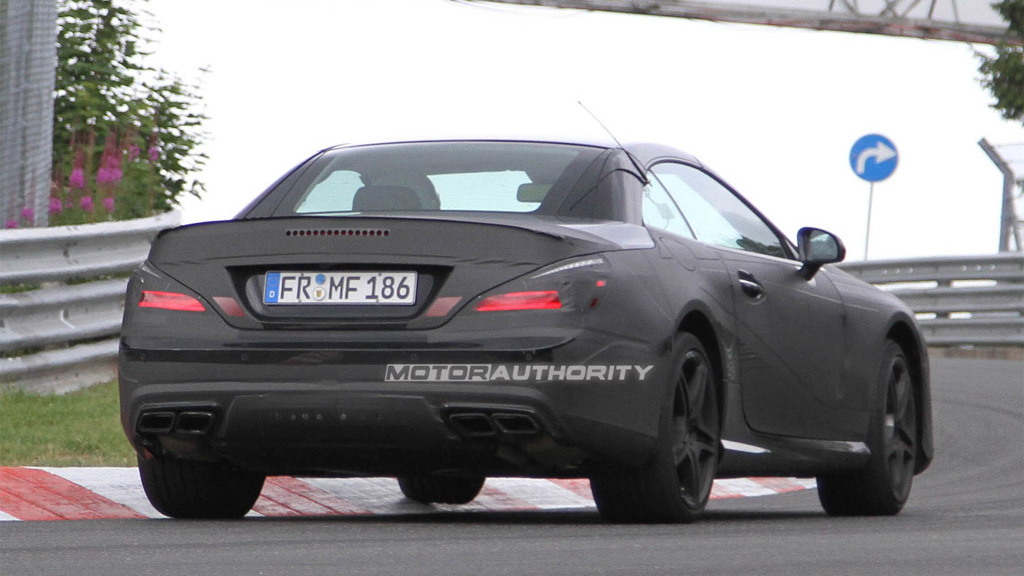 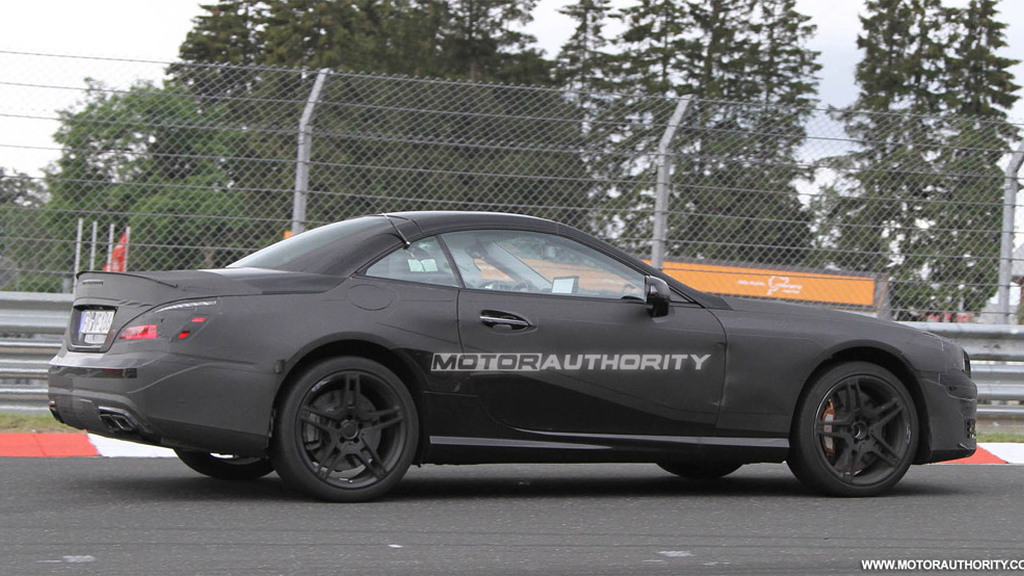 9
photos
UPDATE: The 2013 Mercedes-Benz SL Class has been revealed. Click here for all the info and photos.

A few months ago, Mercedes-Benz quietly dropped the V-12 variants from its SL-Class lineup, and the popular interpretation was that it was preparing for the debut of the upcoming 2013 SL-Class redesign. Today, we've confirmed that the 2013 Mercedes-Benz SL-Class will make its debut at the 2012 Detroit Auto Show.

The 2013 SL-Class is expected to be a major upgrade from the current model, with a completely new aluminum spaceframe, components borrowed from the SLS AMG, and an all-new engine lineup.

Leading the engine lineup for power fiends will be the likely adaptation of the 5.5-liter twin-turbo V-8 in the SL63 AMG. The AMG won't be making its debut in Detroit next January, however.

The standard range of SL-Class cars that will be revealed in Detroit are expected to sport a range of Mercedes' latest V-6 and V-8 engines, however. No V-12 models are expected to make the cut for the 2013 model.

As for what to expect of the 2013 SL's looks, we have a pretty good idea from our spy shots. The key themes will be a lower, wider stance, a more SLS-like nose, and fully modern, high-tech lighting at both ends.

We only have about three months until the 2012 Detroit Auto Show, so there's not long to wait now. We'll bring you the latest as it breaks, live from the auto show floor, so stay tuned.