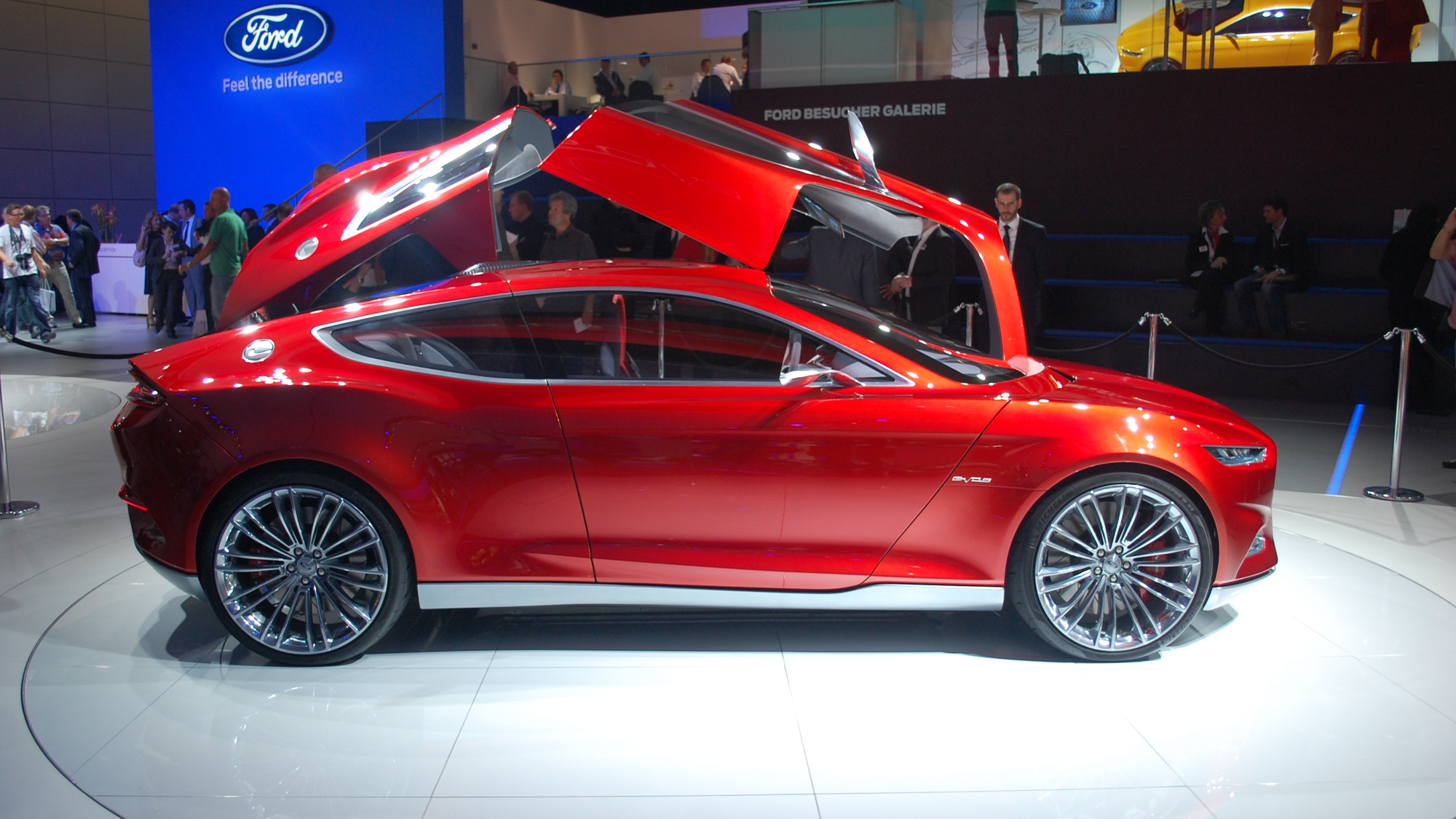 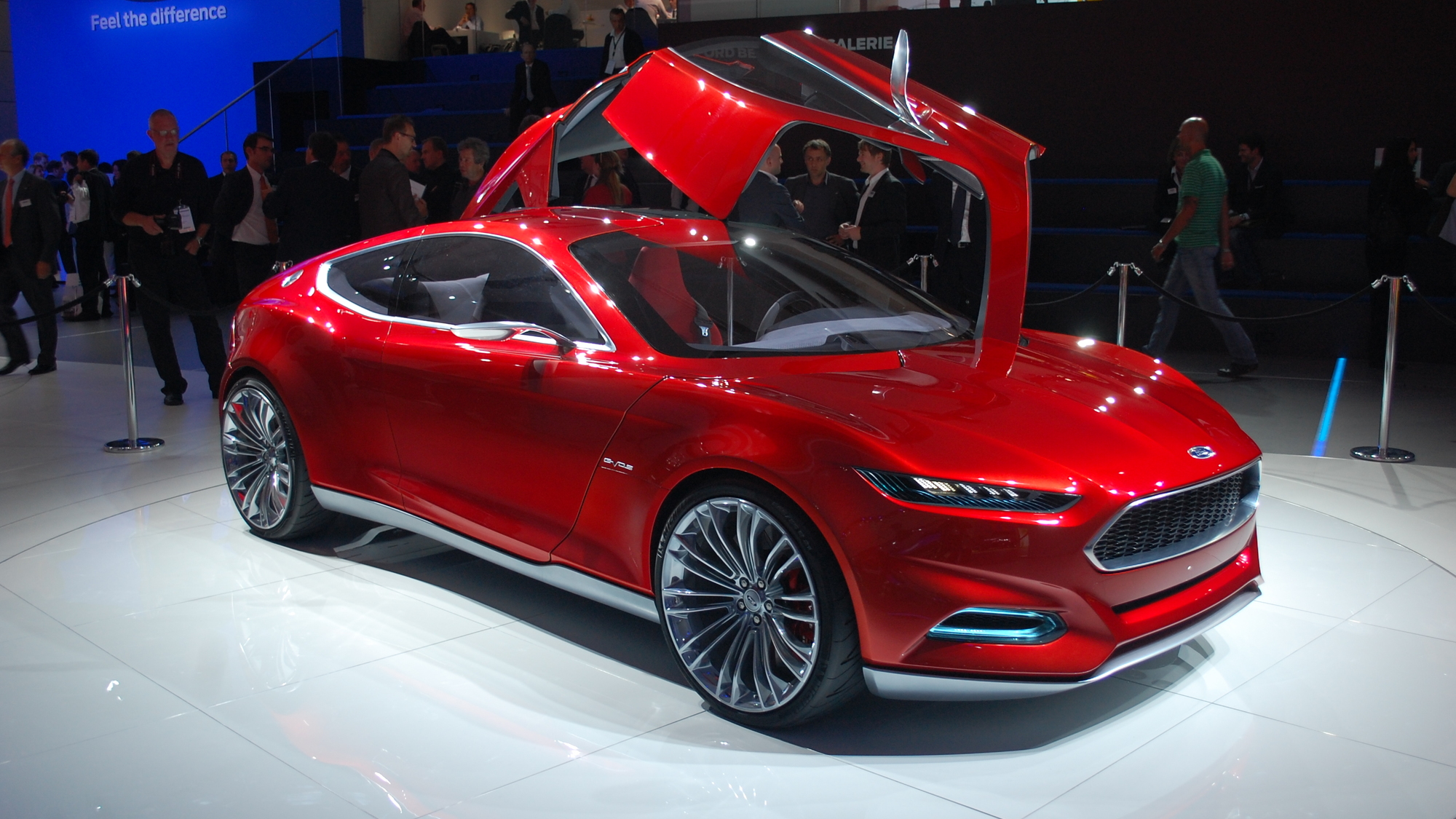 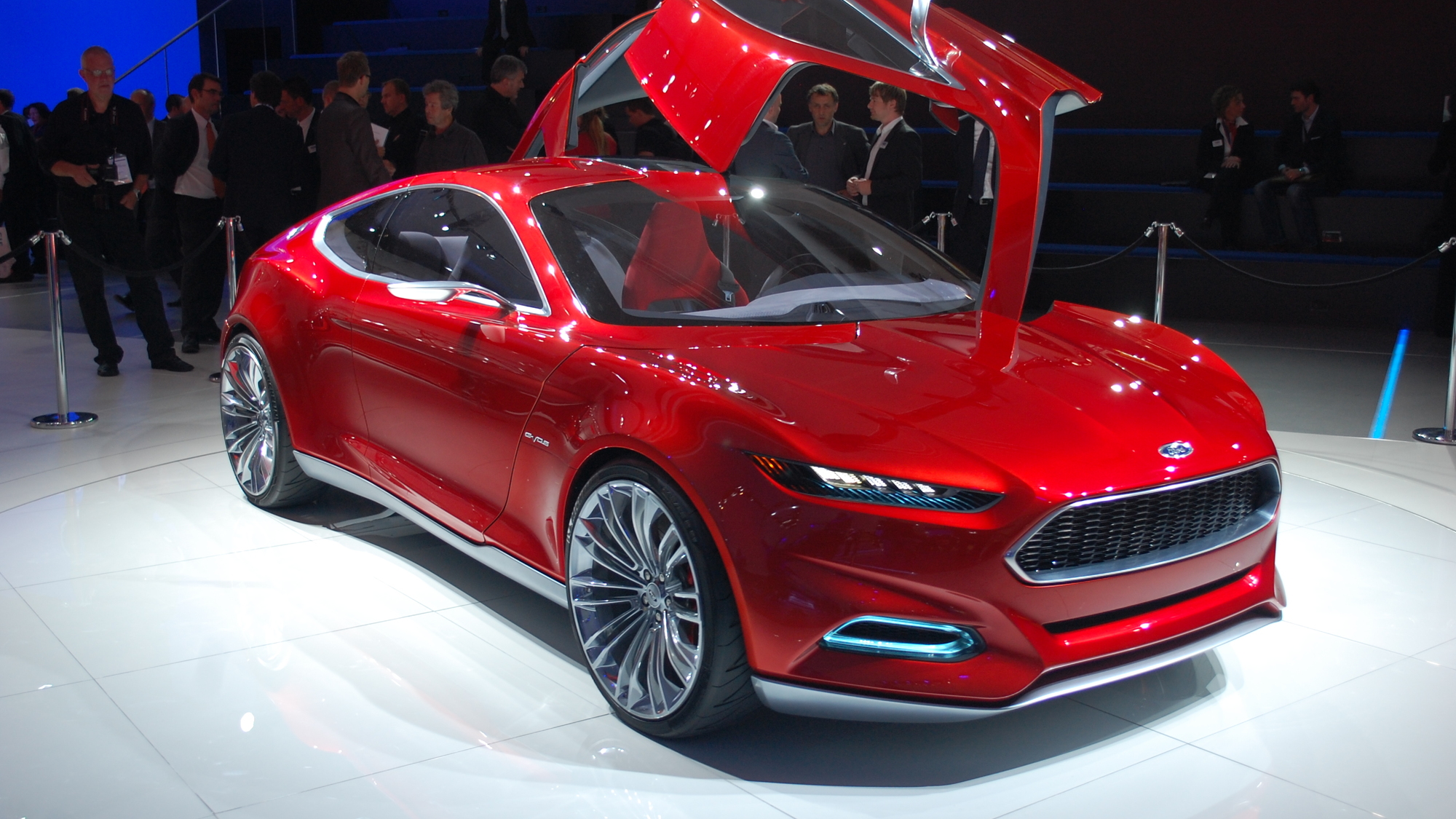 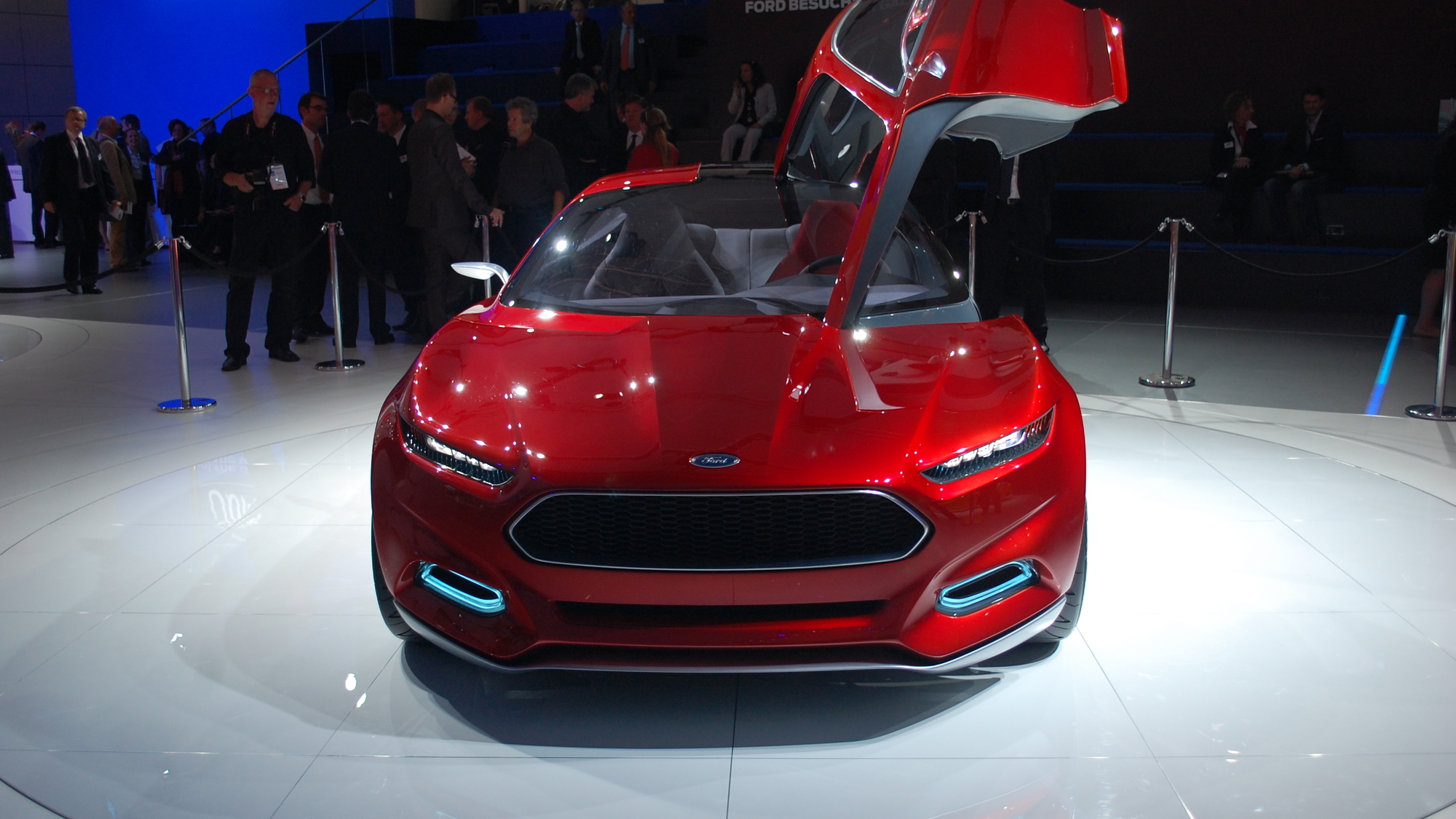 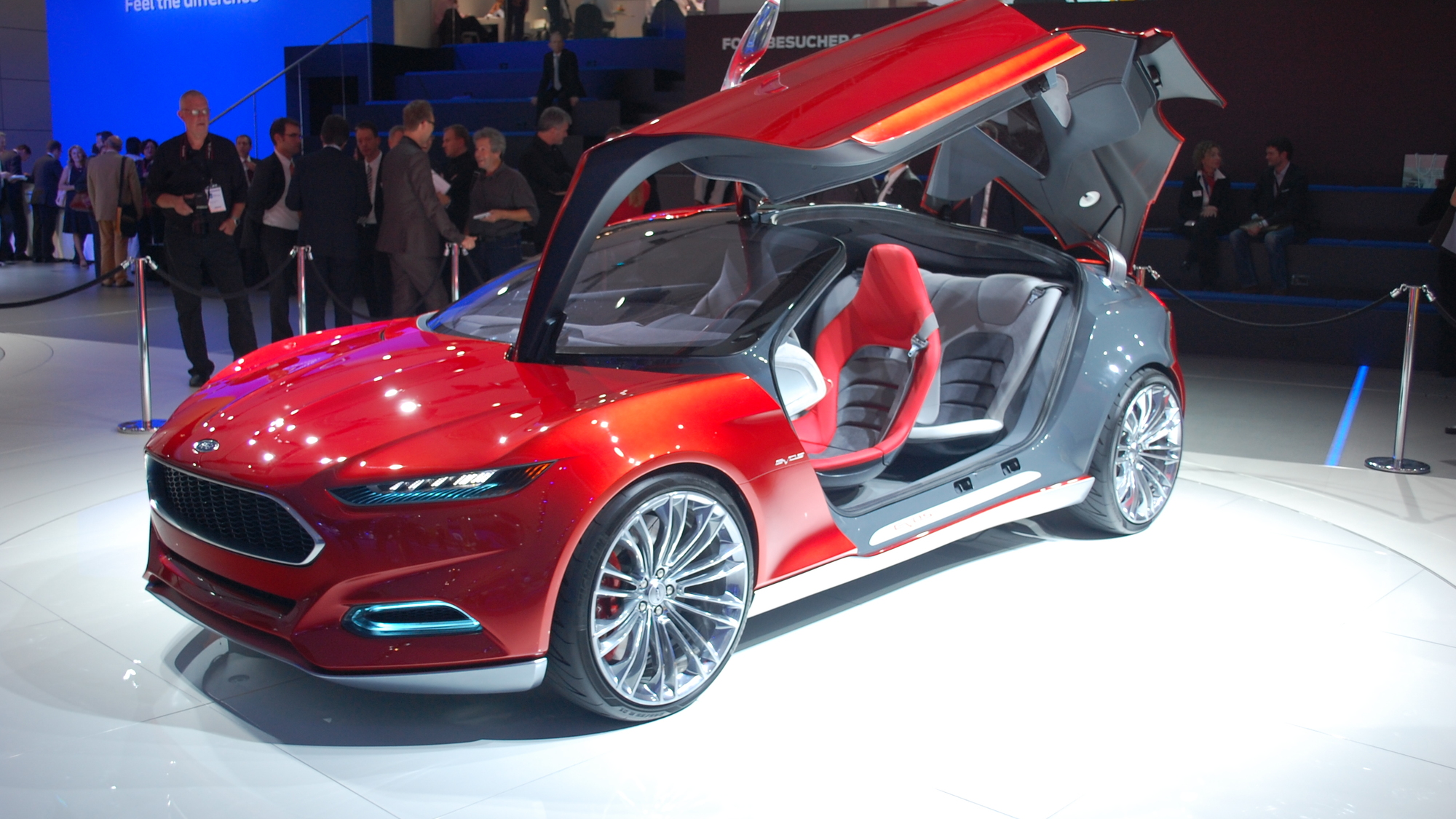 19
photos
A plug-in hybrid sports coupe from Ford? That's the Evos Concept, and though it's a front-driver, the design is sleek, modern and clean, and it's serving as a preview of the future of Ford's Kinetic design theme.

It's also a look into the near-ish future of Ford powertrains, airing a range-extending engine with a hybrid drivetrain. The Evos can run in gas-only, electric-only, or hybrid modes as fuel, charge, and the conditions demand. Range is claimed at up to 500 miles between a full battery charge and a tank of gas.

It won't be built, however, so take it for what it is: a preview of some of the future of Ford's design department. While you won't see the Evos on a dealer lot, you'll probably see bits and pieces of it.