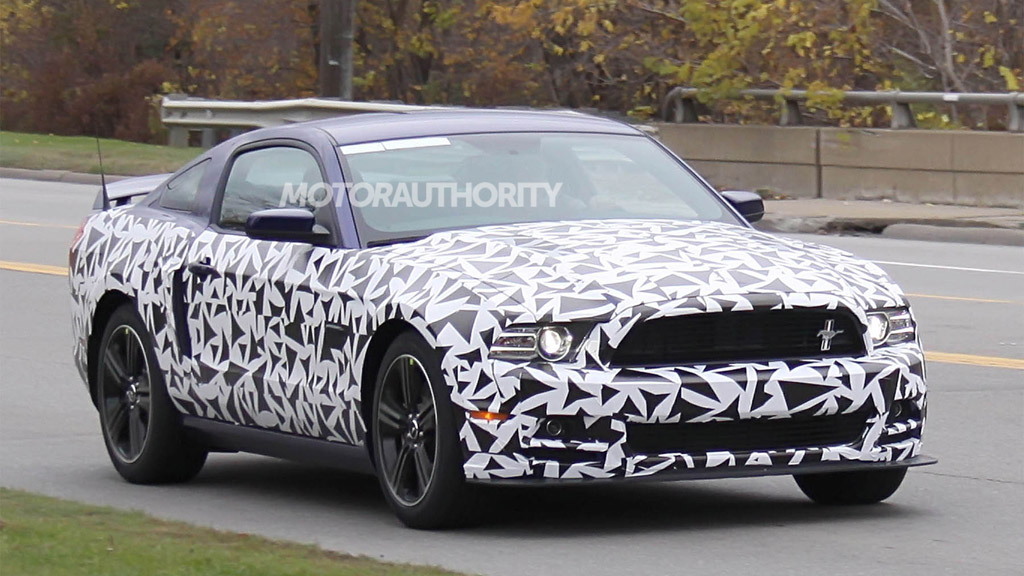 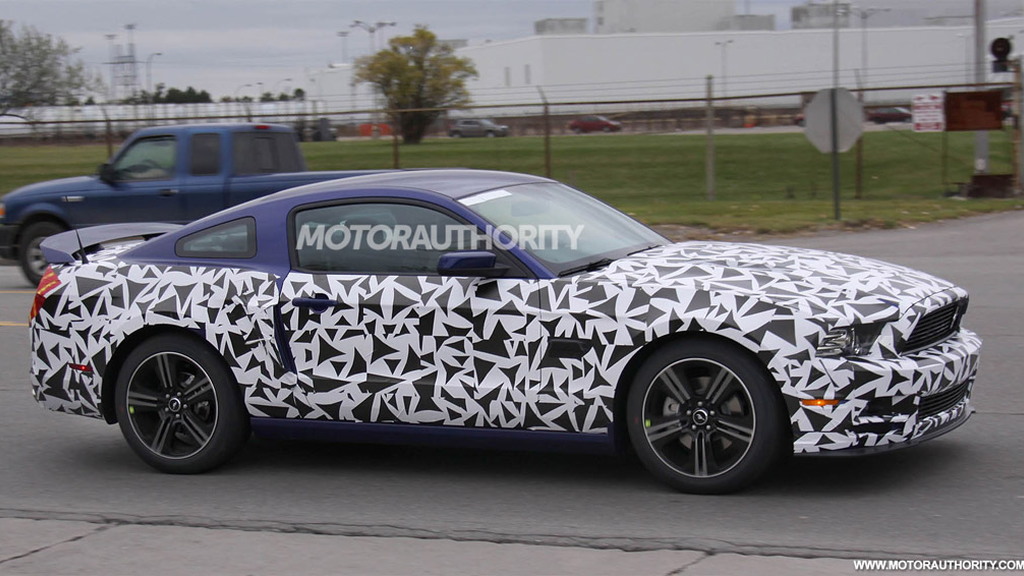 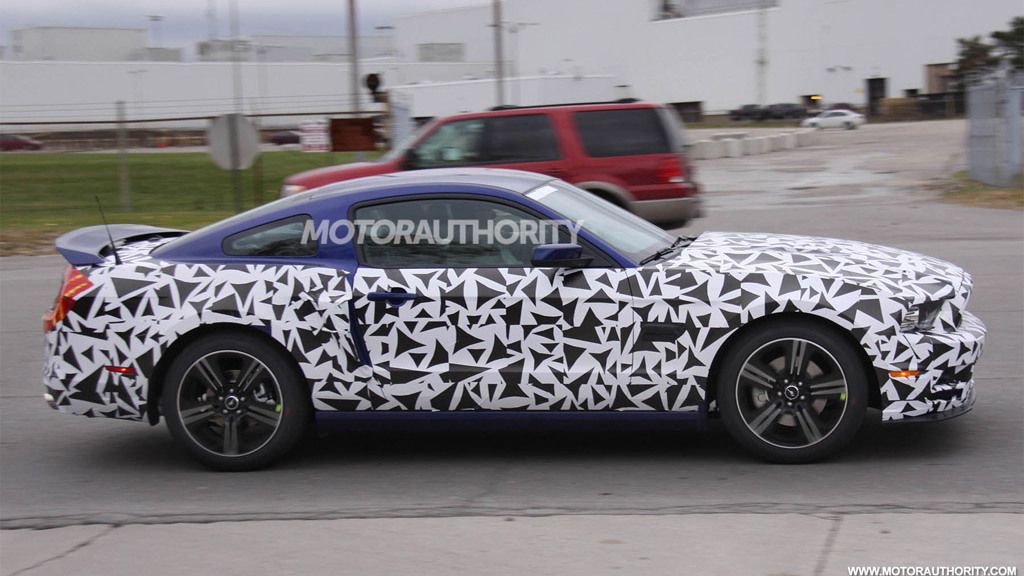 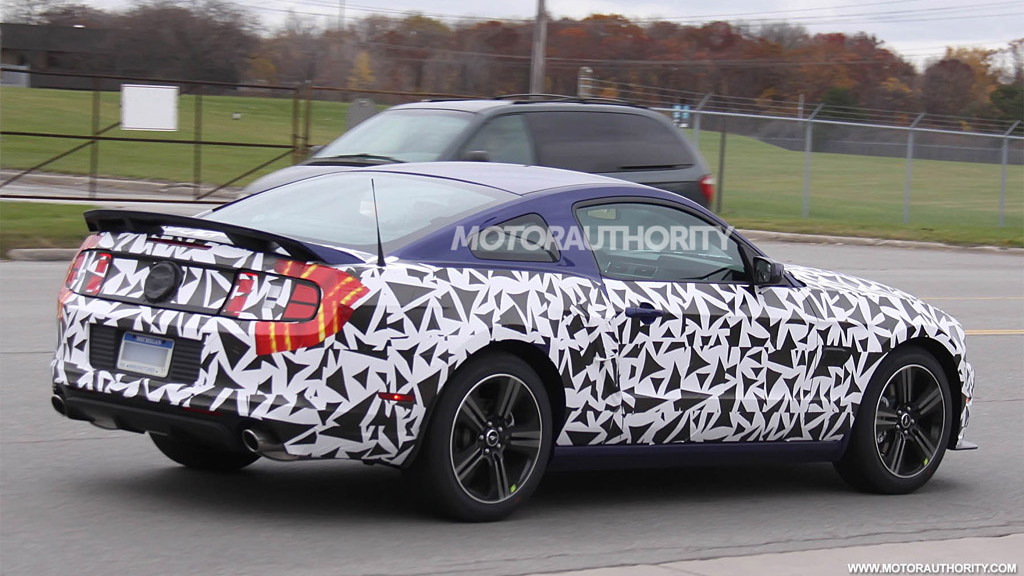 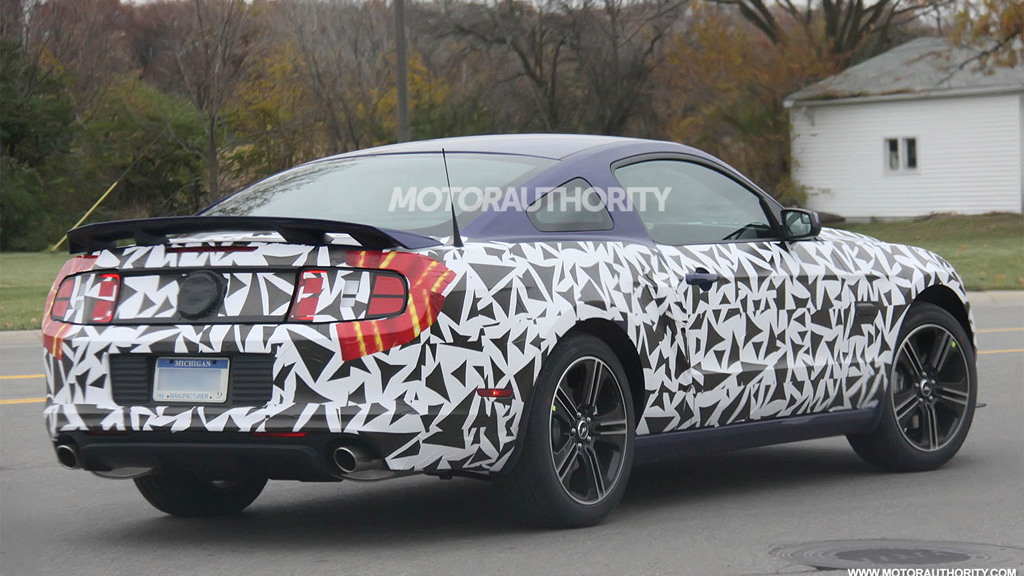 6
photos
The biggest revamp to the Ford Mustang since the introduction of the current-generation car back in 2005 is planned for the 2014 model year, which incidentally coincides with the iconic muscle car’s 50th anniversary.

A slightly facelifted version is due in the interim, however, and is scheduled to be revealed next week at the 2011 Los Angeles Auto Show. We now have a new set of spy shots for the car that reveal many of the subtle changes that are planned.

This facelifted model will be sold in the coming 2013 model year and will include updates across the board, including for the base V-6 right up to the Shelby Mustang GT500.

The particular car spotted by one of our spy photographers is the 2013 Ford Mustang GT, which once again will come packing a naturally aspirated 5.0-liter V-8 and the choice of either six-speed manual or automatic transmissions.

From the spy shots, we can clearly see a slightly revised front-end, new Mustang badges, LED detailing in the lights, and a revised rear bumper.

The changes are subtle as most of the updates will affect things you can’t see. As previously reported, the current 3.7-liter V-6 and 5.0-liter V-8 should remain but with slightly more power than their respective 305 and 412 horsepower outputs. The 2013 Shelby Mustang GT500, meanwhile, could get a kick in horsepower to somewhere between 570 and 620 horsepower.

Inside, there are expected to be new tech features such as performance gauges, a 4.2-inch LCD screen in the main instrument cluster, and the latest version of MyFord Touch.

Look out for the debut of the 2013 Ford Mustang at next week’s 2011 Los Angeles Auto Show, full coverage of which you can access by clicking here.