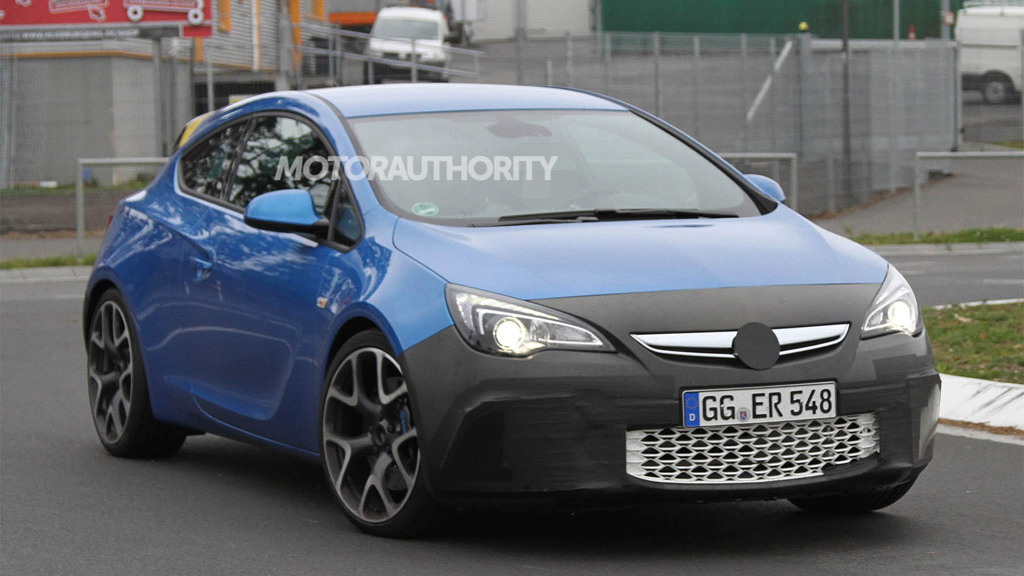 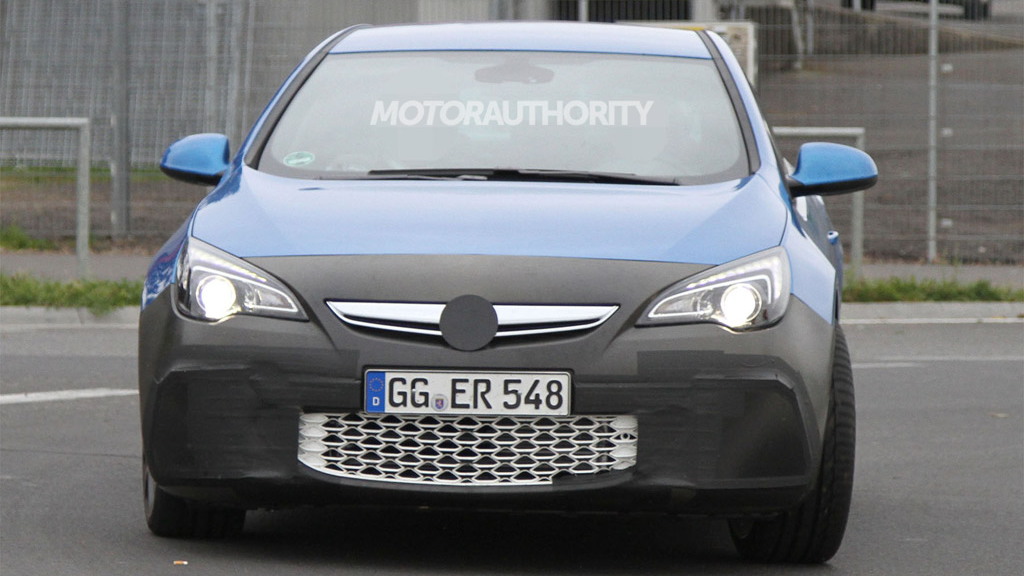 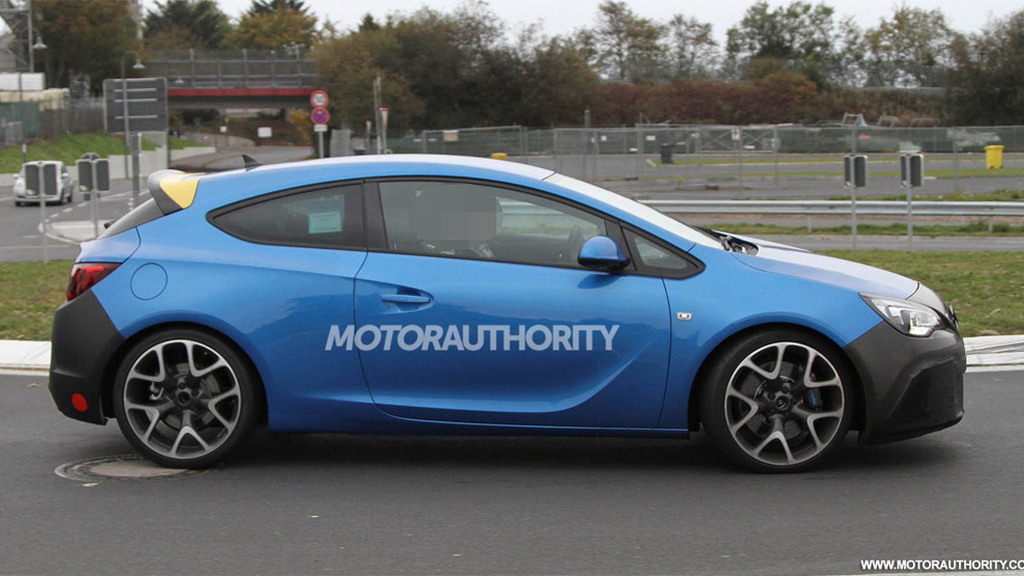 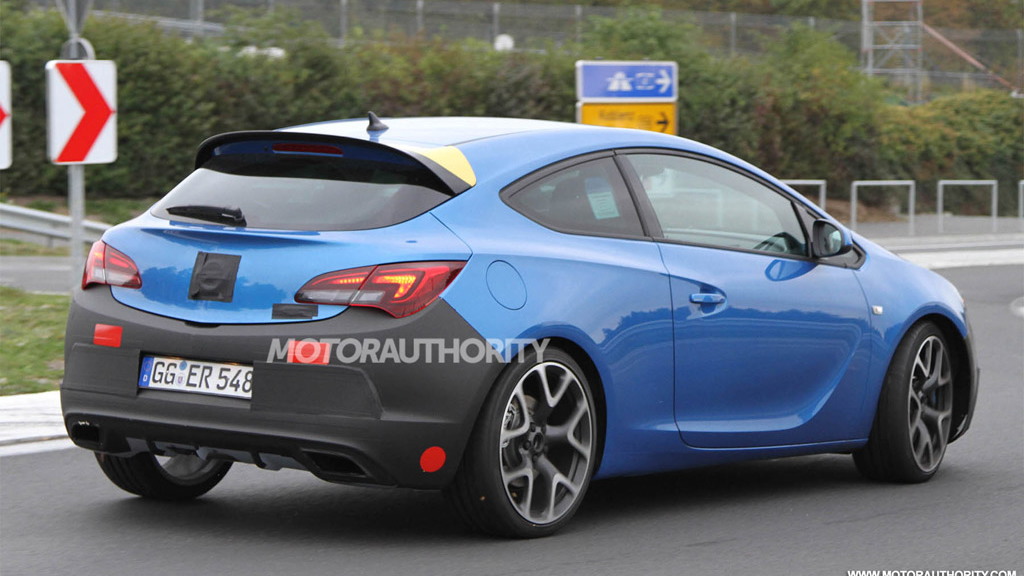 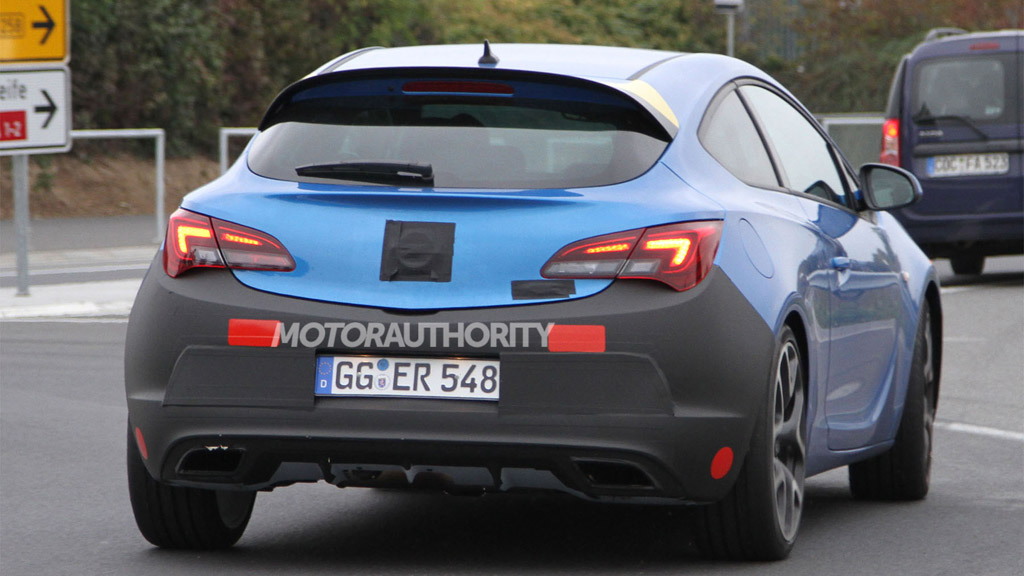 11
photos
GM’s European division Opel is working on a high-performance version of its recently revealed Astra GTC sports coupe, a prototype of which was captured by our sleuth spy photographer while it was testing in Germany.

The new two-door is being developed by Opel’s in-house performance tuner Opel Performance Center (OPC) and should be launched early in the new year.

Under its hood is expected to be a turbocharged 2.0-liter four-cylinder engine developing around 300 horsepower. Most likely matched to a standard six-speed manual, the new Astra OPC would be the ideal rival to similar hot hatches like the Volkswagen Golf R, Mazda Mazdaspeed3, and upcoming Ford Focus ST.

Other performance specs should include Brembo brakes and possible 20-inch wheels. It's still not clear if Opel will keep the vehicle front-wheel drive or install a new all-wheel drive option.

There’s a lot of significance riding on this new model as there’s a strong chance that it will be sold in the U.S. as a Buick, possibly with a “GS” variant included.

The strongest indication yet of such a possibility was the sighting of an Astra GTC sports coupe, the basic model this Astra OPC is based on, testing in the U.S. recently. In addition, recent UAW negotiations with GM also revealed that an unnamed new compact car is soon to be built in the U.S. and sold as a Buick, further lending credibility to the idea that the car could be headed Stateside soon.

The story doesn’t end there, however. A convertible version of the Astra is also in the works, and is expected to follow its hardtop sibling to the U.S.