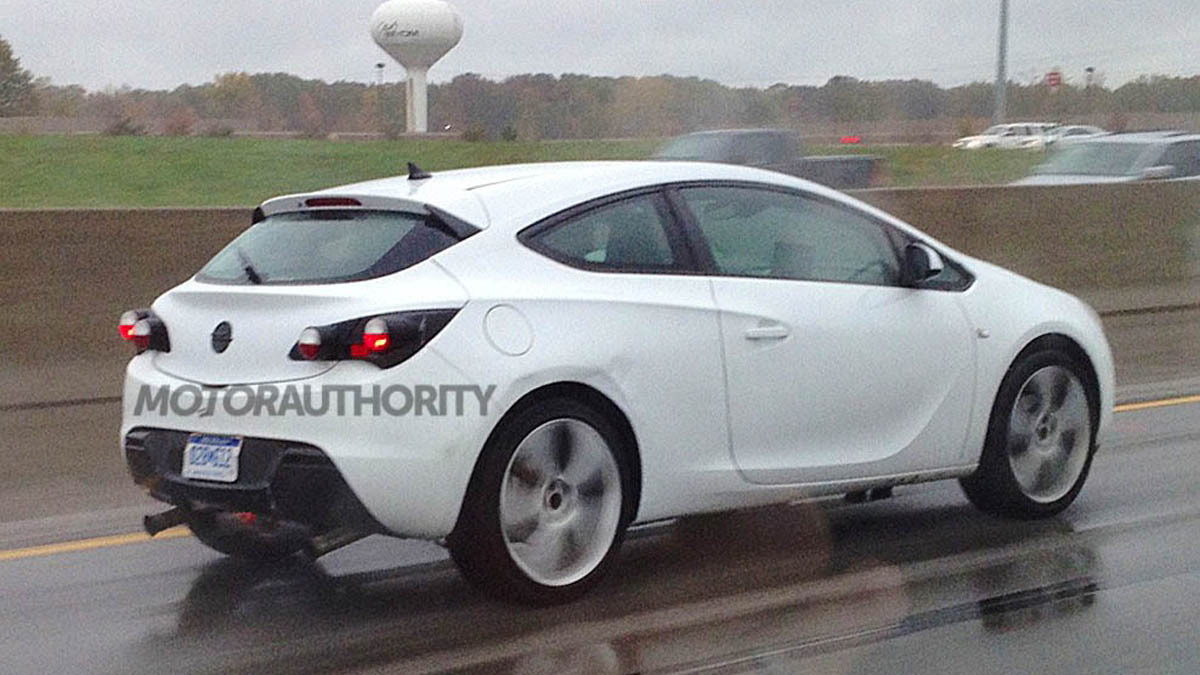 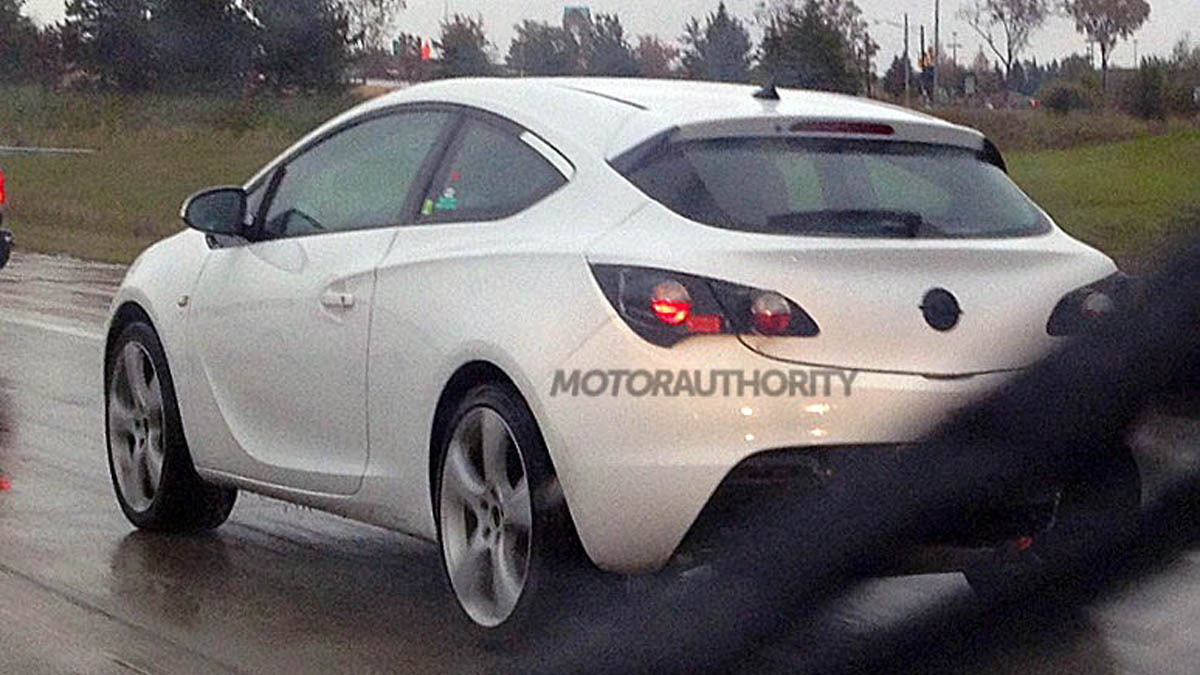 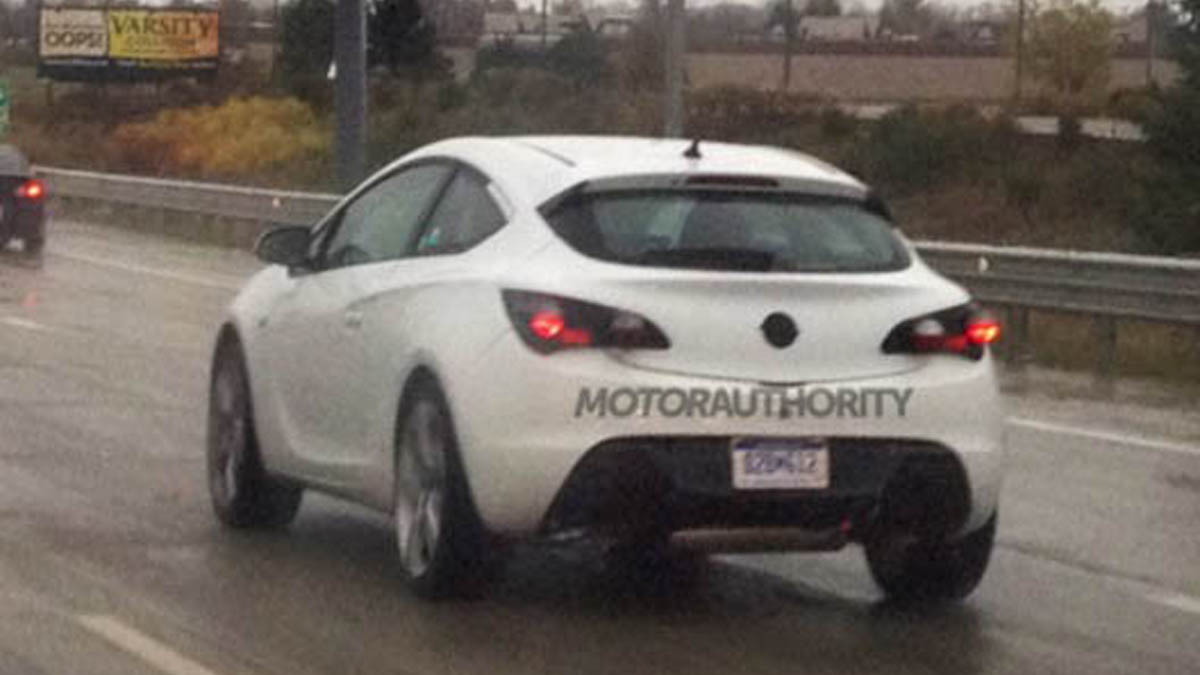 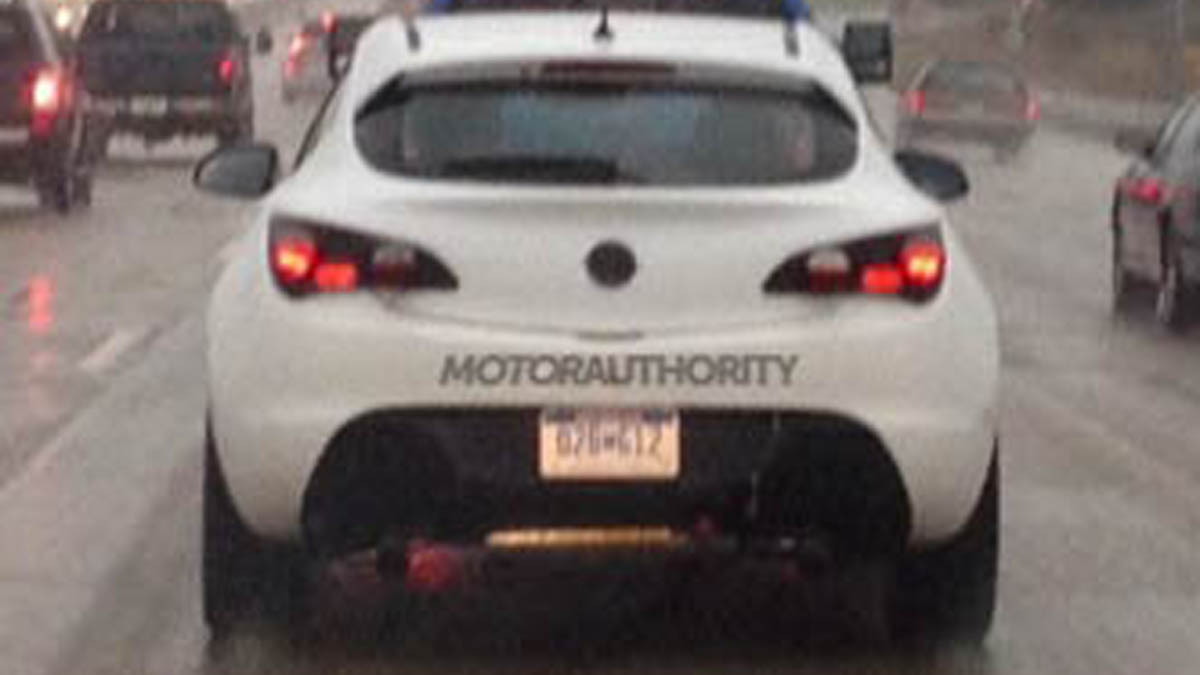 4
photos
Talk of a Buick version of the Opel Astra GTC turbo hatchback has largely died down since reaching a peak earlier this year, but these images shot on I-96 in Michigan just moments ago may revive the idea of the sporty Buick hatchback.

The Opel Astra GTC, as sold in Europe, is powered by a 180-horsepower turbocharged 1.6-liter four-cylinder. Given GM's line of turbo engines in the U.S., including the 2.0-liter turbo in the Regal GS, there's a chance the GTC could be even more potent here, with up to 255 horsepower and 295 pound-feet of torque. The Opel Astra GTC uses the familiar-to-Buick HiPerStrut front suspension and a Watt's link rear axle for a combo that's both affordable and capable. It's also a pretty dashing little hatch.

Although the images are somewhat grainy, it's easy to spot a few differences from the Euro Astra GTC. First, there are the bulging tail lights, which indicate some changes are in order for U.S. sale, though we expect the large protruding cylinders to be refined before reaching production.

Also of note are the exposed, clearly experimental tail pipes/mufflers with cutaway rear bumper. The GTC uses a similar dual-exhaust system, but tweaks may be in order to liven up the sound for American tastes, which could explain the easy-access, exposed layout.

Recent UAW negotiations with GM also revealed that an unnamed new compact car is soon to be built in the U.S. and sold as a Buick, further lending credibility to the idea that the Astra could be headed here.

If the Opel Astra GTC does come to the U.S. as a Buick, it's not entirely obvious whether it would position itself as a more-premium competitor to the likes of the Ford Focus, or a less-expensive alternative to the Audi A3. Either way, it's likely to slot somewhere between those two on pricing, performance, and features.

A convertible version of the Astra is also in the works, and could follow its hardtop sibling to the U.S.