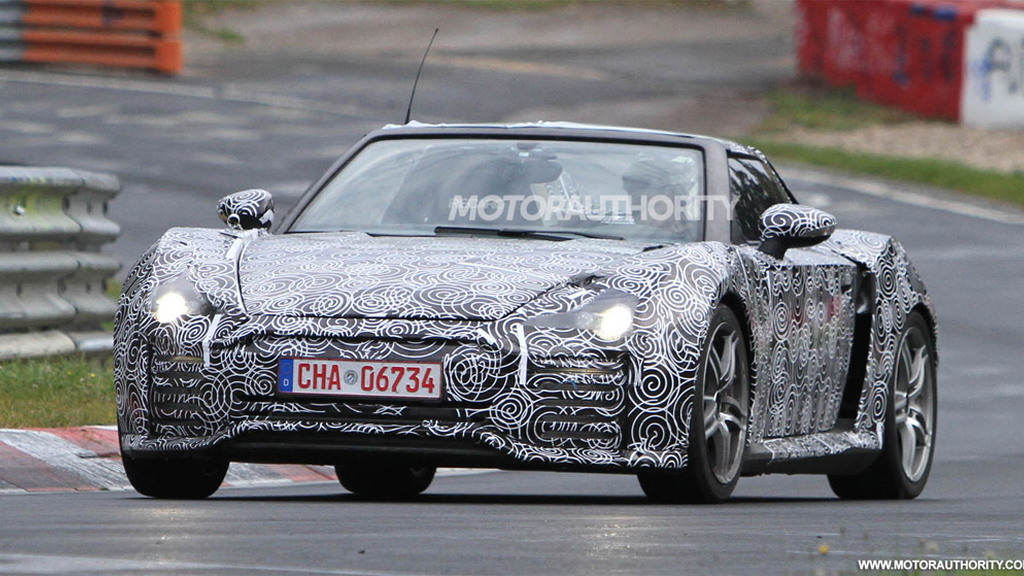 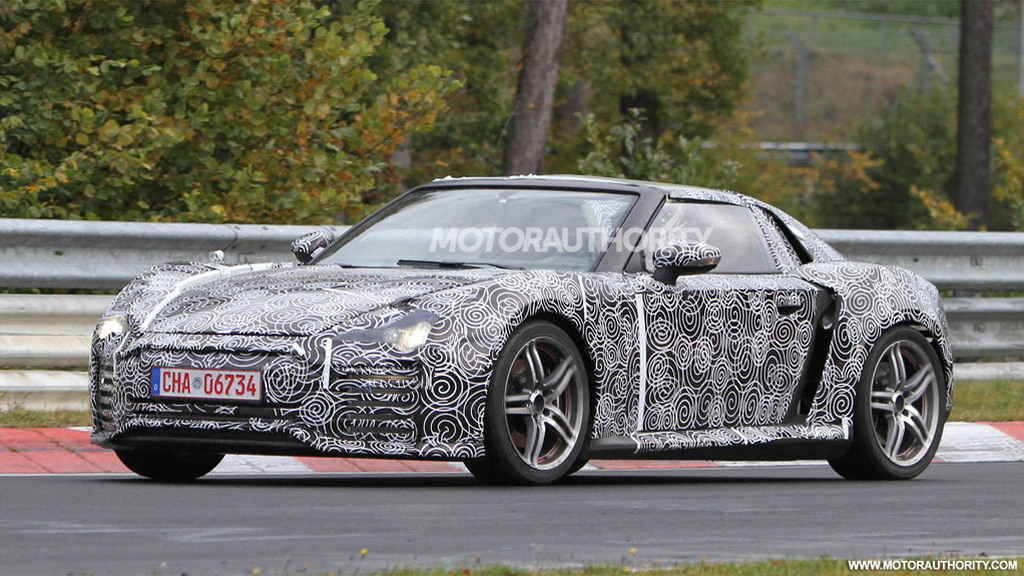 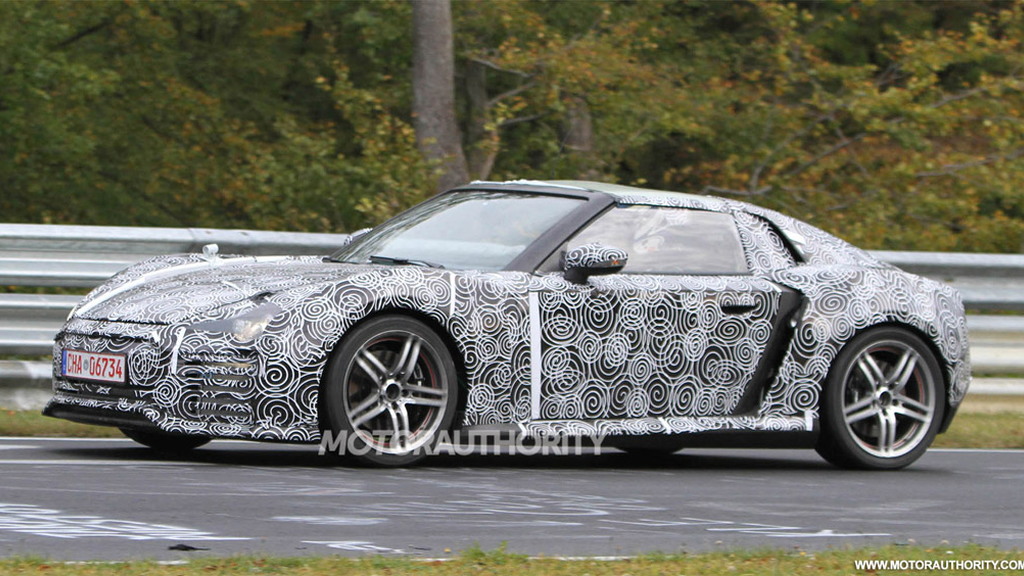 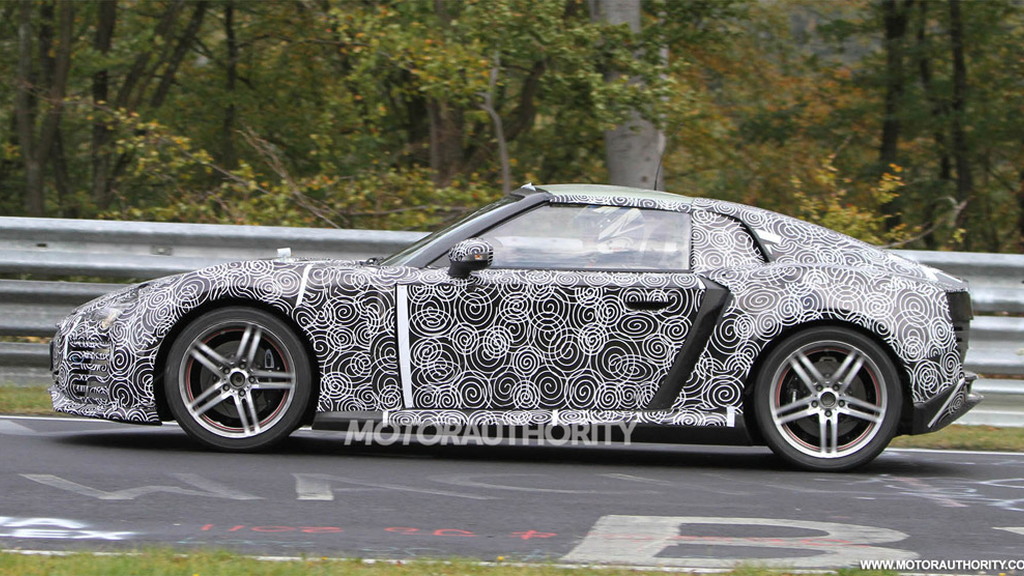 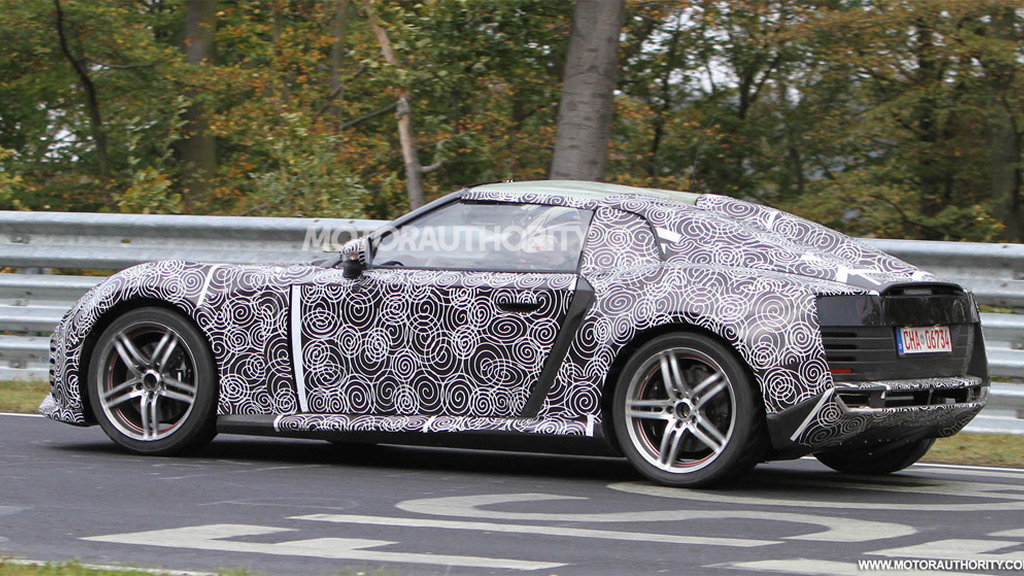 And no, it’s not a production version of the similar looking Audi e-tron Spyder Concept.

Pictured above is a prototype for the upcoming Roding Roadster 23, a two seat mid-engine sports car with a carbon fiber chassis and a powerful six-cylinder turbocharged engine.

Angular, somewhat awkward, and decidedly kit-car-like, the Roding Roadster 23 Carbon aims to hit supercar territory. Powered by a 300 horsepower and 295 pound-feet of torque engine, made almost entirely of carbon fiber and benchmarked against the Porsche 911 Turbo, it's a minimalist vehicle designed for maximum speed.

Shifting is accomplished with a six-speed manual transmission, which transfers the power to a limited slip differential with a locking effect of up to 40 percent. This divides the engine power between the rear wheels, increasing the available traction while accelerating.

Its maker also projects cornering forces of 1.4 g, and a total vehicle weight under 2,100 pounds.

While it looks the part of the weekend track car, it's intended to do double duty as a road car as well, putting it up against the likes of similarly minimalist two-seaters like the KTM X-Bow and Ariel Atom.

The "23" in the Roding Roadster's name comes from its production volume intent: just 23 of the cars will be built initially in a special limited run due for launch in the spring of 2012.