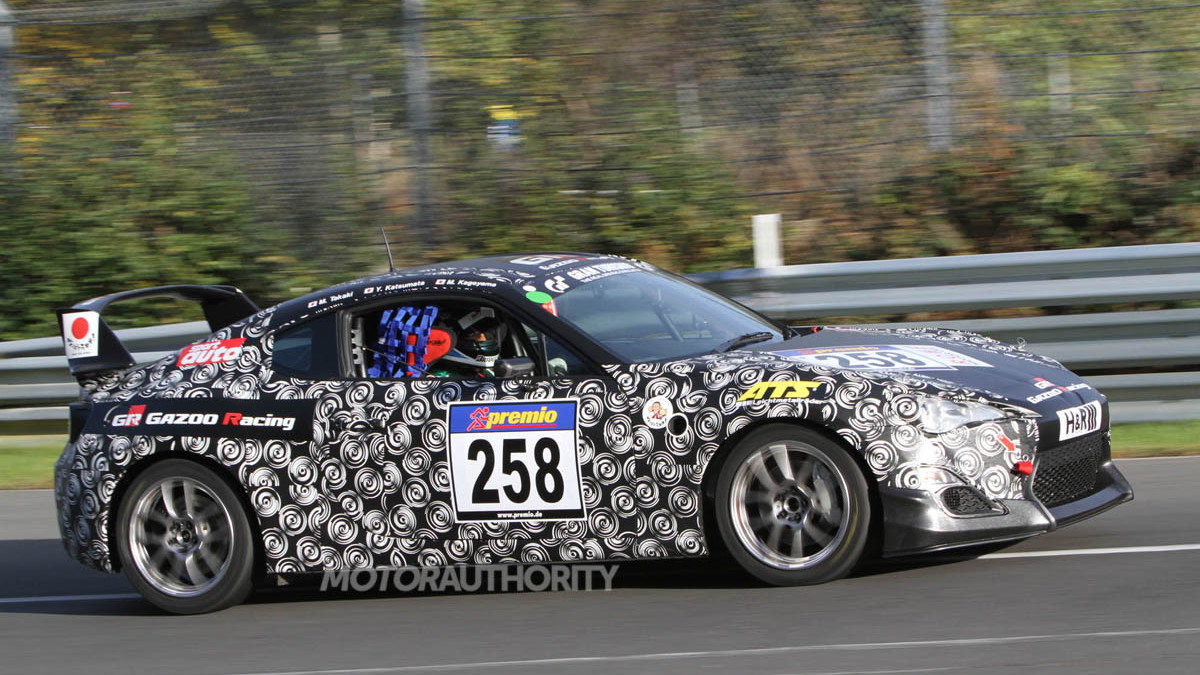 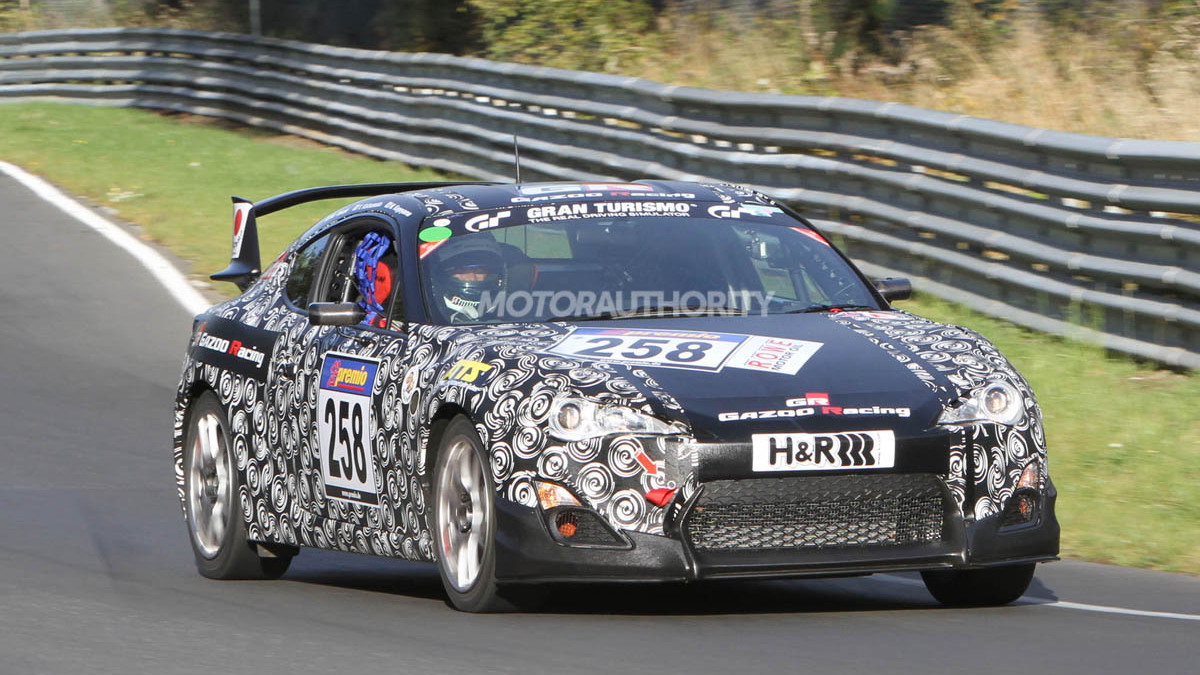 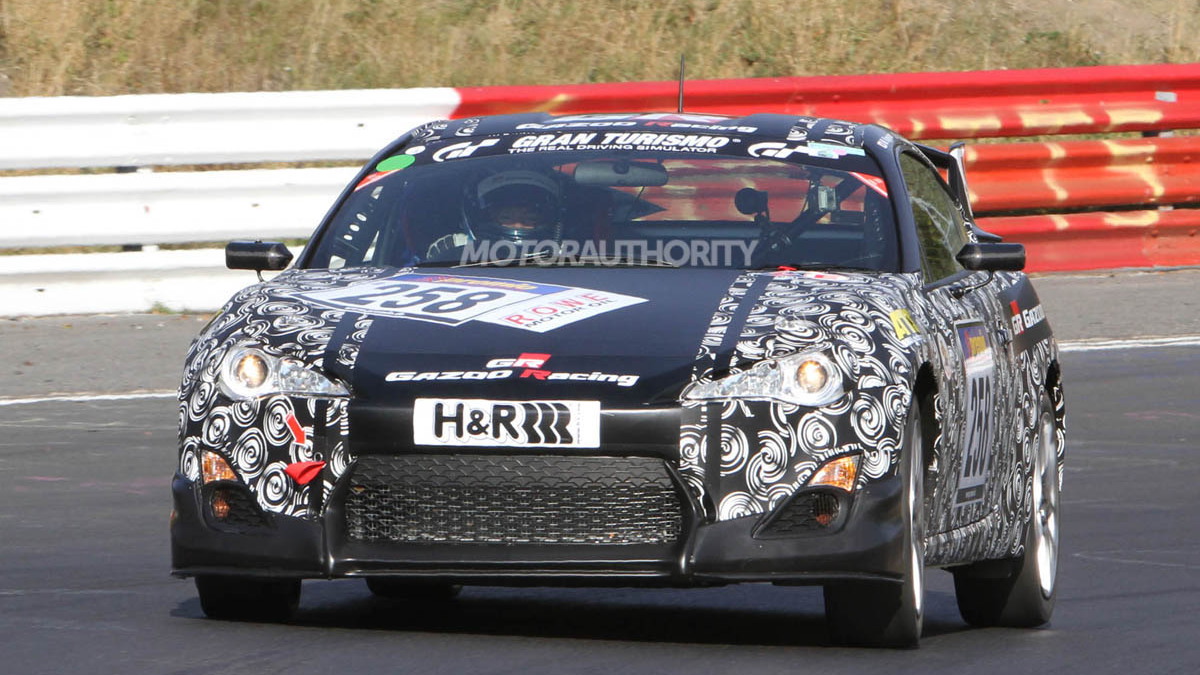 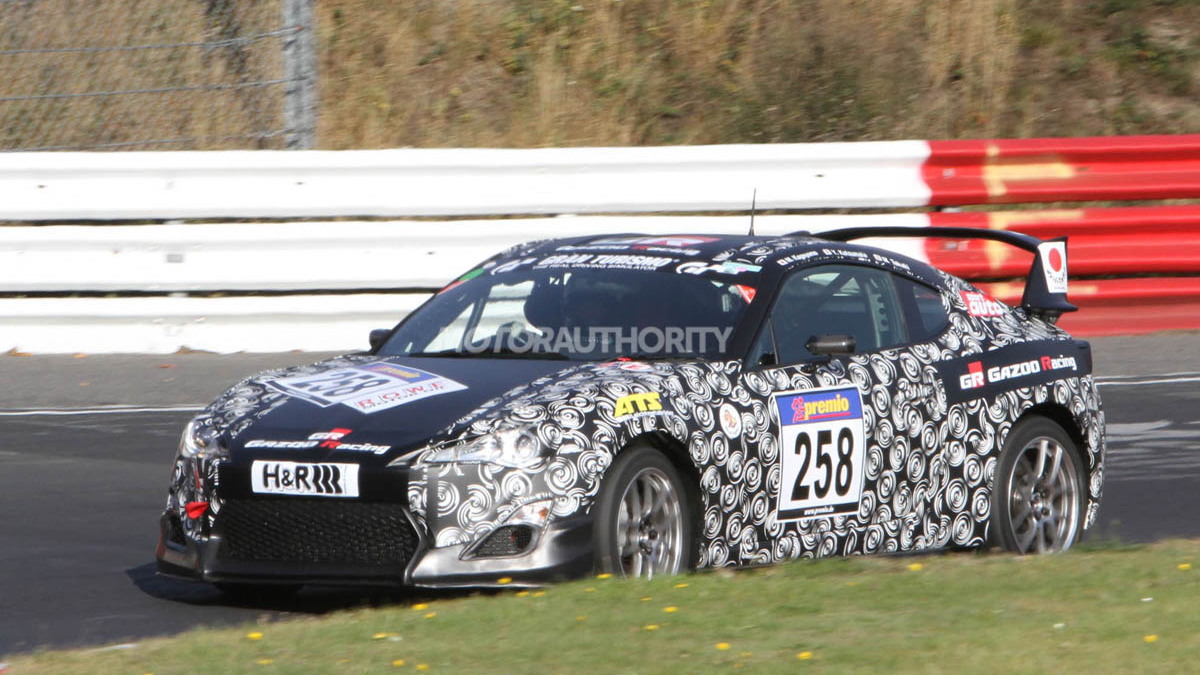 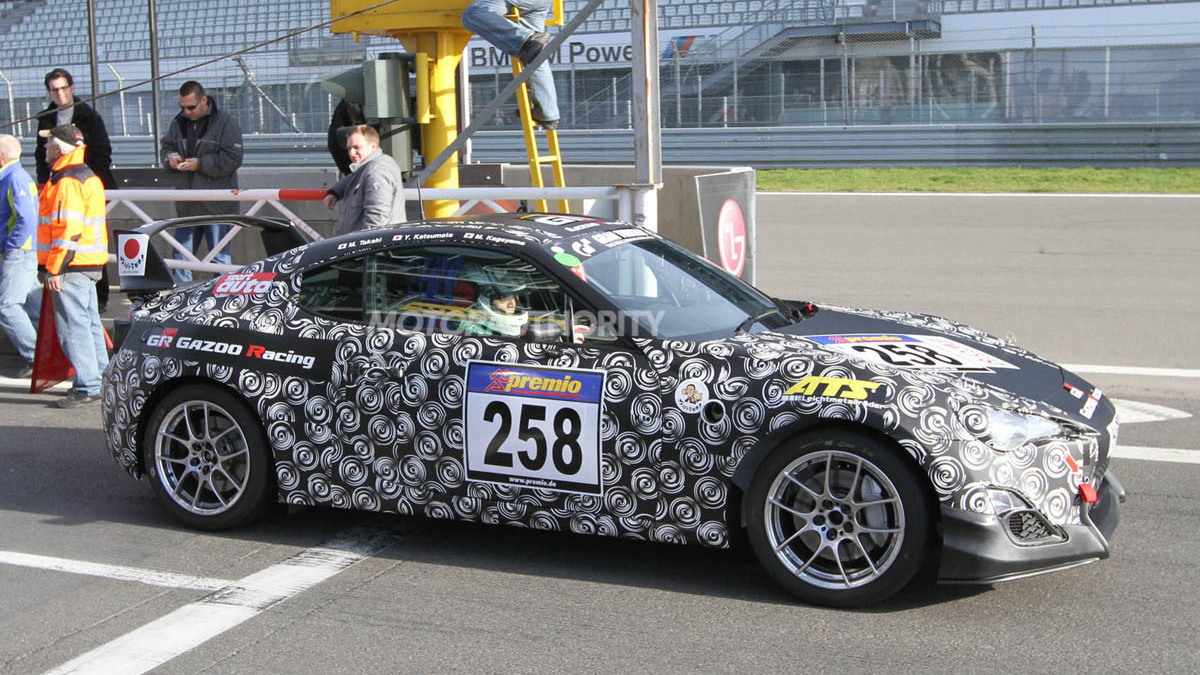 29
photos
Years in the making, long spied and often displayed at auto shows, Toyota's upcoming sports coupe, so far known as the FT-86, is coming next year. These spy shots show off a Gazoo Racing version of the car. Today, we bring you new photos of the car as it preps for a race this weekend at the Nurburgring as part of the VLN series of four-hour endurance events.

The car will be piloted by Masahiko Kagayama and Minoru Takaki. It's listed on the entry form as simply "Toyota FT86." It will be competing in the SP3 class, a division for special cars between 1.75 and 2.0 liters displacement. The new images show the drivers, the interior, and more great details of the car's hardware, including the brakes and suspension. As you can see, this is a purpose-built race car.

On the car's exterior, the first thing you'll notice is the enormous rear spoiler. Combined with the car's profile, you might be forgiven for thinking "Supra!" when you see it. Though the spoiler isn't the same shape--nor is the car--the combination is close enough to cause some fond reminiscence.

Beyond the huge spoiler, the Gazoo Toyota coupe looks to have a larger, lower front lip spoiler, a unique (possibly carbon fiber) hood, and a more diffuser-like rear underbody treatment than the standard car. We expect there to be some unique interior elements as well, including racier seats, an upgraded steering wheel, and unique badges.

Though the car is clearly still in development, and this version may be a track-only toy, it does serve to remind us just how much we're looking forward to an affordable, sporty, rear-drive coupe from Toyota--not to mention its Subaru and Scion counterparts.