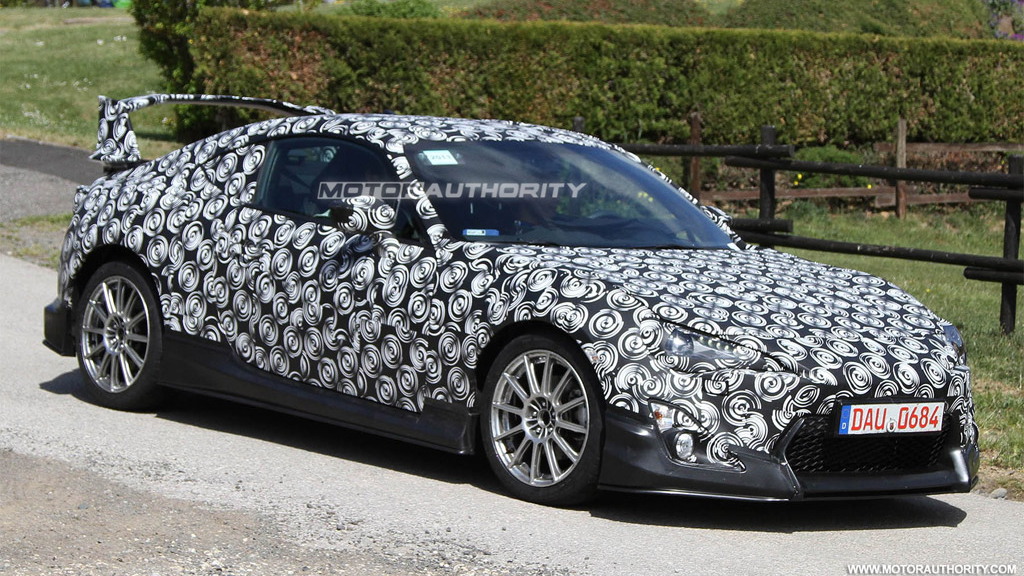 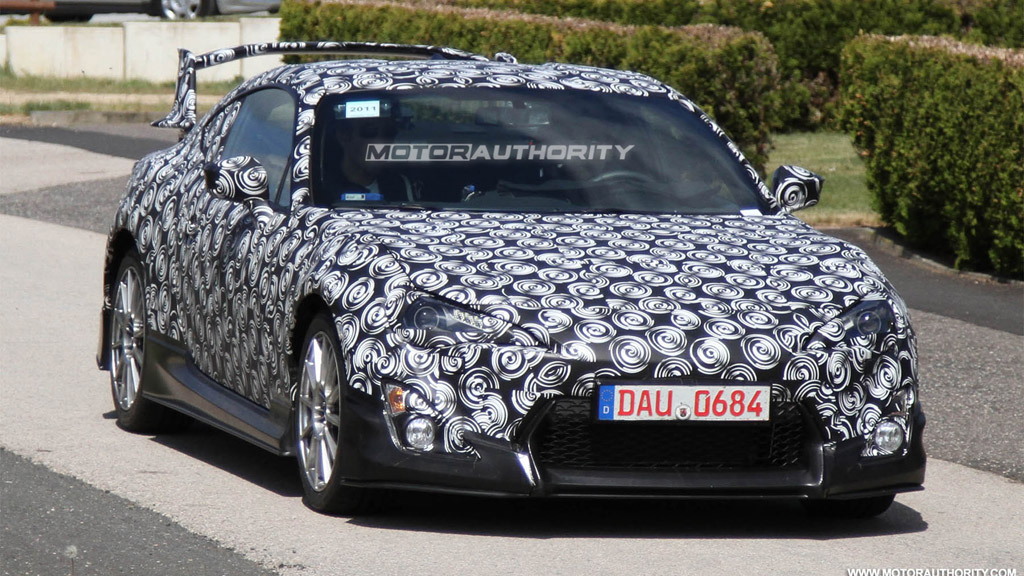 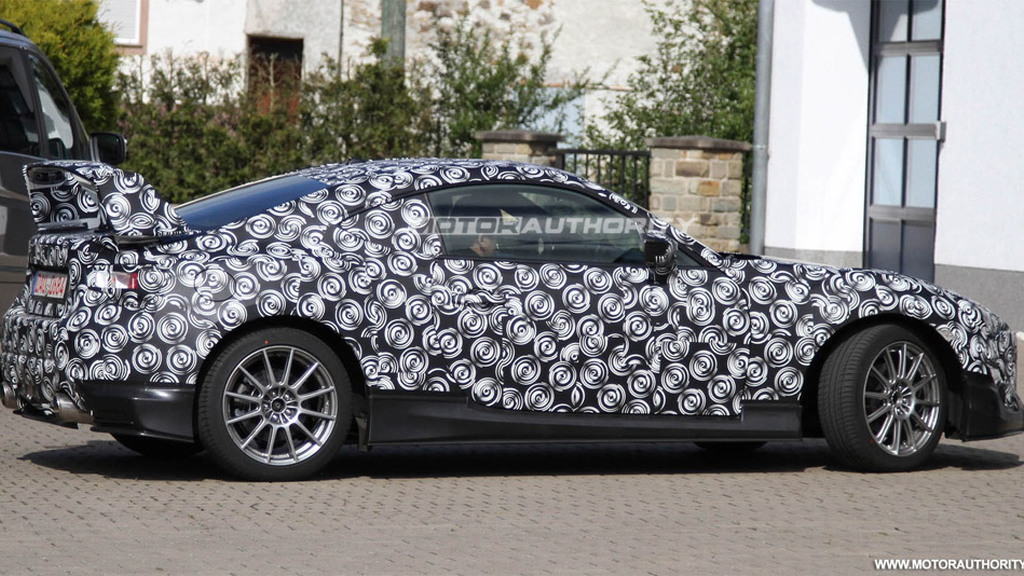 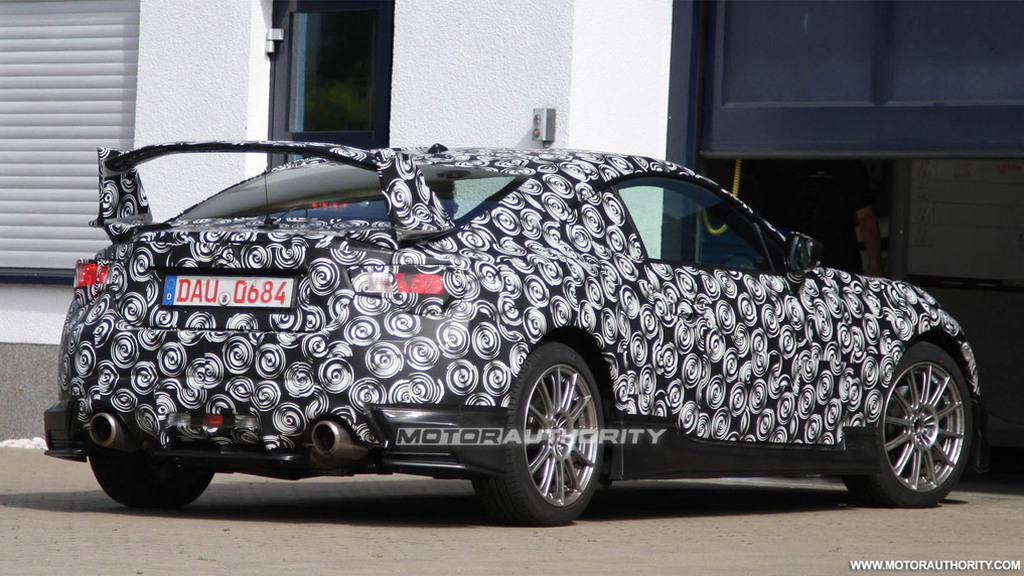 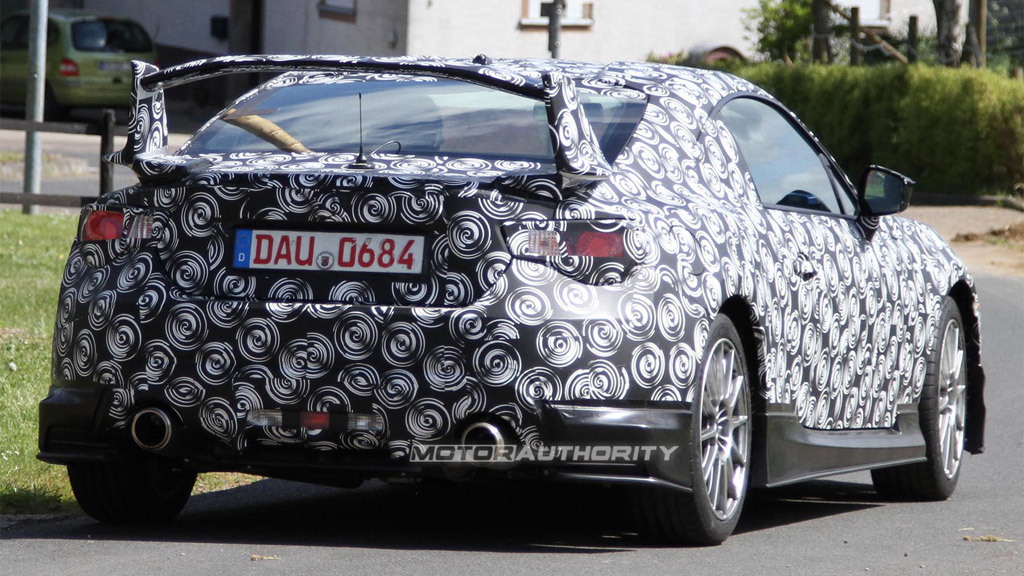 We’ve got the first spy shots of prototypes for the production version of the string of Toyota FT-86 sports car concepts shown over the past two years, as well as the scorching Scion FR-S concept shown at the recent 2011 New York Auto Show.

The prototype, seen here testing in Germany, is for Toyota's version of the car, though it will be badged as a Scion when sold in the U.S. We've also got some newer shots that reveal a sporty bodykit being developed, consisting of a deep front air-dam, chunky side sills and some new elements at the rear. It's also impossible to miss the huge rear wing spoiler, which looks very similar to those used by Subaru STI models of the past.

The lines on the body of the actual prototype, however, reveal that the aggressive styling of the past concepts, especially around the front window but also at the rear, will be toned down significantly for production.

It will still feature a front-mounted four-cylinder ‘boxer’ engine displaying 2.0-liters and developing around 200 horsepower in base trim. We say base trim as there’s word that a turbocharged model with more than 300 horsepower could be developed.

The horizontally-opposed boxer engine’s compact size and shape allows the powertrain to be mounted lower and further back towards the rear, giving the car a lower center of gravity and a dynamically favorable front-to-rear weight ratio. Both direct and port injection will ensure output and fuel economy are strong.

Sending drive to the rear wheels will be a standard six-speed manual. A six-speed automatic will be offered as an option. The manual will come with a short-throw shifter, while the automatic transmission gets steering wheel mounted paddle shifters for pseudo manual control.

A limited-slip differential will also come as standard, as should a set of lightweight 18-inch alloy wheels.

As we all know, Subaru will launch a slightly revised version but it’s not clear how far along development of the Subaru version is, nor which markets it will be offered in.

First sales of the new rear-wheel drive sports car from Toyota will commence in the first half of next year, possibly with a showing in full production trim at the 2011 Los Angeles Auto Show this November.

The good news is that since it's to be sold as a Scion here, custom-order trim kits, performance parts and infotainment systems are sure to be in the mix.