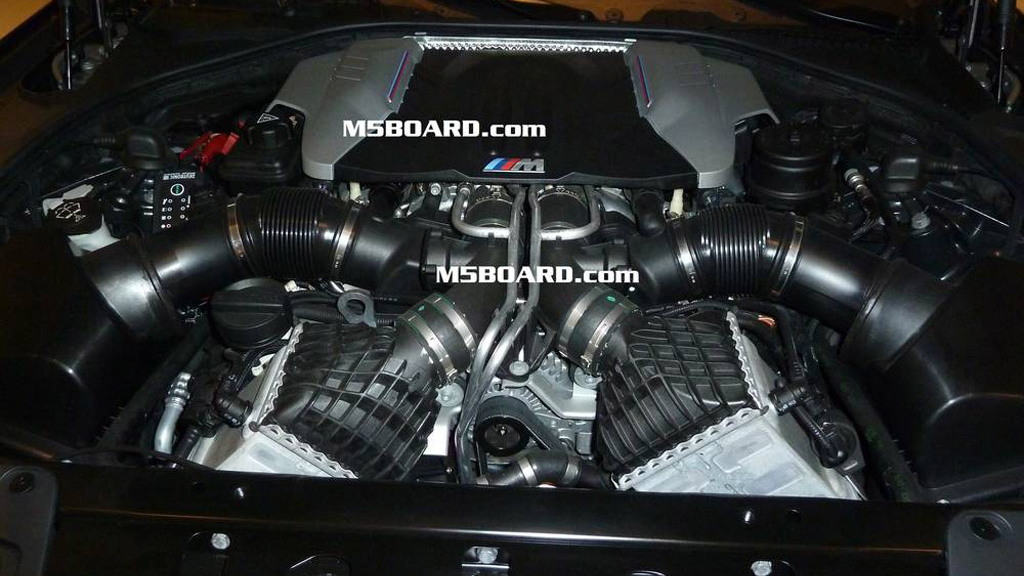 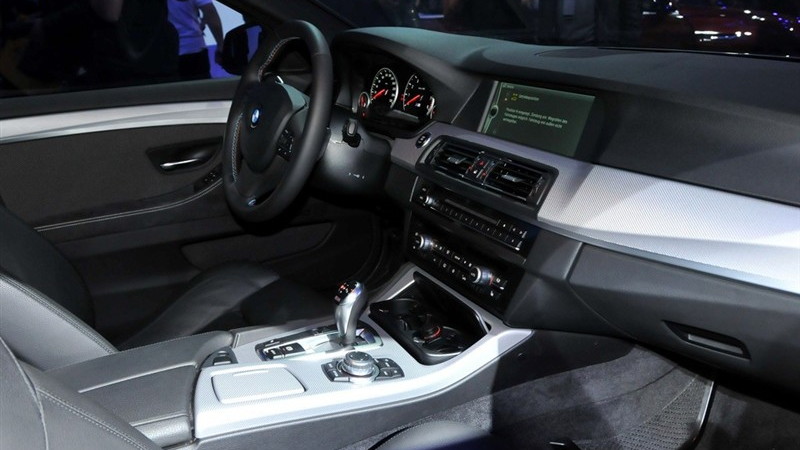 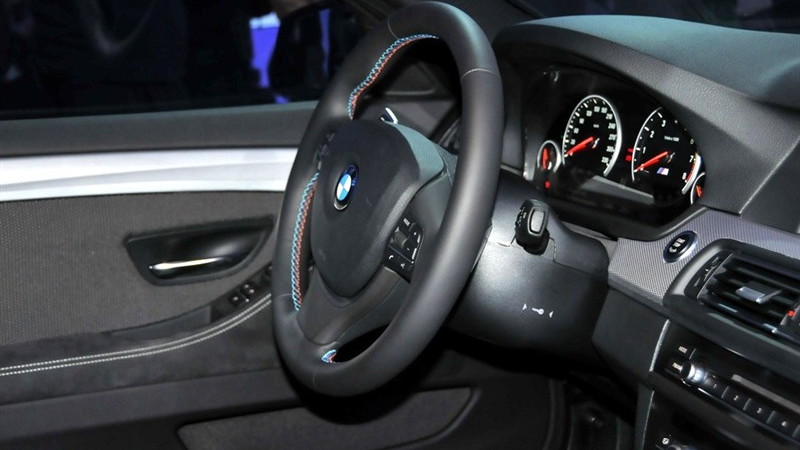 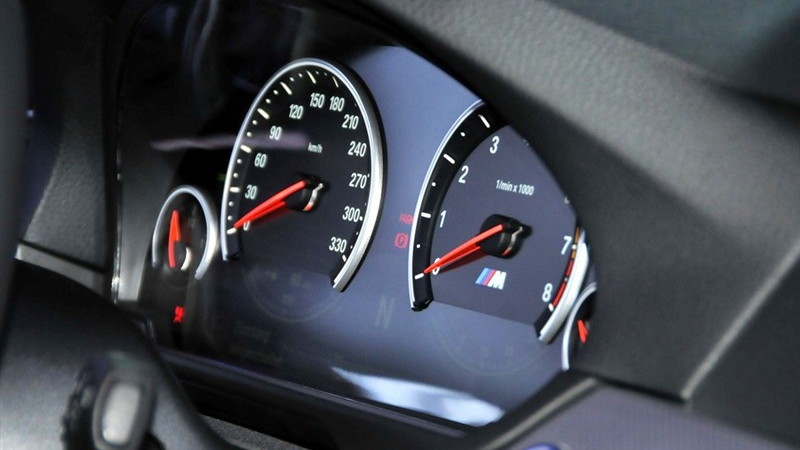 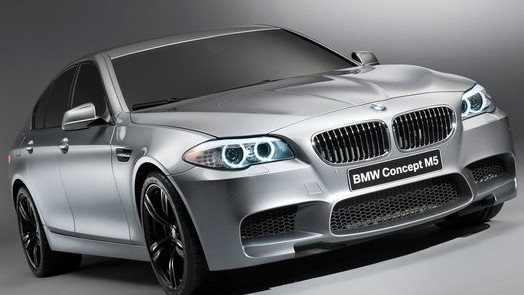 The brand new 2012 BMW M5 is scheduled to be unveiled in just a few months at the 2011 Frankfurt Auto Show but a near production-ready concept version of the car, the aptly named Concept M5, was recently unveiled at the 2011 Shanghai Auto Show.

BMW only officially revealed the concept’s exterior, which points to the styling direction the production model will take. However, since its unveiling late last month, a number of images of its interior and now its engine, too, have leaked onto the web.

Note that since this is a concept, the features understandably are a little unrefined. Final details will be nailed by the time production comes around.

As we already know, the 2012 BMW M5 will feature an uprated version of the twin-turbocharged 4.4-liter V-8 nestled in the current X5 M and X6 M (pictured below). In the performance SUV duo the engine is rated at 555 horsepower and 500 pound-feet of torque but in the new M5 this output should be lifted to around 580, maybe even 600 horsepower, with torque coming in at around the 550 pound-feet mark.

Special features of the M V-8 is a pulse-tuned exhaust manifold and two low-mass twin-scroll turbochargers positioned together with the catalytic converters in the ‘V’ section between the two banks of cylinders. By reversing the flow of gases through the engine from traditional arrangements, the intake and exhaust ducts are shortened and widened. The result is that pressure losses on the exhaust side are minimized.

This configuration, known as Cylinder-bank Comprehensive Manifold (CCM), offers quick turbo spooling, a linear build-up of engine power, and a broad, consistent torque curve by feeding each of the twin turbochargers with a ‘charge pulse’ at approximately every 90 degrees of crankshaft rotation, rather than the more traditional ‘irregular schedule’ of charging.

Sending drive to the rear-wheels, or possibly all four wheels, will be a seven-speed M-DCT dual clutch transmission. There’s a chance also that the U.S. market will receive a conventional six-speed manual transmission as an option--fingers crossed.

Look out for the official world debut of the new 2012 BMW M5 this September but in the meantime, click here to read up on the Concept M5 and here for some spy shots of the new car.