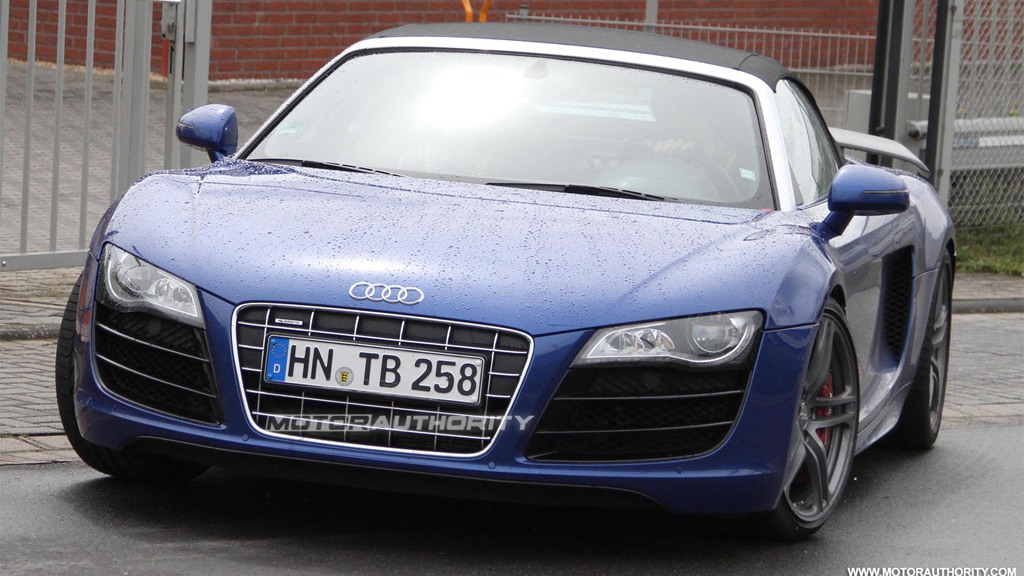 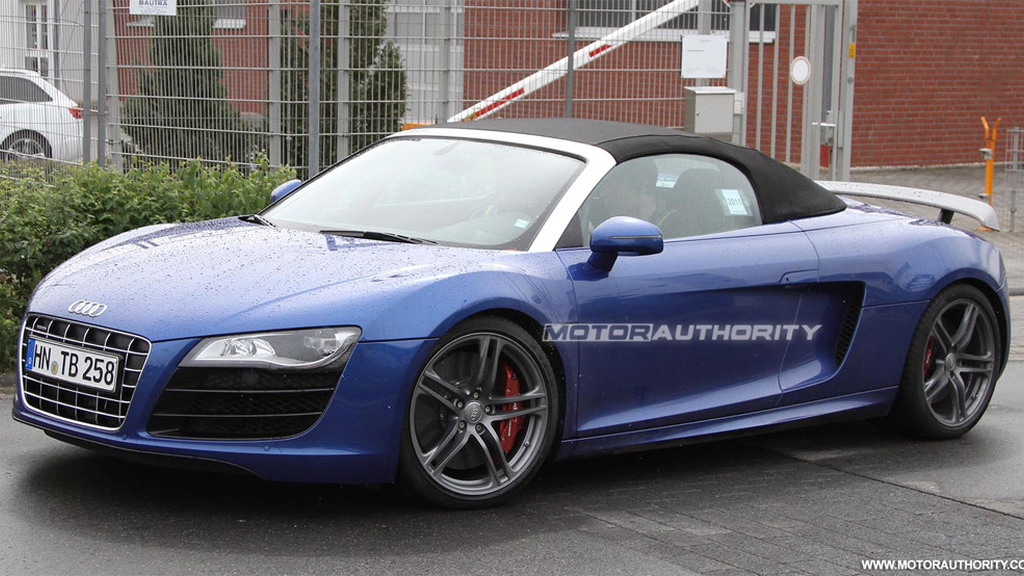 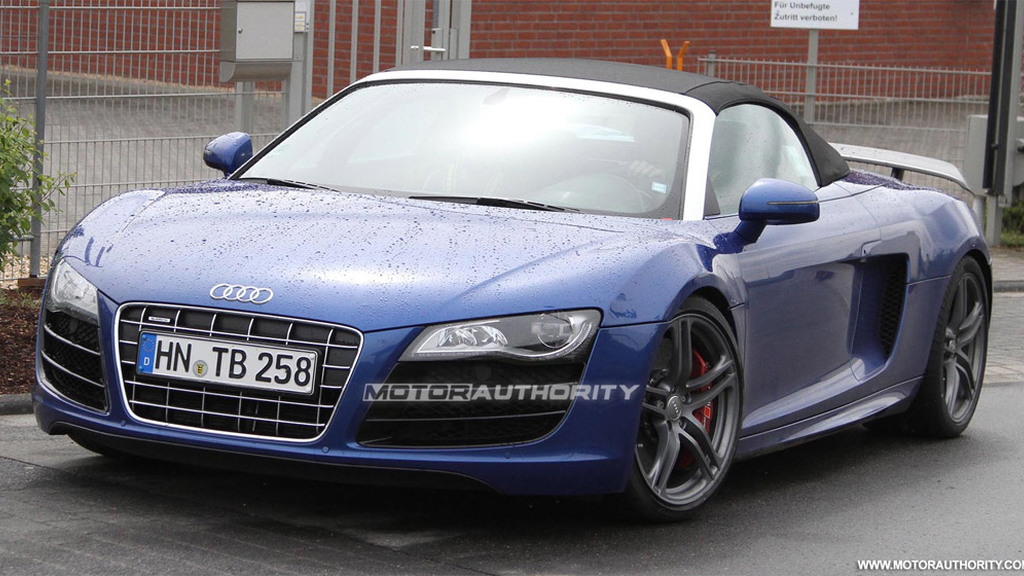 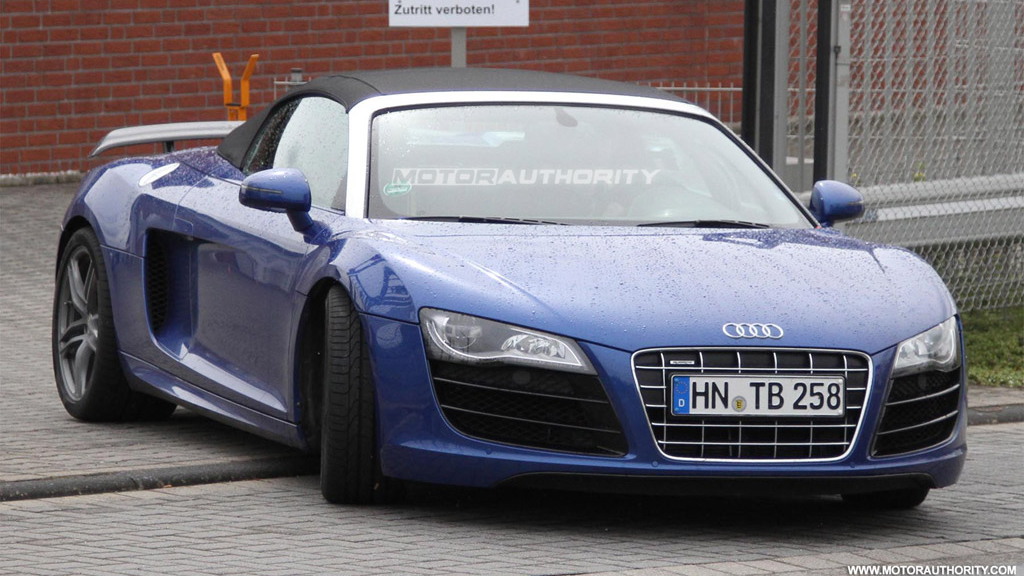 We’ve seen the teasers, now here’s the first round of spy shots for the upcoming Audi R8 GT Spyder. The convertible supercar is scheduled to be revealed for the first time at the Le Mans 24 hours endurance race this June ahead of an official world debut at the 2011 Frankfurt Auto Show in September.

As with the R8 GT hard-top that recently went on sale, Audi engineers are thought to have shed some 220 pounds from the R8 Spyder’s curb weight. This was done likely through the use of light weight carbon fiber and aluminum, thinner glass and sheet metal and a fixed rear wing in place of the previous automated one.

The hardcore convertible will also sport the same 560 horsepower and 398 pound-feet of torque version of the R8’s 5.2-liter V-10 engine, which the automaker claims is good for 0-60 mph acceleration of around 3.6 seconds and a top speed of 193 mph.

Drive will be sent to all four wheels via an uprated version of Audi’s six-speed R-tronic robotized manual transmission and a viscous coupling that sends up to 85 percent of torque to the rear wheels during normal driving. Of course, more torque can be sent to the front wheels should the system detect a loss of a traction.

Setting apart the R8 GT Spyder from the regular fleet will be a unique front splitter with carbon fiber canards, matte grey highlights and custom wheels. Inside, there will be plenty of Alcantara and carbon fiber to ensure that this special edition model certainly feels special.

Production numbers will likely match those of the hard-top R8 Spyder, 333 units, and only around 90 of these are likely to make it to the U.S. sometime next year. Expect pricing to start well above the $196,800 sticker of the hard-top.

Note, this isn’t the only R8 prototype currently testing in Europe. Audi is thought to preparing a new S tronic dual clutch transmission for its R8 supercar, which it looks like it has fitted to these two prototypes spotted earlier.