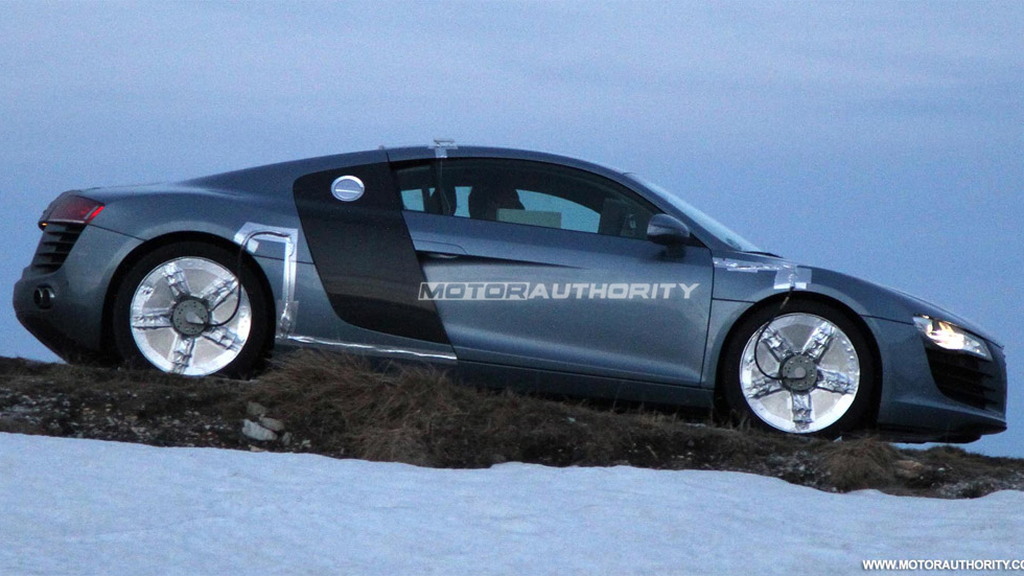 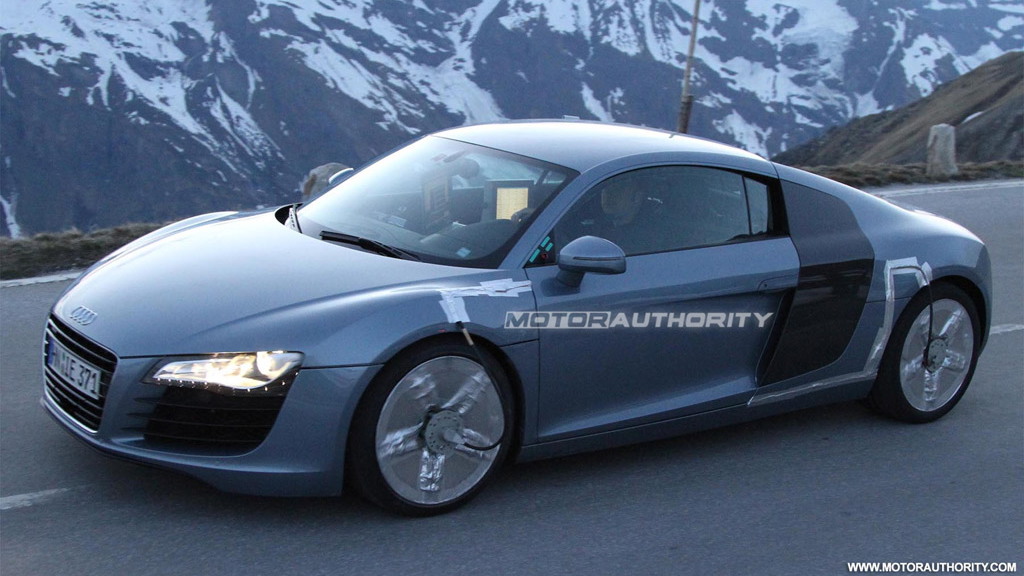 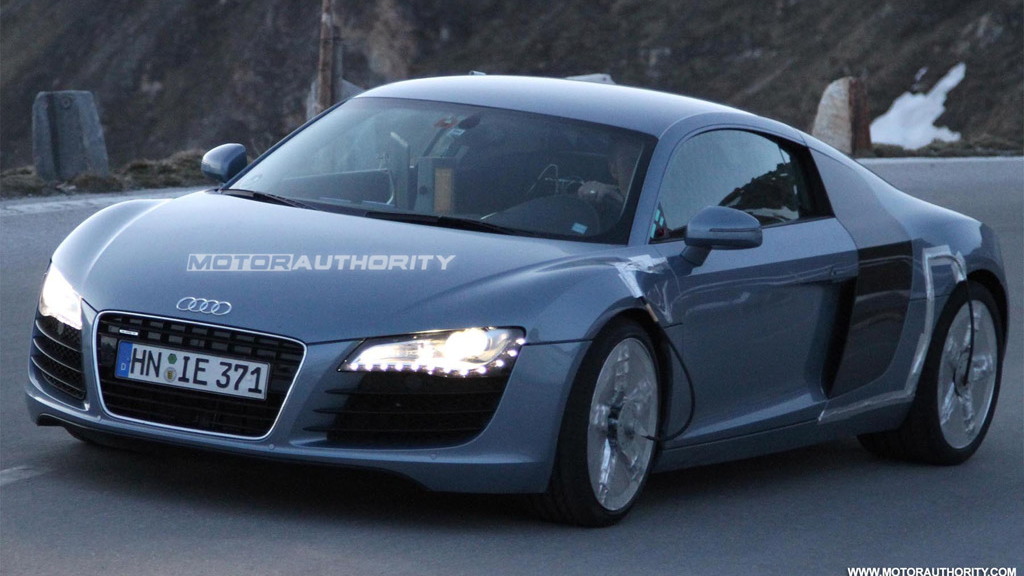 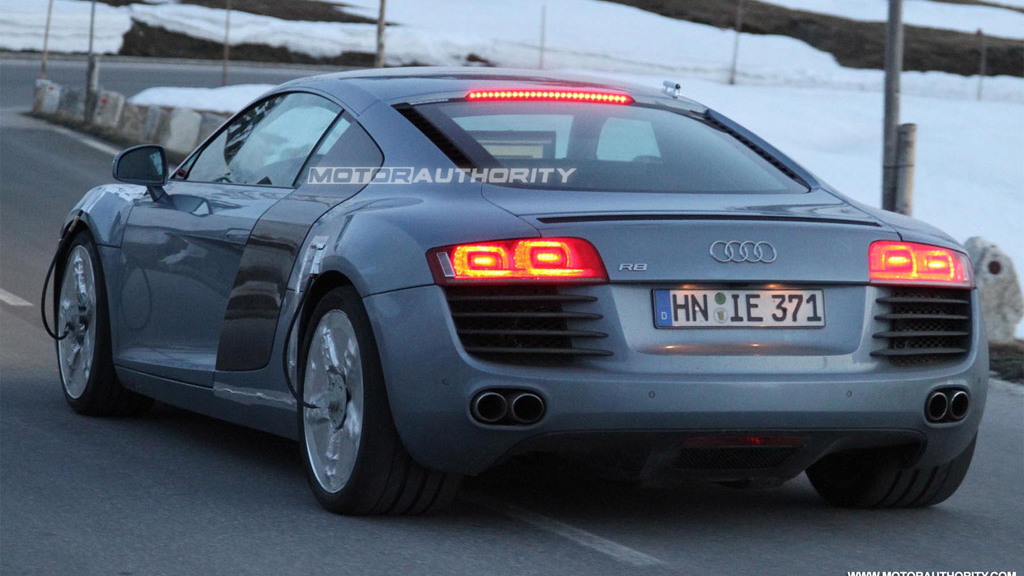 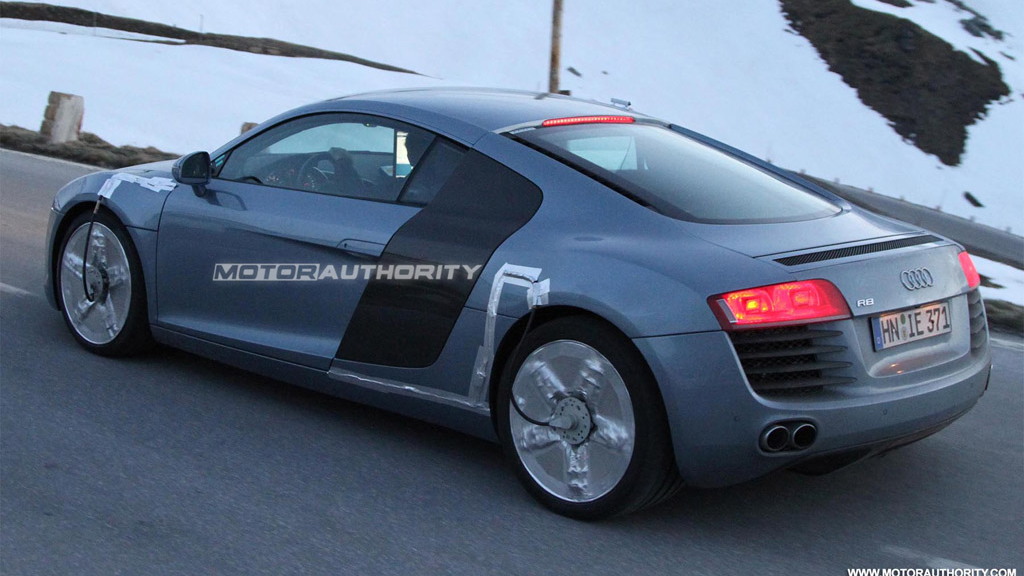 Since the unveiling of the Audi R8 back in late 2006 the iconic supercar has undergone few major changes apart from the introduction of a V-10 model in addition to the original V-8, as well as a drop-top Spyder, which comes with either engine.

That doesn’t mean the car is without its criticisms. One of the biggest is the R8’s available R tronic automated manual transmission, which features a single clutch and can be quite jerky.

It turns out Audi is keen to remedy this issue and replace the R tronic with an advanced S tronic dual clutch unit. A dual clutch unit would not only be more fuel efficient but it should also offer much quicker and smoother gear changes.

Seen here are two prototypes, both a R8 Coupe and Spyder with V-8 engines, testing what’s believed to be a new S tronic dual clutch transmission and packed with a ton of electronic equipment.

Our source tells us that the cars were fitted with a makeshift electronic parking brake next to the regular production unit and that a warning label inside read “Kupplung sehr empfindlich”, meaning that the clutch is very sensitive, or touchy. Our source also tells us that the prototypes were spotted in a hilly area known for testing two main features--brakes and transmissions.

Attached to the wheels are special torque sensors, designed to detect the amount of wheel slippage. They are likely sending feedback for new transmission programming.

Unfortunately, it looks like the prototypes are at an early stage of testing their new transmissions so it could be some time before we hear or see any announcement from Audi.