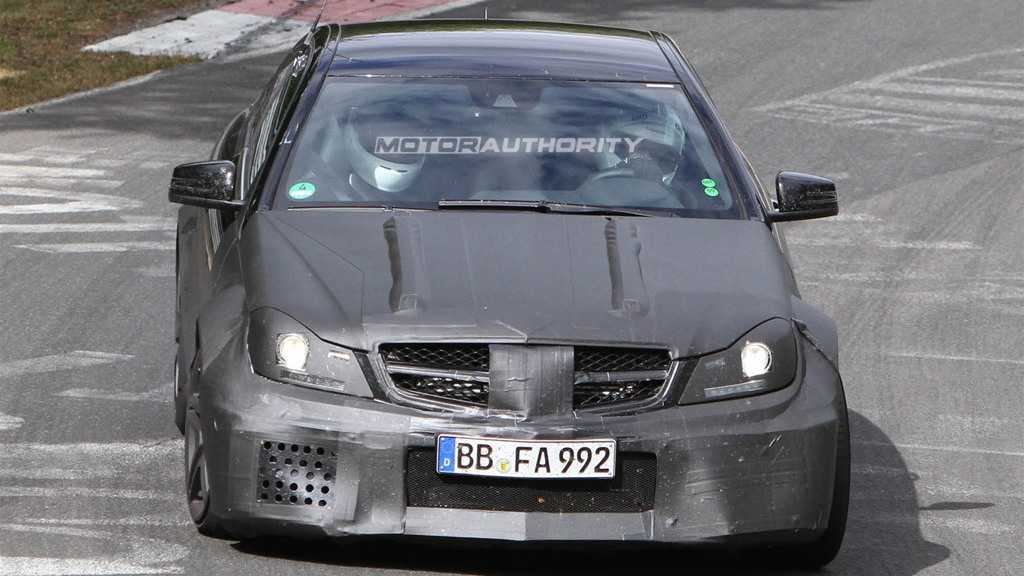 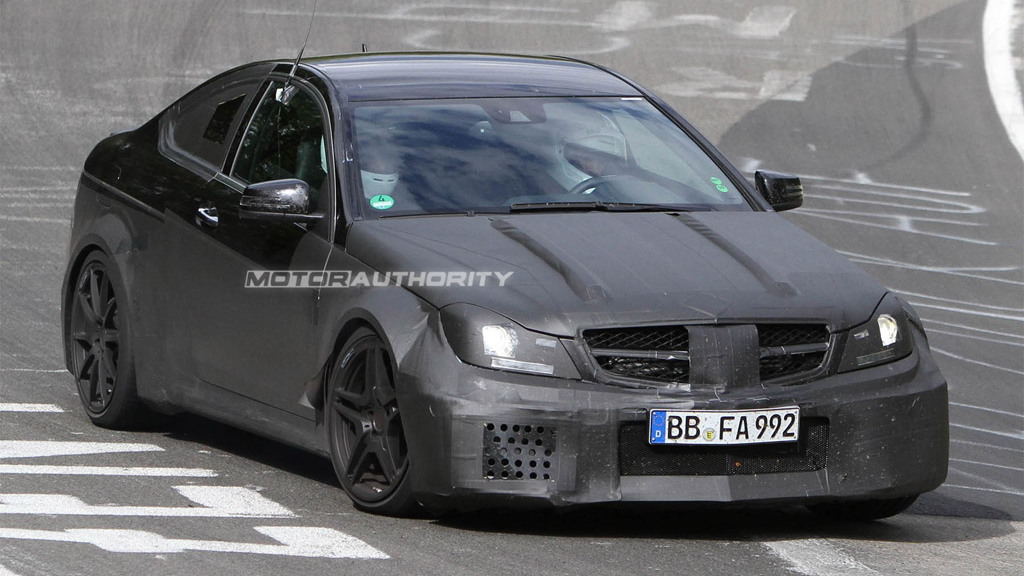 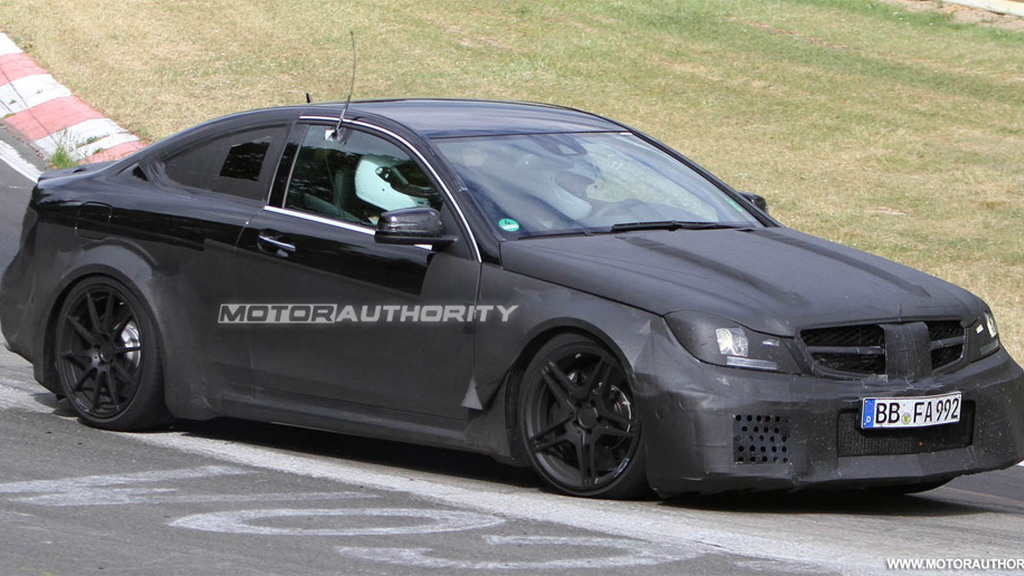 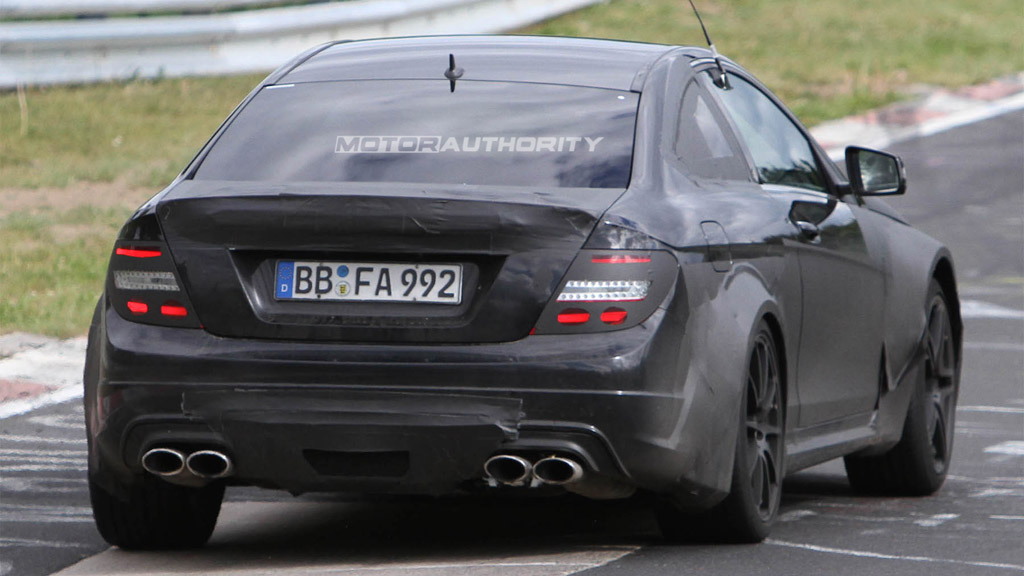 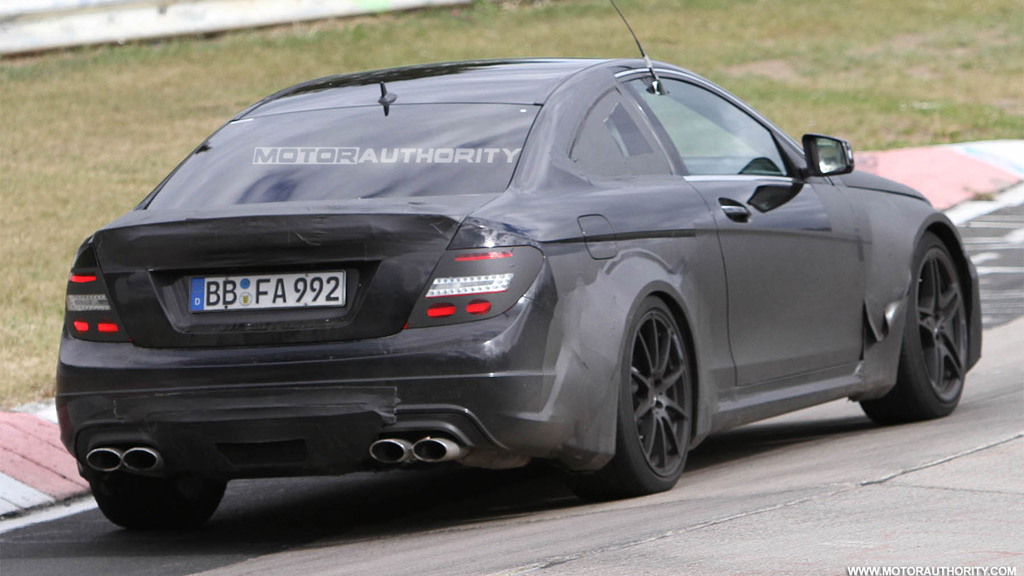 Earlier this year we brought you the first spy shots of the 2012 C63 AMG Black Series, and today we have fresh images of a moderately disguised the coupe version of the car, the 2012 Mercedes-Benz C63 AMG Coupe Black Series--only this time it's at the notorious Nurburgring circuit in Germany.

Like its four-door sibling, we expect the C63 AMG Coupe Black Series to pack a super-potent version of the 5.5-liter twin-turbo V-8 found in the CLS63 AMG. The standard C63 AMG Coupe is making do with the 6.2-liter naturally-aspirated V-8 for this year model, though it too may upgrade to the 5.5-liter turbo within the next few years.

Given that the standard C63 AMG Coupe is rated at 457 horsepower, we expect the Black Series model to reach nearer the 550 horsepower mark, and perhaps even higher. As usual, the Black Series' pricetag will come with a range of weight savings materials and modifications, a unique, wide-body look, and upgraded wheels, tires, and suspension.

With a 2012 model-year tag on the car, the C63 AMG Coupe Black Series could be on the roads later this year or early next, though at this point, it's all speculation. Whenever it comes, and whatever form it takes, expect it to be the ultimate expression of AMG's tuning ability for the brand new C-Class Coupe.