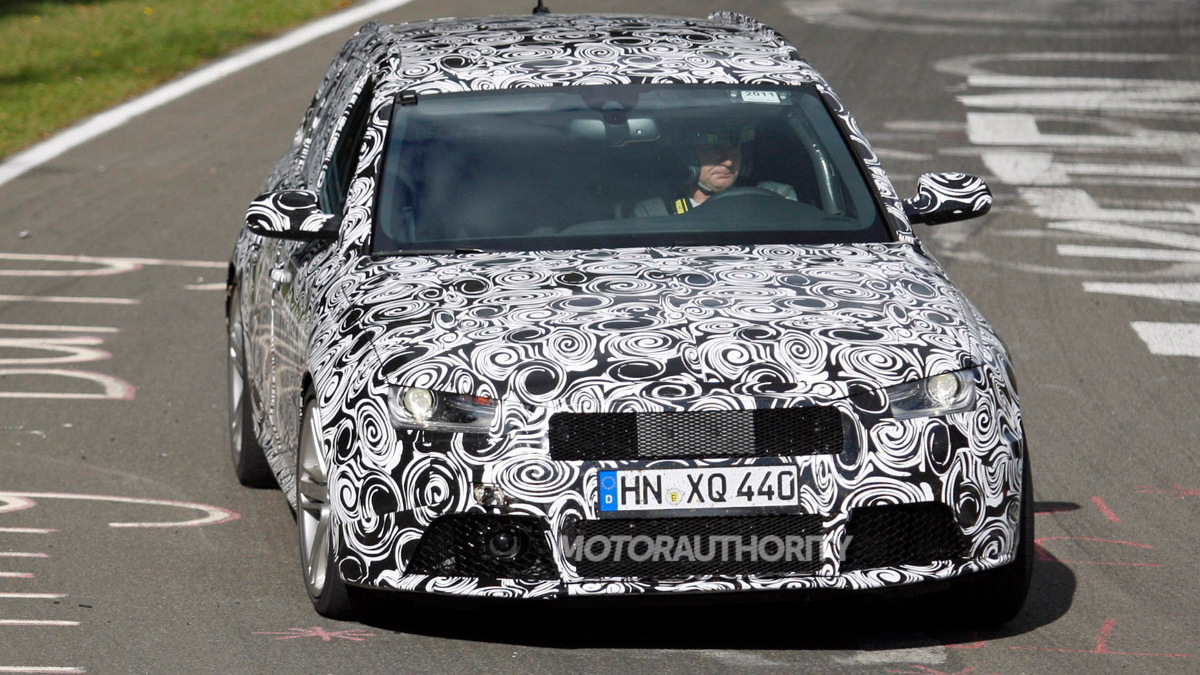 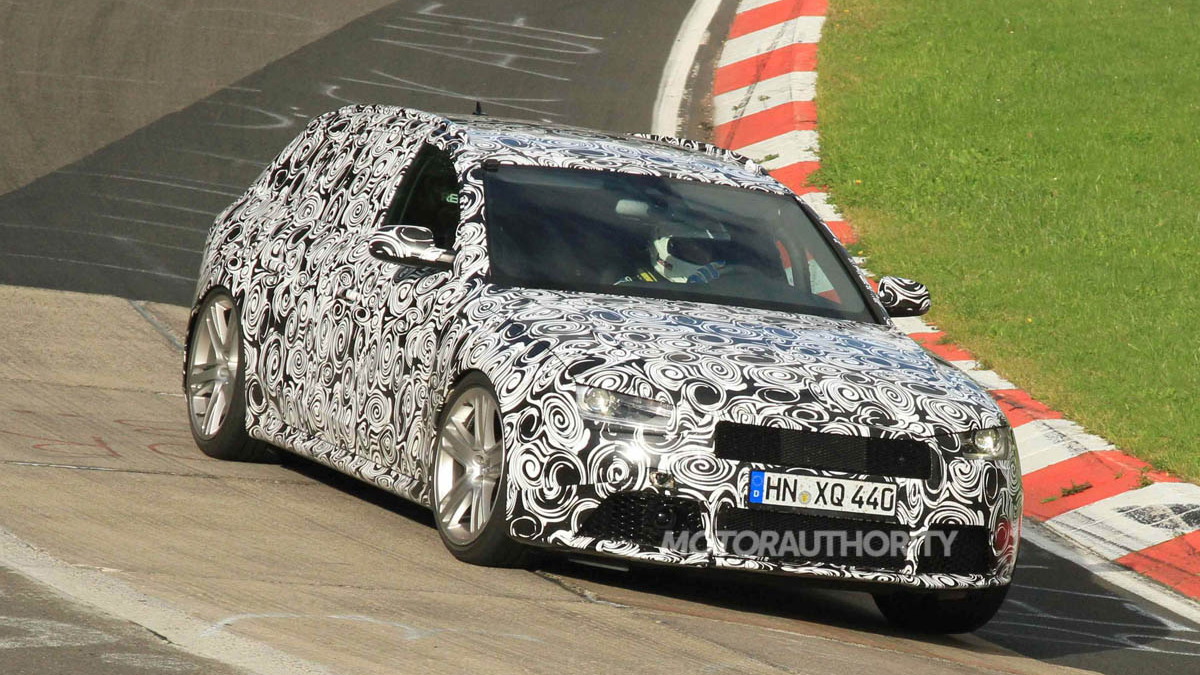 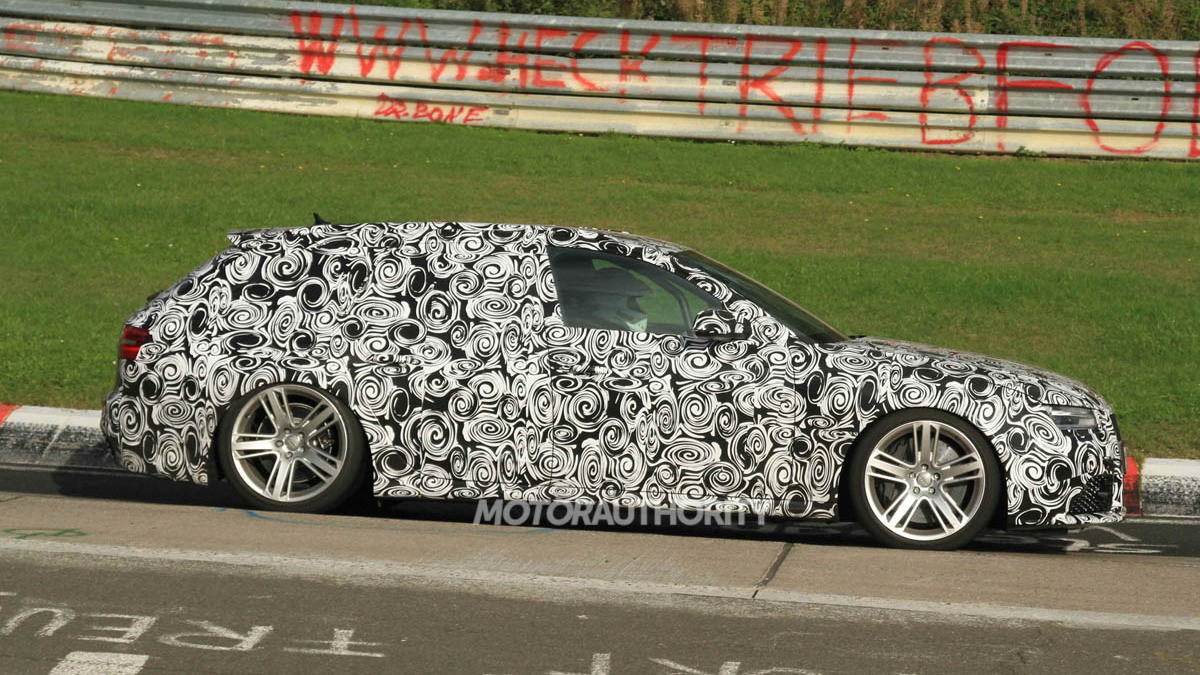 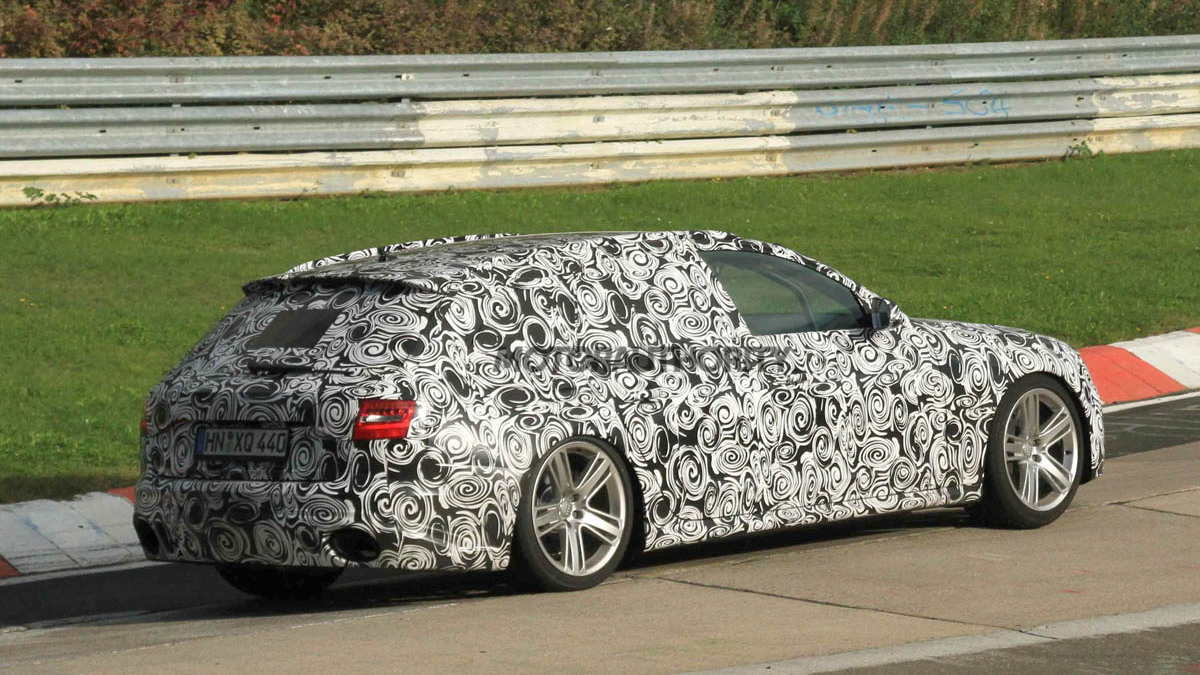 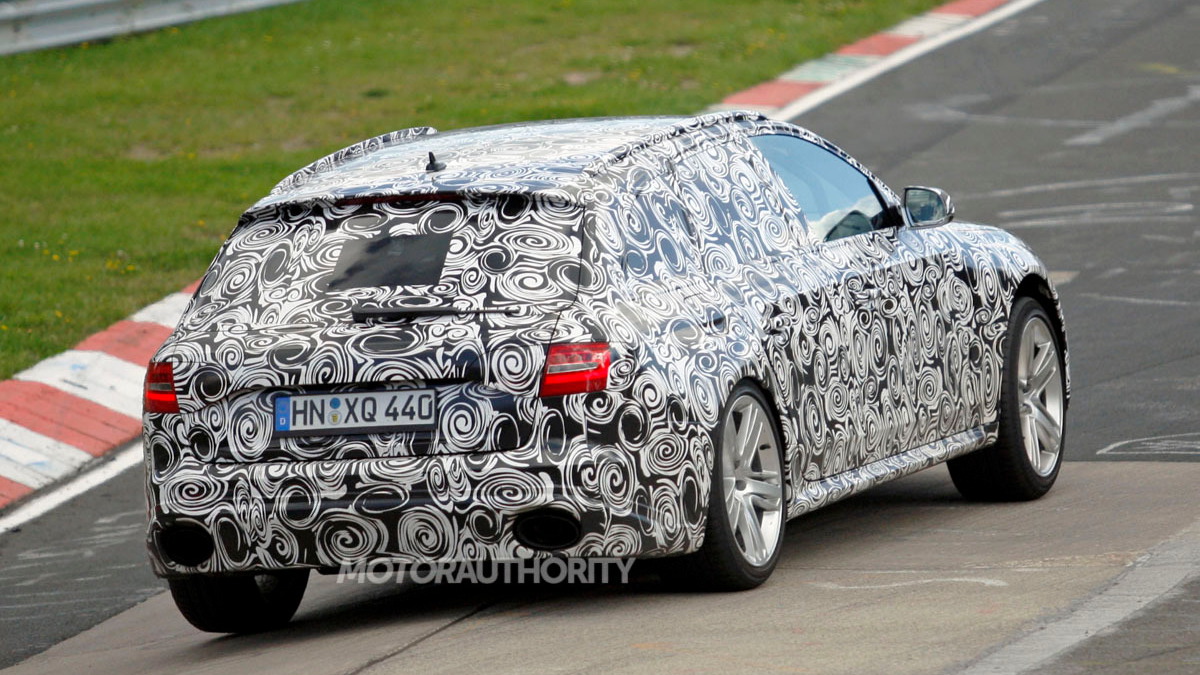 6
photos
Update: The 2013 Audi RS4 Avant has been revealed. Click here for all the details and images.

The Audi TT RS has just made its showroom debut here in the U.S. and has been winning accolades from most that have driven it, including us, but there are still several other high-performance RS models in the pipeline that should get your heart racing.

One of these is a new RS4, a model that hasn’t been in production since 2008.

One of our spy photographers recently captured on video a prototype for the new RS4 as it was running up some hot laps at the Nurburgring race track in Germany.

Based on a facelifted version of the A4 due late next year as a 2013 model, this particular prototype is for the RS4 Avant wagon but a sedan is also expected.

Sadly, the guttural sound of the previous generation’s naturally aspirated V-8 appears gone, replaced instead by what is most likely a force-fed V-6 engine. However, if we’re lucky, it could feature the newly developed twin-turbo 4.0-liter V-8 installed in the recently revealed S6 and S7.

Peak output should come in at the 420 horsepower and 405 pound-feet of torque level so as to not step on the toes of its bigger brother, the RS5, which bows into showrooms next summer in both coupe and convertible bodystyles and packing a 450 horsepower V-8. Quattro all-wheel drive and the choice of six-speed manual or seven-speed S tronic dual clutch transmissions should also be offered.

For more details on the 2013 Audi RS4, including more spy shots, click here.